Mosquito-Flavored Popcorn, or What Climate Scientists Are Getting Wrong (Episode 8 of Crazy Town)

Did you know that we can lose half our food supply and it won’t matter? That’s because agriculture is only 3% of GDP, so there’s no need to worry about the effects of climate change on farming. Or so says the latest genius to win the Nobel Prize in economics. Just as four big oil and gas producers block the UN climate policymaking conference in Katowice, Poland from welcoming a report on the science of the 1.5 degree Celsius (°C) target which it had commissioned three years earlier in Paris, new evidence has emerged of the striking contradiction between word and deed at COP24. When I Woke up this Week, the Sun was Blocked out by Smoke

When I woke up this week, the sun was blocked out by smoke. I’m writing this on August 19, 2018 from Prince George which, according to the map on my computer, has an air quality index rating of 224 aka Purple aka “Very Unhealthy.” The U.S. Just Suffered the Hottest May-June-July on Record

For the three-month period of May to July, the entire contiguous United States (CONUS) “ranked hottest on record,” as the National Weather Service in Los Angeles, California tweeted out Wednesday, adding that “records go back to 1895.” Terrified by ‘Hothouse Earth’? Don’t Despair — Do Something.

Building a world that works for everyone is exactly what we should refocus our efforts on doing when we read scientific studies that scare the hell out of us. A new study finds that it was a severe and long-lasting megadrought that destroyed the great Mayan civilization a thousand years ago. But the research has ominous relevance for us today... 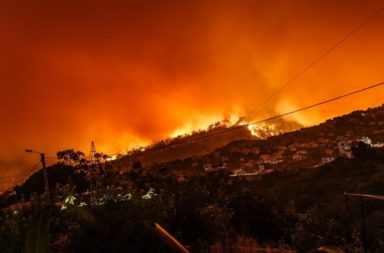 Climate Breakdown: Where is the Left?

For some on the left, environmental justice remains as important to their DNA as any other type of justice: their heart always has been, and still is, firmly in it. But more generally, some things still feel a bit… lacking. Controversy over Britain's plans to build a third runway at Heathrow Airport in London, already the second busiest airport in the world, escalated last month with MPs backing the airport expansion. On the last day of the United Nations climate summit in Bonn, Germany, we get a wrap-up on negotiations. This year is the first COP since President Trump vowed to pull the United States out of the landmark 2015 Paris climate deal, a process which takes four years.

Climate Change: Preponderance of the Great

I should be grateful that climate change is at long last making the news, that more and more people who constitute the fabric of my everyday life are finally curious about what has obsessed me for so many years.