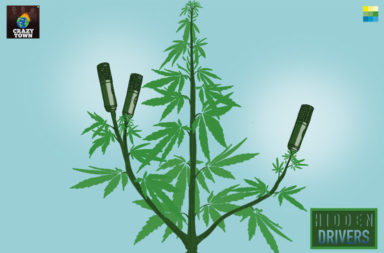 Complexity and Armageddon, or… the Story of the Hemp Microphone (Episode 38 of Crazy Town)

Society has become so complex that all the complexity begets more complexity. And if that’s not complex enough for you, jobs have become so specialized that hardly anyone knows how anything is made or works. The TEQs system involves rationing fossil fuel energy use for a nation on the basis of either a contracting carbon emission budget or scarce fuel availability, or both simultaneously, distributing budgets equitably amongst energy-users. As Society Unravels, the Future Is Up for Grabs

As civilization faces an existential crisis, our leaders demonstrate their inability to respond. Theory of change shows that now is the time for radically new ideas to transform society before it’s too late. The Future of Technological Society: Will They Really Think of Something?

There is a fundamental truth that these prophets of cutting-edge technology are not considering: fossil fuels are running out. It was inevitable that they would. Nothing that could only be created under unique conditions over millions of years can be expected to renew itself during the brief span of the Industrial Revolution. The most hopeful and inspiring project of our time is rethinking civilization, reforesting the earth, and rewilding the planet. It is a single project and the most important one we can undertake. I have become more certain that the way through despair involves experiencing oneself as part of a greater whole and surrendering to the mystery of creation. But now the climate crisis invites us to engage with the mystery of life with fresh eyes and open hearts. Misreading the Story of Climate Change and the Maya

By Kenneth Seligson, The Conversation

While Earth has not been this warm in human history, we can learn about coping with climate change by looking to the Classic Maya civilization that thrived between A.D. 250-950 in Eastern Mesoamerica, the region that is now Guatemala, Belize, Eastern Mexico, and parts of El Salvador and Honduras. Why do civilizations collapse? It is a question that has been haunting the nebulous entity we call "The West" from the time when Edward Gibbon published his "Decline and Fall of the Roman Empire," in 1776.

The Seneca Rebound: Why Growth is Faster after Collapse. Explaining the European World Dominance

What made Europeans so successful in the task of conquering the world? My interpretation is that it was the result of periodic "Seneca Collapses" of the European population which made it possible to accumulate resources that would then be available to propel the European expansion. It is an effect that may be called the"Seneca Rebound" that makes growth faster after a collapse.

How the World Elites are Going to Betray us: Lessons from Roman History

The more I study the story of the Roman Empire, the more I see the similarities with our world. Of course, history doesn't always repeat itself, but it is impressive to note how with the start of the collapse of the Western Empire, the Roman elites abandoned the people to build themselves strongholds in safe places. It’s time to accept that we are not going to dislodge the entrenched interests holding back effective action on looming climate chaos by any means tried so far. Believing that 97% of credible scientists is consensus enough is 103% short for effective response.

The Ancient Romans never understood what hit them. Nor did later historians: there exist literally hundreds of theories on what caused the fall of the Roman Empire.