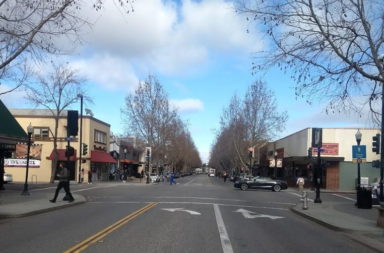 It’s time to swim perpendicular to the tide, time to become a real citizen, and time to practice democracy like my life depends on it, because it does. And start off in this new direction through a one year life experiment I’m calling The Year of Living Locally, which I’ll blog here on Shareable.net. Indigenous Tribes are at the Forefront of Climate Change Planning in the U.S.

As other North American tribes have begun to experience the effects of climate change over the past decade, they too have started to adopt climate resilience and adaptation plans. According to a database maintained by the University of Oregon, at least 50 tribes across the U.S. have assessed climate risks and developed plans to tackle them. Share Shed is a Library of Things in Totnes, in the southwest of England, where over 350 items are available for members of the project to borrow at a nominal fee. After watching many people coming in from nearby villages and towns to borrow equipment they didn’t require regularly, Share Shed coordinators began to think about creating a mobile version of the project. Even though economics played a role in halting the project, Dean Baker, a Kanab resident and opponent of the project, believes community efforts were important, too. By Miles Hadfield, STIR to Action

Jonny Gordon-Farleigh took up this theme of how co-ops can be more involved in delivering an economy that benefits people, focusing on local authorities and heritage. “There are some real strategic opportunities for co-ops to work in these sectors,” he said, citing the example of Preston, where local procurement had increased and the worker-owned business model was favoured for council contracts. Why Banning Uber Makes Seoul Even More of a Sharing City