What externalizing of costs does is it manufactures ill-health in ecosystems, societies, cultures — the world. And modern governments are not only not standing up against this destructive extraction, but are deliberately fanning its flames, supporting and encouraging it. Faith in a frail world

It is up to those of us who can see the fragility of the world, and cannot abide by it, to put a stop to the calamity awaiting us. To do so, we’d need to cut ourselves loose from the net, while tending to our broken relationships, and forging new ones. Greenland, long with other indigenous communities around the world, are starting to lead a fightback against the industrial, extractive capitalism that’s killing the planet. By Piyali Banergee, The Malaysian Insight

A MAJOR economic and societal catastrophe may soon confront one of Southeast Asia’s most important economies: Malaysia. Book Review: Resource Radicals: From Petro-Nationalism to Post-Extractivism in Ecuador

By Sibo Chen, London School of Economics and Social Policy

In Resource Radicals: From Petro-Nationalism to Post-Extractivism in Ecuador, Thea Riofrancos examines how conflicting visions of resource extraction have divided the Ecuadorian Left, focusing particularly on the struggles between the Ecuadorian government and grassroots anti-extractivism activists during the era of Rafael Correa’s governance. Cassie Chambers’s Hill Women: Finding Family and a Way Forward in the Appalachian Mountains, like Smarsh’s Heartland, considers the dignity and resiliency of poor working-class families in this region of America.

Is there a way to imagine a different GND, a global Green New Deal? I think so. But it might have to start by recognizing the ecological laws of limits and a social ethic of redistribution of wealth and resources, and equality. It would argue for developmental convergence, including in energy use, between wealth and poor, within and between countries. The Lies We’re Told About Appalachia 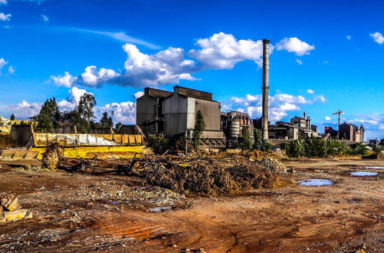 The Right to Say No

We can only successfully overcome the crises triggered by extractivism if the voices that have been marginalized up until now, especially those of women, claim a space in the center of the process of change.

Dispatches From the Edge of Change: Why Montana’s Fossil-Fuel Resistance Gives Me Hope

Indigenous is a quality of mind and a form of culture that does not belong to any one group.

The King is Dead!

On August 5th, West Virginia Attorney General Patrick Morrisey banded together with 15 other state attorneys general to demand that the Environmental Protection Agency (EPA) suspend the implementation of new rules devised by the Obama administration to slow the pace of climate change.