The Beginning of the End for Oil?

When it comes to energy, what was expected to take at least two decades in the IEA’s most optimistic scenario may now occur in just a few years. It turns out that the impact of Covid-19 is reshaping the world energy equation, along with so much else, in unexpected ways. Productivity, Energy and Climate Change—a View on the Links

By Simon Mair, Centre for the Understanding of Sustainable Prosperity

Radical changes are needed if we are to avoid catastrophic climate change: 2 trillion dollars of fossil fuel related capital investment has to go. Without a better understanding of the basic relationships between energy and production it is hard to say how such changes will play out in the wider economy, and almost impossible to prepare to face them. 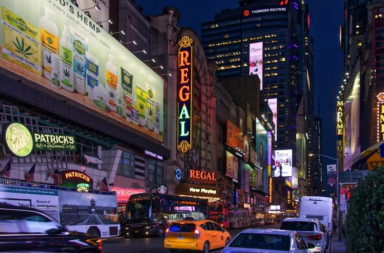 Federal Fuel Efficiency Standards: Another Unnecessary Conflict in the Age of Trump

President Trump divides just about everything political he or his administration touches. The latest industry Trump has caused to turn against itself is automaking. Since Day 1 of the Trump presidency, the auto industry has been hoping to re-negotiate the deal it struck with the Obama administration on auto and light truck fuel efficiency standards (CAFE) for the period 2021 through 2025. How Circular is the Circular Economy?

The circular economy – the newest magical word in the sustainable development vocabulary – promises economic growth without destruction or waste. However, the concept only focuses on a small part of total resource use and does not take into account the laws of thermodynamics. Because a website redesign was long overdue — and because we try to practice what we preach — we decided to build a low-tech, self-hosted, and solar-powered version of Low-tech Magazine. Bitcoin’s Energy Use got Studied, and you Libertarian Nerds look even Worse than Usual

It’s a telling social phenomenon of late capitalism that we are willing to construct elaborate computer networks to conduct secure transactions with each other — and in the process torpedoing our hopes at a clean energy future. According to most observers, the speculative bubble-of-the-year award for 2017—had there been one—would have gone to Bitcoin, the value of which soared from under $800 in January of last year to almost $20,000 by mid-December. How Much Energy Do We Need?

Because energy fuels both human development and environmental damage, policies that encourage energy demand reduction can run counter to policies for alleviating poverty, and the other way around. Achieving both objectives can only happen if energy use is spread more equally across societies. Instead of boiling water by lighting a fire and putting a kettle on the stove, for example, we might blow up the oldest mountains in the world to mine the remains of forests older than dinosaurs, set those old forests on fire to boil water, and then use the steam to turn turbines to send electricity through miles of cable to an outlet on your wall to power a kettle to boil water. The bigger story now unfolding seems to be one of system transformation – a peak-car tipping point – that’s been slowly ‘brewing’ for a very long time. For the physicist Ugo Bardi, the decline of a complex system can be faster than its growth – an insight he attributes to the Stoic philosopher Seneca, who wrote:  “Fortune is of sluggish growth, but ruin is rapid”. The Curse of the Modern Office

The information society promises to dematerialise society and make it more sustainable, but modern office and knowledge work has itself become a large and rapidly growing consumer of energy and other resources. Why the Office Needs a Typewriter Revolution

Artificial cooling and digital equipment are the main drivers behind the quickly growing energy use of modern office work.