I lay out the whole damning history in this book. When the next oil train disaster strikes, we can't say we weren't warned. But when it comes to methane, “we actually have technological, practical solutions to these problems,” McKain said. The most viable solution, for now? Cities making infrastructure upgrades and replacing leaky pipes. For the Achuar, Life Comes Before Oil

Regardless of the ultimate outcome, the Achuar will continue to vociferously defend their territory though all nonviolent means at their disposal. The goal of these alliances is to defend Achuar territory and their lives as forest peoples. Littleproud arguably has the most crucial and important role in cabinet. How to convince his colleagues of the real climate disasters which now confront this country, and particularly the agricultural sector, unless we rapidly move away from our fossil fuel past. Natural gas, marketed for years as a “bridge fuel” to cleaner energy sources, cannot be part of any climate solution, according to a new report from Oil Change International. 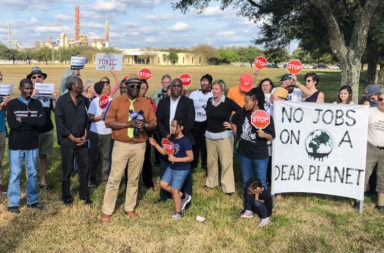 The 80-mile stretch along the river known as Louisiana’s “Petrochemical Corridor” is often referred to as “Cancer Alley.” Simmering frustrations among its communities, which are exposed to the industry’s pollution, recently led the new coalition of environmental and civil rights activists and Louisiana residents to rebrand it “Death Alley.” A new report traces the life cycle of plastic from the moment an oil and gas well is drilled to the time plastic trash breaks down in the environment, finding “distinct risks to human health” at every stage. Tree Teachings: How Fossil Fuels and Climate Change Are Altering the Global Forest

What the death of ancient trees are now telling us about climate change, concludes Beresford-Kroeger, is that we must “make a daisy chain of people willing to improve our lot.” Seismic surveys involve an underwater air gun pulled behind a boat and fired at intervals, and as the shock waves bounce off the sea floor and return to sensors, they help reveal where oil and gas might be. The Road Away from Fossil Fuels

President Andrzej Duda’s authoritarian government can expect a rough political ride in December, when politicians, diplomats and campaigners stream into Katowice, Poland, for the next UN summit on climate change.