“Indigenous people have been leading this fight for centuries,” she said. “We need to listen to them because they have knowledge that is valuable right now.” 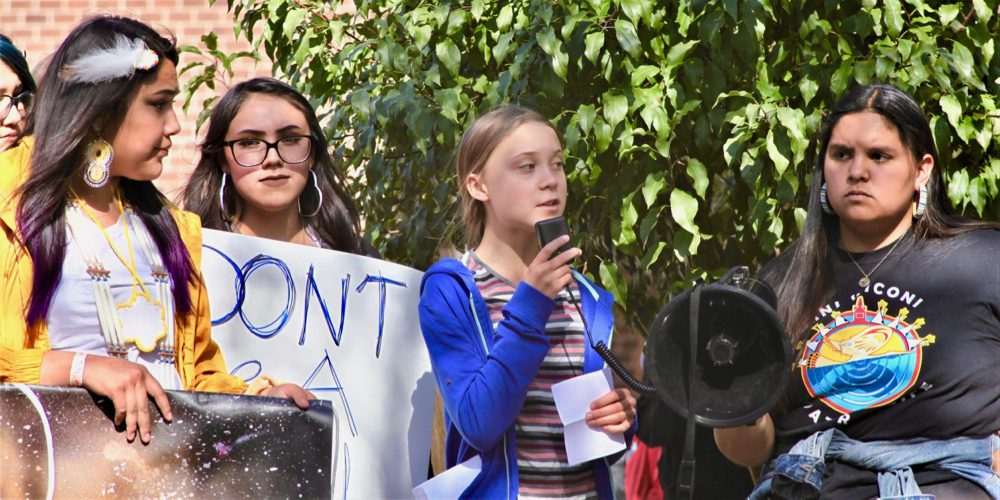 “The Keystone XL Pipeline is morally indefensible,” Thunberg proclaimed at the outset of her address outside Rapid City Hall. “They cannot continue to fill more pipelines,” she said to the applause of a crowd numbering about 500 that marched with her and Iron Eyes, a youth leader from the Standing Rock Sioux tribe and the “Rezpect Our Water” campaign and the daughter of Lakota attorney Chase Iron Eyes .

A private Canadian infrastructure project, the proposed Keystone XL would facilitate not only more climate change from the burning of fossil fuel, but also the destruction of the land from which its product is mined in Saskatchewan’s Athabascan ancestral lands, said march speaker Chase Iron Eyes. 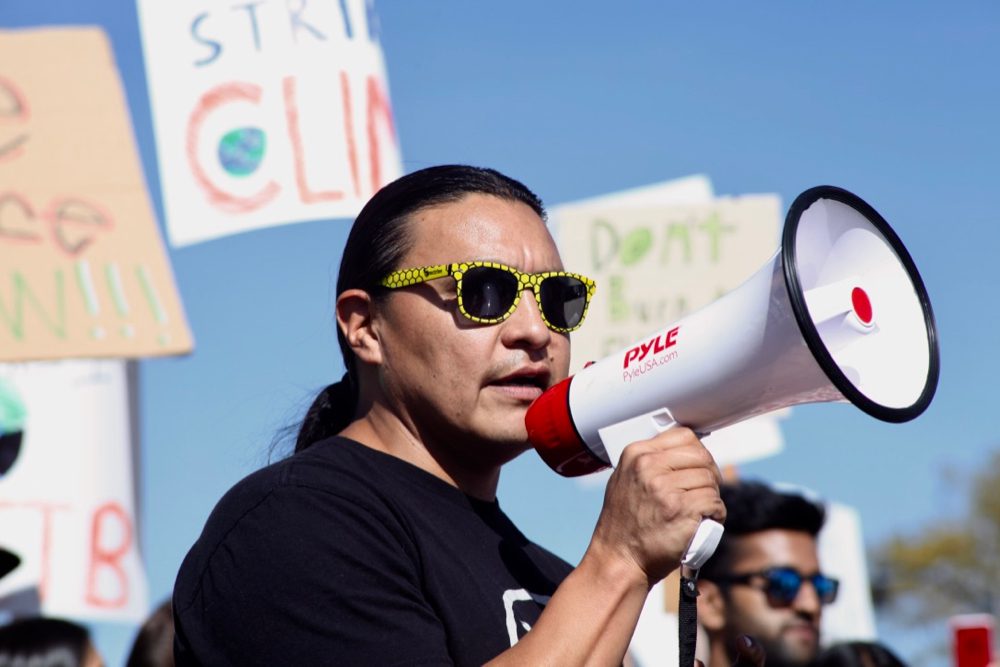 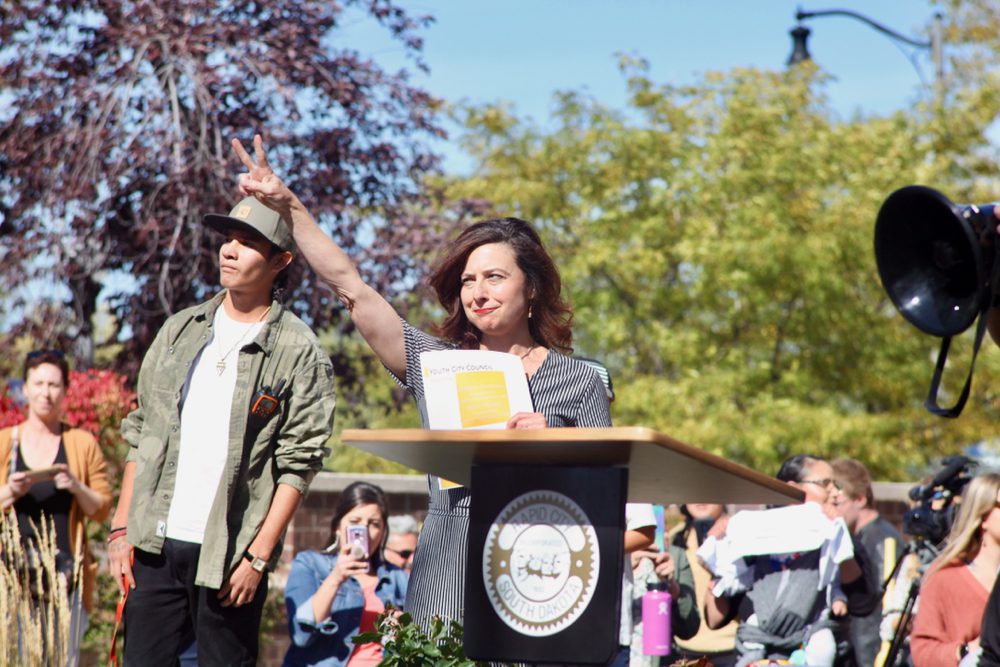 Thunberg, 16, connected the dots between the pipeline fight and other issues. “We’re standing up right now and we will not back down,” she said to more applause.

“You have so much support from around the world,” she remarked. “All environmental concerns are linked.”

She thanked the crowd for “joining this global fight until we are below 1.8 degrees Fahrenheit warmer.” That’s the amount temperature averages have risen since the 19th Century. 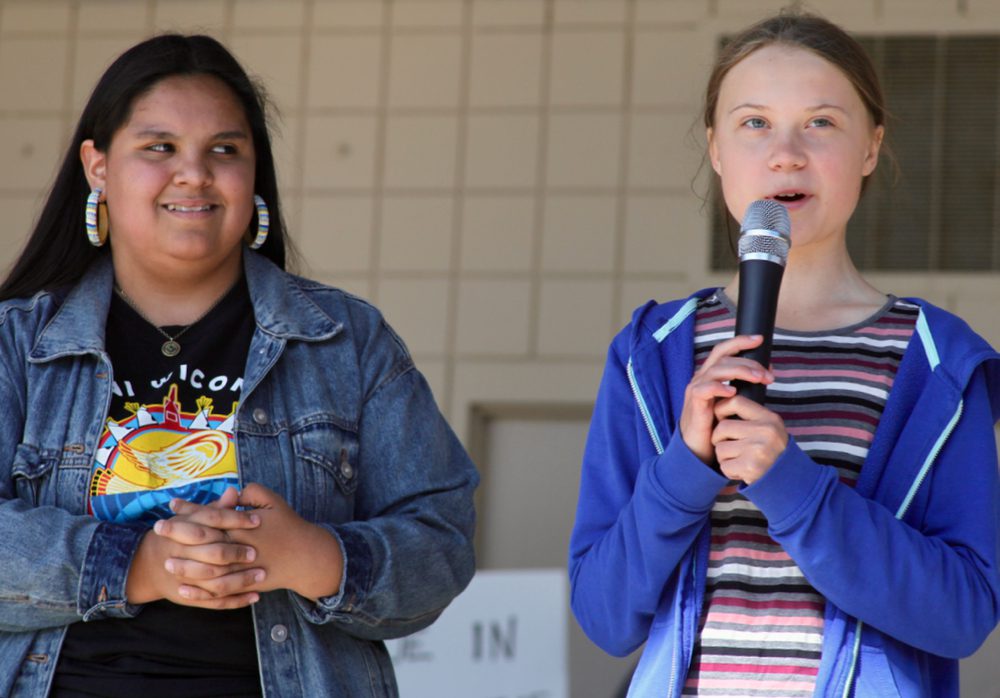 Tokata pleaded for intercultural unity in that fight, saying, “It is the indigenous who have cared for this place all along. This crisis doesn’t care about the imaginary political boundaries. It is everyday regular people like me and Grete who are going to make the difference.” 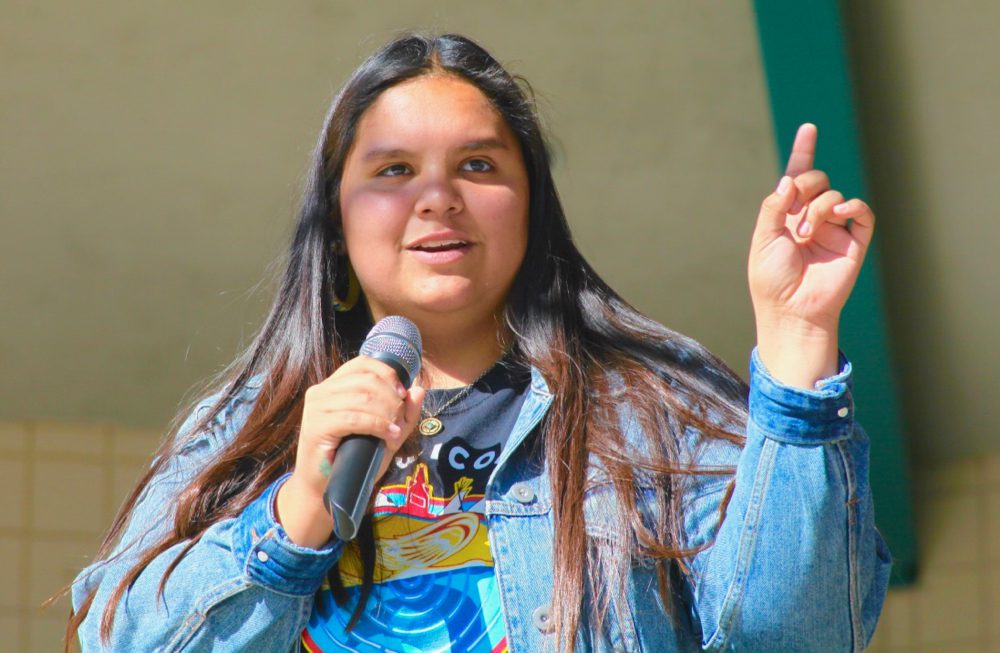 Tokata Iron Eyes made a call for intercultural unity in the fight against climate change. (Tatyana Novikova photo)

Two women with signs contradicting the message of the rally planted themselves facing marchers en route from the park to city hall. One sign said: “America does more for the environment than most countries!!! Trump 2020” Someone enlisted himself to crush the signs.

A number of South Middle School boys who procured a mother’s help in obtaining hall passes to leave school for the rally told the Native Sun News Today they learned from it and are influenced to be more responsible in their energy consumption choices.

More images from the Rapid City march from Tatyana Novikova. 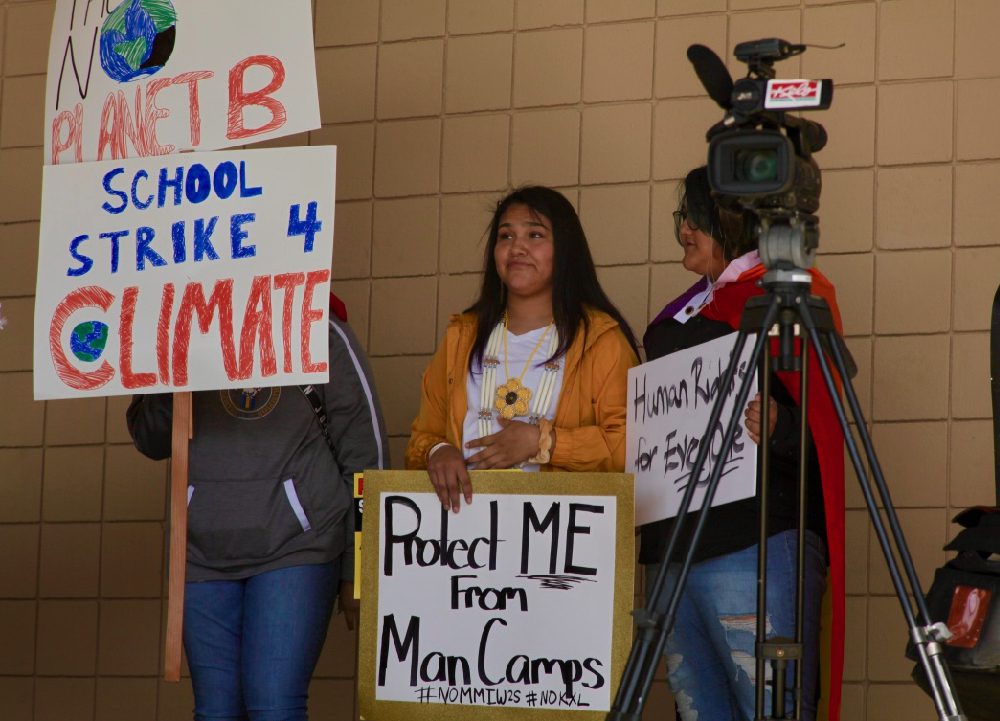 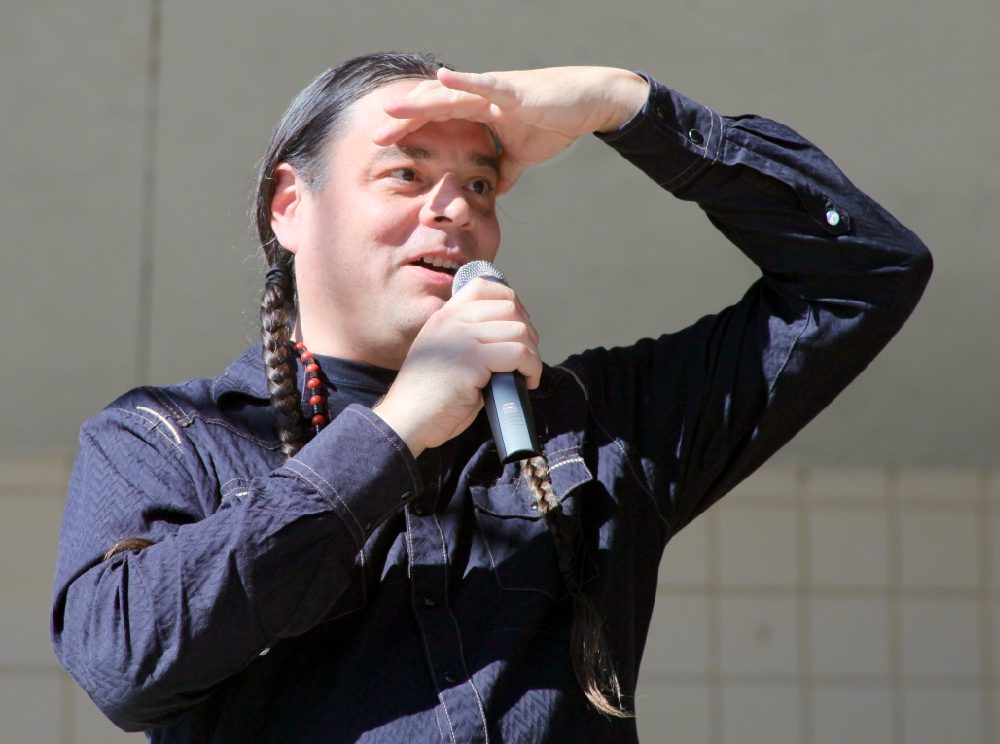 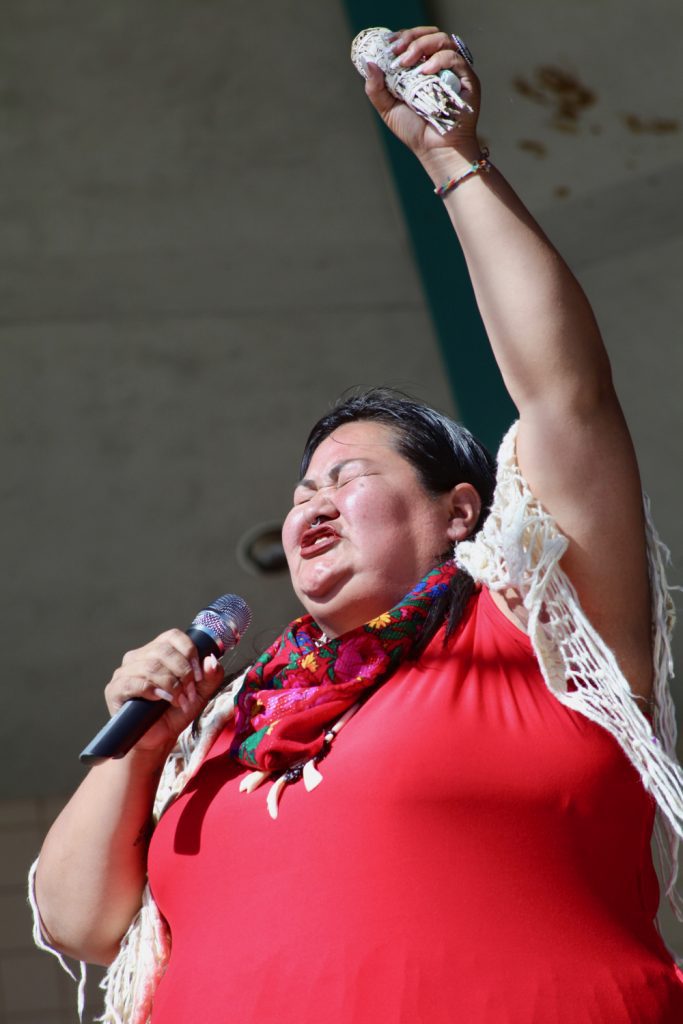 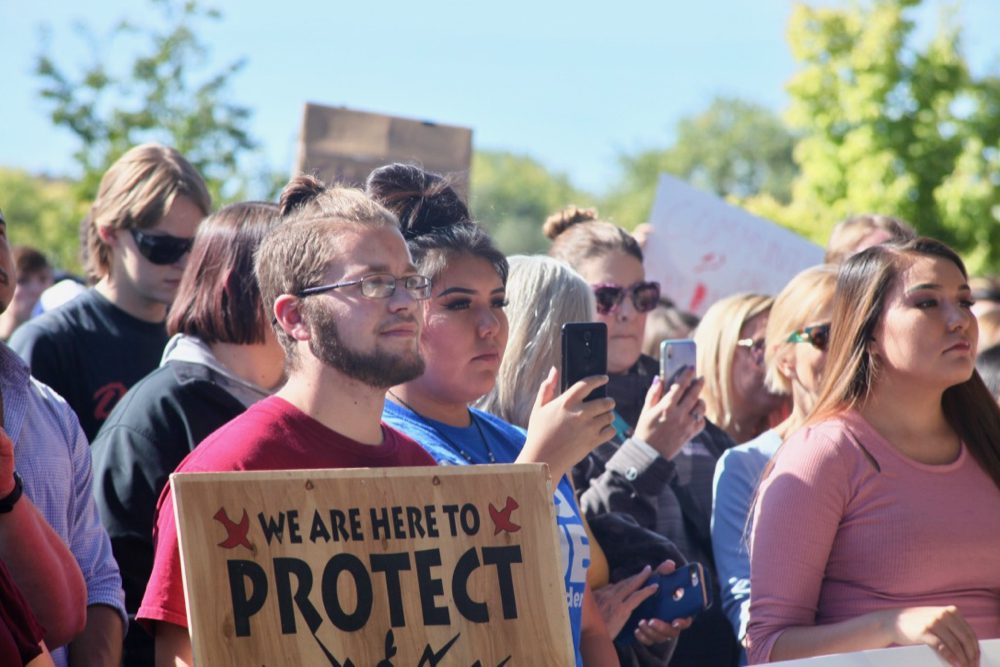 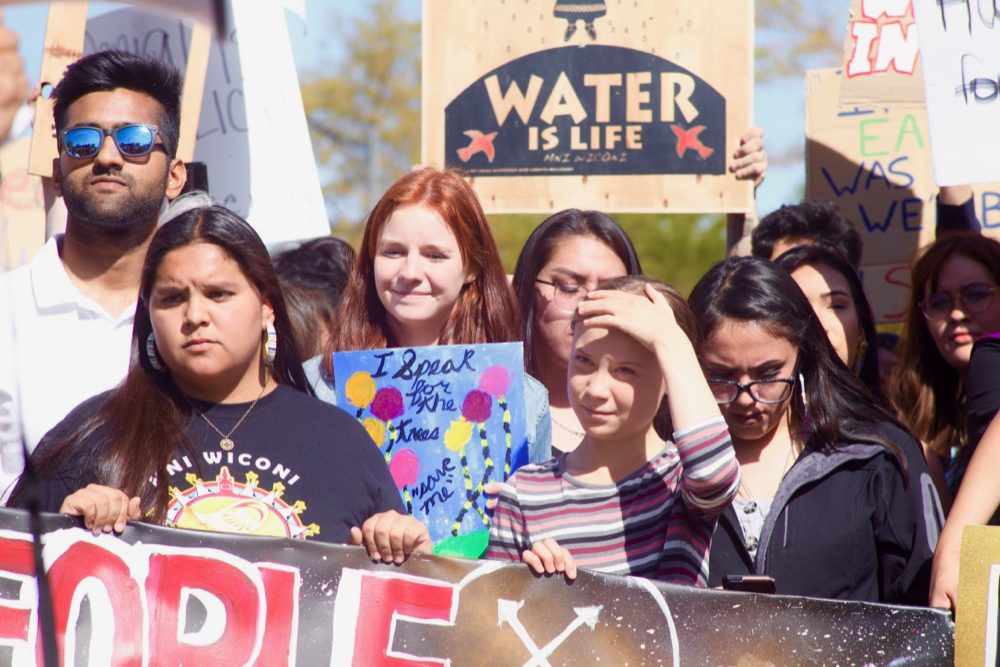 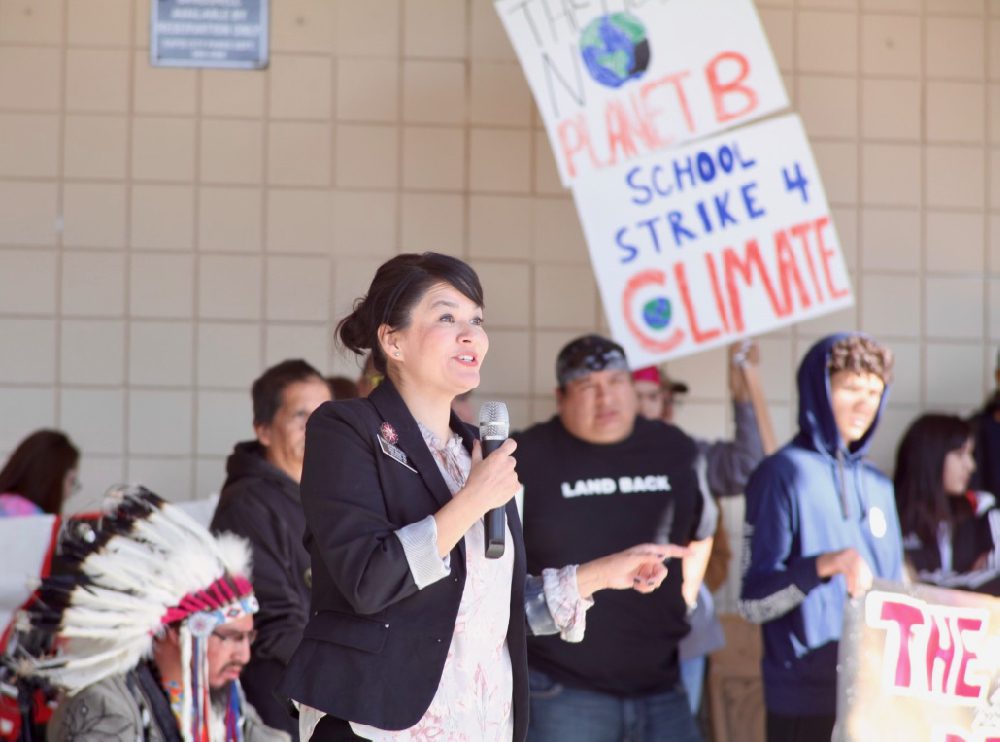 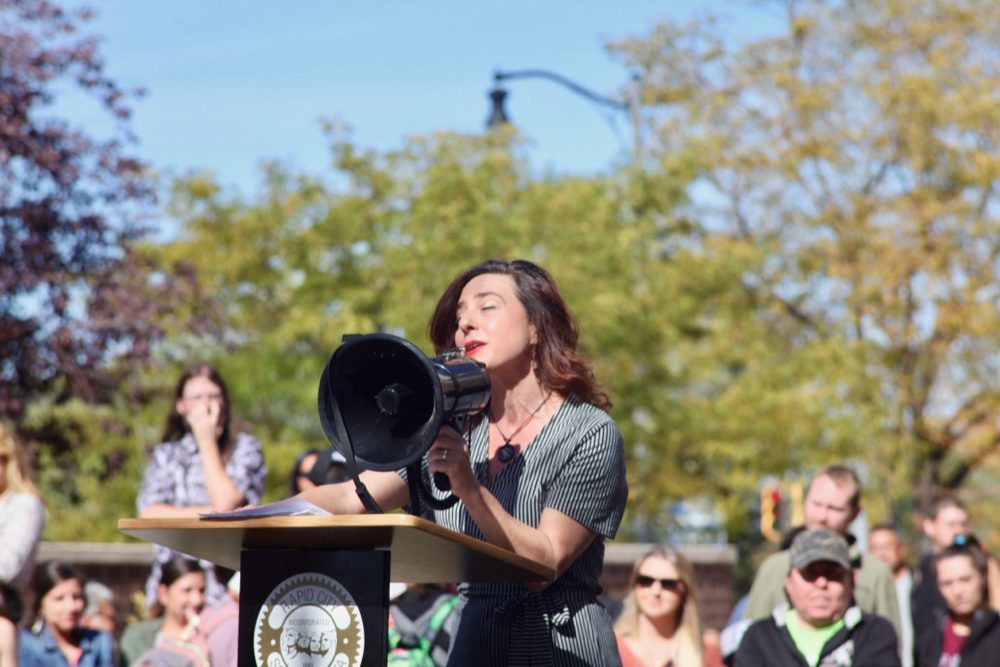