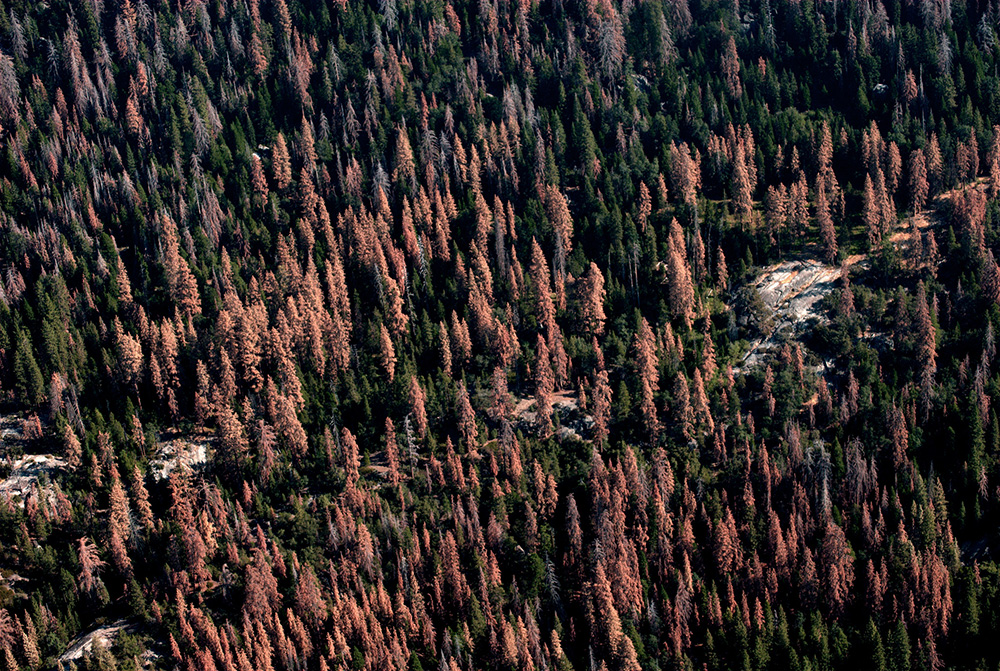 The world’s most ancient trees are failing.

And their demise is telling us something about the dramatic impact of climate change on the natural world, says famed botanist Diana Beresford-Kroeger.

The tree expert, who is also a medical biochemist, is clearly concerned, if not shaken.

“It appears that the ancient forests are more vulnerable,” she says. “They have been around for more than 1,000 years and something is happening to them.”

These trees provided food, shelter and medicines for civilizations more ancient than the Romans and “are the backdrop to nature.”

In her bestseller The Sweetness of a Simple Life, Beresford-Kroeger described the global forest as “a molecular memo” that harvests one carbon atom at a time and “pulses that sweet gas we call oxygen, needed for every single breath we take.”

But the most ancient denizens of this forest are now dying and disappearing.

The botanist, who has been studying the health and importance of global forests for decades, rhymes off one example after another.

She begins with evergreens in the Atlas Mountains across northwest Africa.

For thousands of years cedar forests mixed with oak and juniper in the mountains have served as reservoirs for the entire region, ensuring flowing water for its rivers.

But warmer temperatures have dried up groundwater in mountain catchments and the blue cedar forests now are shrivelling.

“In the Atlas Mountains some of the evergreens are turning to dust right in front of the eyes of the Berbers,” says Beresford-Kroeger.

Drought has concentrated the region’s 800,000 livestock, which has added to the deforestation. The illegal logging of valuable cedars has also taken a toll.

“In the mountains the people worry that as they lose a forest, they will lose the little water they have.”

In one historic grove where Jesus is believed to have revealed himself to his followers after his resurrection, it used to snow and rain 105 days of the year.

Due to man-made climate change the trees can now only count on 40 days of moisture.

Climate change has also tipped the balance in favour of the cedar web-spinning sawfly, a pest unknown to science until 1998.

Global warming has brought earlier snowmelts that allow the insect to emerge just in time to munch on new cedar shoots. In the last decade the bug has killed nearly 10 per cent of Lebanon’s Tannourine forest.

Other primal and iconic trees are floundering too.

In Africa the great baobabs, or “upside down trees,” are dying in en masse, says Beresford-Kroeger. 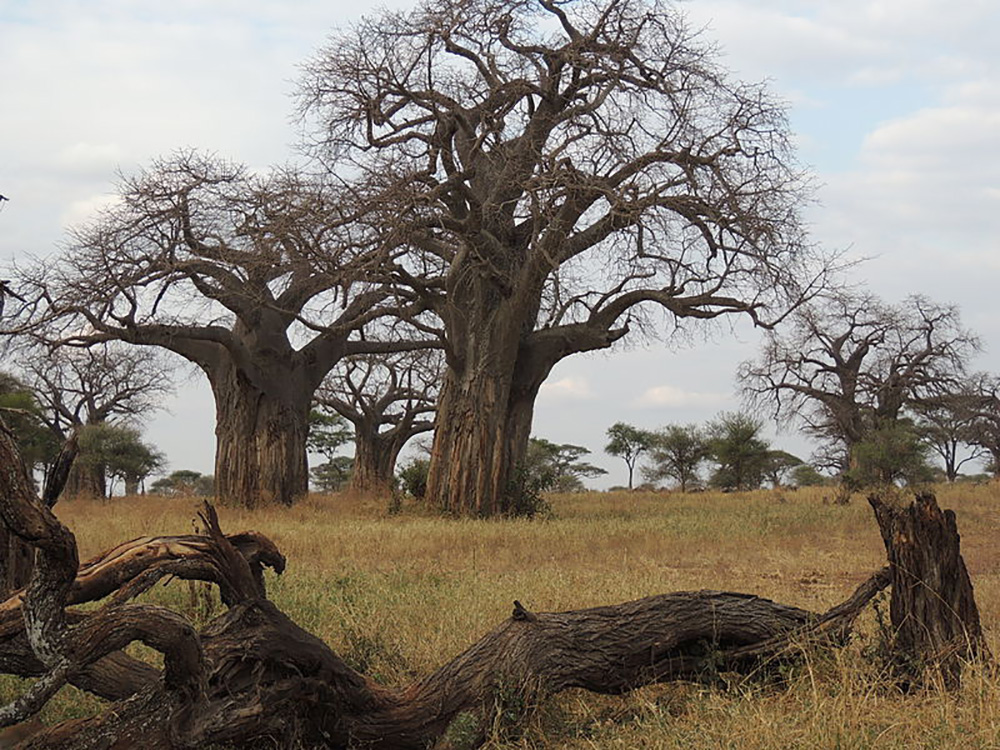 The pharaohs prized the baobab, one of the world’s oldest flowering plants, for its medicine, including one that could alleviate a fever.

One tree named Homasi by the San people in Namibia started growing during the collapse of the Roman Empire.

It continued to grow through the Industrial Revolution.

The gargantuan tree, whose leaves and fruit fed people and livestock, grew to a height and girth of 32 metres.

But after blooming at the end of the rainy season in 2005, the great tree died.

Drier weather swept in by climate change likely killed six other brother trees in a grove of seven in just a two-year period, say scientists researching the die-off.

DWe don’t even understand the physics of these baobab trees and they are dying,” adds Beresford-Kroeger.

Scientists now blame the mass die-off on climate change, or what one Romanian researcher describes as “an unprecedented combination of temperature increase and drought in southern Africa, over the past 10 to 15 years.”

Bacteria and fungal pathogens are also besieging ancient trees, because climate change abets the spread of plant diseases in a variety of ways. In New Zealand a fungal pathogen is suffocating 2,000-year-old evergreen Kauri trees — an event researchers clinically refer to as “Kauri-dieback.”

Like the yellow cedar on Canada’s West Coast, the Kauri tree is prized by the Maori as a sacred and strong wood for carving and boat building.

The Kauri belongs to a family of ancient conifer trees that once created a mighty global canopy during the Jurassic and Cretaceous periods.

In California, “sudden oak death’ has beset ancient oak trees,” adds Beresford-Kroeger. She even spotted the beginnings of an outbreak while walking through the Muir Woods nearly a decade ago.

The fungus responsible for the die-off is related to the phytophthora fungus that the caused the devastating 18th-century potato famine in Ireland.

“Climate change,” explains Beresford-Kroeger, “is adding more carbon dioxide to the atmosphere, which in turn makes it more acidic with carbonic acid.”

These subtle changes in atmospheric chemistry affect the behaviour of pathogens in ways science barely understands.

“Pathogens, often in the form of tiny spores invisible to the eye, can move more easily thanks to climate change,” says Beresford-Kroeger.

Plant researchers have long warned that changes in temperature regimes, atmospheric chemistry and drought induced by climate change can modify the incidence and severity of plant disease epidemics as well as disease pressures on agriculture.

As a result climate change can also rewrite the evolution of plants and pathogens, adds Beresford-Kroeger.

“What we have in the air is a lot more carbon dioxide and a lot less oxygen.”

“We are going into an area of experimentation we have never experienced before,” she says. “The climate changed 200,000 years ago but there weren’t a lot of people around. Air, water and soil — all of them are shifting under our feet.”

Beresford-Kroeger is particularly concerned about the soils that anchor the global forest.

The greenhouse effect, she fears, is having a deleterious effect on the fertility of soils and their capacity to hold carbon due to irradiation of soil organisms by ultraviolet A and ultraviolet B wave lengths. These waves help degrade plants and may also release more carbon into the atmosphere.

“This might impact us much sooner than carbon dioxide in the atmosphere and no one is really addressing this issue,” adds Beresford-Kroeger.

She also worries about the fate of the “totally unique” boreal forest, which covers northern Canada and much of northern Europe and Asia.

It is what Beresford-Kroeger calls a “frugal” forest, yet it captures and holds nearly one-third of the world’s carbon dioxide.

Lichens in the boreal forest and compounds from aspens release aerosols that help to sterilize the air in the spring and which invite us all to have “spring fever.”

She notes that even Russia’s Vladimir Putin has described the Boreal and the Taiga of Siberia as “the ecological shield of the world.”

“That is exactly what it does for the planet,” says the botanist emphatically.

Yet the most recent forecast for the boreal forest is grim.

The Intergovernmental Panel on Climate Change warned that if global temperatures exceed 1.5 degrees in warming, more wildfires, pests and heat-related die-offs would overcome southern portions of this forest system.

Forty years ago Beresford-Kroeger says that she first started to see the effects of climate change disturbing and affecting plants and soils in her own 160-acre research garden and arboretum.

This explains why she is still writing and talking about climate change, and the risks it poses to the forests that built and sustained the world’s civilizations.

“We have to curb our consumption and be rich in what we don’t want,” she says directly. “It is important to start with the education of people.”

The hopeful botanist has a bold plan to diminish the impact of climate change and it, of course, consists of planting trees and respecting natural limits.

Her global “bioplan” calls upon ordinary people to plant one native tree every year for six years in their own neighbourhoods.

The plan, if adopted around the world, could reduce carbon dioxide in the atmosphere by 25 per cent from about 400 to 300 parts per million.

“That will buy us some time.”

But the bioplan also represents a plea to recognize how forests are connected to all living things.

“The bioplan tells us,” she writes in The Sweetness of a Simple Life, “that one cannot remove the forests of Borneo and Sumatra and expect the orangutans to live. Nor can one remove the temperate rainforests of the west coast of Canada and see salmon coming back to the rivers.”

What the death of ancient trees are now telling us about climate change, concludes Beresford-Kroeger, is that we must “make a daisy chain of people willing to improve our lot.”

And that of the global forest, too.