I wanted to write something useful in these times of lockdown and uncertainty, to share practices from those years that might help others navigate this unknown territory. “Defund the Police!” has moved from fringe idea to nearly law of the land so fast, pundits have motion sickness. It shows what can happen when progressive ideas are backed by true people power in a kind of “People’s Shock Doctrine.” For a Social, Ecological, Economic and Intercultural Pact for Latin America

Taking up proposals developed collectively in different contexts, we are proposing a Social, Ecological, Economic and Intercultural Pact for Latin America. This Pact is not a list of demands addressed to the governments of the day. Instead, it is an invitation to build collective ideas Campaigning for Bread and Roses

The old word “beauty” speaks to our hearts as more academic or bureaucratic terms cannot.  I am especially persuaded by the power of the word to cross lines of political polarization. As, I believe, is the concept of Bread and Roses! So we arrive in 2020, reaping the results of decades of down valuing, sidelining and undermining the imagination. The potential rewards that would emerge from letting the imagination loose are incalculable, but instead we keep it locked in tall tower, protected by the dragon of disimagination. What would it look like if we were to set it free? By Guy Dauncey, The Practical Utopian

Who are we? And where are we going on this tiny planet of ours, this bright sparkle of life in a Universe so ridiculously vast? It’s a question worth exploring, if you have five minutes in your busy COVID day. “How attached are you to the idea of being white?” Chenjerai Kumanyika puts that question to host John Biewen, as they revisit an unfinished conversation from a previous episode. 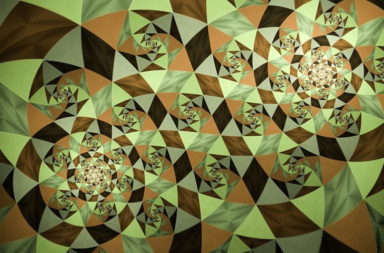 This emerging mosaic of alternatives for social-ecological transformation provides fertile ground for the development of ideas, practices and actions leading to a good life for all. Is there anything crazier than the people in our towns, who are sworn to protect and serve, instead coldly taking the lives of our neighbors? Given this moment in American history marked by outrage, sadness, and massive protest, we discuss the need to address institutional racism and white privilege. So you see, even a conservative libertarian from Texas Hill Country can turn toward the light. All it takes is a commitment to boycott Rush Limbaugh and Fox News and a refusal to look away.

The Beginning is Near: Final Remarks for the Class I Just Taught

Because there are many lessons to learn, one for every day of the rest of our lives, and for that reason we should look at today, and tomorrow, and the day after as opportunities to learn, to grow, to find each other, and to make change.