Fighting Off a Petrochemical Future in the Ohio River Valley

Rather than pouring public money into projects that put Pennsylvanians’ health and the climate on the line—and that could be doomed to collapse anyway—activists say officials should invest in more sustainable industries. 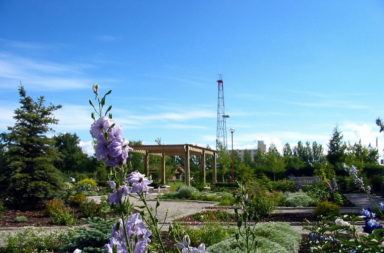 A comprehensive new scientific study warns that stress changes caused by the technology could trigger a magnitude 5 earthquake or greater in the region. Fracking came on stream more than 15 years ago during a period of high oil prices and cheap credit. But the industry then tanked global prices for oil and methane with rampant overproduction in North America. All of the negative effects of the resource curse are now on display in North Dakota and may well get worse. Of course, what North Dakota is experiencing, many resource-rich places around the world are also experiencing in one form or another. Long before the COVID-19 outbreak, fracking firms in the Permian Basin were experiencing a downturn. Now the dramatic devaluation of oil prices will likely bring the already declining drilling boom in the country's shale regions to a near halt. Planet-heating pollution from the U.S. oil, gas, and petrochemical industries could rise about 30% by 2025 compared with 2018 because of additional drilling and 157 new or expanded projects "fueled by the fracking boom," an environmental watchdog group warned Wednesday. Argentina Wants a Fracking Boom. The US Offers a Cautionary Tale

In Argentina, Vaca Muerta is treated as the country’s chance at salvation, with fracking seen as doing everything at once — creating jobs, reducing the debt burden, plugging the energy deficit and turning Argentina into a major player on the global oil and gas stage.

Does Trump Have a Bunch of ‘Losers’ to Thank for a Growing Economy?

By Charles Hall, The Hill

But, curiously, this renaissance of petroleum in the United States has not led to a resurgence of profits in the oil and gas industry. Quite the opposite, because almost none of the companies that have invested in fracking are turning a profit. Investors in this industry are losing a lot of money, some $83 billion since 2008, according to oil analyst Arthur Berman.

The dramatic decision by the British government to ban the disruptive technology of hydraulic fracturing (or fracking) is just one of two volatile storms now shaking the industry. And both have ramifications for the governments of British Columbia and Alberta, which actively subsidize the uneconomic industry with tax breaks, royalty credits, free water and taxpayer-funded seismic research and monitoring.

Saudi fails to assure US over oil supply

US bullish in 2005 oil price forecast

Saudis want boost in oil stocks ahead of Opec cuts