What kind of person do you think lives in the places pictured below? What social class connotations do these images carry for you?

And relatedly, if a new development mimicking these features were to go up in your city or town, who would you be most likely to assume it is “for”? 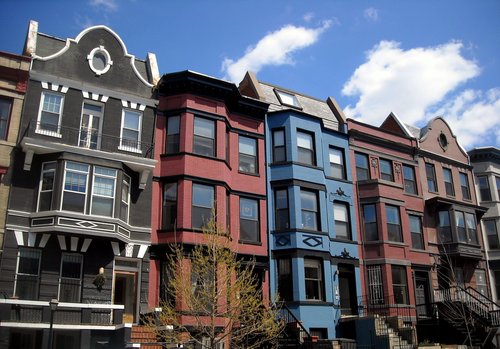 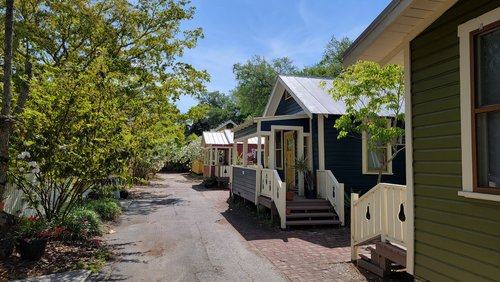 Every advocate for making urban design more [pick one: walkable, bikeable, beautiful, lovable, inviting, human-scale] has at some point or another faced the charge of elitism. Virtually every feature of public space that makes it more pleasant to linger in, stroll through, or simply view, has at some point been associated by someone with gentrification, or simply culturally coded as upscale.

This belief is rooted in the following true observation: The best American examples of top-notch urbanism are mostly places inhabited by well-to-do Americans, and their real-estate prices and rents are usually prohibitive for most others. This includes the majority of places that are currently walkable, bikeable, have attractive human-scale architecture, have attractive greenery, aren’t pockmarked with parking lots, and are full of small storefronts suited for local businesses.

However, we go badly astray if the lesson we take from that observation is that the design features of such places are themselves exclusionary and elitist. Or, even worse, that basic quality-of-life things like pedestrian safety or generous public space are inherently elite concerns.

We need to learn how to separate form from (current) function. In fact, our shortage of nice places is almost totally self-imposed. And it’s precisely because 98% of the North American built environment is so blah that the 2% of places that are really well-designed environments quickly get bid up by the rich and become inaccessible to the rest of us. The solution to this isn’t to stop creating such places, but to create vastly more of them. 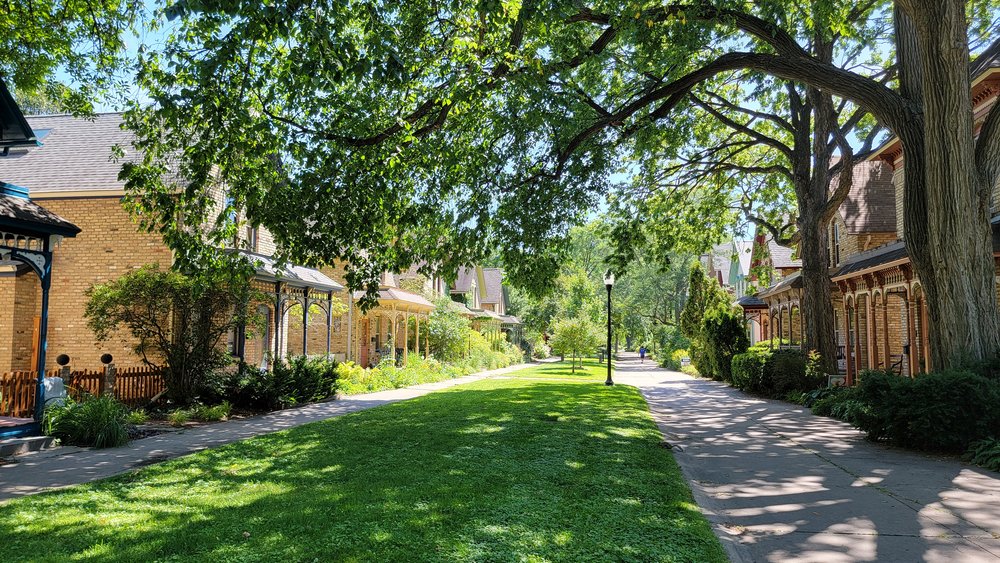 The locally-famous Milwaukee Avenue in Minneapolis is a great example. This unusual street is a Rorschach Test when it comes to how people interpret the urban environment around them.

Milwaukee Avenue is a pedestrian street. It’s fronted by these cute, historic brick bungalows, most of which were extensively renovated in the 1970s. The houses all have front porches facing a central walkway and lawn, a design which encourages neighborly socialization and a sense of cozy shared space. Car access is via shared parking lots at the end of each block; there is no direct alley or garage access to the individual houses. It’s kind of an urbanist paradise for those of us who fantasize of living somewhere that relegates cars and all their nuisances and dangers to the margins of our environment.

(Strong Towns has published a piece on Milwaukee Avenue before, specifically addressing the financial benefits to the community of allowing such living arrangements—this place is much more valuable than a comparably-sized normal residential block in the same neighborhood.)

Socially, however, Milwaukee Avenue has the following reputation: It’s a cutesy, self-consciously quaint, historic district populated by well-to-do snobs who paid way too much for small houses lacking many modern conveniences. By some accounts it has an overbearing HOA. I’ve heard it described as everything you hate about a suburban gated community, just in the city and without the gate. 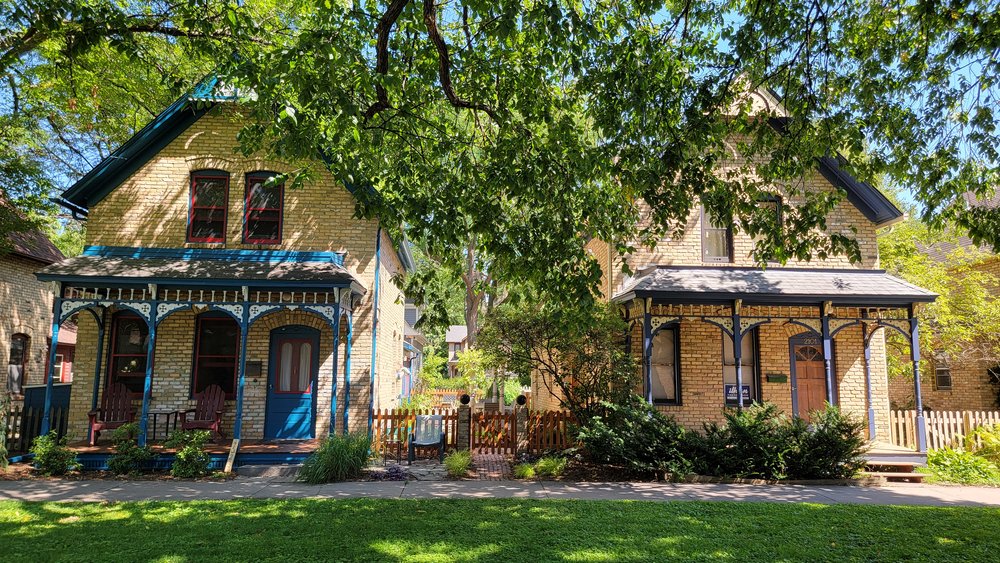 Those who disdain Milwaukee Avenue for this reason should consider its origins. This street was built in the 1880s as cheap housing (due to the unusually small lots) for working-class immigrants, many of whom worked at the nearby railyards. Through most of the 20th century, it would not have been considered quaint, kitschy, or precious, nor snobbish, upscale, or uptight. And, if we had dozens or hundreds of Milwaukee Avenues, there’s a good chance nobody would consider it any of those things today, either.

These homes today are quite expensive for their size and amenities. But here’s the crucial thing to understand: They’re not expensive because they’re cute. Or because their architecture is traditional rather than modern. It’s not even because the street is pedestrianized—it’s not any of those things directly. 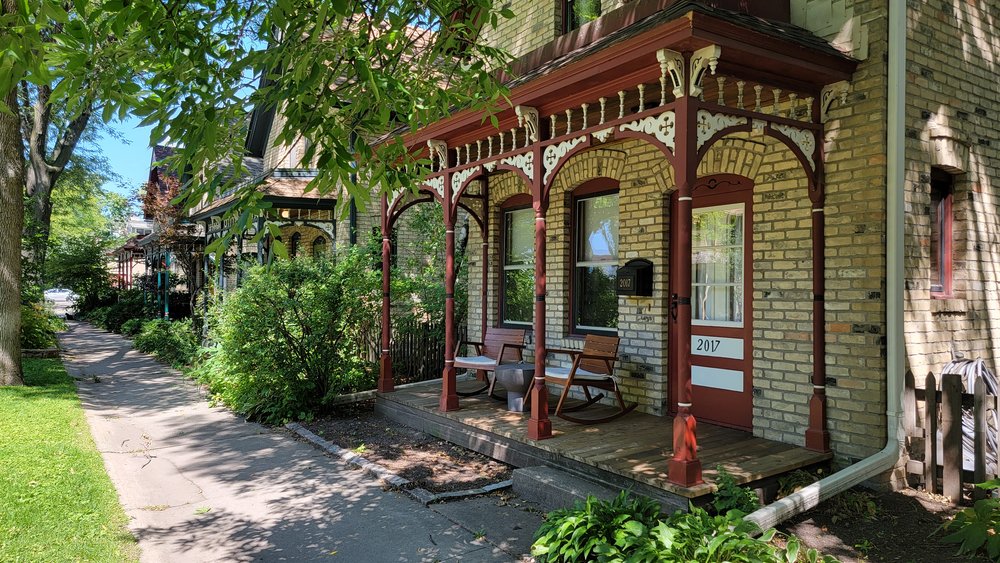 The same story applies to the countless row house neighborhoods of the Northeast, Chicago, and San Francisco. In city after city, the mass-market, working-class housing of its time has acquired a distinctly bourgeois reputation today. In all cases, the reason lies in economics, not design. What’s abundant becomes culturally coded as middlebrow; what’s scarce becomes culturally coded as elite.

There is abundant evidence that nearly the entirety of the U.S. and Canada are dramatically undersupplied, not just in quaint historic places, but in walkable urban places, period. It’s our “shortage of cities“ that makes urbanism a hot commodity. Even if car-free design to the extent of Milwaukee Avenue isn’t a majority preference—and it likely isn’t—if a product serving a niche preference is rare enough, its price is liable to be bid up by those who hold that preference.

The answer to this isn’t to lower our standards for design or to be dismissive of the things that are really lovable about these places. The answer is simply to allow a lot more Milwaukee Avenues to exist. And the same goes for the likes of all of today’s beloved, “charming” historic districts. 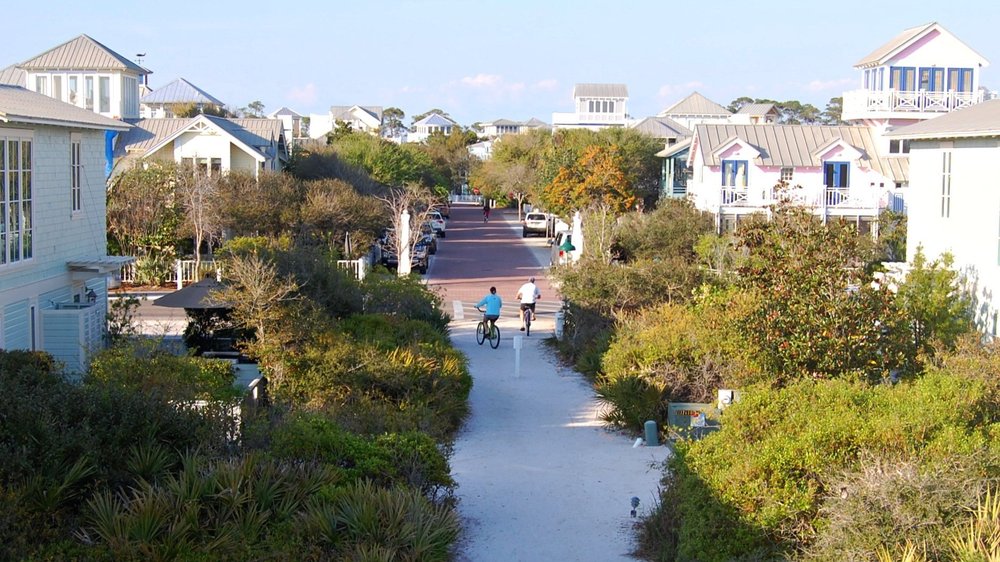 Those familiar with the New Urbanist movement are likely well acquainted with this “elitism” critique leveled at the town of Seaside, Florida (a Gulf Coast resort community regarded as the first New Urbanist town, and famous for being the setting for The Truman Show), where it is often explicitly used to argue that Seaside has been a failure. In fact, the argument is extended to discredit New Urbanism itself. To paraphrase: “The original flagship New Urbanist project is a snobby resort community, so why should I believe this whole design movement has anything to offer normal folks?”

Seaside is a resort community that’s quite expensive to buy a house in or even stay the night in, and I wouldn’t be surprised if some of its second-home owners hold “snobby” attitudes, for what that’s worth. But we have to understand the cause-and-effect here in the right order:

The right reasoning: Seaside is expensive and exclusive. —> Seaside is so appealing that rich people will pay a lot to have a house there. —> Maybe middle- and working-class people would also like that kind of opportunity. —> Build a lot more places like Seaside.

Cute, traditional, walkable, safe, pleasant: all of those features of place can be built cheaply, and thus could be possessed cheaply if there were simply enough to go around. 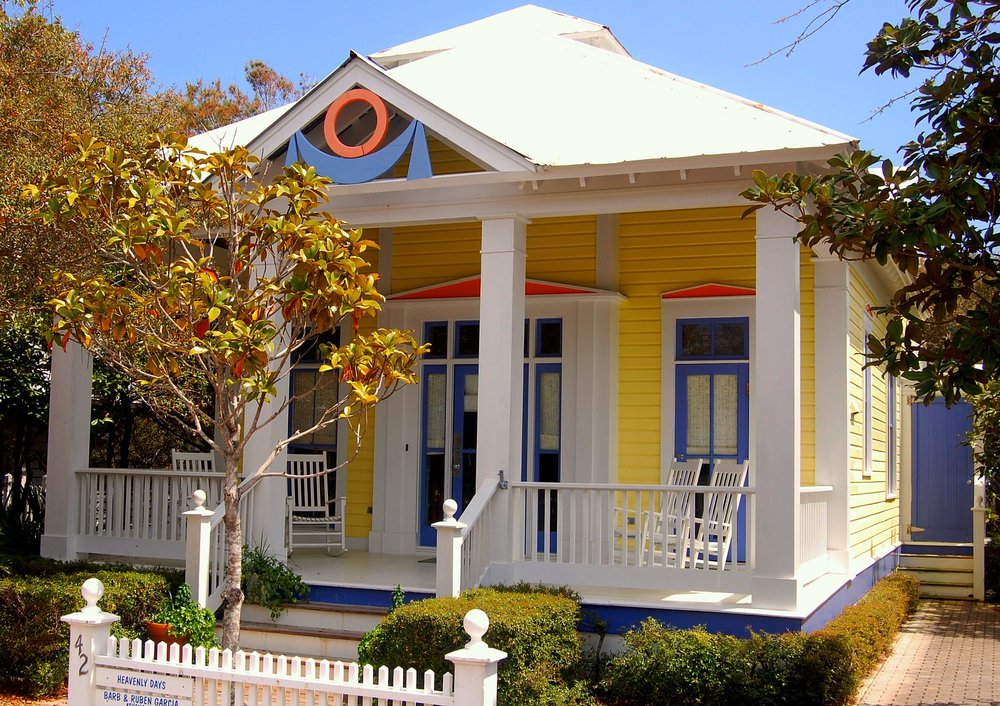 Scarcity Makes It Harder to Tell What Communities Really Want

None of this, by the way, means that there aren’t meaningful differences in preference between the kinds of communities the rich want and the kinds of communities the working classes want. Or that those differences shouldn’t be understood and honored. They should, largely through trial and error and learning from how people actually respond to spaces, once allowed to experience them.

There are also important differences in how different groups of people experience space. For example, women have different safety concerns than men in public, and people of color may experience the “natural surveillance” of eyes on the street differently than white people do. Single-family homes make sense for families, and not so much for other household arrangements. So design should always stem from actual community needs and preferences.

Abundance as an Answer

You can play Mad Libs somewhere like Twitter with the phrase “[x] is gentrification,” where x is literally anything potentially nice. Streetlights that work? Sidewalk repair? And so forth. The reductio ad absurdum is that we, as a society, shouldn’t attempt to build nice things for the masses—even comparatively cheap nice things like sidewalks that don’t suck—because rich people will just end up hoarding the nice things. Nobody actually believes this in its starkest form, but people making an argument where that is the logical end point should examine their underlying assumptions a little more closely.

What is true: As long as there is a private market in real estate, comparatively desirable, unique, and scarce places will be bid up by those who can afford them. There are policies that can push back somewhat on this reality. We can create below-market-rate and/or social housing. Cities can ensure quality public amenities like neighborhood parks, street trees, and working streetlights are in every neighborhood, and not make public investment decisions on the basis of neighbors’ wealth or political influence. But short of Fully Automated Luxury Communism, there are limits to our ability to push against the realities of the market. What we can do, though, is create more of the nice stuff until the bar for “nice” simply moves higher.

This of course doesn’t apply to things that we, as a society, can’t financially sustain. A private country estate for everyone isn’t in the cards (even if that was basically the marketing pitch for suburbia).

But the good news about walkable urbanism and streets where you won’t get killed by a car: these things aren’t expensive to provide. They’re cheap to provide!

When I spoke with the developer of Serenbe, an affluent community outside Atlanta being built on traditional town design principles, he told me that the public investment required to build in that way offers a 60% savings over conventional suburbia. Let me stress that: Urbanism is substantially cheaper to build than suburbia. (So why is Serenbe an affluent community? If you’ve been reading this far, you know the answer.)

Where we’ve allowed cheaper-to-build, cheaper-to-maintain, quality-of-life-enhancing things to become luxuries, that is on us. That is our failure, and it’s a failure brought about to a large extent by bad policy that tells us we can’t have nice things, because nice things are for the rich.