And the answer is that the world is likely to warm more than current projections, if two recently published pieces of research on the terrestrial and ocean carbon sinks are any guide.

About 30% of the carbon dioxide (CO2) that humans are pouring into the atmosphere mixes with the top layer of the ocean (making the water more acidic and posing a growing acidification threat to ocean life), about 30% is absorbed by the terrestrial biosphere (trees and plants), and about 40% stays in the air, heating the planet.

Assumptions about those processes in the future fundamentally affect projections of future warming. If these ocean and terrestrial carbon stores (or “carbon sinks”) become less efficient, then a greater proportion of human emissions will stay in the air, and warming will be faster than currently projected for a given level of emissions.

So the models make assumptions about these carbon stores:

Now comes the crunch: recent research indicates that the current assumptions are both too optimistic, and the future emissions will cause faster warming than the models currently project.

First, the terrestrial carbon sink.  In a paper released on 13 January, Katharyn A. Duffy and colleagues ask “How close are we to the temperature tipping point of the terrestrial biosphere?”  Plants both absorb carbon by photosynthesis and release it (respiration), especially at night and when they are stressed by heat.

So what of the future?  In the first large-scale observation-based projections of future trends in photosynthesis and respiration, Duffy et al. find that past a certain level of warming, the efficiency of this carbon sink starts to fall, both because the amount of photosynthesis levels off and then declines, and because respiration (carbon loss) accelerates.

At higher temperatures, respiration rates continue to rise in contrast to sharply declining rates of photosynthesis. And their eye-widening conclusion is that “Under business-as-usual emissions, this divergence elicits a near halving of the land sink strength by as early as 2040”.  This is a stunning result, especially since the planet remains on a high-emissions/high-temperature path, with warming currently 1.2C above the late 19th century, and accelerating. 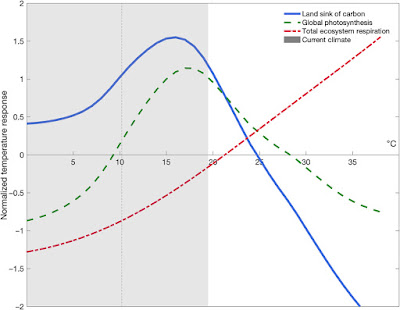 Table 2 from “How close are we to the temperature tipping point of the terrestrial biosphere?

Their research shows that “currently, the mean temperature of the warmest quarter (3-month period) extends just past optimal temperature of net land carbon uptake” and that “any additional warming will both move mean climate past the inflection point for photosynthesis (i.e. total photosynthesis passes its peak), effectively slowing land carbon uptake, and increase the cumulative amount of time where photosynthesis is negatively affected” (see dotted green line in diagramme).

Thus, with more warming from now on, the “land carbon balance (solid blue line in diagramme) will first weaken and ultimately reverse sign from carbon sink to carbon source”, so that “temperature tipping point of the terrestrial biosphere lies not at the end of the century or beyond, but within the next 20 to 30 years” for some vegetated landscapes. About 50 percent of the terrestrial biosphere will reach temperatures above the threshold that limits photosynthesis by mid-century, reports Bob Berwyn.

Perhaps it is worthwhile reading that last sentence again!

In particular the researchers note that “biomes that cycle 40 to 70% of all terrestrial carbon including the rainforests of the Amazon and Southeast Asia and the Taiga forests of Russia and Canada are some of the most vulnerable and that “this reduction in land sink strength is effectively front-loaded in that a 45% loss occurs by midcentury”. That is, within 30 years, these forests may only take up half as much carbon dioxide as they do now!

Inside Climate News reports comments by Christopher Schwalm, an ecologist and earth system modeller, who said the findings mark a tipping point, of sorts, at which “the land system will act to accelerate climate change rather than slow it down.”

Ecosystems also release carbon dioxide when they die or are burned in wildfires. Schwalm says there is the potential for dying trees to increase CO2 release even more as they decay, driving additional global warming, but because forest die-offs are not factored into this research: “For my money, the results (in the research paper) are conservative.”

This is a big story! Much of this decrease in sink capacity will not happen towards 2100 in distant decades, but in the next two-to-three decades, by which point the capacity of the terrestrial carbon sink will have “tipped” and will be decreasing — and disastrously so for tropical rainforests — contrary to climate model assumptions.

Secondly the ocean carbon sink.  In research published last year, Li et al. show “Increasing ocean stratification over the past half-century” due to reduced vertical mixing with the result that the ocean has become substantially more layered (or stratified), with a warmer surface layer on top.

They explain that the global ocean has become more layered and resistant to vertical mixing as warming from the surface creates increasing stratification, and this stratified configuration “acts as a barrier to water mixing that impacts the efficiency of vertical exchanges of heat, carbon, oxygen and other constituents”. This stratification is a central element of Earth’s climate system because:

“The increase of ocean stratification feedbacks to climate change. With increased stratification, heat from climate warming cannot penetrate into the deep ocean as readily, which helps to raise the surface temperature. It also reduces the capability of ocean carbon storage, exacerbating global warming. It prevents the vertical exchanges of nutrients and oxygen, and impacts the food supply of the whole marine ecosystems.”

To repeat, it “reduces the capability of ocean carbon storage”.

Once again, this research shows that model assumptions about ocean mixing and carbon absorption capacity may well be over-optimistic.

Inside Climate News reports Micheal E. Mann, one of the paper’s authors, as saying that:

“The take-home point here”, says Mann, “is that once again we are learning that the uncertainties are not breaking in our favor,” he said. “If anything, the impacts of climate change are proving to be worse than we predicted.”

Exactly.  So next time you hear someone quote an IPCC report or some model projections about future warming with some degree of certainty, appreciate that such projections do not incorporate these recent findings — about the future decline in the terrestrial carbon sink, or the consequences of increasing ocean stratification — and the IPCC projections should be taken with a grain of salt.

In reality, future warming is likely to be faster and more severe than current models project.