Transition Marlborough wanted to help save the bees so they started joining up landscapes to connect pollinators and people.

This is the story of a small, local project to help bees. They are in trouble, along with all flying insects, and we can all do something to help.

There are 25 native species of bumblebee, over 250 species of solitary bee and one species of honeybee in the UK. Many are in decline, but even DEFRA’s 2014 10 year National Pollinator Strategy highlights that we know very little about many of them, so measuring baselines and progress is a real challenge. Last year German research hit the headlines showing a 75% drop in flying insect biomass over just 27 years across 63 nature protection areas. What a wake-up call. 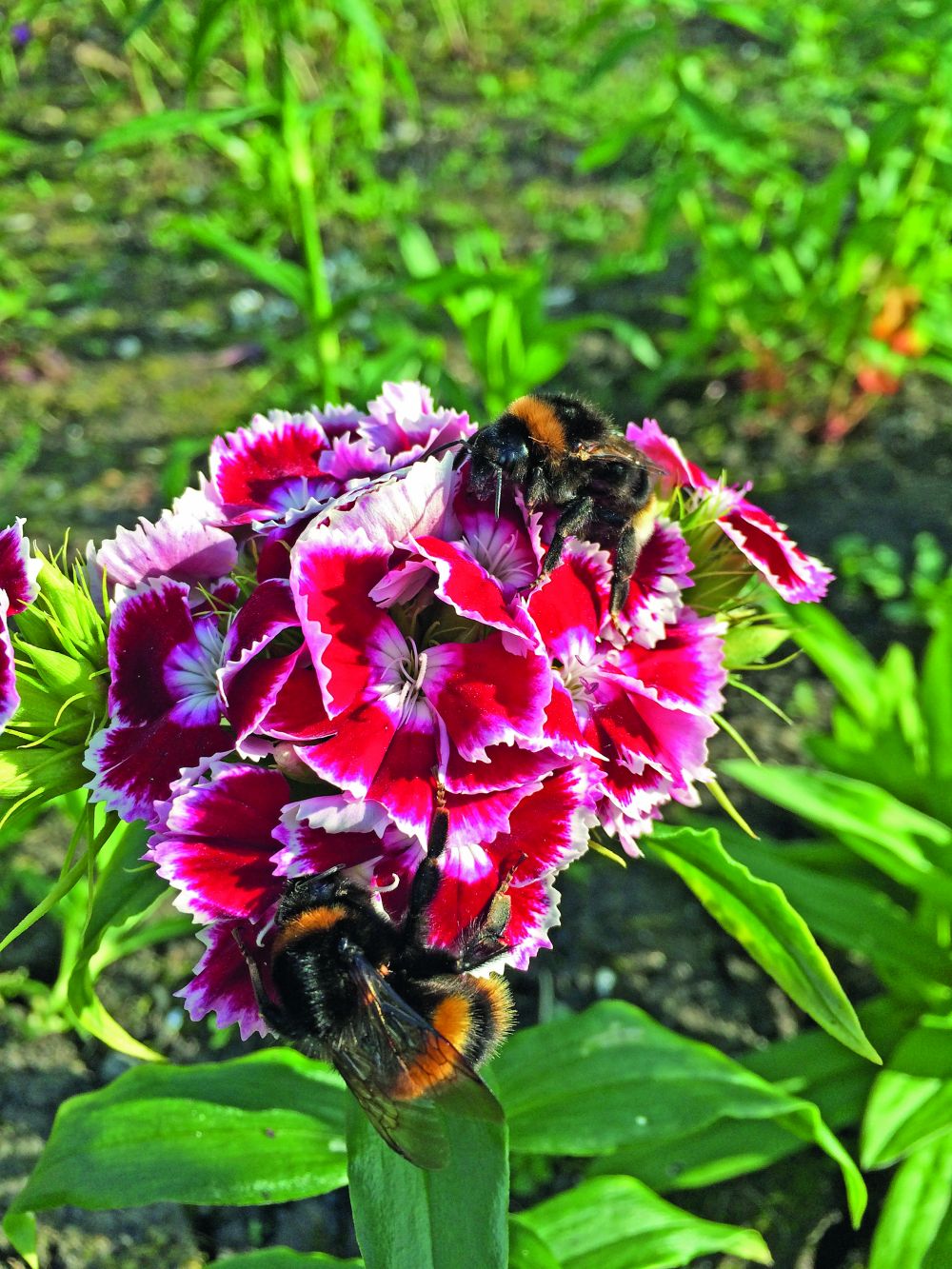 Our four key project aims:
1. Raising awareness of bees and their predicament
2. Encouraging everyone to contribute, however they can, to join up the landscape by creating more pollinator-friendly forage and nesting habitat
3. Actively contributing to national insect monitoring schemes
4. Creating a replicable model of effective community-based response to the National Pollinator Strategy.

The reasons for decline are complex, multiple and their impact is cumulative. They include loss of diversity and quantity in year-round pollen and nectar-rich flowers, loss of nesting and hibernation habitat, pesticides, habitat fragmentation, climate change, disease and parasites.

Just here in the UK, in the last 60-70 years we have lost 97% of wildflower meadows, 300,000km of established hedgerows and 80% of flower-rich chalk downland. Two species of bumblebee were lost in the mid-late 20th century, eight are currently conservation priorities and two more survive in rare and limited areas.

This decline is critical because insects are krill and plankton equivalents in the complex food webs on land. Equally, the quantity, quality and nutritional value of our global human food supply is strongly linked to insect pollination. Can we turn this around? What level of co-operative effort is required? 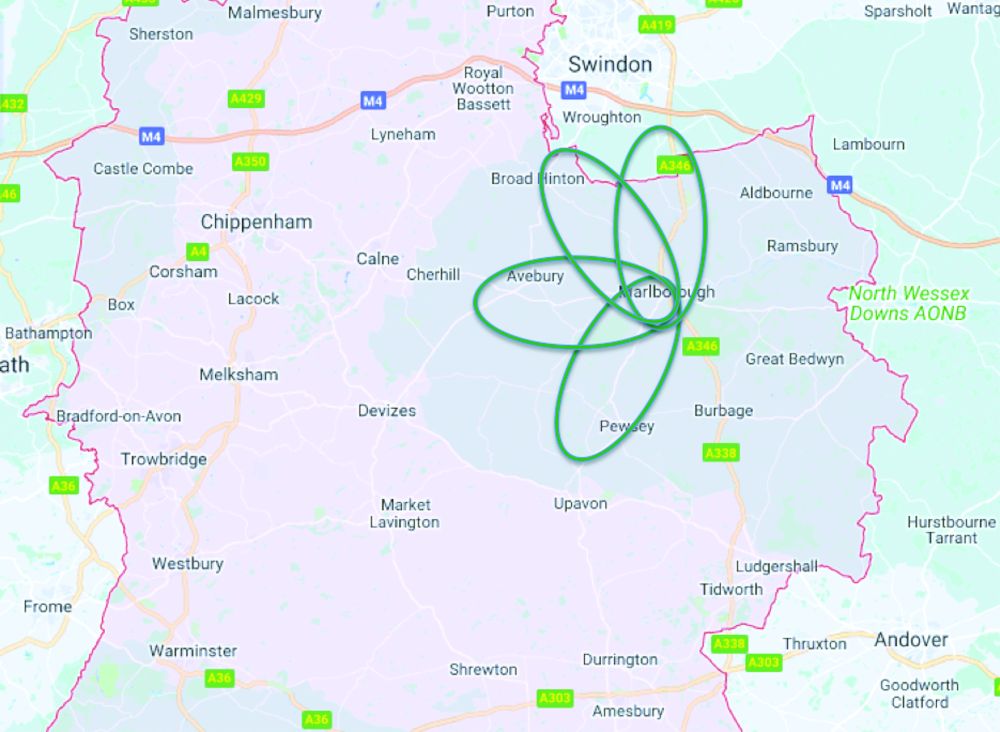 At Transition Marlborough we were inspired to do some-thing in our local area. With friends from the neighbouring village of Pewsey, seven miles away, we thought “we’re already linked by an A-road … what if there was also a Bee Road?” So in February 2017 we drew a petal shape on a map and defined our project.

We knew that honeybees will travel 3-4 miles from their hives to find food if necessary. Some bumblebee species don’t forage beyond 400-500m from their nests. So these seven miles are both an insect- and human-friendly scale. We can join up the people, organisations, farmers and landowners here because we actually know each other and that’s just what bees need; continuity and not isolated oases of food and habitat with deserts in between.

A key part of the awareness raising is to help people fall in love with all the different bees because we choose to take care of the things we love and diversity matters when it comes to pollination. Red mason bees, for instance, do over 60 times more pollination than honeybees because of the way they pick up and redistribute pollen. Tomatoes need bumbles to buzz-pollinate them; shaking the flowers to release pollen. Field beans need bees with long tongues; the short tongued bees bite through the flower-base to sip nectar without pollinating them.

Importantly, bee pollination does more than just replicate the same plants, generation after generation. They contribute to the selective evolution of plants and without them genetic diversity and resilience is affected. One study investigated the difference between hoverfly and bumblebee pollination of field mustard. Bumblebee-pollinated plants grew 76mm (3in) taller after just nine generations. They flowered earlier, smelled stronger and had more bee-friendly colours under UV light. The hoverfly-pollinated plants were 15 times more likely to be wind/self-pollinated and therefore less genetically diverse. That diversity is the key to pest, disease and climate change resilience. Yet it’s not all about the ‘services’ that benefit people; they are pollinating the food plants of many wild species too.

One of our first project actions was design and siting of banners to mark the two ends of our ‘road’. They depict plants that flower each month from February to November since bees need forage from ‘Valentine’s to Fireworks’.

We decided, initially, to simply do what we could with what we had, follow up where there was willingness to contribute and talk to as many people as possible to encourage broad involvement. Whatever can be done is encouraged, whether it is: reviewing garden plants and choosing more bee-friendly ones; sharing those plants with friends and neighbours; taking part in national monitoring schemes; reducing pesticide use; creating hibernation and nesting habitat for solitary bees; landowners surveying field margins for wildflowers and seeding the less rich areas; entering a vase of bee-friendly flowers to the new class at the village show; hanging up a crocheted bee for awareness-raising; offering scything lessons at a local nature reserve; planting dozens of honeysuckle cuttings in the hedgerows; or letting a corner of a churchyard grow wilder. 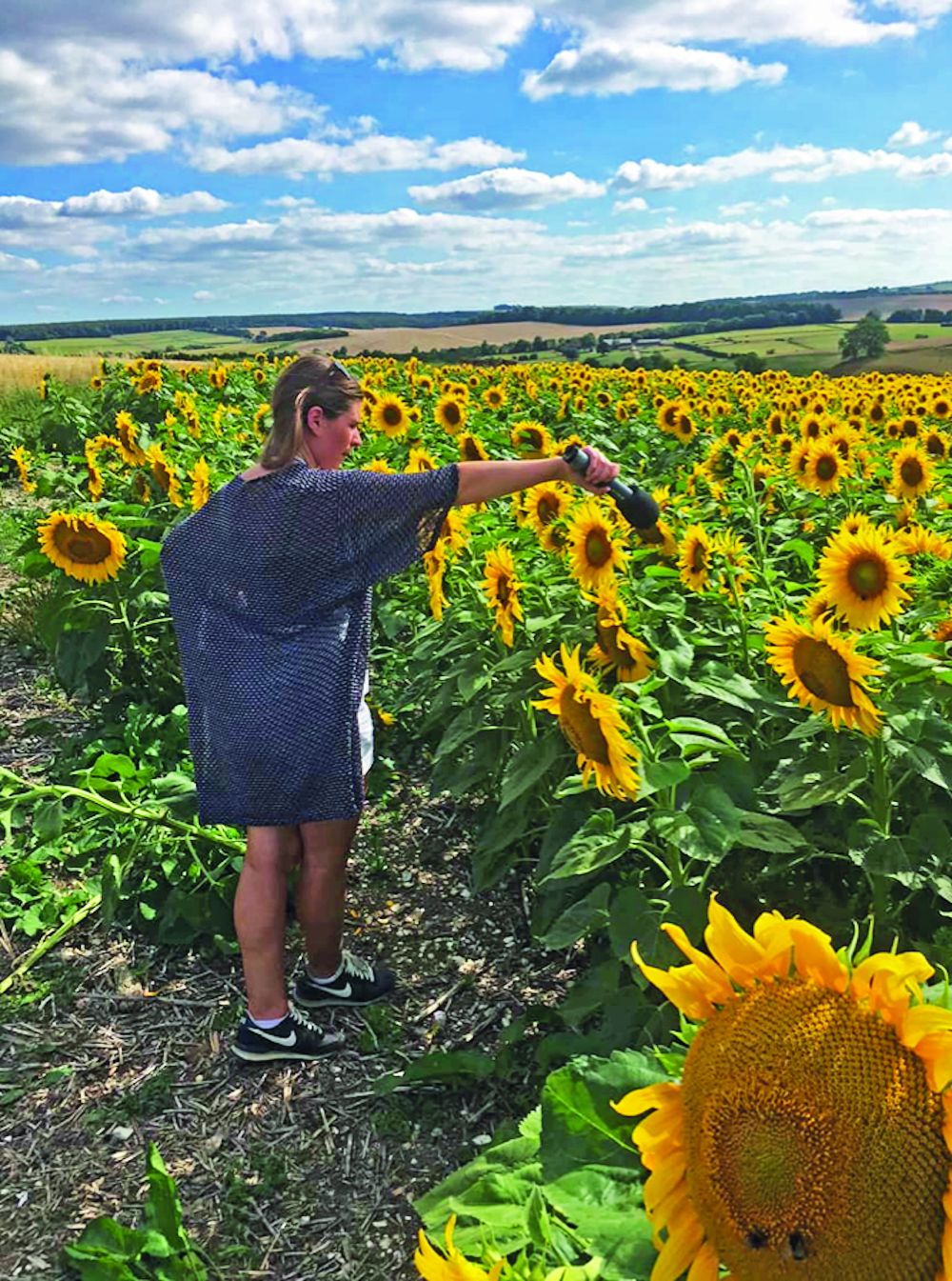 Quite early on we had the good fortune to meet the farmer-led Marlborough Downs Space for Nature (MDSfN) project through their dynamic project manager Dr Jemma Batten. She was looking for a new challenge for the group after great successes with increasing rare tree sparrow populations across the Downs and the installation and regeneration of 16 dewponds across the shared landscape, amongst many other environmental improvements. 86% of that previously dry landscape is now within a mile of a reliable water source and the benefits for nature have been phenomenal. The MDSfN was the only farmer-led Nature Improvement Area of 12 pilots that were supported by DEFRA in 2012. That successful farmer-led model has now been replicated across over 90 further clusters across England. The project area covers land to the north and west of Marlborough, conveniently offering up another three seven mile Bee Road ‘petals’.

The project is as much about recognising and mapping what is already working as it is to plant up new areas. Sunflowers, for instance, are grown on the Downs for bird seed and are also rich in pollen and nectar. The flower-rich field margins that were provided for the tree sparrow villages are also clearly contributing to the Bee Roadzz too.

In October 2018, 11,000 spring-flowering bulbs were planted in public spaces by 13 community groups. A small child planting the first breakfast for a hungry bumblebee queen emerging from hibernation, setting out alone to keep herself and her first, vital brood alive, is a level of personal and deep nature connection that is an important aspect of this project. Community involvement and home garden-scale planting and habitat, when joined up, can make a real difference too. There is growing evidence that allotments, domestic gardens and community green spaces in urban environments offer enormous potential for increasing pollinator populations and protecting genetic diversity. 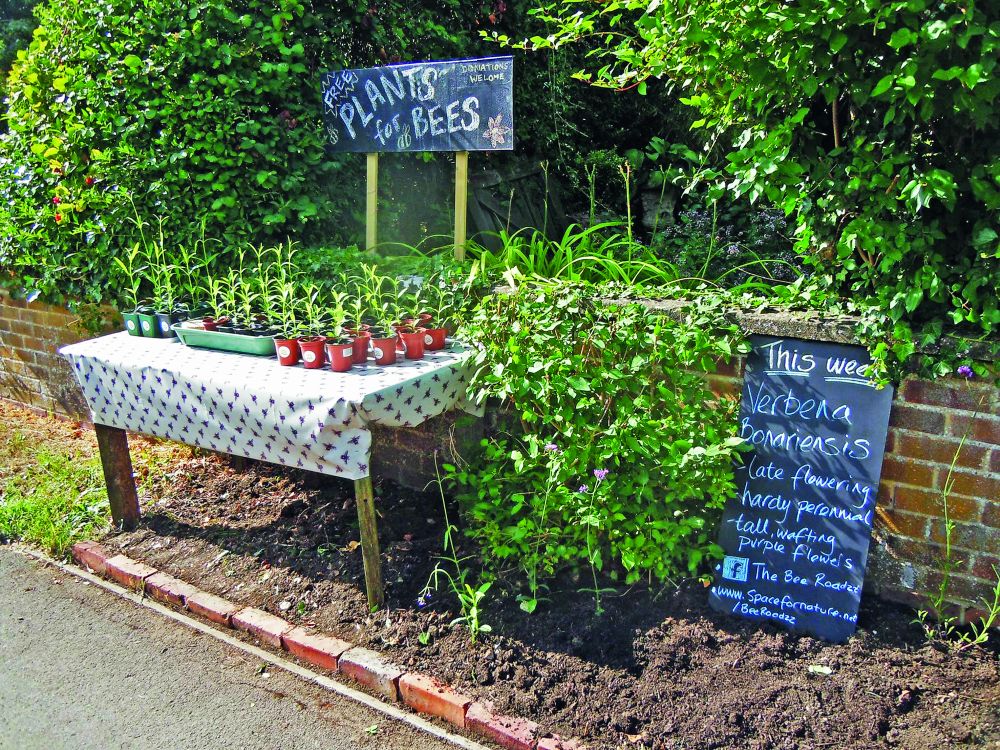 How Much Land is Needed?

Given the scale of the challenge there is a call for broad rural landscape conversion back to flower-rich forage too. Just how much land is needed and how can that be calculated and communicated effectively to farmers and landowners?

An answer comes in a paper produced as the background to the suggested agri-environment package for pollinators as part of the new Countryside Stewardship scheme. It may be incomplete but the data is now starting to improve and it does give a broad ball-park figure of between ½ million and 18 million flower units per 100ha of land. The lower estimate can be created by utilising about 2% of managed fieldspace. This is part of the longer term goal; to bring back enough fields, margins, flowering trees and hedgerows for a secure and guaranteed future for the local bees and other pollinators.

What next? Well, we’re connecting with Swindon, to our north, and being inspired by our friends at the award winning Secret Garden in Salisbury, to the south. The vision is that towns across Wiltshire replicate the project and act as hubs for ‘flowers’ of Bee Roadzz that will cover the county.

We are seeking partnership with national projects like Buglife’s B-lines to help fill the gap on their map of national connections and we’d like to see our localised model researched and replicated across the country. One focus for 2019 will be hedgerows and how we can encourage their management to maximise their flowering and fruiting potential.

The Bee Roadzz are making a valid contribution to the goals of the National Pollinator Strategy and we will support its replication in other areas. After all, a petal becomes a flower, becomes a field, becomes a landscape and what we join up for bees, it turns out, we join up for people too through new friendships, connection and community.

A quarterly magazine, Permaculture: Earth care, people care, future care is a visionary magazine that provides the tools needed to create productive and resilient homes, gardens, economies, relationships, schools, farms and communities. It is full of solutions, projects and pioneering ideas from the very best of the permaculture movement. You can subscribe here.