A globetrotting bird, a crab that’s not a crab, a marine snail and a fish whose reproduction is so mysterious it fascinated Freud — they all walk into a sandbar. Unbeknownst to them, their future — no joke — hung in the balance of a decision made this November by the Atlantic States Marine Fisheries Commission.

For the past decade the commission has maintained a strict ban on fishing female horseshoe crabs in Delaware Bay — not because it’s full of diehard feminists, but because horseshoe crab eggs are a hot commodity. Fish and shorebirds hurry to gobble up these fat-rich, blueish-green gifts from the sea.

None of these diners are hungrier than the red knot. This robin-sized bird flies from the southernmost tip of South America all the way up to the Arctic to breed. Thousands of endangered red knots stop in Delaware Bay to bulk up to prepare for the remainder of their migration. How much weight they gain is the difference between a successful brood or a total reproductive bust. 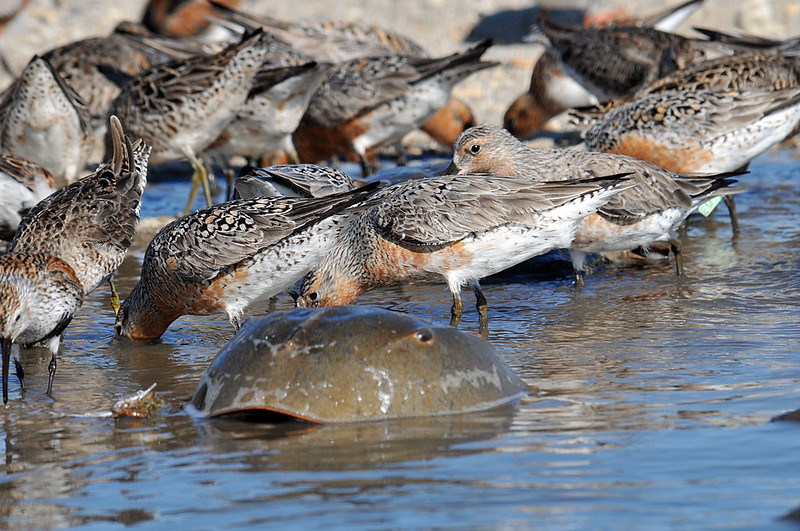 In the late 1990s, the red knot population began to plummet. Biologists thought that the unregulated harvesting of horseshoe crabs in the region left too few eggs for knots to gain the necessary weight to finish their migration.

As a result, in 2012 the fisheries commission developed a framework to limit the number of horseshoe crabs fished so there would be enough eggs for the birds. Unlike most fisheries limits, this method considered not just the species being fished but the species that rely on them as well.

A lot can change in ten years. The fisheries commission met this November to vote on a revised version of the model that outputs horseshoe crab harvest quotas, which suggested that females could be fished without hurting the red knot population. The proposal generated immediate concern in the conservation community, as the model was not scheduled to be published until after the vote Nov. 10.  This concern over lack of transparency turned to action, and the fisheries commission received more than 30,000 letters in defense of females.

That’s right. More than 30,000 letters standing up for a crab who’s not a crab — an un-crustacean.

And it wasn’t just tenderheartedness driving that concern. Some biologists worried the new model wouldn’t incorporate enough information. Larry Niles, a prominent biologist who studies the interaction between red knots and horseshoe crabs, believes the model should incorporate egg densities.

These densities have not increased since the early 2000s and remain pathetically low compared to past counts. In 1880 4 million horseshoe crabs were taken from the bay, their bodies stacked along the beach. They were so plentiful they were used as fertilizer until a synthetic product replaced it.

Now horseshoe crabs are used as bait in the eel and whelk fisheries. In 2021 fishers landed 365 tons of channeled and knobbed whelk, two species of marine snails, in the Middle Atlantic and New England, generating $8,229,963, while 184 tons of American eel generated $18,664,377. Eels, whose strange sexual development cause Freud to dissect 4,000 of them, are considered endangered by the IUCN, but not by the U.S. Endangered Species Act. Though eels can be eaten, they are also often used as bait in the recreational striped bass fishery, elongating the food chain beyond its natural limits. Whelk, marine snails with beautiful whorled shells, can take up to 10 years to reach sexual maturity, putting them at higher risk of exploitation than faster-growing species.

But that’s not all people want with horseshoe crabs. They’re also collected for their valuable blood, which contains Limulus Amebocyte Lysate, a compound with a similar function as our white blood cells. Horseshoe crabs have an open circulatory system that renders them susceptible to bacterial infections. To deal with this, LAL clumps around bacteria and stops them in its tracks. For the horseshoe crab, this prevents nasty infections from reaching their organs and killing them. For humans, it allows quick, lifesaving identifications of bacteria in a biomedical device, vaccine or other injectable.

Yet there’s a dark side to this lifesaving enterprise. Data on how many horseshoe crabs biomedical companies abduct for blood donations is not public, but we do know that the largest biomedical company involved in collecting them, Charles Rivers Labs, was found guilty of taking the animals from Cape Romain National Wildlife Refuge without the necessary permits. The U.S. Fish and Wildlife Service lost a court case for allowing the company to collect horseshoe crabs in this protected area. In another infraction, Charles Rivers Labs was found keeping horseshoe crabs in illegal holding pens, which violate the Endangered Species Act by preventing them from spawning and reducing the number of available eggs for red knots.

Since degrading their relationship with South Carolina, the company has relocated to Cape Cod, Massachusetts. This raises concerns of overharvesting in an area with fewer, smaller, and more exploited horseshoe crabs.

A Unique Species with Shared Threats

Beyond their unique contributions to blood and birds, horseshoe crabs inhabit a blackened branch of the evolutionary tree that’s extinct except for them. They look almost identical to the oldest known horseshoe crab, Lunataspis aurora, granting us a window into the past. They’re steadfast survivors. Their ancestors were around when Earth’s landmass was clumped together into the supercontinent Gondwana. As the land mass broke up, Gondwana eventually landed on the South Pole, ushering in a 20-million-year ice age.

Scuttling along the seafloor the whole time? Helmet shaped non-crabs with sword-shaped tails.

While horseshoe crabs are alone on their branch of the evolutionary tree, they’re not alone in the threats they face from people. Sea-level rise and shoreline hardening threaten their spawning habitat.

They’re also not alone in their reliance on natural beaches. It’s important to take all these shifting threats into account when setting quotas, which is what happened with horseshoe crabs.

Yes, the facts — and the 30,000 protest letters — outweighed the proposed model. As a result, the fisheries commission still accepted the new model but upheld the moratorium on females. This saves horseshoe crab eggs for red knots — and for future generations of crabs. 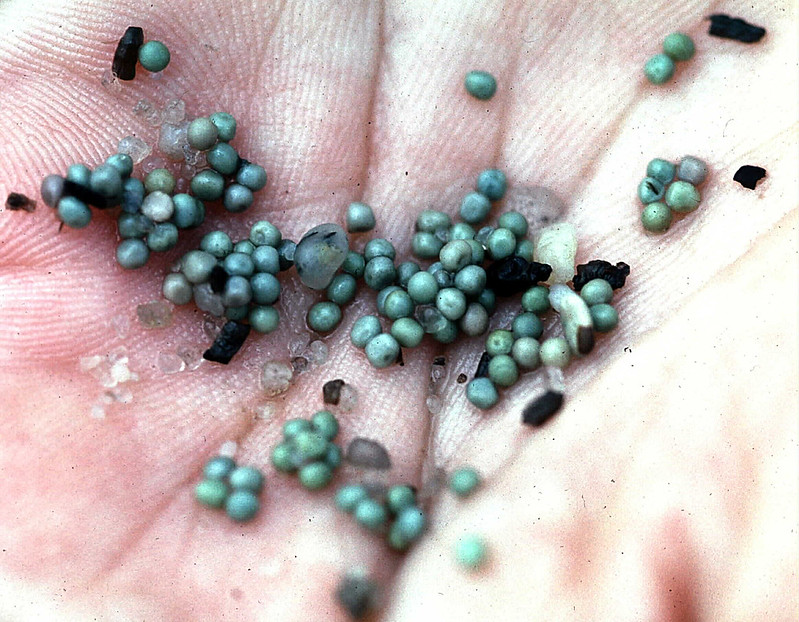 And in the process, this further supports (at least until the commission meets again) the original framework that served to protect both species at the same time.

That approach works, and it should now be further incorporated into other fisheries models and redefine the very concept of “sustainable fisheries.” Catching one species doesn’t happen in a vacuum — it affects other species that live in tandem with the target animal, and that has to be considered when establishing catch quotas.

Almost every wild population is being pushed to its limits by people. The ocean and atmosphere are changing rapidly due to the carbon we emit. Temperatures are rising fast, and we are leaving less room for wild creatures on land and in the sea.

When setting limits on how many animals we take from the sea — be they fish, whales or horseshoe crabs — we must combine science with an ethic of restraint enforced by public outcry. People care about horseshoe crabs and the animals that rely on them. We need to extend that care to more species and incorporate this non-quantitative consideration when setting fisheries limits.

The opinions expressed above are those of the author and do not necessarily reflect those of The Revelator, the Center for Biological Diversity or their employees.