Ed. note: This article first appeared on ARC2020.eu. ARC2020 is a platform for agri-food and rural actors working towards better food, farming, and rural policies for Europe.  You can find Part 1 of this series on Resilience.org here.

Fabienne and Sébastien opened the farm gates a long time ago. In fact, they make a point of visiting other farms, in order to respect different approaches. Their farm, Le Fournil de La Barre, is located in a vibrant territory in France’s Loire-Atlantique region. For the past decade, they’ve been part of a cultural association that does pop-up events in unusual venues. The couple sell their bread and poultry via three CSA schemes as well as direct sales. Finding solutions in cooperative approaches, they helped set up an abattoir co-op with other poultry farmers as a direct, bottom-up response to increasingly complex issues of animal welfare and biosecurity. Part two of a conversation with Valérie Geslin.

Sébastien: They need to ease off, stop making us treat with products. The DDCSPP (public health body) is putting pressure on us. You have to be motivated, passionate, you really have to believe in it because it will be complicated in the coming years especially with bird flu. Then there’s the salmonella guidelines: they’re the same guidelines as for factory farms. It can’t go on. But there’s no comparison, we have various ages, various species.

We set up a collective called Sauve Qui Poule (“everyman for his hen”) to keep up with developments in bird flu and talk about salmonella. The regulations are produced at European level, an they’re badly thought out. We’re sort of forgotten about because we don’t have a union. Maybe that’s our own fault.

Sébastien: In 2004, after four years of reflection, we opened an abattoir, we were 12 poultry farmers. The idea was to stop travelling 80 km to abattoirs that were becoming industrial and no longer suited our needs. We took responsibility and, with EU supports, we realised the project. The DDCSPP (public health body) were waiting to trip us up, they had no faith in it. The first year was complicated because getting the project off the ground is one thing, working together is another. It’s assembly line work, we didn’t know the facility and processing is complex. We were all a bit out of our depth. For five years it was tense and financially we didn’t make more than €2 per bird processed. Now we are 26 farmers and we process 100,000 birds per year. We work in teams, from Monday to Thursday. For the past five years there’s been an employee who takes care of upkeep, maintenance and slaughter. He knows all the workstations to replace the members if needed. The members need to master the strategic workstations. We train every new member.

Fabienne: We’re up to EU standards, all the birds are traceable. All the work is shared by the members and balances out: the goal is not to pay or to get paid. We’re flexible in the functioning but you have to anticipate time and hours.

Sébastien: We do lunches with the CUMA (machinery cooperatives). It’s interesting because we visit completely different systems and that’s a strength. By going to visit farms, you accept things better, more easily. Some of them have changed their outlook on what we do. We don’t realise everything we do. And vice versa, we don’t see what happens on other farms. It’s not a system that works for me but you understand better the constraints and the choices. Then you respect it more. 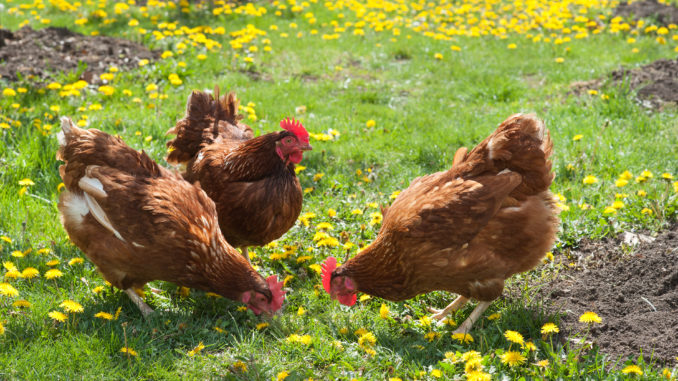 Sébastien: We have three AMAPs (CSAs), in other words 80 families. That measn 80 chickens a month plus bread. They’re not huge CSAs, but they’re local. That suits us. Here [on the farm] we’re open twice a week on Wednesdays and Fridays. We sell about 150 kilos of bread here. We open one Thursday a month. On Tuesdays and Fridays we also deliver to a shop and on Saturday morning, we’re at the market in Pontchateau, which is run by local farmers, not the local authority.

Fabienne: Our CSA members have become customers. Not all of them, but 70%. We see that with workdays : if two families out of 80 respond, we’re happy.

Sébastien: We could do without it, but above all it’s a perspective: it’s good to know we have it as a resource. We used to do workdays, there was a dynamic, it was positive, we felt supported by the CSAs. Then people moved on, they left.

Fabienne: We have our customers, it’s set. We’ve reached our limits. We’ll never do any more than we’re doing today. It’s a choice on our part.

Is public policy giving you a boost, in particular the Egalim law*?

Fabienne: No. Well yes, we sell our bread to the canteen, once a week, since the election change. It’s out of necessity, because they have to have 20% organic, but it’s not by conviction. There are some who are trying, they want to do things but there’s a wall in front of them. It’s not moving.

Sébastien: You don’t feel a dynamic. It’s not at all a priority. It’s a shame. It’s up to us to move, we have to go for it. If a municipality launches that, they have to be very convinced. It’s a long road. There are plenty of examples, it is moving, you can’t be negative. But you feel that for some it’s not a priority.

The territory is dynamic

Sébastien: We’re part of the association Le Barouf dans la Taupinière (“Racket in the Molehill”) to put on cultural events in rural areas in unusual venues, often on farms. We do outdoor cinemas, theatre, it’s very varied. It’s been going for 10 years. Half of the board is farmers but there are also community workers, teachers… It creates a dynamic. We’re trying to do a show for children because we have children too. The territory is dynamic : we’re not here by chance, we’re creating continuity.

* The 2018 Egalim law purports to ensure a more sustainable food sector with fairer prices paid to farmers. It includes a stipulation that 20% of products sourced by public canteens must be organic.