Ed. note: This article first appeared on ARC2020.eu. ARC2020 is a platform for agri-food and rural actors working towards better food, farming, and rural policies for Europe. You can find Part 1 of this series on Resilience.org here.

Work less, age better. Instead of more money, choosing to bring in more farmers. For Stéphane and his associates on their six-hectare horticulture farm, GAEC Le Jardin des Pierres Bleues, every choice is calculated to yield the best outcomes for people and planet. Part 2 of a conversation with Valérie Geslin.

It’s easy to sell organic vegetables at the moment. We go to the market or to the CSA, and the van comes back empty.

It’s very good because we sell everything by the kilo. We don’t do little 200g bags to make you think it’s cheaper. Once people taste the spinach and green beans, they won’t buy from anywhere else. That’s how we build our customer base. We don’t mess people around.

We do a Friday morning market: we sell our beans at €8 a kilo in all seasons; conventional beans sell for €14. But we’re no poorer than anyone else.

Direct sales are huge here. If there’s a new vegetable grower at the market, it’s not the grower who’s been there for years who is going to suffer. When there’s additional supply, the demand appears, it’s incredible. 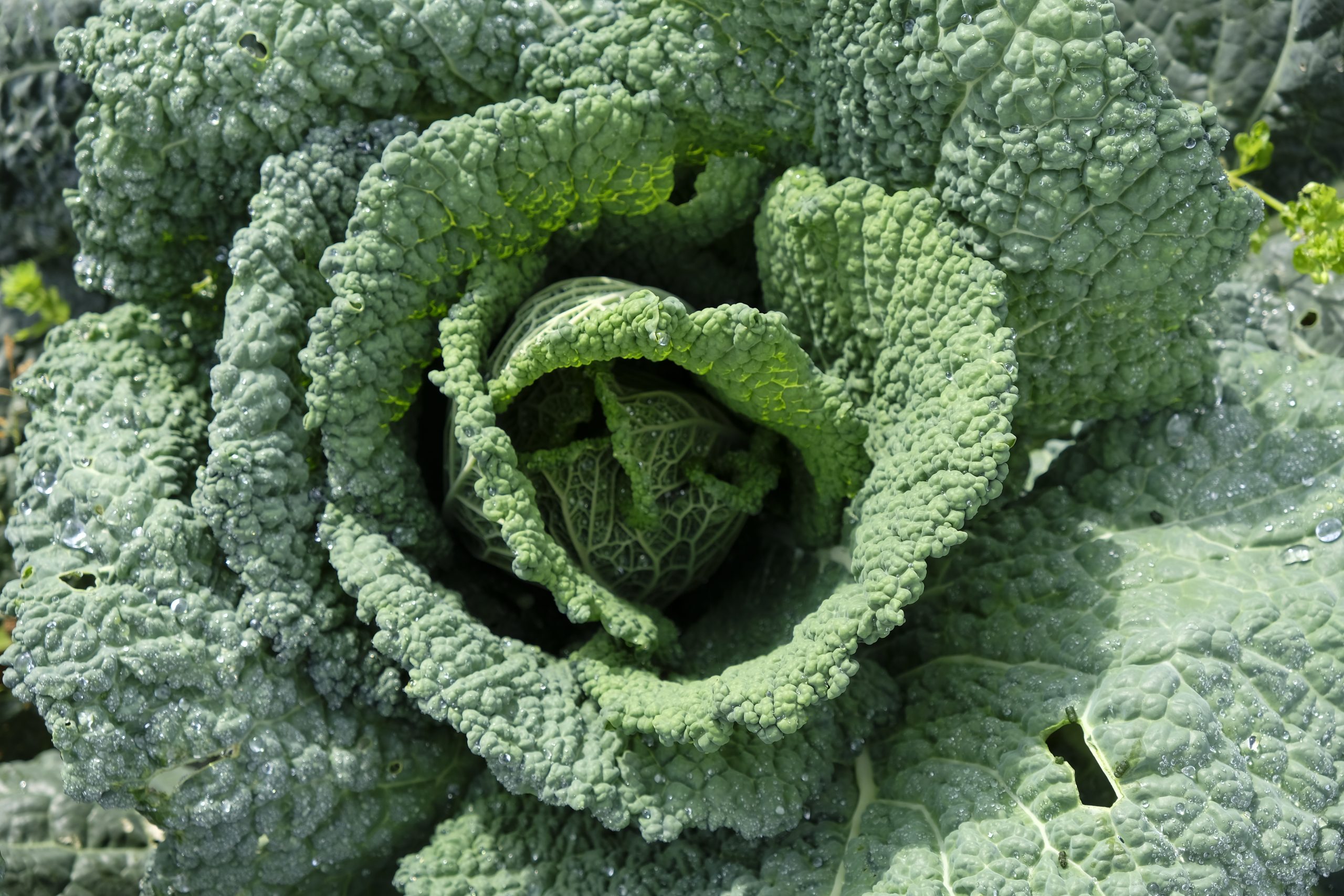 My mother is moving out. It’s a former farm; there’s everything a new entrant would need. I’m going to have to call farmers who have 300 or 400 hectares and ask them to leave aside 4 or 5 hectares for a new farmer to grow vegetables. But I know the answer already: it’s complicated. You’re dealing with people who never have enough, who are always complaining, who don’t take holidays, who are closed off from the outside. They are totally in the system.

I love going to talk to bankers with new farmers. I have the assurance of my experience. When I get a group of trainees, I tell them: “You bought books. Good. You’ll be able to light a nice fire with them and depending on where you land, you’re going to adapt your plan. You won’t adapt it to the books you’ve read. You can’t compare one place to another.

There’s an example in Quebec: they don’t do potato crops or cabbage crops. For us a crop is not even half a hectare. No potatoes, no cabbage. Anything that takes up space, they don’t do it. Easy. But if you want potatoes, you have to go elsewhere.

If we were a little more intelligent, we’d do big fields of potatoes for a village. That would work better. But that’s not the world we live in. 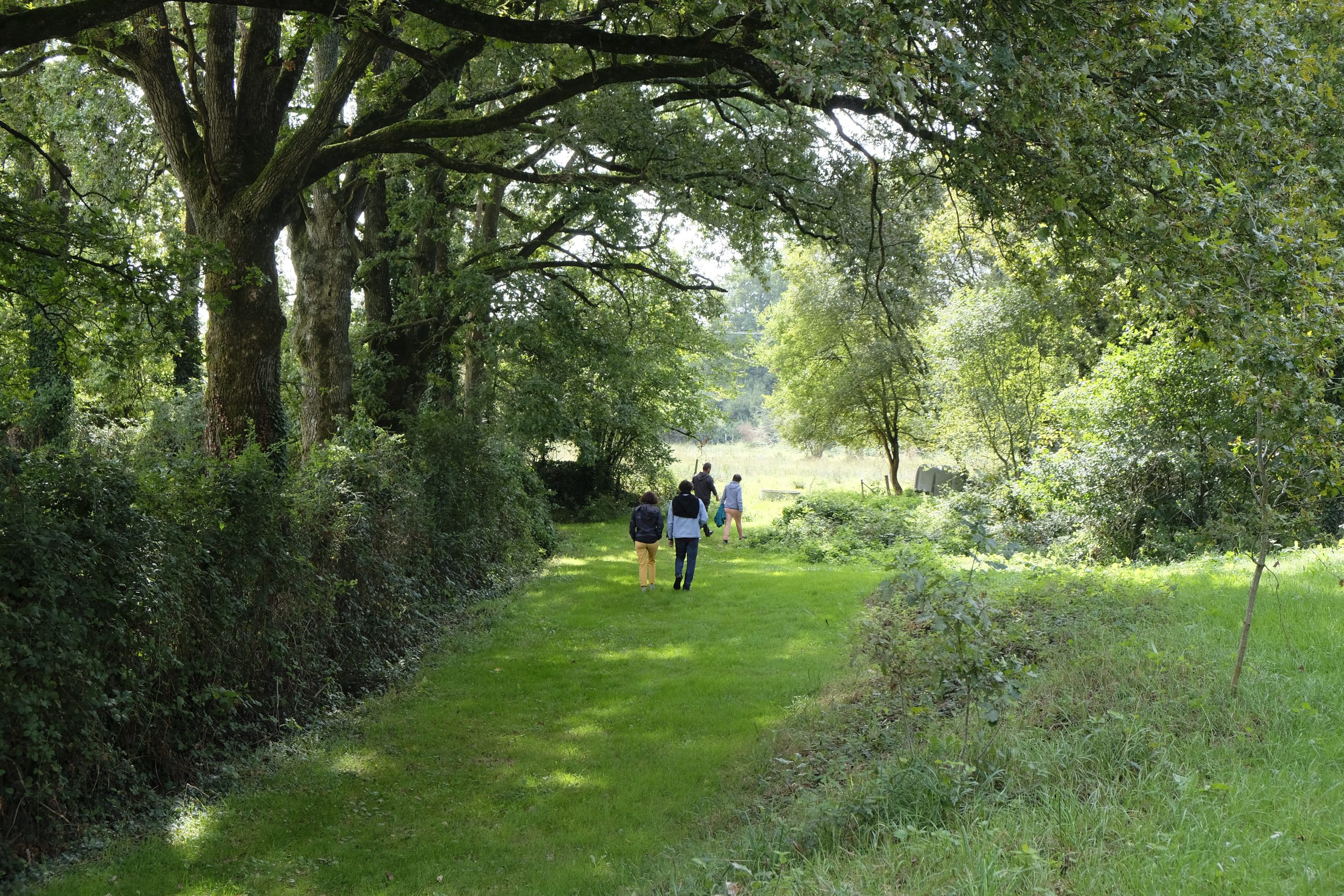 You start to see people who make me nervous. New entrants with these famous books. They want to produce on tiny little plots and they’re going to wear themselves out. In five years they’ll have destroyed their backs, their knees – and the drive they started out with.

The idea when you start farming is that five years in, you stabilise economically and in terms of production, and 10 years in, usually, you work less. I see people 10 years in who are working just as much. They won’t last, they’re going to hurt themselves.

If you want to age well, work as little as possible. That won’t happen by itself. But I see that for the last dozen years we’ve been working a lot less: we have more experience, there are more of us, and there’s less and less money to hand over to the bank. Instead of more money, we’ve chosen to bring in more farmers. 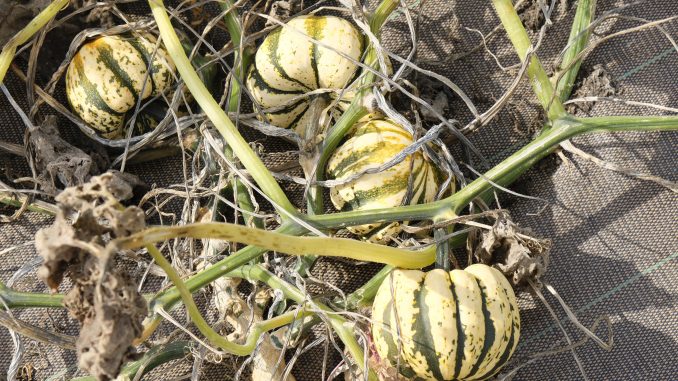 “We work with tarps, we put holes in them, we’ve had them for 13 years. There are choices of technique to make in the beginning.” Photo credit: Hannes Lorenzen

I’m not very involved in activism. I don’t really have the time. But there were plans to install wind turbines next to our farm, it was unbelievable, I met lots of local councillors, neighbours. I fought and there was a pretty good response. There were quite a lot of us. The local authorities were on our side. We don’t know why but we have no wind turbines!

You start to see fields of solar panels, where four sheep willbe put in under them. Enough! You can turn off the light, you can turn the thermostat down from 24°C to 18°C. I love these topics. I like to tell people that society needs to change.

We’re in constant contradictions. It’s not easy to sleep at night. You have to have faith.

France | Change Is In Our Hands – Part 2