Stéphane loves numbers, and it’s a formula for the success of the six-hectare horticulture farm, GAEC Le Jardin des Pierres Bleues, that he runs together with three associates and one employee in Vay, north-west France. Though none of the associates in the cooperative come from a farming background, Stéphane uses his number-crunching skills to weigh up every decision on the farm. By his calculation, everyone gets to earn a dignified living, true to their principles and to nature. Free of debt, and free of CAP subsidies… In conversation with Valérie Geslin.

I started running the farm by myself. But from the start I wanted something collective, with associates. Once you’re an associate, you’re that bit more implicated. It’s easier. If one of us is not well, there’s still 80% of the hands.

With the exception of the first associate, Julien, for the others the process of becoming an associate was long: Julie became an associate in November 2015, after working with us since 2013. As time went on, and the loans were almost paid off, we told her: “If you want to become an associate, you can. Financially it will work.”

When I see a van coming in here, I see a bill. Instead of bringing in vans, we got a new associate. The wages easily cover the bill for the seeds, the compost and the van.

We’re at €125,000 in revenue per year for five people so we have to produce €25,000 to cover wages and social security and… it works! A few years back we were at €1,700 in wages per month and per full-time person with benefits (food, car). We live very well. There’s no need to produce more.

After 10 years, we have no more bank loans. What’s nice about horticulture is that there’s little investment at the outset. If we want to borrow to buy a van or something, we prefer to go and see friends, we don’t go through the banks.

The choice of structure, social security regime, tax regime, all of that lines things up. It’s hard to manage if you choose the wrong set-up. We have the agricultural micro-profit system [micro bénéfices agricoles]. It makes quite a difference. The minimum social security contribution is €7,000 per year, but for us it’s €3,400 – and we’ll get the same pension. What’s more, we save €2,000 by doing without an accountant.

We also managed to avoid VAT because we’re below the threshold of €44,000 in revenue per person. That’s a saving of €3,000. You do very well if you choose the right set-up. In horticulture you can make a profit. We make about €15,000 profit which is often put back into the farm. We’re looking for a maximum of autonomy.

There is no Common Agricultural Policy here. It was a quick decision: you can’t combine tax credits for organic and CAP. Doing the paperwork for CAP would take time and reduce our tax credit. It’s not of interest. Above all I want farmers to be autonomous.

When I started farming, 16.7% of the village was organic [farming]. Now it’s 50%. You could say that’s awesome – but what kind of organic? These are people doing conventional that’s reasonable but not that reasonable. They’re doing organic milk, mainly in our area, and nothing has changed.

In organic now, a dairy cow can have antibiotics twice in her lifetime, and 50% maize silage. In fact you’re doing organic milk like conventional milk in the 80s and, with the European standards, you’re entitled to huge subsidies, for five years. And at the end of that period, you’re not obliged to stay organic. You can decide to go back to conventional. It’s pointless. 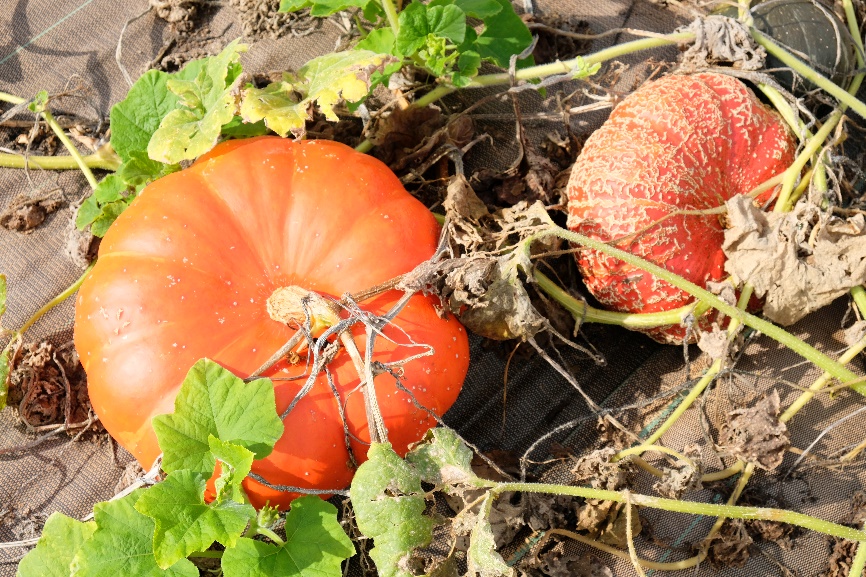 We have a collective garden. Otherwise we wouldn’t be able to take time off. And we take nine weeks off every year. Here, everyone is in the fields and autonomous in almost all the tasks, but the accounting is under my watch. I love my calculator.

We do an average of 40 hours a week; a bit less in winter. We have one employee who does 70% of full-time in a year. We hire a full-time worker for holiday periods and from the 1st of April to the end of August. We try to find someone ourselves: friends who are out of work, performers, there’s a good network around here. Sometimes we end up with people who aren’t necessarily responsible. They don’t get how it works; they don’t have the same time as us and ask to be paid more than minimum wage but that’s not always possible unfortunately.

We cultivate three and a half hectares of fields and 3,600 square meters of unheated greenhouses. Everyone can do everything but each of us has a responsibility. We each choose that for ourselves.

For example, Julie and Jade like to do seedlings. It came together like that according to people’s preferences. We have the hands available to work on seedlings at the start of the year, at the time when we need less hands in the field. But in April the grass starts to grow, the seedlings need less, so those two or four hands will go to the field and we make savings there too.

We grow about fifty different vegetables – maybe more. If there’s one that doesn’t work so well, it’s no big deal. This year we’re harvesting three and a half tonnes of potatoes. That’s a very small amount. But we don’t mind because the fruits, the leeks, the carrots are beautiful.

We haven’t used chemicals since 2012. At a certain stage the courgettes get powdery mildew; that’s the normal cycle. They are attacked as they age. It’s not worth treating it; you aren’t going to save them. If you work on it with a product, the working time is expensive, and so instead of trying to save a crop and sticking it out to the end, you’re going to do something else. You concentrate on what’s efficient.

Even in the choice of quantities, we’ve changed the production volumes to bring in enough revenue for everyone to live off of. If one year we’re short of carrots, we could say: “Next year we’ll do two or three more trays to be on the safe side.” But no, we’re not going to do that because we’d have to pay someone. And we’d have to work more. We’re going to get by with this amount and it’ll be fine. We’ll take our holidays all the same.

Compared to people who want to do permaculture, that works well in a private garden but, once you need to go a bit bigger and try to produce more, you need a lot of labour, a lot of working time. We work with tarps, we put holes in them, we’ve had them for 13 years. There are choices of technique to make in the beginning.

I have several seed providers. Over time you get into the habit, but the better things go, the more we save our own seeds. We save seeds from green beans, shell beans and courgettes because it’s easy, and there’s no cross-breeding.

Every time I try to figure out: “Will this take up my time and compared to what’s for sale, am I going to work more than the price of the bill?” I was able to compare the working time with the seeds to buy and it was certainly worth me doing it intead of buying them. Then there are crops where we can’t produce the seeds ourselves becuase we use so little of them that it would be too complicated. We’ve also been producing vegetable seedlings since 2015.

We use about 45 tonnes of cow manure. In recent years we’ve been using less and less. In production, you don’t need to be in the figures of the broader agricultural sector to get by. I prefer to plant 3,000 heads of celery and get small heads instead of planting 2,000 and getting big heads. We’re tending towards animal-free horticulture.

In part 2 of this conversation, Stéphane explains why he’s not afraid of competitors, and how politics is impossible to avoid in farming.

France | Change Is In Our Hands – Part 2