Climate change is a global phenomenon and can often appear to be a bigger issue in places where it is already very hot and humid. But what will the climate crisis mean for the relatively mild UK? To find out, we reconstructed the climate at a specific point in the distant past, an era when volcanoes had pumped about as much carbon into the atmosphere as exists today. We knew it would have been hot – but we didn’t expect it to have been so rainy.

Future changes in climate and their consequences for the UK are difficult to predict, but we do know that humans have already caused an increase in temperature of nearly 1°C in the UK and about a 6% increase in rainfall. Climate models predict a future with more extreme weather, with more rainfall, warmer summers and milder winters. While many might not object to milder winters and some might relish hotter summers, fewer people would want more rain and harsher storms.

To find out how likely these doomsday scenarios are, we can use the past as a natural laboratory. We know that climates have changed throughout Earth’s 4.5 billion year existence (though not at today’s speed) and by reconstructing and studying these changes we can explore climates never experienced by people. We recently published results of one such experiment that looked at the UK.

Back to the Pliocene

One era we looked at is the Pliocene, around 2.6 million to 5.3 million years ago. This was the most recent period when the UK was significantly warmer than it is today, when its landscape resembled the warm and humid forests found in modern south-east China. 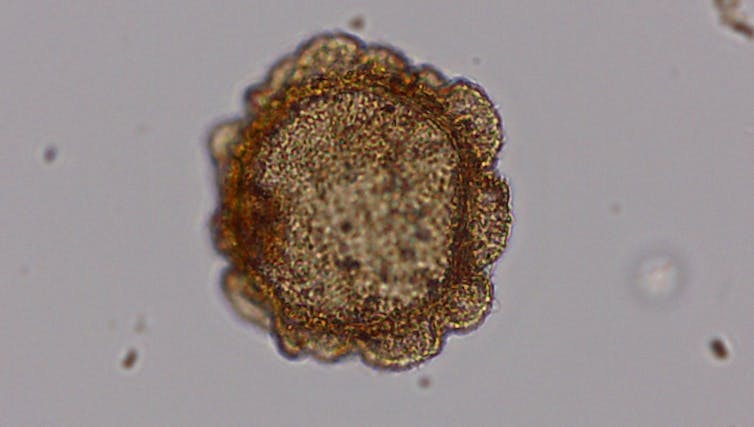 About the width of a human hair, this is 12 million year old pollen the authors found fossilised in the Peak District. Matt Pound, Author provided

Climate modelling studies suggest the world may begin to experience Pliocene climates by the 2030s. To see what this would mean in the UK, we used fossilised pollen from Essex and Suffolk. The type of pollen can tell us what sorts of plants were growing at the time, and these plants can tell us about the climate as a whole. This, combined with more sophisticated computational techniques for reconstructing past climates from plant remains, meant we were able to get a sense of the climate millions of years ago.

Our work reveals that Pliocene Britain would have had slightly warmer winters, but about 25% more rainfall with much of this extra rain coming in the winter.

Further back to the Miocene

If CO₂ emissions do not stabilise in the coming decade, we will be back to climates not experienced since an even earlier period known as the Miocene (between 5 million and 23 million years ago). Back then, atmospheric CO₂ concentrations were somewhere between 400 and 600 parts per million (ppm), very similar to present-day levels of 419ppm and the 500ppm-650ppm predicted by 2070. No wonder this hot era, with its smaller Greenland and Antarctic ice sheets, has recently been identified by the IPCC as an “interval of interest” that may contain some clues about future anthropogenic warming. 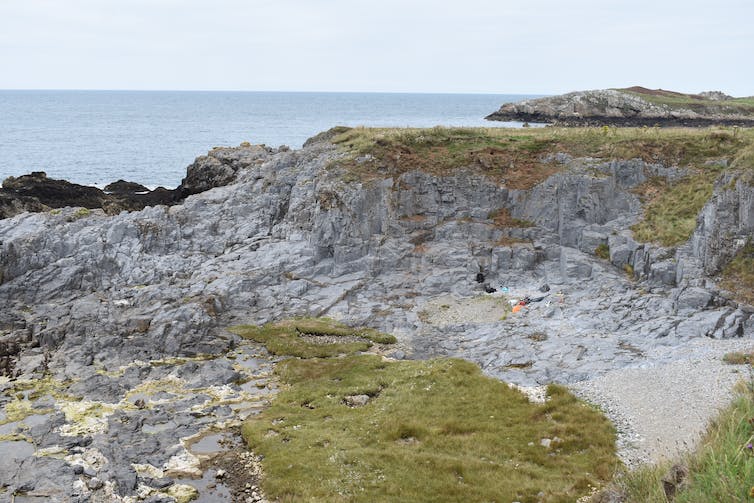 So what would the UK have looked like at that point? Fossil pollen from the Peak District and Anglesey provides insight into climate if CO₂ emissions peak between 2040 and 2080. The pollen from the Peak District is 12 million years old, slightly younger than that from Anglesey (by about 2 million years). It gives us an indication of climates similar to that potentially coming in the mid-21st century, with winter temperature increases of 3°C and summers 2°C warmer.

The fossil pollen from Anglesey was the oldest we studied and reconstructs a remarkably different climate from the present day: winters and summers 6°C warmer than today and a 61% increase in annual rainfall.

More frequent heavy rainfall would raise the risk of floods. Floods are already the most common type of natural disaster in the UK, and extreme flooding is set to cause wide-ranging damage in future to everything from roads and rail, to homes, livelihoods and natural ecosystems.

Higher flood risk combined with rising sea levels will also make storm surges bigger and more likely to breach coastal defenses. Indeed, one study cited in the IPCC’s latest report shows how warming of 3.5°C-4.8°C by 2080 could increase the cost of flooding in the UK almost 15-fold under high CO₂ emission scenarios.