Ed. note: This article first appeared on ARC2020.eu. ARC2020 is a platform for agri-food and rural actors working towards better food, farming, and rural policies for Europe. You can find Part 1 on Resilience.org here and Part 3 here.

In this three part series we present an analysis by Dr. Andrea Beste on the similarities, differences and synergies between the organic, agroecological and regenerative farming movements.  Part two here outlines the history and current status of agroecology. A German version of the entire series is also available below.

The term “agroecology” is currently used in very different contexts. In Germany, agroecology has a long tradition as a scientific discipline, along with urban ecology and human ecology. It deals with the ecological conditions and processes of agroecosystems and the agricultural landscape as a whole. Agricultural ecology not only takes into account ecosystems that are directly subject to agricultural use, such as arable land and grassland, but also the linked natural ecosystems, such as forests and moors, and their indirect influence by agriculture i.

The discipline also includes techniques from traditional tropical agriculture, for example at the German Institute for Tropical and Subtropical Agriculture (DITSL). In the English-speaking environmental movements of the 1960s and 1980s, the term was also used to describe organic forms of agriculture. In recent years, however, the term has increasingly been used in Europe to describe a movement or agricultural practice. 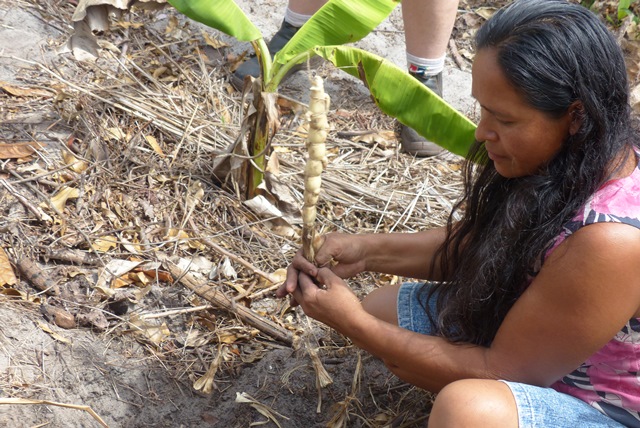 Different regions of the world have different meanings of the term. In the United States and Brazil, all three meanings (scientific discipline, agricultural practice, or movement) are understood by the term, with the scientific ones dominating in the United States and the others in Brazil. In France, agroecology has long been understood as a farming practice that partly coincides with organic farming ii.

In the 1970s, movements (especially in developing countries) which criticized the increasing use of chemical fertilizers and pesticides and the export-oriented plantation economy, began to promote alternative agricultural systems, family farms and independent production. They were called “agroecology”. A well-known supporter of these movements was José Lutzenberger (1926 – 2002), former Brazilian Environment Minister. Beginning in the 1990s in the United States and Latin America, agroecology was adopted as a term of its own by (smallholder) movements to express a new image of agriculture and its relationship to society.

It is difficult to distinguish them from organic farming, as the objectives are largely the same. Representatives of the agroecological movement often claim that agroecology includes special support for small farmers or goes “beyond organic farming”. Both are not quite right and not quite wrong. On the one hand, the organic farming movement from the outset also included a very strong focus on small and medium-sized enterprises and regional management independent of international corporations, but never laid this down in guidelines. On the other hand, agroecological movements outside local or regional ruling associations also have no guidelines that can be verified.

The criticism voiced by representatives of agroecology in Europe that organic farming is developing more and more into large-scale farming, allowing monocultures and large livestock to be grown on ever larger farms is reasonable. In addition, purchase deals with discounters such as LIDL, which depress producer prices, are criticized. In fact, it can be observed that there are farms that push the production rules of organic farming to the limit and focus on rationalization rather than on biodiversity. However, a structurally rich landscape with many ecological niches is primarily a question of field size and structural elements (e.g. hedges) rather than farm size. To date, there are no production specifications in organic farming for limiting field sizes or planting of hedges.

As far as purchase contracts with discounters are concerned, this is a current development due to the enormous growth of organic farming. Alexander Beck, Managing Director of the Association of Organic Food Manufacturers (AÖL) in Germany, describes this development as “growth pain” and this describes the dilemma very well. Beck does not plead for a retreat into the economic niche. He encourages all companies involved in the organic chain, including trading companies, to check the contracts to see whether they reduce the quality of the organic production process (production standards) in order to make them cheaper. This has to be avoided to maintain the high added value iii.

Even though there is a great deal of traditional experience for “agroecological” production methods, especially in South America, Asia and Africa (which is largely ignored by established Eurocentric agricultural science to this day), there are no national or international production standards. Thus neither the consumer nor the political decision-maker can prove if agroecology “goes beyond organic farming”.

What organic farming and agroecology have in common is that they reject synthetic fertilizers and pesticides, use organic fertilizers and stabilize their farming systems through diversity. While this is verifiable in certified organic farming and must be controlled and documented, there is no such certainty and transparency in “agroecology”. And although the vast majority of farmers who are convinced of agroecology certainly apply these principles – and often even more – this is not controllable by anyone apart from the neighbour next door. Theoretically, any farmer can claim to produce agroecologically and, if he deems it necessary, he can even use conventional pesticides or fertilizers. 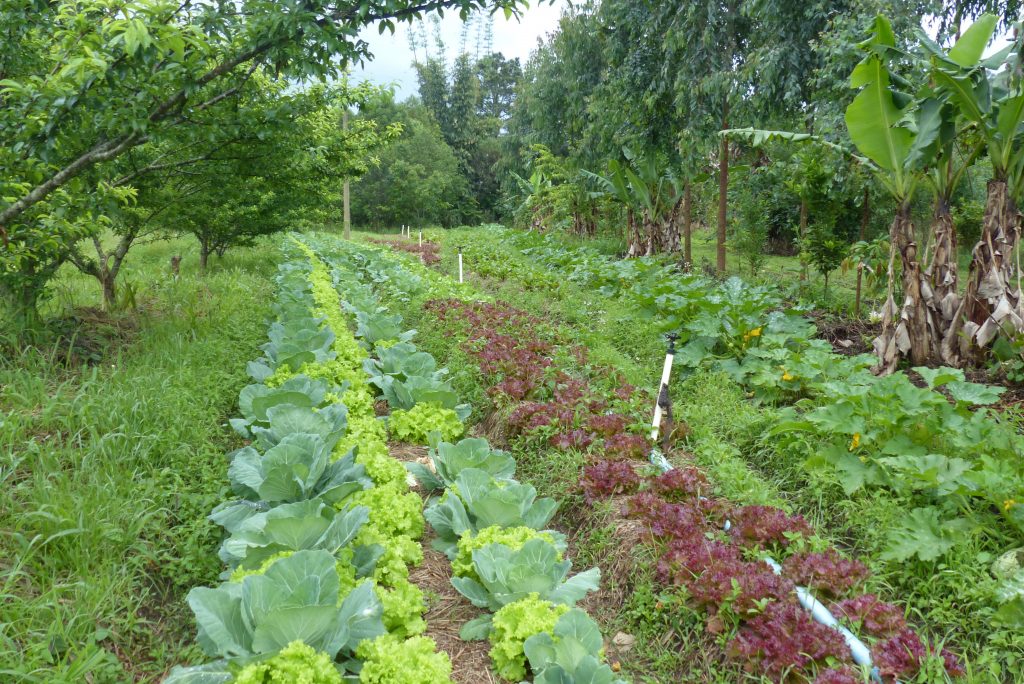 There are many small farmers in other parts of the world who produce agroecologically and also organize themselves under this term without being “certified organic”. This is for both historical trade and structural reasons.

Argentina and Brazil are examples which show this particularly clearly. In Argentina and Brazil, until the 1990s, cultivation and trade of organic food were almost unknown. When Argentina was included in the EU list of equivalent third countries for organic trade in 1996, the expansion of the organic sector accelerated in the second half of the 1990s, with annual growth rates of over 100 percent. This was due to the export-oriented, large-scale approach to organic production, which Argentina enforced iv. Today, Argentina has 3.4 million hectares of organically farmed land and is one of the world’s largest producers of certified organic onions, apples and pears. Other organic vegetables are produced there in quantity include garlic, asparagus and salad. And most of it goes to the US and European markets. In this export-oriented large scale dominated market, it is difficult to keep up for small and medium-sized companies.

Lauro Mocha from the “Agricultura Urbana” v program of the city of Rosario in Argentina told us the following during a trip by MEP Martin Häusling, which I accompanied and documented vi: “We want to grow vegetables and offer them fresh for the city population. The townspeople here hardly know any vegetables from the region, they buy everything in the supermarket. Many of the former smallholders who have been displaced and insecure by the soya invasion and are now working with us and are rediscovering their love for the land and for a farming activity that delivers quality products – from sustainable cultivation that makes them proud.”

When asked whether they had the products certified organic, Mocha reacted critically:

“Organic certification, as it is established in Argentina, is expensive, costs a lot of money and deprives us of the freedom for our local, smallholder agriculture. What is organic-certified in Argentina is intended for export to the USA and Europe anyway; these are completely different structures. We are interested in regional added value and in valuing the food produced locally, in valuing the work that goes into it and the people who do it. From our point of view, it doesn’t make much sense to lose part of the added value that our producers gain into expensive certification processes. What would be their benefit?”

This is understandable. But as nice as it is when the inhabitants of Rosario trust their farmers on the market, one wonders how a regional or national organic trade can be established in Argentina, if not with an affordable national form of certification? 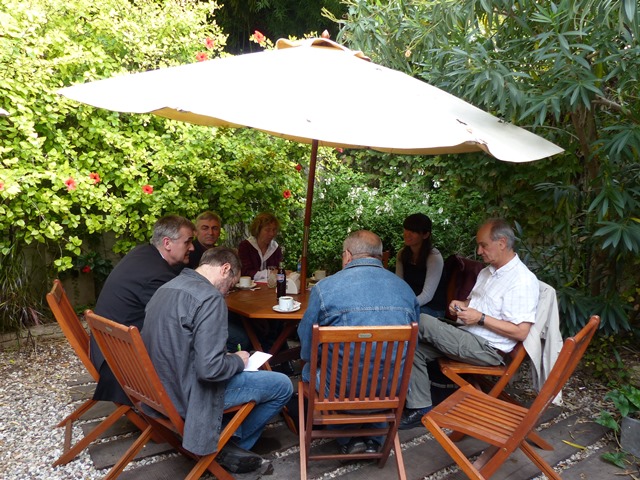 Meeting of MEP Häusling with members of Agricultura Urbana, Argentina

Nevertheless, on a trip in 2017, even there small farmers who are involved in agroecology projects told us that certification was too expensive and too cumbersome for them. This applies above all to very small, poor communities that operate beyond a functioning infrastructure with roads and transport vehicles. Vegetables that are offered fresh on small local markets seldom come from production with synthetic fertilizers and pesticides anyway. Therefore, there is little reason to verify the added value of the product. 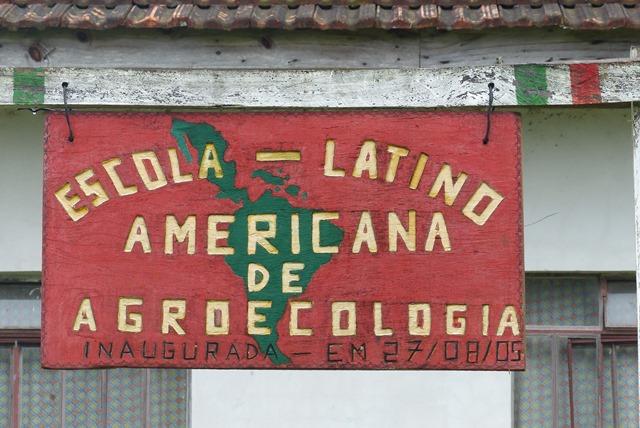 In Brazil, there is a national platform and a school for agroecology that offer well-founded further training in production. Scientists and practitioners are usually also very politically active and help their farmers/graduates to organize.

However, as soon as producers become more professional and supply themselves to the supra-regional organic trade, certification is a must. As soon as customers and producers can no longer get to know each other, there is also no more transparent and safer method, if one wants to avoid a situation where pseudo producers illegally collect the higher prices.

Ed note: For a somewhat different perspective on what agroecology means, see the series on Agroecology now starting here.