Ed. note: This article first appeared on ARC2020.eu. ARC2020 is a platform for agri-food and rural actors working towards better food, farming, and rural policies for Europe. You can find Parts 2 and 3 on Resilience.org here and here.

In this three part series we present an analysis by Dr. Andrea Beste on the similarities, differences and synergies between the organic, agroecological and regenerative farming movements.  Part one here outlines the history and current status of the organic movement. A German version of the entire series is also available at the link below.

The first organic farming activities in Europe emerged with the “Life Reform Movement” after the First World Wari, which turned against urbanisation and industrialisation. The aim was to return to a natural way of life: they wanted to settle in rural nature and establish a gardening existence there. This led to a focus on production techniques such as: – fertilisation with rotting organic waste, composting, green manure and green soil cover, gentle soil cultivation, nutrient supply through the recycling of composted urban organic waste and human waste, as well as rock powder.

Even then, problems such as soil compaction, soil fatigue, poor seed quality and an increase in plant diseases and pest infestations led to a rethink in farming. Rudolf Steiner (1861 – 1925) established biodynamic farming with the “agricultural course” during a seminar lasting several days in 1924, which dealt with these problems. In 1928, three years after Steiner’s death, the “Demeter trademark” was registered. Organic-biological agriculture, from which the “Bioland” association emerged, was also developed in Switzerland by Dr. Hans Müller (1891 – 1988) and his wife Dr. Maria Müller (1894 – 1969) at the beginning of the last century. The theoretical basis was provided by the German physician and microbiologist Dr. Hans Peter Rusch (1906 – 1977).

In 1939 Lady Eve Balfour started the Haughley experiment on farmland in England. This was the first scientific comparison of organic and conventional farming. In 1941 J.I. Rodale in the USA decided to share his horticultural experience with the world and published the Organic Farming and Gardening Magazine. In 1947 he founded the Soil and Health Foundation (now known as Rodale Institute). Also in 1947, Sir Albert Howard published “The Soil and Health, A Study of Organic Agriculture” in England. This is the first book to include “organic” farming in its title. In 1959 the “Groupement d’agriculteurs biologiques de l’Ouest” ii was founded in France.

Since the first alternative proposals of the ecological movements for sustainable agriculture, these have been smiled at, defamed and described as unworkable. The world first had to learn that even the “Green Revolution“, with its high yield seeds, bags of fertilizer and pesticide spraying, could not solve the problems that were already occurring at that time, and were even aggravated them. However, this was initially drowned out in a worldwide rapturous frenzy about increasing yields iii.

While established agriculture continued to rely on intensive mineral fertilization, the use of pesticides and, increasingly since the 1980s, genetically modified, patented seeds iv, five organizations from Europe, South Africa and the USA founded the International Federation of Organic Agriculture Movements (IFOAM) in 1972. By 1975 it had already grown to 50 members from 17 countries. IFOAM currently has 157 members from 127 countries. IFOAM has, among other activities, developed an international standard for organic agriculture (the only one valid worldwide to date) and a framework for eco-certification, which was trend-setting for e.g. the first EU Organic Regulation (see below). 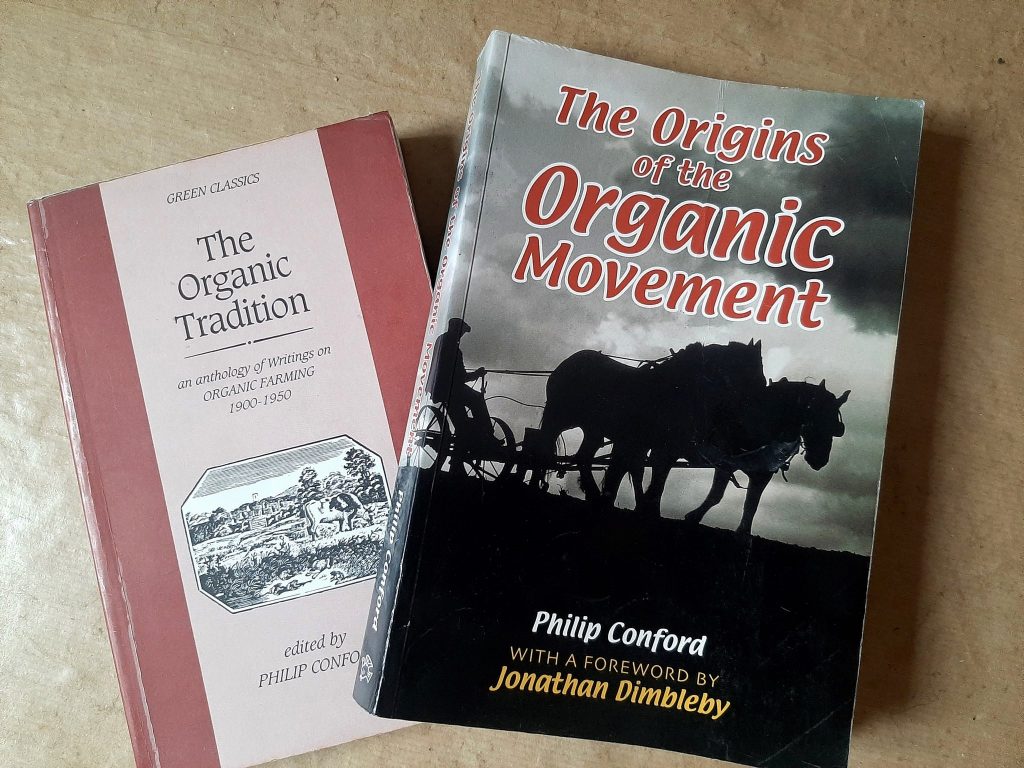 In 1985, the share of private (by associations) certified organic production in Western Europe was only 100,000 ha, less than 0.1% of the total agricultural area vi. Since the early 1990s, organic farming has developed rapidly in almost all European countries. And the increase is continuing.

In 2018, 7.2 percent of the area in the EU was farmed organically. Globally, the data for 2018 show 70 million hectares of organic farming and almost 2.9 million producers.

Organic farming is therefore – in contrast to what many people believe – not just a European-North American affair.

Market success and the debate about standards and fairness> 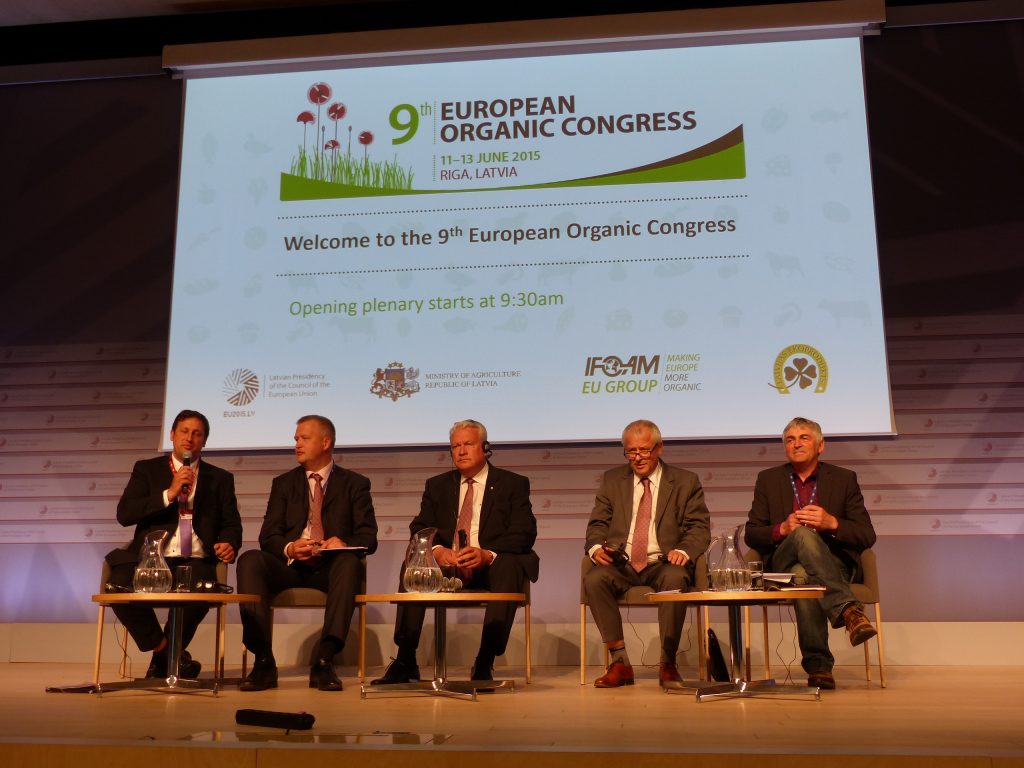 Since the beginning of the 1990s, even the “organic” market has developed rapidly. National and international regulation and certification systems were developed and established in order to prevent misuse and fraud and to be able to offer consumers trustworthy products. Since 1992 there has been an EU-wide legal regulation with production standards and specifications for the use of the term “organic farming” (EC Regulation 2092/91). In 2007, 60 countries worldwide had passed legislation, by 2017 there were 93 viii.

It is clear that this is no longer a grassroots movement, but a globalized market with enormous potential to gain added value. In 2017, organic products with a total value of 97 billion US dollars were sold worldwide. In many advanced markets for organic products, double-digit growth rates have been achieved since the 1990s. 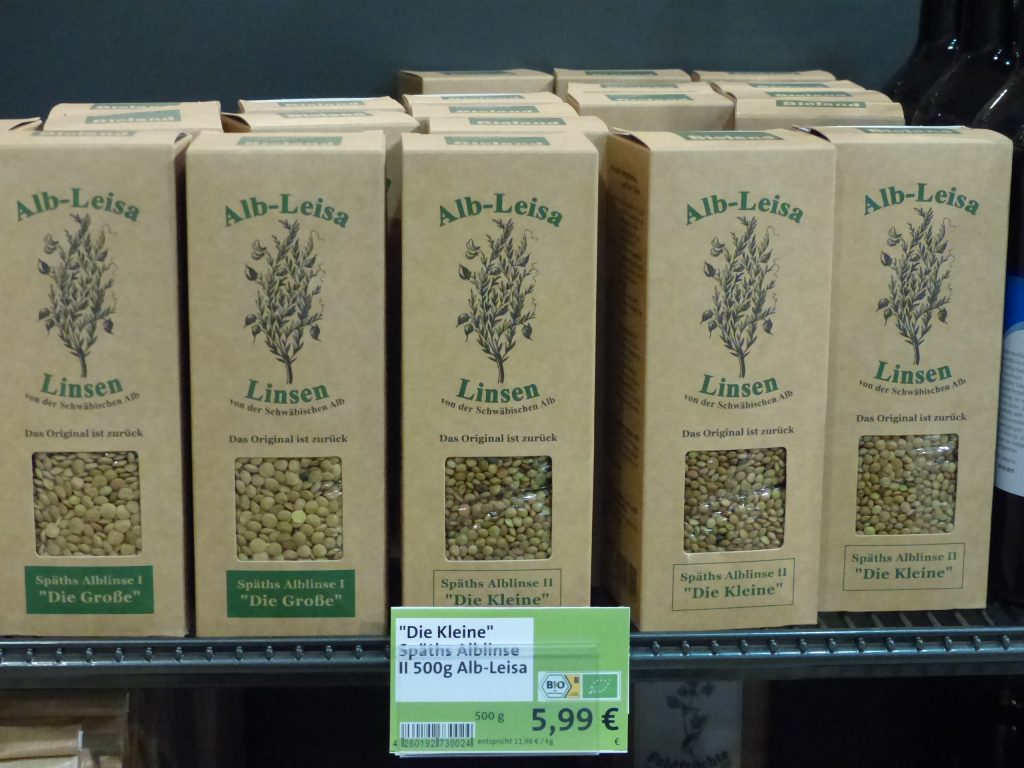 The objective of fair prices and regional marketing, which initially has been a basic principle and still exists among many players in organic agriculture, is difficult to maintain in such a globalized market -especially if not all products are locally available in organic quality. However, these efforts still exist in the organic scene and many actors are not happy with the rapid integration into the global market trade flows, which often include unfair value creation margins – especially for producers. The implementation, however, is a difficult balancing act between supplying large population groups with organic products, which needs to deal also with supermarkets, and regional production and distribution of high quality handycraft products.

Research on organic farming: first smiled at then ignored? 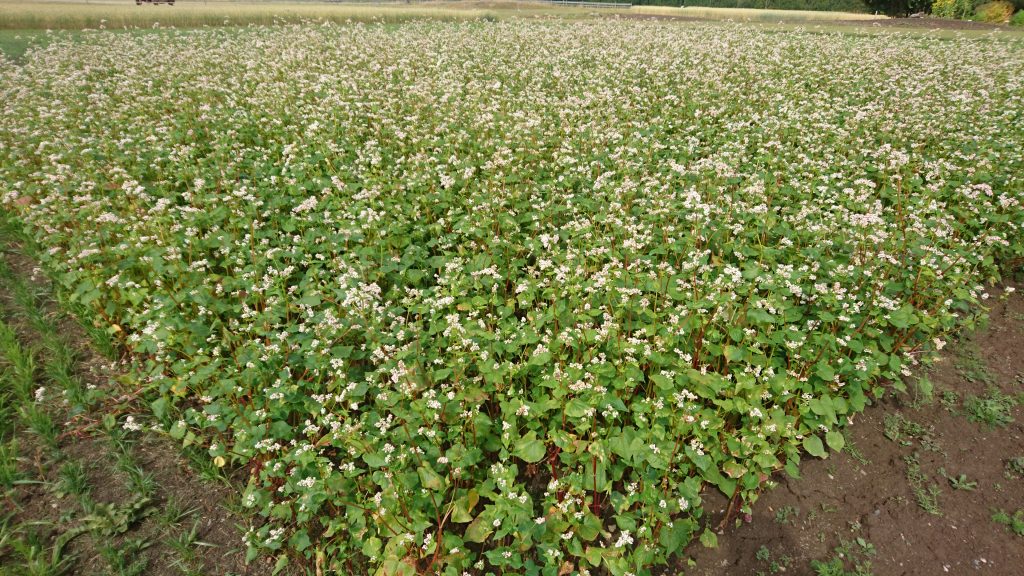 In the beginning the so called “alternative farming” was smiled at and not taken seriously. In Germany in the 1980s this term was still written in quotation marks in scientific publications. There was no course of study or education yet. In the meantime, hundreds of international, national and regional comparative studies prove the superiority of organic agriculture in all areas that stand for sustainable agriculture ix.

Scientifically based, depending on the potential, millions of Euros would have to flow into the further development of these highly innovative cultivation systems. Not at least in comparison to the current conventional agricultural systems, which – scientifically proven – are neither efficient nor economically productive for producers, nor sustainable for the ecosystems and the climate. It is obvious that the optimization potentials, which would be possible in organic and are also urgently necessary, cannot be developed with such limited resources. A large part of extremely innovative eco-research – such as in viticulture – is even only possible with private funding (or co-funding), see for example the INBIODYN project on viticulture in Germany.

Long-term basic research, which makes it possible to further develop the cultivation systems of established organic agriculture in Europe, e.g. in the direction of permaculture, agroforestry systems or integrated field-forest pasture management, often is only project-related and/or underfinanced (e.g. SOLMACC.

However, the permaculture, agroforestry or integrated field-forest grazing systems in particular have the greatest potential for developing high-performance agricultural systems that could produce a significantly higher calorie output per hectare than the current European organic agriculture – and this combined with climate protection and adaptation advantages and resource conservation and development – would be optimal.

i Beck, A.; Cuoco, E. (2014): Strategic Research and Innovation Agenda for Organic Food and Farming.

iv In 1986, the world’s first field trial with a genetically modified plant took place in the USA.

viiFIBL/IFOAM (2019): The World of organic agriculture. Statistics and Emerging Trends 2019.