Professor Jules Pretty is an author and academic whose work focuses on sustainable agriculture and the relationship between people and the land. He is on the Steering Committee for a new, ground-breaking report from the Economics of Ecosystems & Biodiversity for Agriculture and Food (TEEBAgriFood). This report addresses how to evaluate our agriculture and food systems while considering a range of social, human, and environmental dimensions across the value chain.

The goal of TEEBAgriFood is more comprehensively to determine the absolute costs, benefits, and dependencies of agriculture and food production. What makes some produce less expensive in most supermarkets is in part the use of cheap—often subsidized—fertilizers and pesticides, but that retail price does not take into account the hidden costs like environmental damage from runoff or human impacts on life and livelihoods. Conversely, these prices do not recognize the positive benefits created by more sustainable forms of agriculture. If we want accurately to price food, all these side effects, or externalities, need to be accounted for. TEEBAgriFood is creating a framework for assessing all the impacts of food, from farm to fork to disposal, including effects on livelihoods, the environment, and human health. This can help farmers, decision makers, and businesses more accurately look at the impacts of different practices and policies.

Professor Pretty worked for ten years at the International Institute for Environment and Development, where he was director of their sustainable agriculture program. In 1997, he joined the University of Essex in the U.K., where he set up the Centre for Environment and Society. He is currently Professor of Environment and Society and Deputy Vice-Chancellor at the University of Essex. He received a 1997 award from the Indian Ecological Society, was appointed A D White Professor-at-Large by Cornell University from 2001, and is Chief & Founding Editor of the International Journal of Agricultural Sustainability. He received an Order of the British Empire in 2006 for services to sustainable agriculture, an honorary degree from Ohio State University in 2009, and the British Science Association Presidential Medal (Agriculture and Food) in 2015. His books discuss the importance and relevance of nature for people and include This Luminous Coast, which won the New Angle Prize for Literature, and The East Country, Almanac Tales of Valley and Shore.

Food Tank had the opportunity to discuss the TEEBAgriFood report and the connections between food, environment, and human health with Professor Jules Pretty. 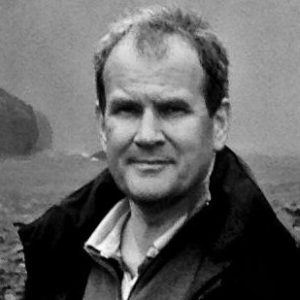 Food Tank (FT): What is the most interesting thing you learned from working with TEEBAgriFood?

Jules Pretty (JP): Making very clear that the externalities—the spillover costs—of the world’s food and agriculture systems are extensive, often hidden, and not currently valued well. Once these are set out, policymakers will better be able to understand what actions they should take to promote more sustainable agriculture and healthy food consumption.

FT: What is the most significant unintended consequence of our current food system that policymakers, funders, and donors ignore?

JP: I would say the health costs of modern, processed foods. We have been identifying and costing the environmental costs for many years now, and are getting better, but in the end, we need food systems to produce healthy food and improve natural capital.

Food and agriculture systems can improve both health and the environment: this is what they should do now.

FT: What is the relationship between the eco-agri-food system and human health both directly, in terms of food consumption, and indirectly?

JP: Food consumption clearly is hugely dichotomous worldwide—people eating too much and eating the wrong types of food, and people with not enough access to food. Hunger and overconsumption go side-by-side. There are 47 million Americans hungry today.

So, we need to change both farming and food consumption behaviors.

FT: Why should we be concerned with preserving nature, especially if it may come at the expense of agricultural productivity?

JP: Because the ecosystem services (ES) derived from natural capital (NC) of the world are hugely important to us all. Agricultural and food systems are unusual as an economic sector in that they shape ES and NC for both the bad and the good.

Nature is not just nice to look at; it is vital for our well-being.

FT: How can academia play a larger role in informing and shaping our food system?

JP: By undertaking key research into models of food systems that will deliver both health and environmental benefits. By collaborating with local groups to come up with new solutions. By encouraging novel forms of sustainability in agriculture. By helping to build the social capital necessary to effect worldwide transformations of agriculture and food systems.

FT: What do you want people to know most about the TEEBAgriFood report?

JP: That it shows sustainable agriculture can work and is being widely adopted, and that it shows we need healthy food consumption behaviors. The two go together. Soil Microbes “Key to the Function of Agricultural Systems” How to Break into Organic Farming: Interview with Rodale Institute “The Time is Now for our Country to Help Young Farmers”