This piece was published in Spanish in La Jornada, January 17, 2023. It was translated into English by Jane K. Brundage.

If you ask me what is the most advanced postmodern experience in the world today, that is, the one that traces a hopeful path toward a new civilization, I would undoubtedly answer: the Kurdish movement.

As the reader will see, this emancipatory experience is achieving much of what is proposed, discussed and debated in alternative intellectual circles, such as democratic legitimacy, feminism, the ecological emergency, the recovery of territories, the role of the State, etc. It is also no coincidence that this avant-garde process is located in one of the greatest civilizational epicenters of antiquity: Mesopotamia.

The Kurdish communities, an indigenous people with a population of at least 36 million, have been waging a bloody battle for centuries for the recognition of their territories and their cultural and human rights in four states: Turkey, Iran, Iraq and Syria. Demographically, the Kurdish movement is the third largest culture in Asia Minor, after the Arabs and Turks. 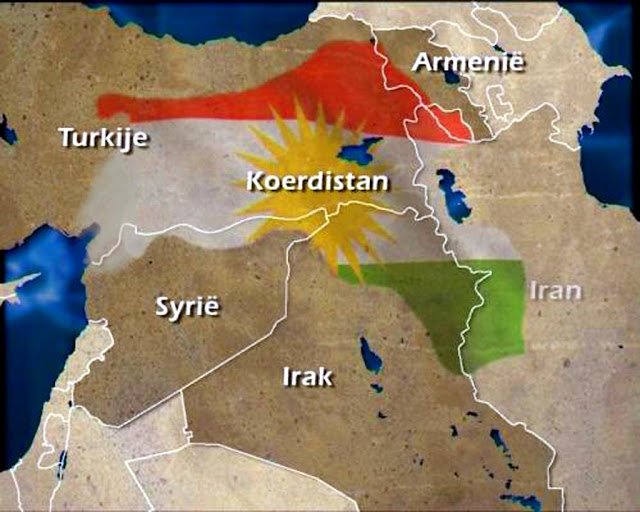 Not without its contradictions, the movement has undergone an evolution in its political and programmatic philosophy over the last 30 years. It went from looking for a Kurdish state of a socialist nature to building, instead, a democratic confederalism, then democratic autonomy and, finally, a democracy without a state.

This great leap was the work of the reflections and publications of Abdullah Öcalan, imprisoned since 1999 in Turkey, who has without a doubted played a role similar to those of Mahatma Gandhi and Nelson Mandela. Founder in 1978 of the Kurdistan Workers’ Party (PKK), Öcalan has been inspired by the work of Murray Bookchin and his ecological anarchism and by the feminist movement. Much of the Kurdish ecological dimension has been documented in Ecological Solidarity and the Kurdish Freedom Movement: Thought, Practice, Challenges, and Opportunities (Environment and Society) edited by Stephen E. Hunt (https://rb.gy/amzydr).

In this way, the Kurdish movement today declares itself anti-capitalist, feminist, ecological and a practitioner of a social and solidarity economy. Let’s review Öcalan’s key phrases:

“If the nation-state is the backbone of capitalist modernity, it is also certainly the cage of natural society. Its bureaucracy ensures the smooth functioning of the system, the bases of production for goods and benefits for the relevant economic actors in the nation-states not only of true socialism but pro-business as well. The nation-state domesticates society in the name of capitalism and alienates the community from its natural foundations…<

“Democratic decision-making processes should not be confused with the familiar processes of public administration. States only administer, while democracies govern…

“Democratic confederations will not be limited to organizing within a particular territory. They will become cross-border confederations when the societies involved so desire…”

The Kurdish model is immediately reminiscent of similar initiatives such as Transition Towns, Territories of Life [ICCA Consortium] and, of course, Sustainability as Social Power+, formulated and developed by this writer (https://rb.gy/eahk2o).

+VME translation (excerpt: https://rb.gy/eahk2o): ¨What do we mean when we speak of Sustainability?¨

¨…The essay tries to show how the scientific concept of sustainability, in the vast majority of cases, is nothing more than a techno-economic expression explicitly or implicitly aimed at convincing ´decision makers´, and that seeks to apply merely technical or engineering solutions. Using a political ecological approach, based on the theory of the three powers, the essay develops a definition of sustainability as a social power, which turns the concept into a promising political instrument of social and environmental emancipation, in a version of ´science with a conscience´.¨

At the base of the Kurdish movement are the communes, assemblies and cooperatives multiplying throughout Kurdistan and connecting into a confederation that is self-organised, self-governing and self-defending.

What lessons does the Kurdish movement offer for the emancipation of Mesoamerica? Although of lesser impact, Mesoamerica now has similar experiments following the same path, beginning with the Zapatista caracoles in Chiapas, the struggles in defense of the territories of the Sierra Norte de Puebla (led by the Tosepan Titataniske Cooperative) and in 20 other regions, the self-defense groups of Michoacán, the community police forces of Guerrero, the new municipal self-governments of Michoacán, Guerrero and Chiapas, the heroic indigenous resistance of Guatemala and the Campesino to Campesino Movement of agroecology in Honduras, Nicaragua and El Salvador. In this vein, we welcome the completion of the doctoral thesis of Kurdish militant Azize Aslan under the direction of John Holloway at the Benemérita Autonomous University of Puebla and published as a book (The Anti-capitalist Economy in Rojava, University of Guadalajara, 2021).<

In short, we must hope for a two-way flow of emancipating wisdom between Mesopotamia and Mesoamerica, a flow that once again questions the presence of the State by considering it an obsolete, exploitative institution and an accomplice of capitalism. Nothing more and nothing less.