“Russia may face a longer and deeper recession as the impact of US and European sanctions spreads, handicapping sectors that the country has relied on for years to power its economy, according to an internal report prepared for the government.

“…Two of the three scenarios in the report show the contraction accelerating next year, with the economy returning to the prewar level only at the end of the decade or later. The “inertial” one sees the economy bottoming out next year 8.3% below the 2021 level, while the “stress” scenario puts the low in 2024 at 11.9% under last year’s level.
— Bloomberg News

The shortage of distillate fuel oils is worldwide with stocks at their lowest level for more than a decade in Europe and Asia. [US] stocks are…at the lowest level for the time of year since 1996… Europe’s distillate inventories are… at the lowest seasonal level since 2002. Only a global slowdown in manufacturing and freight transportation will rebuild stocks to more comfortable levels and abate the upward pressure on refinery margins and oil prices.
— John Kemp, Reuters 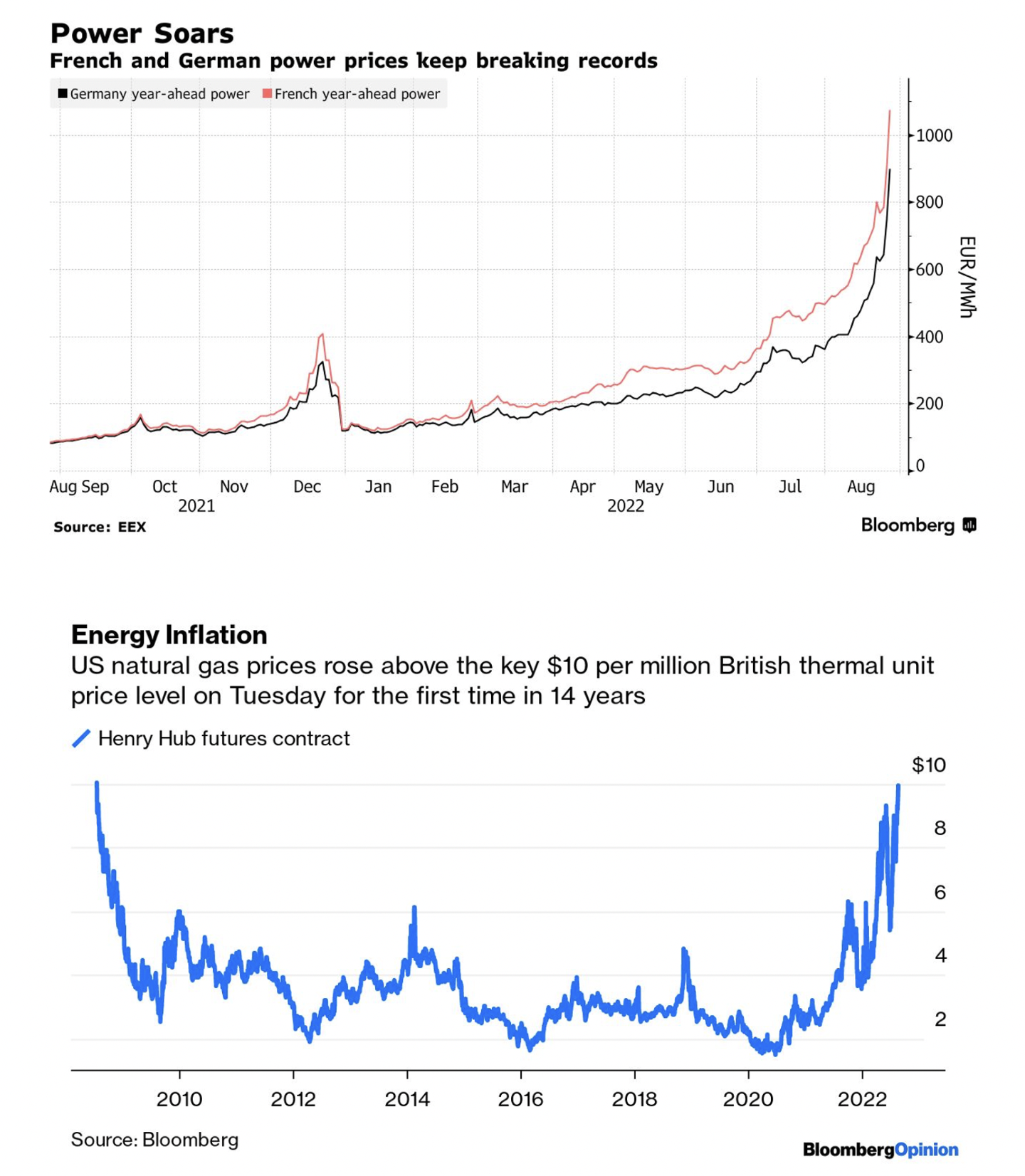 Column: China’s August coal and copper imports not as strong as they look: Russell
China’s ‘Zero Covid’ bind: no easy way out despite the cost –
China’s annual oil demand could drop for the first time In 20 years