From 2010 to 2016, we created and directed the Común Tierra project, documenting Ecovillages throughout Latin America, alongside other sustainable community-based initiatives.

Through visiting over 150 initiatives, participating in many activities, and speaking to founders and project members, we developed a deep appreciation for the Ecovillage model as an important part of our societies collective evolution towards a regenerative future. At the same time, we witnessed firsthand many of the biggest challenges in designing, implementing and sustaining Ecovillages. Even with clear challenges, we see great value in the contributions the Ecovillage movement can make to our wider society, as experimental living laboratories and social technology incubators. 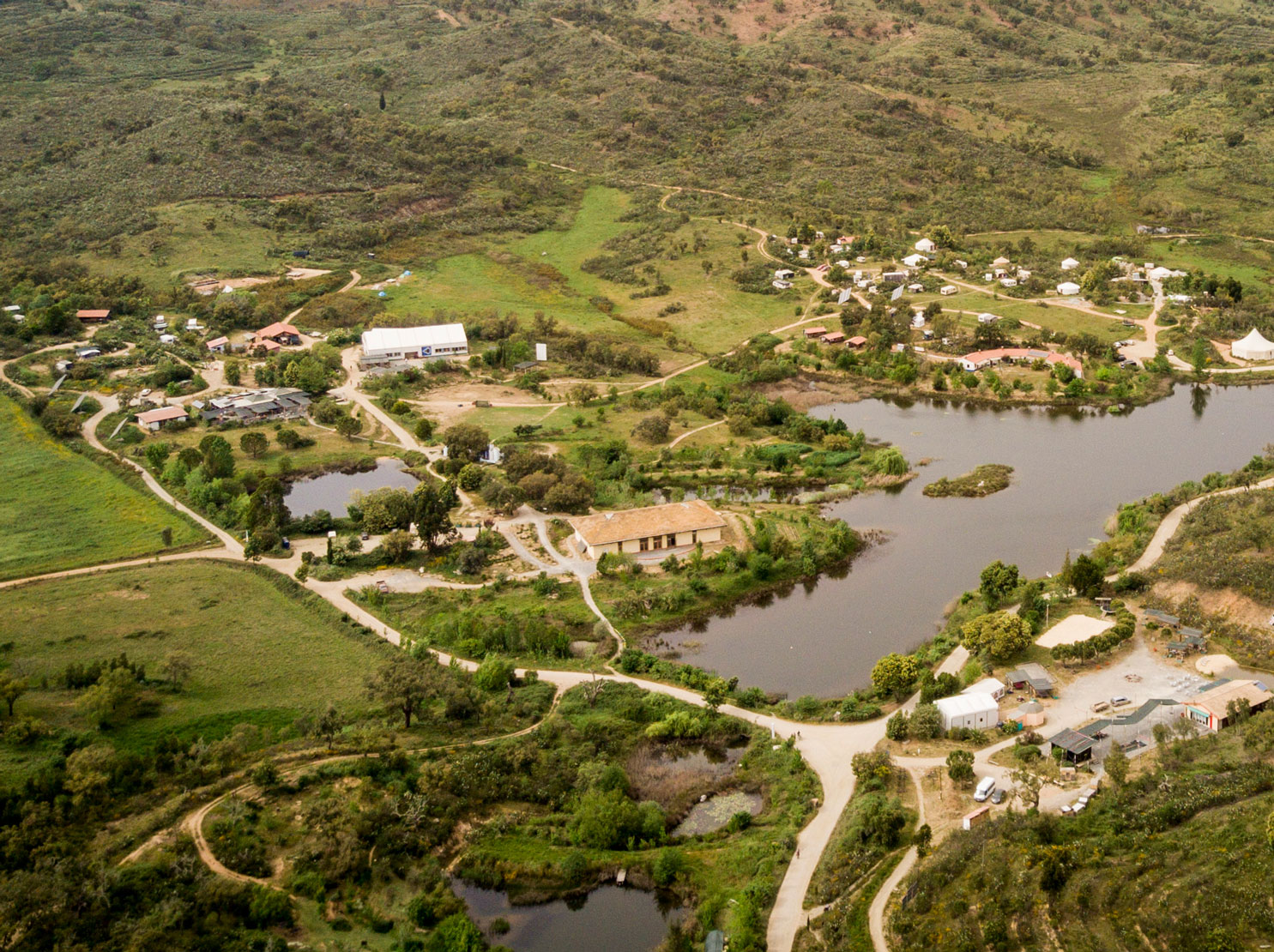 The Ecovillage movement has identified 4 areas of society that must be re-imagined in order to exemplify the Ecovillage “Ethos.”

These 4 areas are: Ecological, Social, Economic, and Worldview. Ecovillages are communities who work to put into practice a new value system based on sustainability and collectivity, leading to the development of innovative tools and practices.

It’s clear that our culture needs new models for conflict resolution, governance and decision making, ecological restoration, food production, collective management and ownership of public spaces and resources, and so many other key areas of our lives. The re-imagining and re-purposing of each of these areas is a critically complex task. The complexity of the culture-change we need is so great, that no one individual, nor even a large community, can figure out so many different puzzles simultaneously.

What we found in practice is that different communities develop their own expertise in specific areas, often living on the cutting-edge in one or several areas, while failing to innovate in others, even to the point of falling back into toxic patterns and habits from our mainstream culture. We don’t see this as indicating the “failure” of the Ecovillage, but rather a reflection of the difficulty of the task being proposed: boot-strapping our way into embodying a new regenerative comunitarian paradigm is hard!

Also, even when new systems are successfully implemented, they are constantly evolving and changing in relation to changing circumstances. In short, we realized just how massive an undertaking we face as humanity, if we truly are to shift our society towards a more regenerative culture that allows for the flourishing of life on Earth. 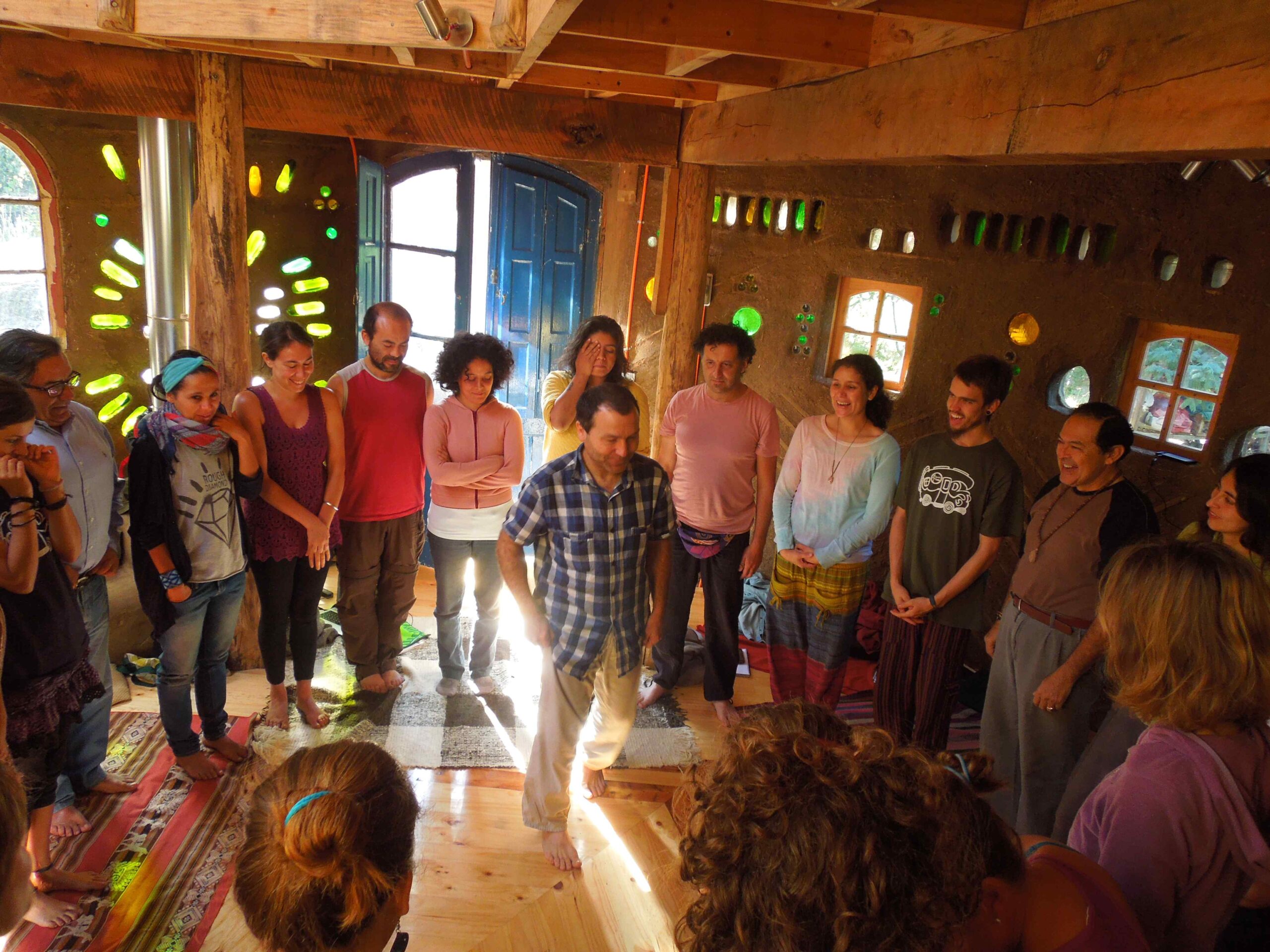 Ecovillages host many courses and workshops that disseminate new ways to work together and collaborate. Photo at EcoEscuela El Manzano, Chile.

As we saw the challenges of implementing community projects at even a small scale, we went from imagining a world full of Ecovillages, to the recognition that Ecovillages are merely one part of the necessary culture-change we hope to see in the world. We realized that Ecovillages serve as potent educational centers and living experiments that can catalyze cultural change much beyond the borders of the communities themselves. And that many of the ideas and tools developed in these communities can be shared with and applied to groups around the world who may not live in Ecovillages.

Now that we understand more about Ecovillages…

is it possible to conceive of the whole world as an Ecovillage?

In many ways, this is true literally even though it is a little hard to grasp conceptually. Let’s explore this idea together.

All human beings share the biosphere. The air we breathe has been breathed before, by thousands of other people, animals, and plants, in the great oxygen and carbon dioxide cycle. There is only one sky for all of us. The water we drink has previously been part of rivers, lakes, oceans, and indeed other people’s bodies, as it moves through the planetary water cycle. The food we eat (which becomes our bodies) is made up of particles that have been recycled and reused millions of times, since the birth of our planet.

The same sun, moon and stars that shine for me…

shine for all of humanity.

We all share the same basic human needs, and depend on the same living systems to sustain life itself. 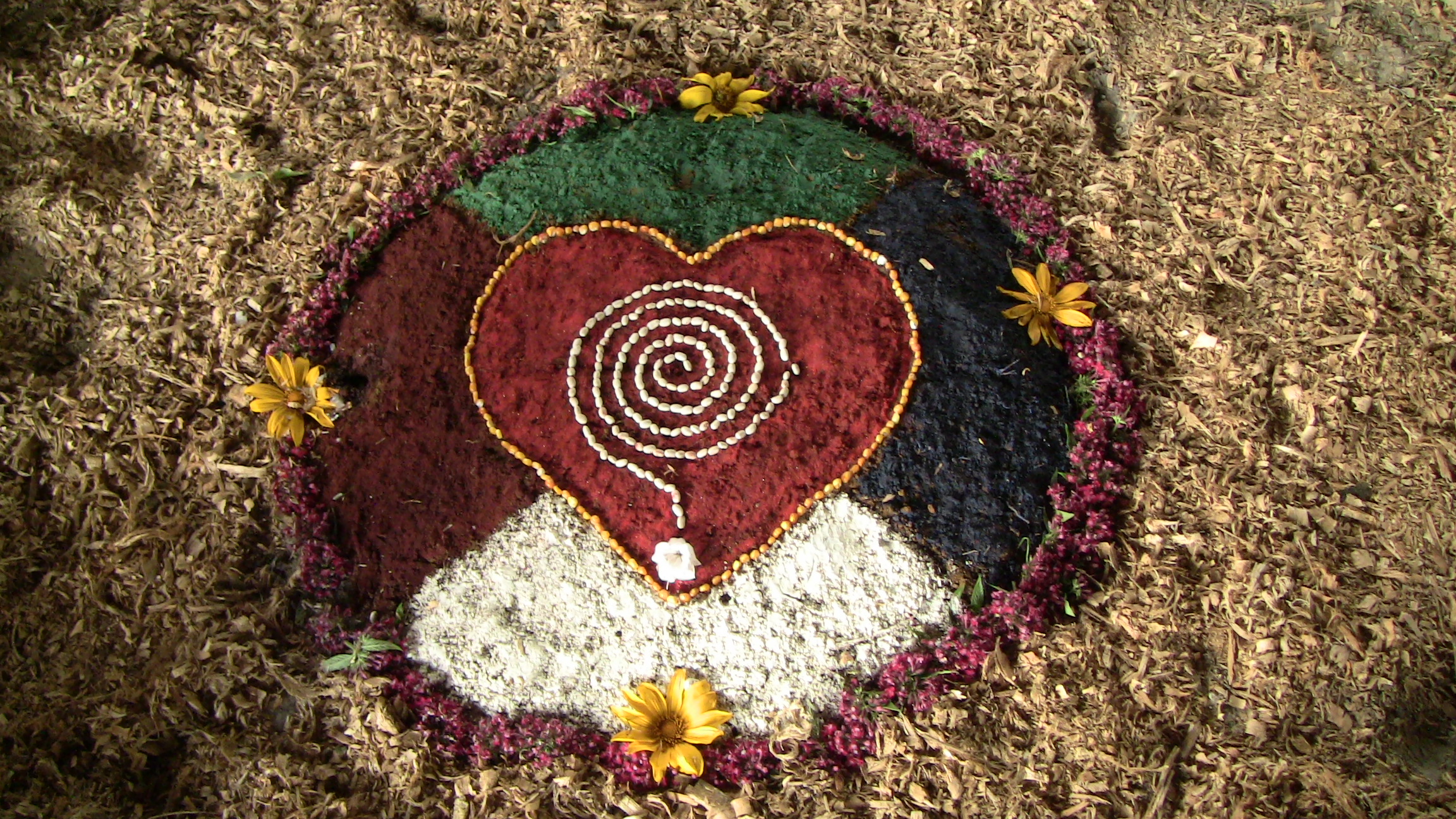 An artful altar for the Earth, at an Ecovillage gathering at Atlantida Ecovillage, Colombia

If we recognize our interdependence, both on each other as well as on our shared environment, then the next logical step is to acknowledge that we share a common home, our Planet Earth. Without denying the rich diversity and specific cultural heritages around the world, we can see that we are, at a fundamental level, one large community.

Our Earth community is simply too big to bring together for a strategic planning meeting, or a dinner party. Ecovillages have always been “village-scale” in which the totality of the community is more or less relatable, knowable. We’ll never have this level of intimacy with almost 8 billion other people (and counting).

Yet, visualizing our entire world as an Ecovillage can make some of our more complex issues feel more relatable.

These questions are at the heart of life in an EcoVillage, but take on new meaning in a broader context.

If we see the whole world as an EcoVillage, we have a new lens through which to perceive our challenges, and new possibilities to consider. The language we use, the visions we hold, affect our ability to act in a coherent way. The systems that run our society at-large today are urgently in need of a new framework, a new operating system based on new metaphors and ideas.

When we understand that we are a part of a living system, in which we are interdependent with each other, our actions can genuinely be directed towards a culture of collaboration and reciprocity.

So ask yourself: What if the whole world was an Ecovillage?