Here in the Chicago region, warmish days in March are perfect for attending to pruning tasks, something conducive to living happily with native shrubs in the garden. As I was working outside last week, it occurred to me that some people might like to know a little more about their care.

I love native shrubs. I look for and encourage their growth in National Grove, the forest preserve I steward. I propagate them in my backyard—right now, bladdernut (Staphylea trifolia) and elderberry (Sambucus canadensis)—for helping with restoration. Wild native shrubs grow in my garden beds, too, where I have come to better know and understand them and their habits. Because I have swamp and Illinois climbing roses (Rosa palustris, R. setigura), shrubby St. John’s wort (Hypericum prolificum), black chokeberry (Aronia melanocarpa), serviceberries (Amelanchier spp.), and others, my garden has become an especially exciting place, extraordinarily full of life. Birds stop by during migration and linger when in residence, more bee and butterfly species show up all summer long, and I occasionally even get some berries to eat.

Now, this wasn’t always the case. For one thing, when I started native plant gardening something like thirty years ago, it was difficult to obtain shrubs that weren’t non-native products of industrial horticulture. Also, I was put off by “beware of native shrubs” stories—too wild, too unmanageable, will take over, difficult personalities, and “why don’t you just buy a nice, hybrid hydrangea…” But that changed. One day I noticed an unmarked pagoda dogwood (Cornus alternifolia) languishing in a corner at a local chain nursery. None of the sales staff knew what it was, so I talked them into selling it to me cheap. I lugged it home and plopped it in the ground. As it grew, my family teased me about the weird-looking bush, which stopped after I trimmed it up a bit, developed a woodland garden underneath full of appropriate natives and, when it was big enough to flower and bear fruit, the birds came to feast. At present it would be considered a small tree, but its multiple stems betray its shrubby origins. After that, I never looked back.

These days, it’s far easier to acquire native shrubs. However, I am here to tell you that inviting these species into your garden constitutes something of a lifestyle adjustment, for you and for them. You are initiating relationships with other living beings with their own personalities and proclivities, and it helps to get to know them in order to get along well.

The Nature of Wild Native Shrubs

There are a couple of stories about native shrubs that need sorting out. One is that native shrubs don’t need care—once you put them in, you’re done, and can sit back and enjoy your leisure while they grow, unaided and unchecked. Another is that if you plant native shrubs in your yard, they’ll simply take over, and your garden will shortly be a wilderness. The unifying feature here is that native shrubs, like wild plants in general, can indeed take care of themselves, and they do have an imperative to grow, reproduce themselves in a variety of ways, and spread themselves around. These characteristics make them different from the domesticated, largely non-natives most people are used to that are bred, hybridized, and even cloned to be standardized and well behaved in the garden. That is, they’re intended to be sterile and, once planted, to stay where they’re put, bloom reliably and suffer stoically the depredations of yard crews that sweep through and decapitate them in spring, whether that timing is appropriate to their species or not. Yet, once you understand them, our lovely natives are really no more difficult to live with or manage than your average boxwood or yew.

In a natural area, estate, or parkland, or in a natural, as opposed to a laid, hedgerow, most shrubs can and should be left to their own devices. Competition from other species (and, hopefully, prescribed fire) will help inhibit any one species from taking over. Even here, there are exceptions, however. The native gray dogwood (Cornus racemosa), for example, which I would never suggest for the garden, is also ill-loved among prairie and savanna restorationists on account of its extremely invasive tendencies. Yet I can’t help wondering, since it did evolve and thrive here for thousands of years, where and how it once was a useful member of an ecological community and how it came to be invasive.

In the garden, if you do not have acreage or even a large lot, native shrubs do require careful selection, and then, once brought home, some care and special treatment—so they thrive, but also stay within bounds. The old advice about choosing the right shrub for the place holds true in spades for native shrubs. Just as with non-native ornamentals, it’s important to choose shrubs according to your garden’s growing conditions: available light, type of soil, and amount of moisture, along with available space and likely mature size of the plant in question. There are native shrub species suited to nearly all situations. Once properly selected and situated, they’ll offer years of low-maintenance delight, not only in and of themselves, but in terms of the wildlife, especially pollinators and birds, they’ll attract to your garden.

Caring for Native Shrubs
Once situated correctly, care of native shrubs is hardly onerous. They’ll not need watering after their first year. They don’t need fertilizers or insecticides, nor will they need radical spring pruning, or routine shearing every few weeks to keep them neat. On the other hand, it does pay to get to know them according to their species. You’ll want to learn when each species blooms, whether it is on new or old wood, and how it reproduces itself vegetatively. These things matter for management, which includes some, but usually not much, pruning and trimming, sometimes in unexpected ways or at unexpected times. It is definitely helpful to make notes on each species in your garden, including when and how to prune and, for fun, bloom dates and what pollinators and birds visit. Even if you don’t do the physical work of gardening (a practice I highly recommend), you should know your shrubs so you can discuss management with your gardener, or protect them from the “landscaping” crew. It is a sad fact that most landscaping companies have no familiarity with native plants or how to manage and maintain them, though this, fortunately, has begun to change.

Judicious pruning is a big part of management, though it needn’t be a lot of work or take much time if attended to on a yearly basis. In general, regardless of shrubs’ provenance, pruning is an ancient art and craft based on both traditional ecological knowledge and modern science. There are broad rules, about which pretty much everyone agrees. For example, as mentioned, shrubs should be planted in appropriate spots to help minimize the need for excessive trimming. This avoids mistakes such as planting young shrubs with big potential for growth in front of first-floor windows inevitably leading either to that creepy, haunted house look or tortured, over-trimmed, unnatural-looking shrubs.

Other guidelines have to do with timing. For example, shrubs that bloom on new wood can be pruned to good effect in late winter, and they’ll reward you with increased bloom. Roses are a classic example, whether native or not. Shrubby St. John’s wort is another, and I trim them by about a third, so they keep a nice full shape. The list of shrubs that can be effectively pruned in late winter while they are dormant include elderberries, American hazelnuts (Corylus americana), dogwoods, common witch hazels (Hamamelis virginiana), and shrub willows (Salix spp.). It’s convenient to prune at this time because it’s easy to see the plant’s structure. Shrubs that either bloom in spring prior to mid-June, and/or bloom on old wood, should be pruned just after flowering, so new growth can harden and buds can form, ready for the following season. Chokeberries are a good example of this kind of care. Some shrubs, such as viburnums, respond well to heavier pruning such as removal of thick woody stems in March, and a lighter round after blooming to take out dead wood or do a little shaping.

Management also becomes a factor with regard to wild native shrubs’ habits of procreation. Besides sexual reproduction through their fruits, which birds and small mammals eat and later distribute the seeds along with “fertilizer,” native shrubs have other ways to spread, which can contribute to their aggressive reputation. This vegetative (asexual) reproduction is important to species survival and ecosystem function. Some species, such as the chokeberries and roses, sucker, forming new shoots along their underground roots, so that where you planted one cute little thing, over years a thicket can develop. Another common form is when low-lying branches bend until they touch the ground. Roots form at the point of contact and a new shrub develops. Shrubs like black current (Ribes americanum) and some native roses do this. You can either plan for this and give them a lot of room, or you can manage them through pruning, containment, or mowing.

Shrubs that sucker, such as American hazelnuts or chokeberries, can be allowed to fill in an area, forming an attractive mass. If the suckering goes too far, you can clip suckers at ground level at any time of year. You can also plant suckering shrubs where they’ll be contained. My swamp rose, which likes damp soil, is next to our rain barrel in a triangular spot between a concrete path and two foundation walls. In certain situations, for example near lawns, mowing will keep encroaching suckers at bay. Shrubs whose branches from new roots in contact with the soil can also fill in an area attractively, or you can make a habit of trimming up any branches that are touching the soil (often at the base). My American black currents do this, and I usually trim them in March. I’ve also dug up daughter shrubs and relocated them to other places.

Wild native shrubs have a place in nearly every garden, and the benefits they bring to humans and the other species with whom we share our ecosystem far outweigh any effort involved in caring for them. If you are lucky enough to have a bit of land where you can garden, or if you manage the land belonging to public or multi-family buildings, I think you should take advantage of the opportunity to make a native plant garden, including one or more native shrubs. To tend your land and create a living home and place of beauty for yourself and other creatures is one of the best, most life-affirming things you can do with your time on earth. 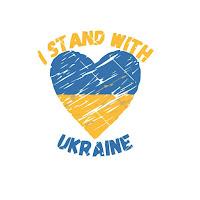