Ed. note: This article first appeared on ARC2020.eu. ARC2020 is a platform for agri-food and rural actors working towards better food, farming, and rural policies for Europe

Norfolk is a large rural county on England’s East coast, its jutting peninsula bordered by the North Sea and the Wash. It’s a naturally wet area that, over time, has undergone major human interference to render its land suitable for differing peoples and purposes.

Britain’s largest protected wetland, the Norfolk Broads, was created following medieval excavation of peat for fuel when sea level rises flooded the lower-lying land. The surrounding coastal plains, the ecology-rich marshes of the Fens, were drained centuries ago to make space for farming. The highly fertile area comprises 50% England’s grade 1 agricultural land and is now home to around 4000 farms producing grains, vegetables, rapeseed and canola.

The county also has the largest number of ponds in England – a staggering 23,000. These, too, are linked to historical agricultural land management. Most are marl pits, dug to harvest lime-rich clay for fertiliser; some are livestock watering holes. Largely neglected, clogged by shrubbery or filled in to make space for crops or machinery, the fate of the ponds here mirrors the global picture: over half all ponds and wetlands destroyed over the last century. 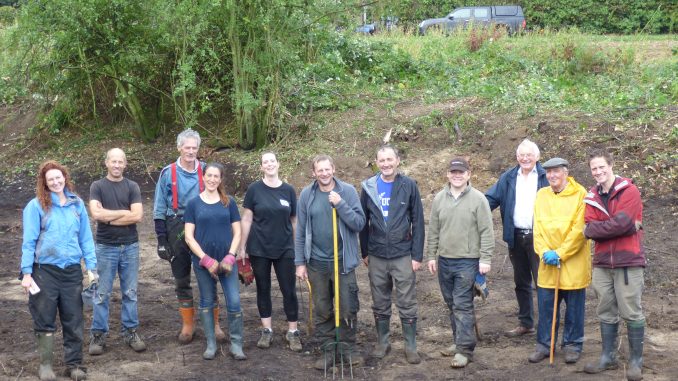 The Norfolk Ponds Project aims to rectify this. In restoring a swathe of ponds back to former glory, it intends to return freshwater benefits to the intensively farmed, wildlife-depleted environment. Led by researchers from University College London (UCL), supported by an army of volunteers and with growing enthusiasm from local farmers, it’s reporting striking successes.

Where ponds are cleared, wildlife and biodiversity return rapidly to farmland. Plants recolonise within just 6 months, creating rustic oases amidst bland fields of monocrop. Coverage and diversity of wildflowers increases, luring in day and night-time pollinators. Vast funnels of invertebrates burst from the water’s surface in so-called insect chimneys. Restored ponds are significantly richer in aquatic species and attract double the number of farmland bird species.

“We’ve gradually built up an evidence base that shows that ponds, when restored and healthy, are really good for aquatic creatures, amphibians, plants and invertebrates.”

The positives don’t end there, he says:

“We’ve also shown that ponds have a much wider benefit – feeding the birds, providing habitat for pollinators and moths, supplying mammals with water in dry summers.”

He suggests ponds can play a vital role in diversifying the agricultural landscape:

“They’re real hot-spots of activity. They occupy such a small area but do so much for wildlife.”

Filled-in ponds, too, have a unique part to play. These Ghost Ponds, so-called due to the lasting impression they leave on the landscape in the form of shallow depressions, poor crop growth or boggy tendencies, have been found to harbour buried treasure. In their resurrection, diggers unearth centuries-old dormant seedbanks waiting to spring back to life. These time capsules of native ecology reveal rare plants last seen up to 150 years ago. Forgotten animal species could also be revived: dormant crustacean eggs are currently being assessed for viability. 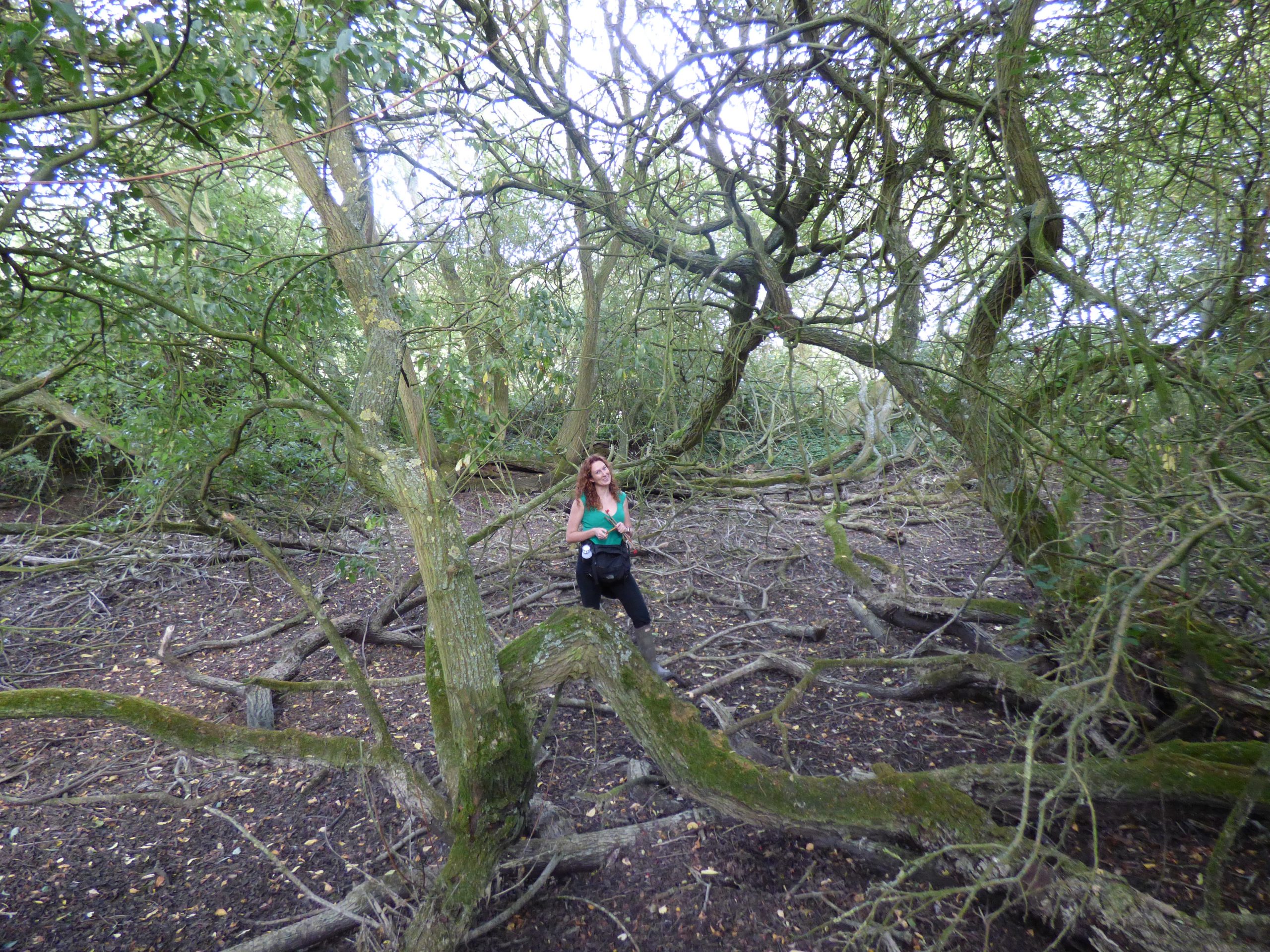 Pond before and, below, after restoration. Image credit: Carl Sayer 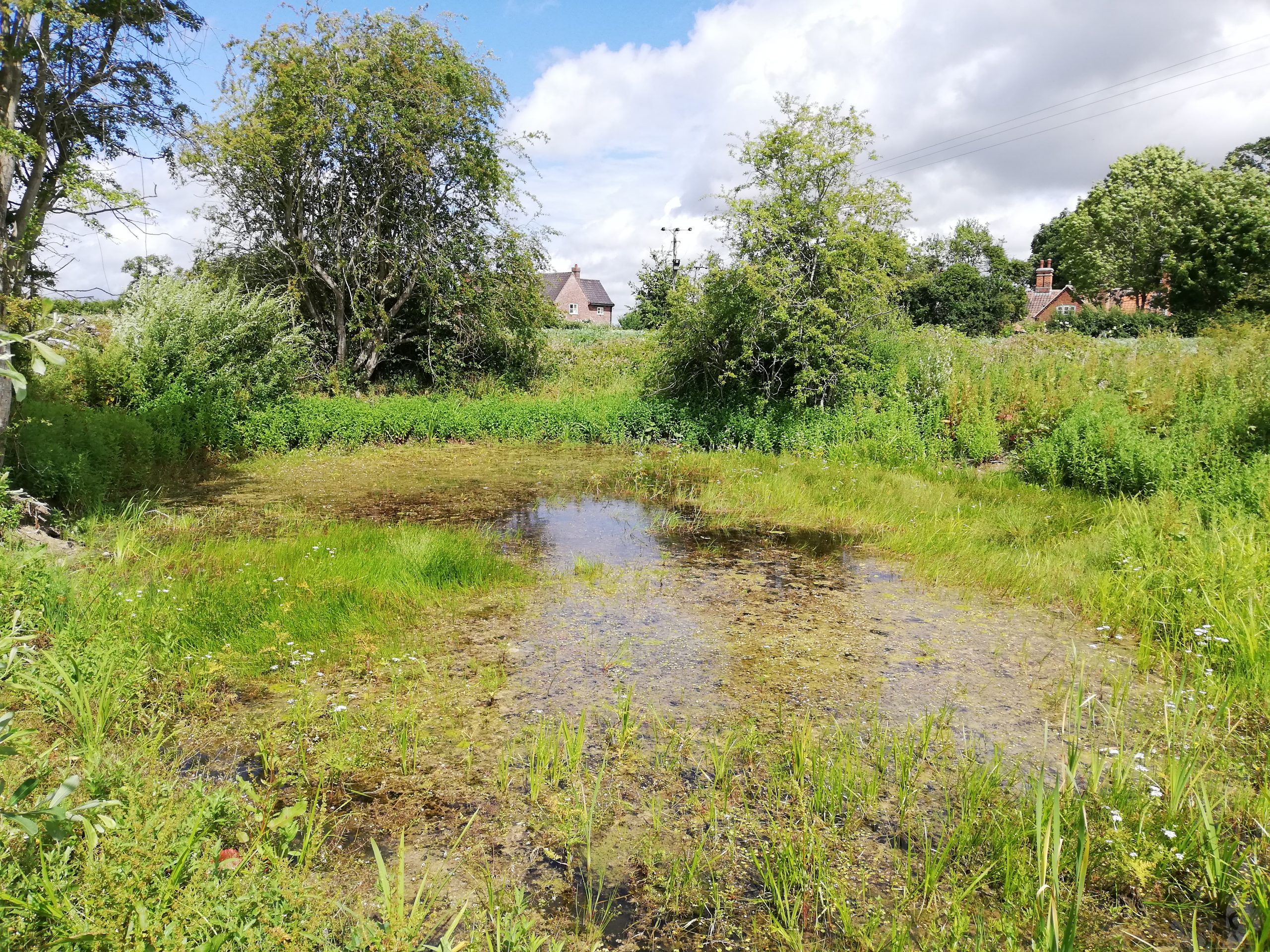 The inspiration behind the project lies squarely on the shoulders of pioneering farmer-naturalist Richard Waddingham. He single-handedly restored the 44 marl-pit ponds at Manor Farm, his north Norfolk arable farm spanning 100hs.

With the mantra ‘oxygen + light = life,’ Waddingham dredged the silt from the ponds and cleared overhanging shrubbery, returning nature to the farm in droves. His ability to run the farm profitably whilst also maintaining a thriving natural landscape was a beacon of hope for conservationists looking to integrate wildlife back into biodiversity-depleted farmland.

Professor Sayer recalls the ‘lightbulb moment’ of meeting Waddingham in the early 2000s:

“We went to see his farm and it was jaw-droppingly brilliant, I just couldn’t believe it. His ponds were superb – all these species flitting about, it was so vibrant. I suddenly thought ‘we’re missing a trick here.’”

Sayer began surveying the wildlife at Manor Farm; Waddingham brought the researchers trays of hot pies and cakes along with encouragement and invaluable insight.

“He’d spent 50 years walking about his farm every day, observing his management of the ponds which he knew was benefiting the wildlife he loved,” says Sayer.

“His great phrase was ‘I’ve been walking round this farm for 50 years – I must have learnt something!’ There’s no substitute for that lifelong experience.”

Sayer is happy to give full credit to Waddingham:

“Pretty much everything we’ve done came from his head; he’d seen it all.” 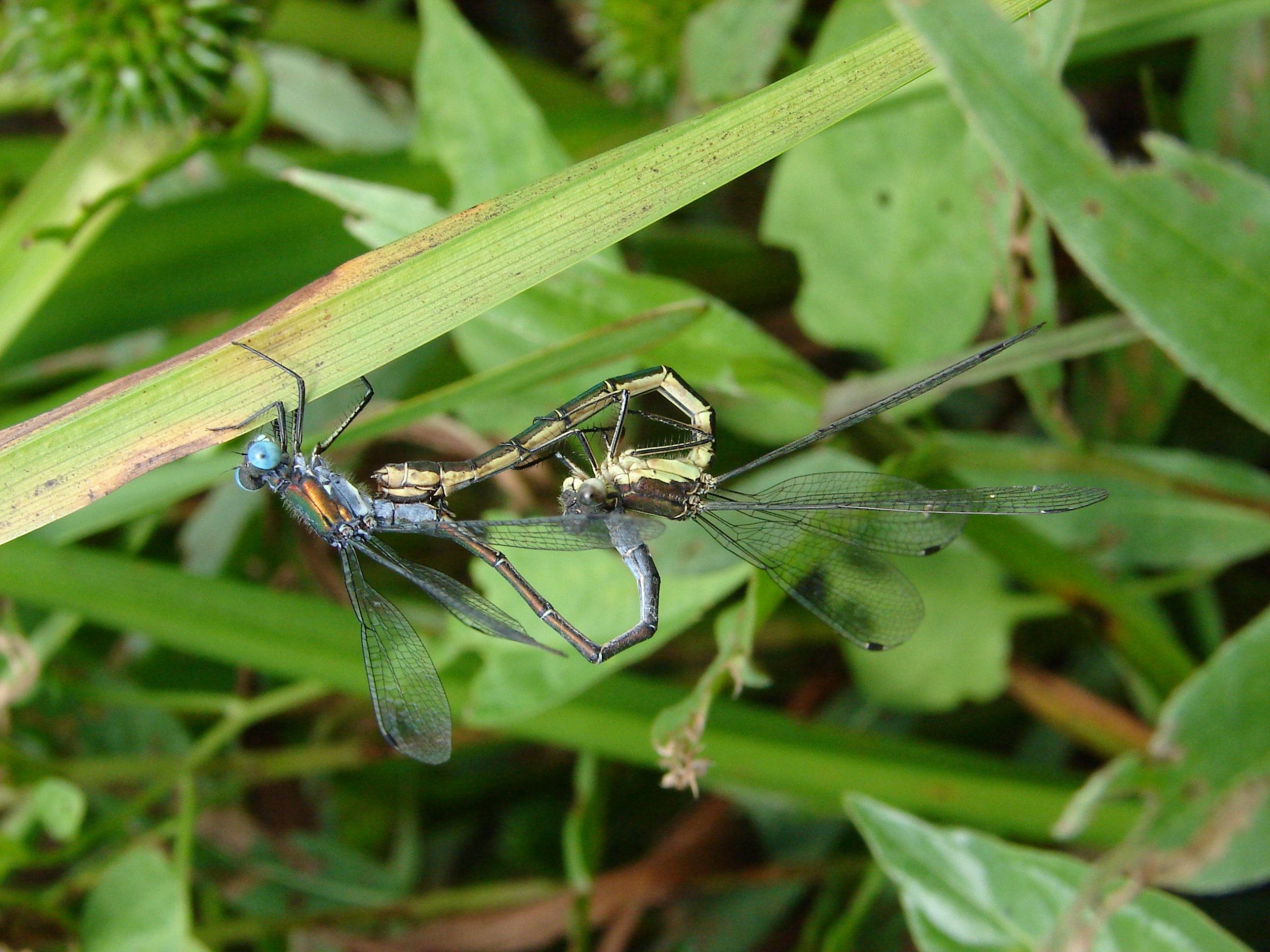 “He realised that we need to have farming co-existing with nature, as the way forward for society. He did that – he farmed intensively, but there was loads of space for wildlife. It’s the perfect model,”

says Sayer, who is hopeful the approach will be adopted more widely.

“We need to eat, so there’ll be lots of people traditional farming into the future. What Richard is showing is that we can still produce a lot – he was really proud, for example, of how big his carrot crop was; but then he’d mention how many different birds he had using his ponds,” he recalls.

“He would see both things as equally important. It would be good if more farmers could think in that way. We need to farm and we need to have a really vibrant countryside, and we can definitely do both.”

Local response to the Ponds Project has been resoundingly positive, with interest growing at such a rate that the team can’t keep up with enquiries from farmers seeking advice. Sayer suggests many more are focusing attention on biodiversity: “I think we are seeing change [in attitudes]. More people realise that nature’s important.” 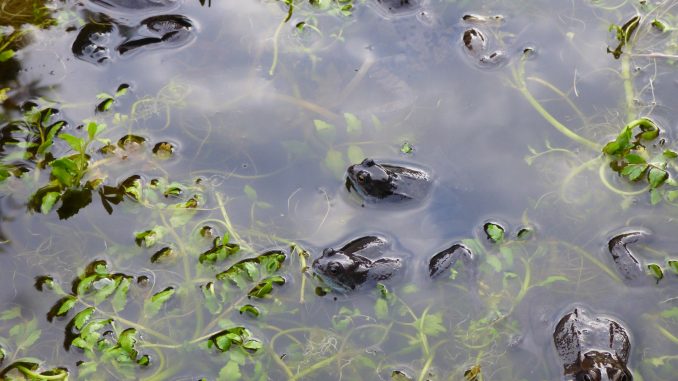 Word of the significance of ponds seems to be spreading. Restoration has begun in neighbouring counties of East Anglia, and in other pond-rich areas such as Cheshire and Lancashire. Hereford, a South West county on the border of Wales, has started a project centred on ice age ponds.

UCL are next training their research eye on pond restoration for climate change mitigation, measuring the release of greenhouse gases from healthy ponds as part of the EU-wide project Ponderful.

Sayer is celebrating this wider recognition of the habitat he’s so passionate about.

“We’re starting to see a growing realisation of the importance of ponds,” he says; “They’re getting a well-deserved higher profile.”

He couldn’t be more emphatic about the potential of ponds to revitalise agricultural landscapes:

“The overall feeling is that in farmland there is no more important habitat than a pond.” Who Grew Your Clothes? Soil to Soil Textiles – Part 2 Who Grew Your Clothes? Soil to Soil Textiles – Part 1