It’s that time of year when everything is starting to come alive. And if you’re anything like me, as you gaze out at blooming flowers and green shoots, you might be starting to get the itch to grow some of your own food—or at least to enjoy some tasty locally-grown food in the coming months. 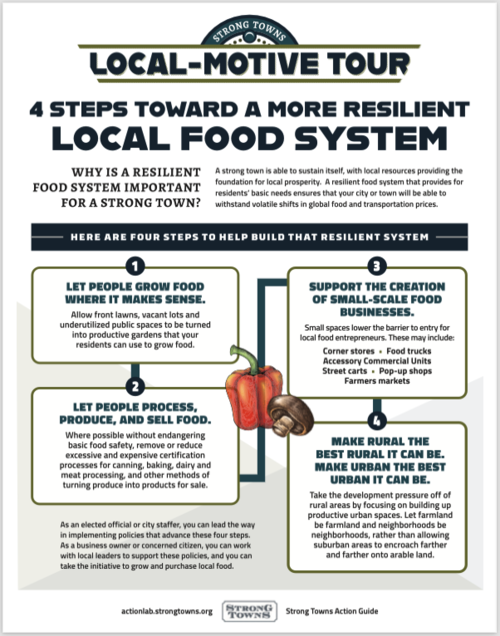 I think the phrase “local food” might conjure up images of expensive farm-to-table restaurants and boutique butcher shops but it really doesn’t have to be that way. Local food is what our ancestors survived on for thousands of years. They grew, foraged, hunted, or traded in order to feed their families. That was the only way to access food for many millennia, but as a result of recent globalization, today, most of us can walk into a supermarket and buy bananas from Guatemala or coffee from Kenya, often without even thinking about where it comes from.

The advantages of this globalized food system are myriad, but they also make us fragile to shocks in the world economy, natural disasters, crop destruction in distant places, or boats getting stuck in the Suez Canal (to name just a few things).

The more food we can access nearby, the more our communities can be prepared for whatever the future brings—not to mention keeping transportation costs lower and bolstering our local economies.

A resilient local food system is an essential component for a financially strong town or city. If your neighbors can’t fulfill their most basic need for food within a nearby radius of your community, you have a problem.

But most of our cities are a long way from being able to feed their residents from food grown nearby. Luckily, there are some simple steps local leaders and residents can take to help shift this paradigm.

In our recent Local-Motive Tour, I, alongside food activist and farmer Alexander Hagler, gave a presentation called “4 Steps Toward a More Resilient Local Food System,” and I’m going to run through those steps with you now. (You can also download them in this handy printable Action Guide we’ve created.) 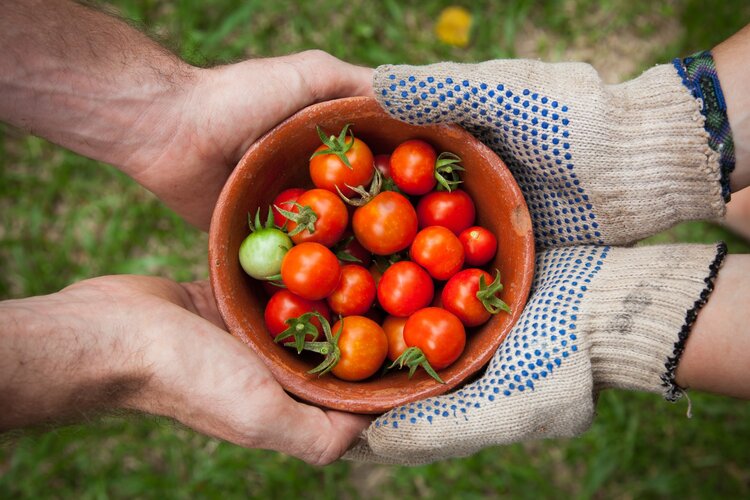 This one’s pretty simple. Clear the path for anyone who wants to grow food to do it, whether that’s on their front lawn or on a vacant lot. You’d be surprised by how many ordinances and zoning laws are in place which prevent the most basic act of growing food, even for someone who owns a property. If you’re an elected official or work in government, look for ways to increase opportunities to grow food just by permitting it to happen. If you’re a resident or a business owner, start growing food on your land and advocating to allow it in more places.

Another important and simple step toward greater local food access is allowing residents to process, produce and sell food, without requiring excessive licensing fees, onerous inspections, or other bars of entry that prevent entrepreneurs from getting started. Someone who wants to bake bread or can pickles or make cheese should be able to sell their products to neighbors in a safe and reasonable way. If a commercial kitchen or expensive certification is not necessary to ensure basic food safety, don’t require it for small food businesses. In our Local-Motive presentation, Alexander Hagler talks about starting his hot sauce business, and the increasing regulations he was confronted with as his business grew. 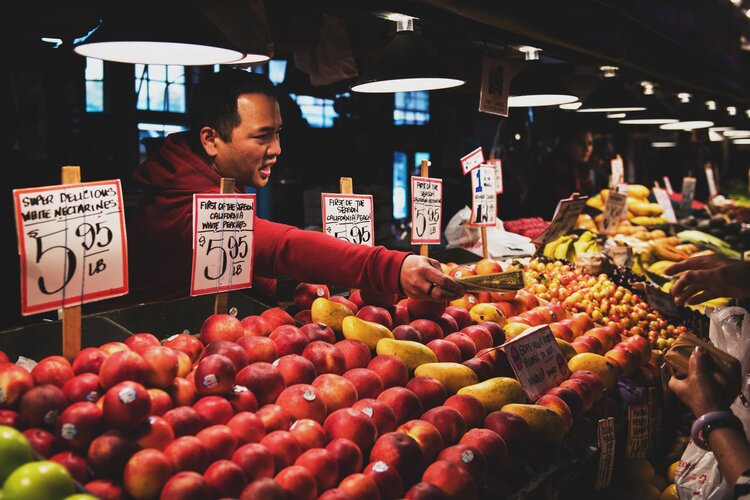 3. Support the creation of small-scale food businesses and spaces.

Allowing food to be grown and processed is vital, but so is creating avenues for that food to be brought to customers and sold. Small spaces lower the barrier to entry for local food entrepreneur, yet, as with the regulations that limit food growth, many zoning codes and ordinances effectively outlaw small-sized food businesses. Those in government should make adjustments to local policies to allow for small food spaces like: corner stores, food trucks, street carts, pop-up shops, farmers markets and accessory commercial units. Not only do these sorts of spaces allow new businesses to start, they also put food right in peoples’ neighborhoods so that access is not precipitated on owning a car and being able to drive 15 miles to a large supermarket on the edge of town.

4. Make rural the best rural it can be. Make urban the best urban it can be.

This last step is a bit more high-level, but it may be the most important one. Stop expanding your city outward, sucking up potential farmland and driving up the costs of that land with speculative development. Take the development pressure off of rural areas by focusing on building up productive urban spaces. Let farmland be farmland and neighborhoods be neighborhoods, rather than allowing suburban areas to encroach further and further onto arable land. This at the heart of the Strong Towns approach to development.