I grew up in a small rural neighborhood, from a little below average income household.

It was the choice of my parents to not allow the environmental circumstances to decide their socioeconomic fate.

They drew courage from that, built resilience, and fashioned a sustainable livelihood pattern for the family.

Over 70 per cent of the family’s earnings came from the natural ecosystem. This paid our bills, including my school fees, provided us with food and water, increased the family’s purchasing power and provided a little more savings.

There were constant climatic and physiographic inconsistencies to deal with such as little rain or too much rain, prolonged dry seasons with severe heat, outbreaks of diseases such as chicken pox or small pox, high cost of commodities, poor agricultural production and many more.

All these features were there growing up, but we didn’t realise it was climate change!

No one taught my mom that it was time to re-strategize and prioritize her economic goals to move along with the perceived system change.

As we know several economic and technological inventions came as a result of one crisis or another. Many such advancements were designed to meet our social and economic needs.

Apart from the trade my mom was engaged in, she needed something more to cushion the impact of the emerging climate crisis.

She realized how imperative it became not to depend solely on rainfed agriculture to feed the family and sustain income.  She subsequently engaged in mini- irrigation farming, using her piece of land beside the local river.

Many times we’d had to wake early in the morning to visit the river and made sure the garden was watered properly.

The first harvest was unprecedented! We had more food and additional income. This continued in the subsequent years as the farm grew in size with the increased production in vegetables and the “Indian cocoa yam” species that she mixed in with other crops.

This was a rare occurrence as it happened in a community and a region not synonymous with the irrigation method of farming.

In this region the people mainly rely on the supply of certain vegetables, especially during the dry season, which come from the northern region of Nigeria where irrigation was commonly practiced.

I am sure some friends that I grew up with in the same community who are reading this piece can relate to this account.

I grew up seeing the very ingenious and efficient means by which our most valued resource, the natural ecosystem, can be replicated to meet human needs without altering its capacity and propensity to meet the needs of the oncoming generations.

When I was offered a place to study Environmental Resources Management, I knew it was an opportunity to listen to what science is saying, and balance it up with what the tradition taught me at home. What a great experience!

Coming from a landlocked zone, I realised many homes didn’t have land enough for agricultural use. Many also have but could not manage it in such a productive manner.

During each  farming season, people would  literally queue to ask my grandmom to lease out some portions of the “Ikpa”  land, to enable them cultivate foods for their family. The “Ikpa” land area is a little bit nearer to the river and a bit far from where the villagers live. Due to tradition and history, not all indigenous people have the opportunity to own a piece land within the area, and not many with enough to do the 4/5 years rotational system.

The unique thing was we were practicing rotational farming and agroforestry, even without knowing what it was called!

This made our land became richer and our harvests three times better than what many homes could produce.  So all through the seasons we were either harvesting vegetables, cash crops, fruits or palm fruits and the livestock products. We had enough to send to our relatives living in cities.

The climate change and its related impacts hadn’t disappeared, but the impact was no longer felt as our adaptive capacity thrived, which made our livelihood a lot better.

A lot of things being taught today are not new. Many jettisoned what they knew and followed the unknown that presented us with a quicker way to achieve self- sufficiency, but failed to let us understand that the consequence will have a trans-generational influence on the environment and human health. 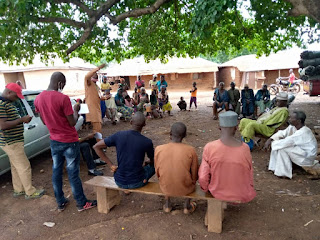 A rural awareness and needs assessment

In order to curb climate change and its associated negative impacts especially on the vulnerable communities, we must educate them, build their capacity, strengthen their resilience to adapt, and increase their livelihood support base. 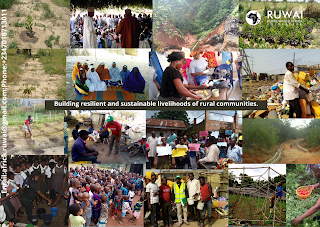 Climate change is here and will not leave us; rather we should strive to instill the creativity and confidence, particularly in the vulnerable groups, to sustainably utilize their natural environment.

Through our initiative, we are helping many homes and communities in the very inclusive way that represents our sustainability ideology.

Rural Watch Africa Initiative (RUWAI), recognized that the impoverished and underserved communities need urgent help, to recover from the pervasive shock occasioned by climate change and the overall social, economic and ecological degradation. 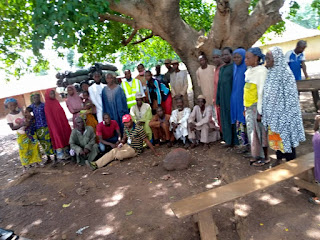 Photo section with the Dapa community

They need to be educated and better equipped with the right skills, tools, and  ability to build a replicable system for  improved livelihood and productive growth. 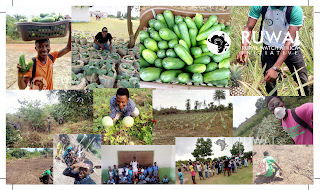 Inspiring young community leaders/volunteers to grow their own food, for self sufficiency and some income for the orphanages.

Building resilience to efficiently manage nature and create alternative income opportunities to help cushion the lingering socioeconomic and ecological deficits will be a rewarding way to a dignified lifestyle and sustainable livelihood for the marginalized communities. How my late grandmother, Veronica Isieke, defended the rights of rural women to own land and feed families Telling the Story of the Digitize my Community Initiative