COVID-19 has done in a deadly way what steady-state economists would prescribe in a healthy way: putting the brakes on a runaway economy. In fact, the pandemic has slammed on the brakes and jammed the GDP gearstick into reverse. It has ushered us into a recession that will be pronounced and protracted. In a COVID-caused recession, it’s nature at bat, not the Fed.

In these dark times, any source of comfort is welcome. Steady-state economists offer one of the only economic comforts to be found, a bona fide silver lining that warrants inspection by the mainstream media, public, and policymakers. There are three qualifiers. First, the silver lining is mostly macroeconomic, not micro. In fact, it is so big-picture we might call it supra-economic as it transcends the standard economic indicators. Second, the comfort it provides will be palpable primarily to younger generations. Third, it may take a paradigm shift to feel the comfort, especially for older readers who’ve spent most of their life in the 20th century, when a burgeoning economy was such a good deal for people and nations. 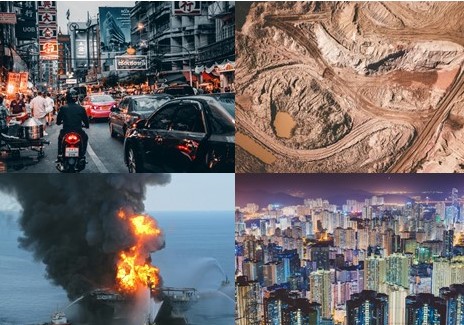 The silver lining begins to appear when we recognize that the $88 trillion GDP ($21 trillion in the USA alone) was so big and bloated, it was causing more harm than good. It had grown into bad-deal territory, in other words. All else equal, that means a reversal—recession, degrowth, declining GDP—is actually a better deal at this stage. While it still sounds incredible to most citizens and policy makers, the logic is irrefutable. Recession is the antidote to the outbreak of GDP “illth,” the term favored by Herman Daly to more clearly contrast with “wealth.”1

The point here is somewhat analogous to Bernie Sanders’ comment about Cuba prioritizing literacy under Castro. Increasing literacy was a “good thing,” he said, and was ruthlessly attacked for calling it that. He made the mistake of failing to qualify the circumstances; namely, that Cuban literacy was floated out only in a sea of dictatorial bad things.

To avoid a similar mistake, it must be acknowledged that COVID-19 is a very bad, truly horrible thing. It is a sea of fear, misery, and lonely deaths. No one is “rooting for the virus,” as reactionaries on social media are prone to asperse. The COVID-caused recession, on the other hand, can be quite a good thing; supra-economically at least. Let’s consider some of the reasons.

Other writers have noted certain benefits of the recession: most notably reduced traffic congestion but also less noise, more family time, and—so far at least—less crime. These effects of the slowdown are typically thought of as social or psychological benefits. However, when we “add up” these benefits, they start painting a macroeconomic picture. They help to illustrate, like pieces of a puzzle, the fact that the economy—with all that traffic, noise, and stress—was growing too big for the good of society.

Ideally, conventional macroeconomics would illuminate the overgrowth of the economy, helping to warn the public and policy makers of the dangers of stimulating yet more growth. Unfortunately, the word “macroeconomic” is so tied to figures such as unemployment, inflation, and of course GDP itself, that confusion would abound if we started referring to peace and quiet, for example, as a macroeconomic indicator.

Furthermore, the “leading economic indicators” (as well as the “lagging” and “coincident” indicators) reveal the growth bias in conventional macroeconomics. These indicators—building permits, new orders, manufacturer shipments, etc.—are clearly designed for indicating whether or not GDP will be growing in the near future. All interpretations in the conventional literature are that vigorous growth is good, slowdowns are bad, and recessions are anathema. “Macroeconomics,” while it sounds academic, amounts to cheerleading for growth in the applied journals of business and finance, as well as the popular news outlets.

So, peace and quiet won’t be reported by the Conference Board any time soon. Yet peace and quiet is directly related to economic activity. In particular, it is inversely related (similar to unemployment). We don’t want to lose the relevance of the indicator to economic affairs by dropping the word “economic.” If our goal is a steady state economy, we must raise awareness, at every turn, of the negative implications of economic growth.

Given that macroeconomics, including the measurement of macroeconomic indicators, is currently off limits to the steady-state program, we’ll have to take the linguistic bull by the horns and establish a new term and concept: “supra-economic” indicators. “Supra” is a prefix meaning above, over, and “beyond the limits of.” Supra-economic indicators, then, are overarching indicators of society’s well-being that are clearly and directly affected or impacted by the level of economic activity. It is not enough to classify such indicators as merely “ecological,” “social,” or (least helpful of all) “non-economic,” not when they are directly related to economic activity! Rather, their relevance to economic policy must be kept at the forefront; thus the term “supra-economic.”

Reduced traffic, less noise, and more family time are readily observable and experienced by many if not most Americans already. They are like the pieces of a puzzle that are easiest to recognize and assemble. Taken alone, though, they only hint at the silver lining of the COVID-caused recession. 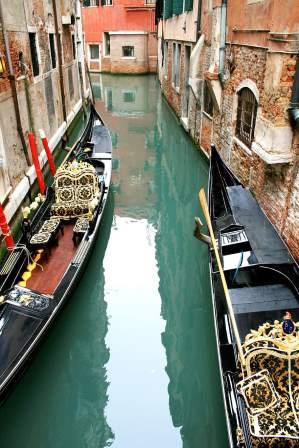 Some of the most important puzzle pieces are much harder to recognize and piece together, especially for Americans who haven’t experienced real environmental leadership in decades. Middle-aged Americans, especially, have been misled by the win-win rhetoric, “There is no conflict between growing the economy and protecting the environment.” These Americans and global citizens subjected to “green growth” fantasies are not attuned to long-term ecological threats. Much less do they draw the connection of such threats directly back to the level of economic activity, or GDP. Likewise, when a recession hits, most citizens aren’t aware of the environmental benefits without a little assistance from scientists, journalists, and commentators.

Given the COVID-caused recession, the puzzle pieces are there for the assembling, starting with drastic reductions of carbon monoxide, CO2, and nitrogen dioxide emissions. Professor Róisín Commane from Columbia University, discussing carbon monoxide levels in New York City, told BBC News, “This is the cleanest I have ever seen it. It is less than half of what we normally see in March.” With regard to CO2, it’s as if COVID-19 is enforcing the Paris Climate Accords, whether presidents want to or not. In February, Chinese CO2 emissions dropped “at least 25%.” Meanwhile, while the virus may be ravaging the lungs of its victims, at least the victims’ lungs will be less challenged by the ravages of particulate matter, nitrogen dioxide, and industrial emissions in general. Doyle Rice of USA Today, having interviewed a swath of environmental scientists, suggested that the COVID-19 pandemic and its economic effects could actually be saving lives in some parts of the world.

Then there are the thousands of species of fish, wildlife, and plants getting a break from the bulldozer of GDP. Biodiversity loss is as solid of an indicator of economic activity as GDP itself. Given the fundamental conflict between economic growth and wildlife conservation, wildlife wins when the economy slows. It doesn’t take long, either. For example, the water is visibly cleaner in Venetian canals, giving visitors (on foot or aboard gondolas) the joy of spotting fish below and clear reflections of swans above.

Wildlife is inspiring to all, which may very well trump economic considerations (supra in that sense as well). Again, however, we don’t want to forget the crystal-clear relevance of steady-state economics to biodiversity conservation. We should refer to biodiversity, then, not only as an environmental indicator but as a supra-economic indicator.

A silver lining in the clouds of the COVID-caused recession. (Credit: NASA Earth)

The Silver Lining: There for the Long Term?

Right now, while the GDP bulldozer is idling behind the survey stakes, we have the opportunity to consider what remains of the landscape and how precious it is. We have to recognize the COVID-caused recession (and help others recognize it) as a reprieve for the ecosystem; the stage upon which tomorrow’s economy is set. The healthier the ecosystem, the healthier the economy to be sustained. Why race to tear it all up again as soon as we get past the peak of the pandemic?

Meanwhile on the social front, when the pandemic subsides citizens may conceivably be left to ponder, “Gosh, in some ways it was nicer during the recession. The COVID part was horrible, but the peace and quiet was amazing. Violent crime was almost unheard of for a change. The family time turned out to be priceless!” On the other side of the same coin, they may also be thinking, “Well, we’re past the pandemic, but now it’s back to the rat race and all the noise, traffic, and stress.”

When you stop to think about it, as we now have time to, the benefits of slower and lower economic activity are ubiquitous, nuanced, and heartening. The silver lining—a reprieve from the ravages of runaway GDP—has been sewn into the environmental and social fabric of 2020. We’d be wise to value and keep it, not rip it out and sell it as soon as we get the chance. With a newly developed appreciation of economic moderation, we can move more intentionally toward a post-growth, steady state economy that fits on the planet.

1A hardcopy version of this article is available as Chapter 1 in Best of The Daly News: Selected Essays from the Leading Blog in Steady State Economics, 2010-2018.