“Jail me for being a loving grandma who cares about her yintah,” says Brenda Michell.

Yintah is the Wet’suwet’en word for land. Michell issues her challenge from the Unist’ot’en Healing Centre, where she is a teacher. The centre is last in a string of outposts on Wet’suwet’en land the RCMP are expected to clear, today or in coming days.

Michell and others here spent Thursday evening getting reports of raids by the advancing police, baking a birthday cake, and steeling themselves for the coming encounter.

After removing a camp and arresting six supporters (later released without charges) on the Morice West Forest Service Road early Thursday morning, RCMP have cleared the road to just outside a camp at kilometre 44 and are expected to reach the Unist’ot’en Healing Centre at kilometre 66 on Friday.

The healing centre was the first Indigenous encampment established along this road in response to pipelines proposed for the area. Coastal GasLink (CGL) has been clearing land and building labour camps for an LNG pipeline in the area.

Over the past month, things have been quiet at the centre, which was cut off from vehicle traffic after hereditary chiefs closed the road at kilometre 39 and, a week later, RCMP implemented a checkpoint at kilometre 27. Members of the Unist’ot’en house group and their supporters have watched from afar as others continue the movement started here a decade ago.

In an effort to re-occupy the land, Freda Huson, a member of the Unist’ot’en house group of the Wet’suwet’en Nation, built a cabin here in 2010 and began hosting culture camps. The location next to the Morice River was chosen for its clean water, abundant wildlife and cultural significance. In 2015, the three-storey healing centre was constructed. 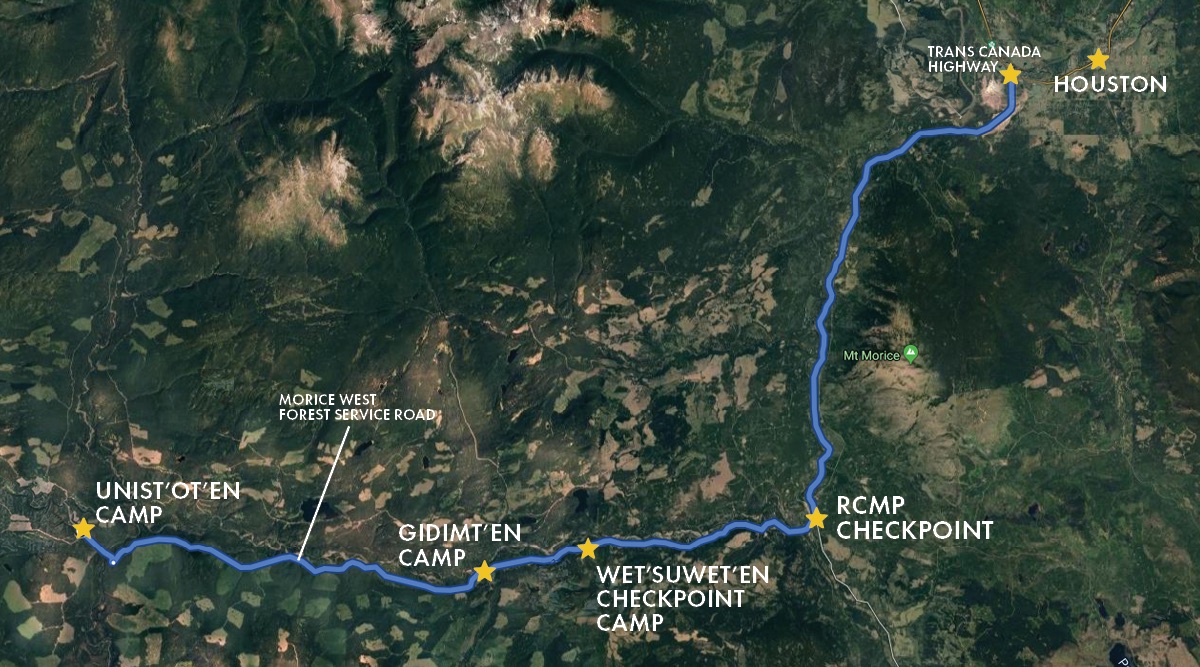 Unist’ot’en Healing Centre lies at kilometre 66 in Wet’suwet’en territory. The RCMP raided the Wet’suwet’en checkpoint camp early Thursday and were reported to be moving toward the Gidimt’en camp in Thursday evening. Map for The Tyee by Andrew Walsh.

The structure is located roughly 50 metres from the Morice West Forest Service Road. Though not obstructing pipeline traffic or access to work sites, as prohibited by CGL’s injunction, guests and supporters at the centre fear they may be arrested within the next 24 hours as RCMP enforce the injunction.

This morning, the Unist’ot’en closed a gate to the Morice River bridge, effectively blocking access to the healing centre. It’s the first time the gate has been closed in more than a year.

On Jan. 7, 2019, RCMP enforced an interim injunction, removing roadblocks and arresting 14 protestors at Gidimt’en camp, 44 kilometres down the Morice forestry road. The camp was put in place in December 2018 in support of the Unist’ot’en and their efforts to block CGL from accessing the territory.

Three days after last year’s police action, Wet’suwet’en hereditary chiefs came to an agreement with RCMP to allow CGL access until a court decision about an interlocutory injunction, which would give the pipeline company access until construction is complete. Huson stood back and allowed CGL to open the gate.

On Dec. 31, nearly a year after the initial police action, the B.C. Supreme Court granted CGL permanent access to the territory.

Five days later, Wet’suwet’en hereditary chiefs responded by evicting CGL from the territory and closing the road at kilometre 39. For the past month, a camp located at that location housed supporters as they shuttled food and supplies to those farther up the road.

Before 5 a.m. this morning, that camp was raided by RCMP and six supporters were arrested.

Shortly after, dozens of RCMP vehicles, an ambulance and heavy machinery, including two bulldozers, were seen heading up the Morice forestry road. By 4 p.m., the machinery could be heard just beyond barricades outside Gidimt’en camp. As dusk fell, reports came from the camp of officers in tactical gear moving into the bush while other officers left the area.

It’s expected that RCMP will move into Gitumt’en camp overnight or early Friday and arrive at Unist’ot’en Healing Centre later in the day. 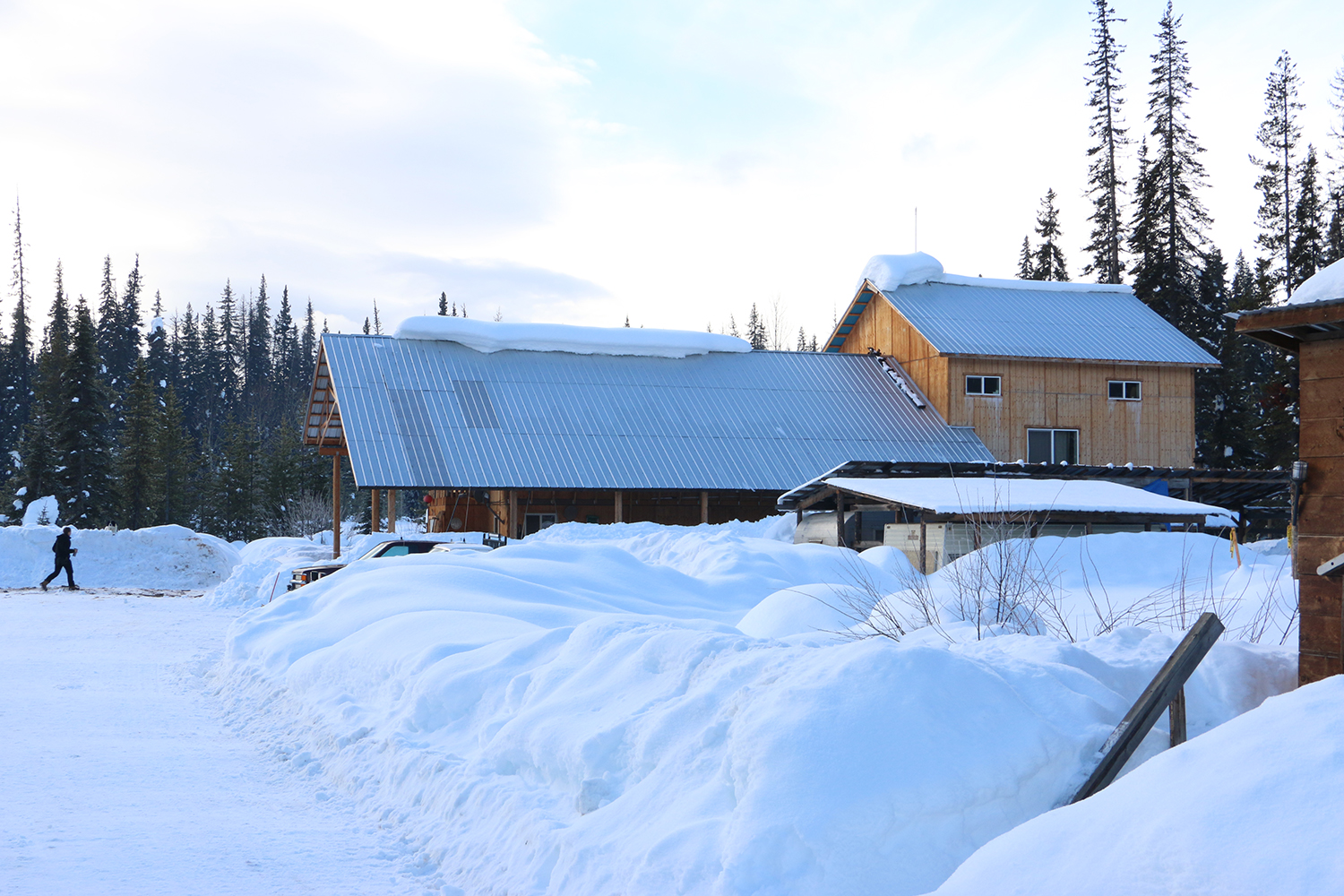 Karla Tait is the centre’s director of clinical services. She decided to pursue a PhD in clinical psychology when she saw the positive effects of returning to the yintah and a need for Indigenous mental health workers.

Karla Tait is the centre’s director of clinical services. She decided to pursue a PhD in clinical psychology when she saw the positive effects of returning to the yintah and a need for Indigenous mental health workers.

“We’ve always considered the land itself healing because living on the land and drawing your water directly from living water sources, all these things strengthen a connection to the living spirit of all things,” she says.

“When you experience being a small part of that greater life force, it’s very difficult to feel alone or destitute or helpless, which are some of the precursors to mental health struggles.” 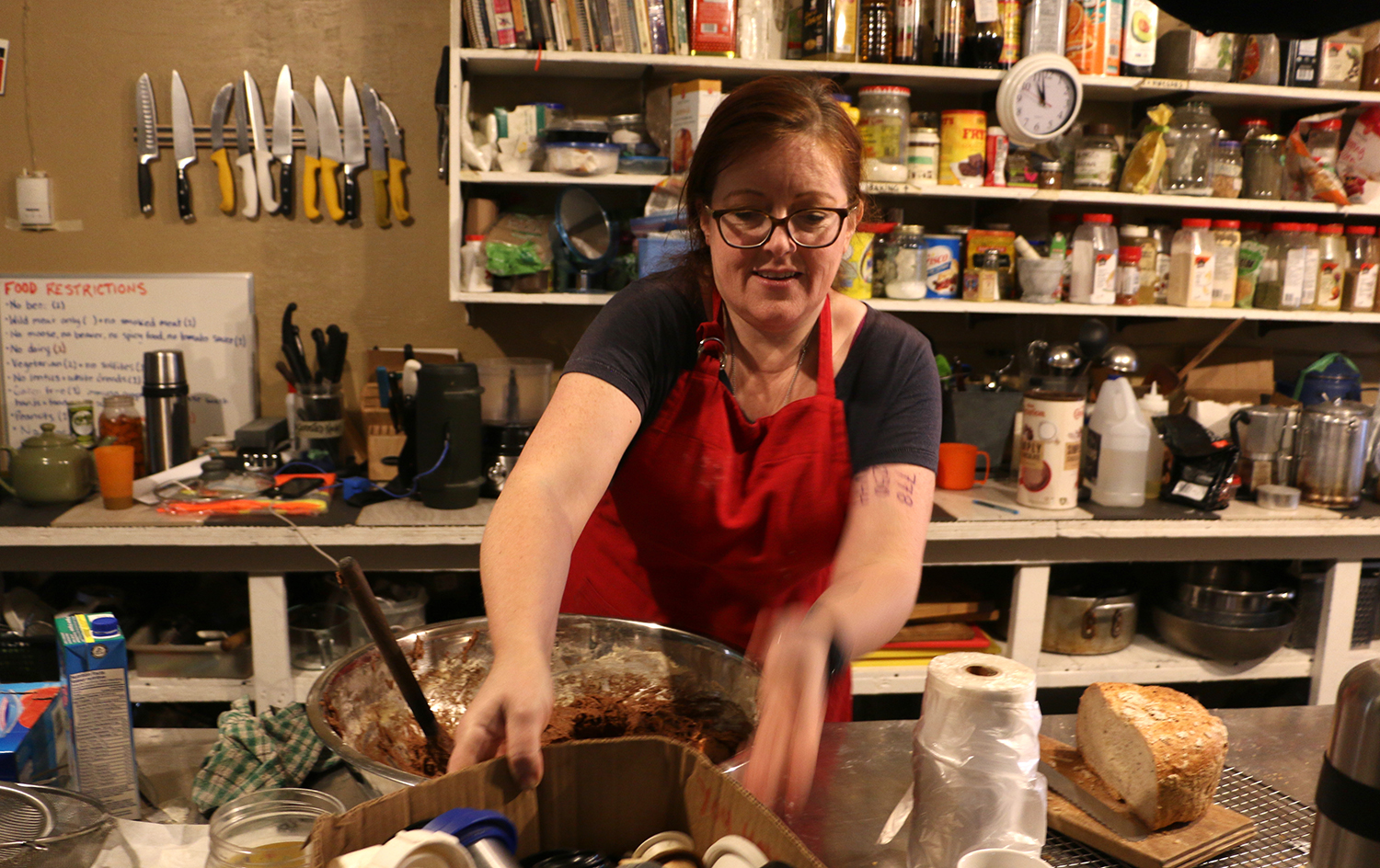 She says CGL’s activities on the land have interfered with land-based cultural activities, displaced local wildlife and destroyed cultural sites. CGL has been working 17 km beyond the healing centre, but the pipeline is slated to run within a kilometre of it. The section of pipeline closest to the healing centre is still awaiting its environmental assessment certificate.

“We have a lot of history and place significance in the area,” Tait says. “There’s a lot of meaning here for us. Our ancestors have lived here for millennia.”

Brenda Michell is Tait’s mother. She says she’s here for her grandchildren.

“(CGL’s) plans will destroy this river. We have a healing centre here and there are a lot of things that are connected to the land in our programming,” she says.

At the healing centre, life continues as it has for the past month, despite the RCMP presence 22 kilometres away. A birthday cake is being baked and guests laugh and joke in the dining room.

But there’s also a heaviness. The guests — some of whom witnessed firsthand last year’s enforcement at Gidimt’en camp — watch videos of this morning’s police action at kilometre 39.

Huson says she’s ready for whatever is coming.

“We know what is at stake here and the stakes are too high for us to just let go,” she says.

“This is my home. It’s not a protest camp. The healing centre took us over a year and about $1 million to build,” she says.

“They’re coming to invade my home.”

‘Each Moment Here Is a Victory’: Wet’suwet’en Supporters Aren’t Backing Down

By Amanda Follett Osgood, originally published by The Tyee