One of our favorite Strong Towns member-contributors is Kevin Klinkenberg (Twitter: @kevinklink ). Kevin is the Principal at K2 Urban Design and blogs at The Messy City, and he’s been gracious enough to share a good deal of his brilliant work with us over the years. This was Kevin’s most popular post on Strong Towns this year, and it’s easy to see why—in the year of “OK Boomer,” a broadside against 1950s nostalgia seems to have touched a nerve with our readers.

Kevin, though, has hit on something important about our culture and the stories we tell ourselves, something far beyond a simple clapback. There’s a reason that politicians on both sides of the aisle hone in on the immediate post-World War II era as a signifier of a better, bygone America. To the left, it was a period in which we could Get Things Done as a society: income inequality was low, marginal tax rates were high, the New Deal policy consensus was strong, and the federal government attacked pressing problems such as poverty with serious muscle and ambition (if a checkered track record of actual success). To the right, the postwar era was a period in which patriotism, cultural unity, and traditional social mores ran strong, and American industrial might and technological ingenuity were the envy of the world.

The story we tell at Strong Towns is more complicated. From a historical standpoint, the postwar era was, as Kevin puts it, “highly unusual.” The U.S. found itself in a position of unprecedented wealth and global dominance, with an economy growing robustly enough that we were freed, for a short while, from the need to make difficult choices, or face any painful near-term feedback on the worst of the choices we did make—at least at the macroeconomic level. (Urban Renewal and freeway building, to be clear, resulted in plenty of immediate painful feedback at the level of the individual communities that were destroyed and displaced.)

While parts of the world in which World War II had actually been fought rebuilt their cities from the rubble, we rebuilt our cities too—but by choice. The suburban expansions that began in the postwar era radically transformed the face of a continent. We’re still grappling with the unintended consequences.

In a sense the decades immediately following World War II were, for our national economy, the equivalent of a household acquiring a large line of credit and going on a shopping binge—new furniture, new TV, refurbished kitchen and bathrooms—and then looking around their blinged-out home and saying, “Look at all this stuff I have! I must be wealthy.”

We’re still fighting the hangover from that binge. We’re fighting it in the depopulated Rust Belt, in Sunbelt cities deep in the Growth Ponzi Scheme, and coastal metropolises facing the evisceration of their middle classes as they find themselves no longer able to deliver on the postwar social contract of a nice house on a quiet street with a yard and a picket fence for every family.

That social contract—the idea that we could sustain it and keep all our promises to ourselves—was always an illusion. Treating that postwar illusion of wealth as some sort of baseline condition that our society and economy should get back to is not going to help us solve any of the pressing problems we face today. It’s certainly not going to help us become a nation of strong towns. –Daniel Herriges, Senior Editor.

I recently was catching up on some older episodes of the Strong Towns podcast, and found myself stopping, rewinding and playing a section of one episode a few times. This is not something I do very often, since I’m perennially behind on my podcast listening. But it’s also a topic I’ve thought about a great deal, and rarely hear discussed in this manner.

The episode features a number of questions, but on one question in particular Chuck Marohn talks about the American worldview immediately after World War Two and how it shaped who and where we are today. If you are so inclined, it’s worth a listen starting at 32:25 for about 10 minutes.

Chuck’s quite charitable view of what he thinks American society was wrestling with at the time, is the closest I’ve heard to how I’ve tried to conceptualize both the 20th century and where we are now. Our friend Todd Zimmerman of Zimmerman/Volk Associates has often described it as “a conspiracy of good intentions.”

But beyond the intentions, there’s another aspect we don’t talk much about: I’ve always felt we — the collective we — tend to underemphasize how our post-war economy dominated the globe after World War Two. For a generation, we basically had no major industrial competitors. We know this. We intuitively understand what happened to Europe and Japan, but we forget how it so strongly impacted our own domestic economy, lives and cities.

It also doesn’t matter what your own personal political tendencies are. Both sides of the aisle still hold onto narratives and vestiges of that time period.

In the realm of cities, we built a physical world to reflect our need to accommodate an enormous industrial economy, moving goods and workers by car and truck between everyone’s little house and employer. And that enormous expense was socialized by every taxpayer. 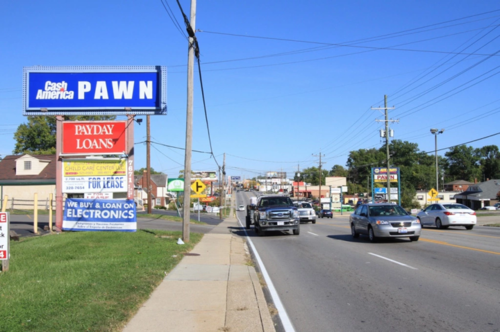 “It was a very expensive and fragile system. When it fails, it fails completely and suddenly.” Image via Kevin Klinkenberg.

It worked well for a time. It built incredible middle-class wealth, and we enjoyed a bit of an American renaissance. But it was a very expensive and fragile system. When it fails, it fails completely and suddenly.

In our glee and newfound wealth, we built a well-funded, disposable society. We had the money to do a lot of really dumb things because of our industrial dominance and the desire to be modern…and so we did it all. I’m not here to cast blame — it strikes me as a very human response to a particular set of circumstances. For the last forty years, though, we’ve been gradually realizing the problems we created and are struggling with what to do now. We created something very big, debt-fueled and artificial. It’s crumbling all around us. But it’s all that we have known, so we don’t see it for what it is.

Today, the default condition on the ground is decline. If you don’t see it that often yourself, it’s probably because you’ve arranged your world to remain in the 25% of the built world that is doing just fine. Again, I’m not casting blame, as this mostly describes my own life choices too.

The point is, the era of the 50s through the early 60s was a mirage; it wasn’t “normal.” It was driven by highly unusual wealth. And the results weren’t all that great anyway — just look around and see for yourself. Not only were many people excluded from the party, but the end result of the party is actually pretty lousy.

And yet we largely still hold onto these ideas and big systems that no longer work, that have failed by any reasonable measure. The public conversation still largely focuses on manufacturing jobs, on bigger highways and roads to move cars, on more single-family houses for families. We seem to think the only issues are a lack of “resources” or “political will.” 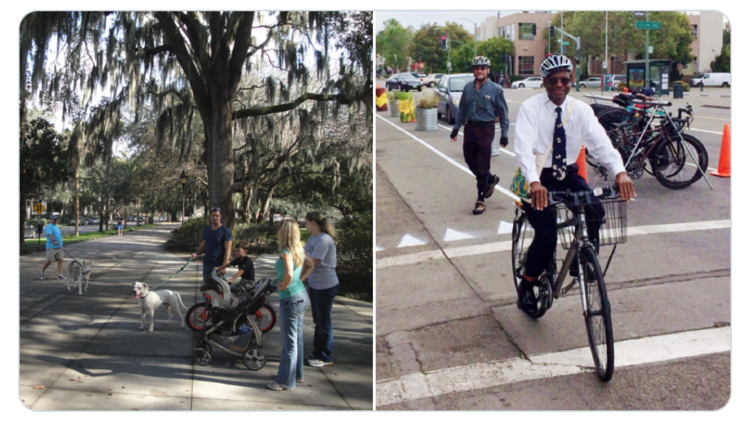 But here’s the real story, the other side of the coin that rarely gets a frank discussion: the endgame of this transition can be not just good, but great.

Well-done, compact cities and towns are incredibly livable and pleasurable, as well as more financially sustainable. Humans are very adaptable and resilient, and the transition to whatever is next should also give us more excitement than sorrow or remorse.

The America of the 50s and 60s is over. The party has long since petered out. That’s a good thing. Let’s clean up and move on to something better. Savor your Small Parcels, and Create More of Them