We have a way in the modern world of rediscovering things that humans have always done but branding them as something trendy and a little alien. So it goes with the explosion of interest in “tiny houses” as an answer to what ails cities struggling to house and attract people.

The ironic thing about tiny houses is that they’re nothing new; it’s just that, in surprisingly recent memory, our culture had a different name for them. We called them “houses.”

The Bottom Is Missing From the American Housing Market

Our houses are very big in North America. In fact, the US, Canada, and Australia are the three biggest outliers worldwide in both the average size of new homes (a whopping 2,164 square feet in the U.S.) and the average per capita living space. 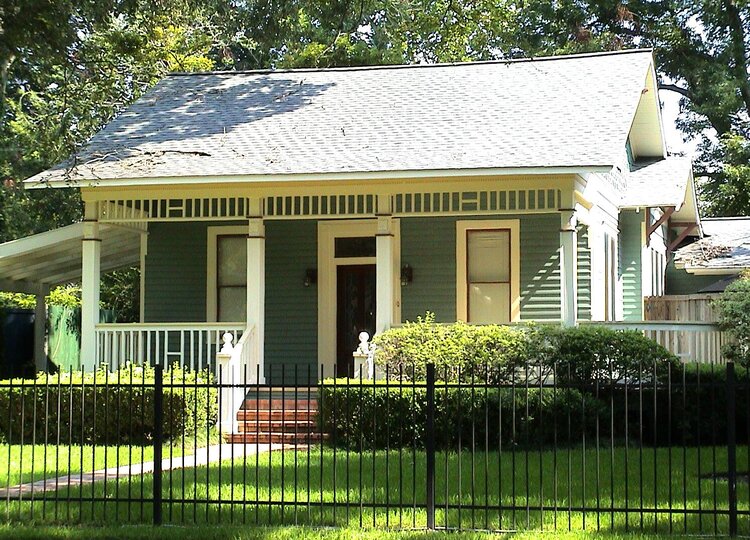 Home size has crept up over the years, too. The American Enterprise Institute published a chart that shows that the average U.S. home size has increased by about 1,000 square feet since 1973, a near-doubling of living space per person. Interestingly, the same article also includes a chart that shows a relatively stable price per square foot, when adjusted for inflation, suggesting that the super-sizing of our homes in size is an underappreciated driver of today’s affordability crises.

In a prior era, all sorts of housing arrangements were commonplace that you almost never see built new anymore. Shotgun houses were the predominant form for a period in cities including Louisville and New Orleans; they’re called that because they’re very narrow and linear, and you could supposedly shoot a shotgun round in the front door and out the back. The skinny row houses of cities like Philadelphia are another space-economizing, traditionally American home style. In Southern cities where the row house never predominated, you can see old neighborhoods with very modest stand-alone bungalows on very tight lots.

At the bottom of the market, for those who couldn’t afford their own home, single-room occupancy buildings (SROs) used to be common in America’s big cities: in these, you essentially rent a dorm room, and amenities like kitchens and bathrooms are shared. But it was also far more common in the past for homeowners to take in a lodger. You’d live in a finished basement or attic and pay modest rent, which was often a vital source of income to homeowners in tough times.

All of these played important roles in the human habitat, the complex ecosystem that is the city. In terms of the development and evolution of neighborhoods, the tiny house on a tiny lot is the most modest increment of development on vacant land, and it is within reach of people who couldn’t otherwise build something that will accrue wealth for them over time. 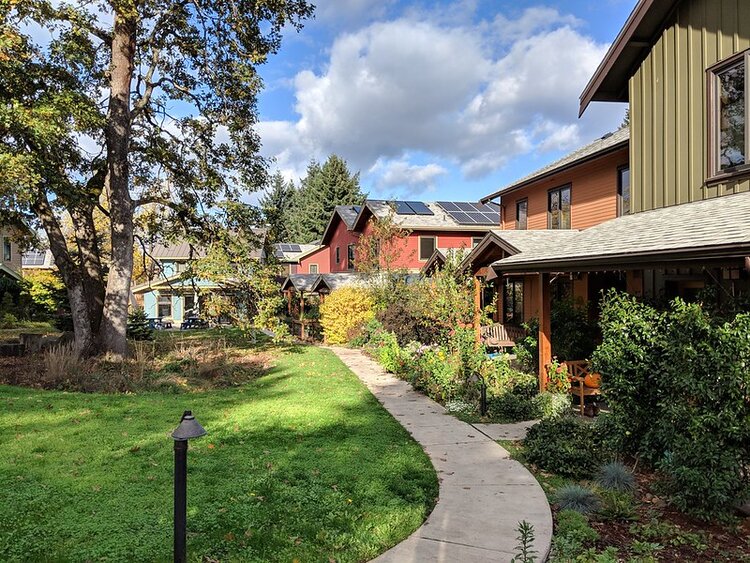 For the renter not thinking about accruing wealth, a small home lowers the bar to being able to live in a place you couldn’t otherwise live. So if you are a young person looking for work in a new city; a couple or a small family saving up for a dream home; a single older adult without a lot of stuff or the desire or means to maintain a lot of space; you have a range of options that can serve your situation. And this means, just maybe, that you can move to a better neighborhood that would otherwise be off-limits to you, or to a whole new city with more economic opportunity.

I wrote in February 2019 about an AARP report that observes that the share of U.S. households comprised of a conventional nuclear family has been falling, and is down to only 1 in 5. Our cultural narratives about desirable housing haven’t caught up to this shift; we still idealize the 3- or 4-bedroom single family house with a sizable yard.

Joe Minicozzi of Urban3 likes to ask his audiences in talks, “Who here would live in a 400 square foot apartment?” Few if any hands go up. So then he asks a follow-up question: “Who has lived in a 400 square foot apartment?” And many hands go up: all sorts of people, it turns out, live in these spaces as young adults only to turn around and say, “I can’t see how anyone would want that!” as older adults. The tiny house, the ADU, the micro-studio: these homes don’t serve every need, but they serve people in situations that aren’t alien to us, but utterly normal. So why are they so rare today?

We’ve Regulated the Bottom Out of the Housing Market 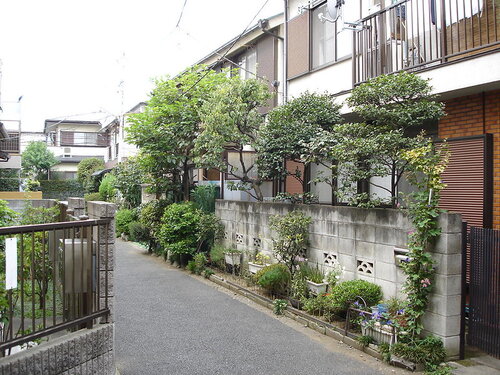 Modest homes on small lots are the norm in many wealthy countries, such as Japan. (Photo via Flickr)

There are two common narratives that explain the super-sizing of the North American home.

One, the more optimistic, goes like this: Americans place a high cultural value on space and privacy. The growth of the suburbs and the spread of the automobile made that elbow room possible, and we attained a higher quality of life.

A cynical version goes like this: Americans are more shallow and materialistic than our cousins in Europe or Asia. We’re addicted to our cheap oil and big garages for our SUVs, and we build McMansions as a form of conspicuous consumption.

Neither is quite right, because they both position culture at the center of change in our physical environments, and discount the role of pragmatic decision-making. The truth is that what we (supposedly) want is always conditioned on price, available options and trade-offs. And we have spent decades making it really hard to build smaller houses, and making it really cheap to build big ones by pushing much of the cost off into the future.

Minimum lot sizes are pervasive in suburbia and even many central cities. Research finds these rules actively require residential lots to be bigger than they would otherwise be. A large minimum lot size means you’re paying for more infrastructure (more linear feet of sewer main and asphalt street, built by the developer of your subdivision and bundled into the price of a new home). It often makes no economic sense for a home builder to put a modest home, which would appeal to a modest-income buyer, on a large lot; so homes get supersized to match their yards.

Parking mandates are another culprit. A lot of “tiny houses,” if you added an attached garage, wouldn’t look a whole lot smaller than a typical 1950s home. Attached garages balloon the footprint of homes, but they also screw with the development economics so that more modest, affordable housing types don’t make sense to build. The Sightline Institute recently published an eye-opening case study explaining how this works in Portland. The parking is expensive to build but isn’t directly bringing in income, so the developer has to compensate with a bigger, pricier home. (ADUs and other “tiny” houses, where they’re allowed, get around this by either not requiring off-street parking, or, often, being built on top of an existing garage.)

Until we deal with, at a minimum, those two pervasive factors—lot sizes and parking requirements—tiny houses will only be a niche product, because they’ll only make sense (from the builder’s perspective) in niche situations. Add to that that we tend to only allow these small homes on small footprints in places where the cost of land is highest (desirable, centrally-located older neighborhoods) and we tend to tack on regulatory requirements that raise the price, from complicated design standards to lengthy and uncertain approval processes.

So few get built, and then we tell ourselves, “The market obviously wants larger houses.” And so risk-averse lenders finance larger houses at favorable terms, and cookie-cutter developers build larger houses because it’s a proven business model, and the cycle persists.

We Need to Re-Legalize Variety

Let’s get this out of the way: “tiny houses” and ADUs aren’t for everyone, and they aren’t a simple answer for every city with a housing affordability crisis: they’re, so far, a drop in the bucket even in the best-case scenarios. They can absolutely help solve that problem, but their ability to also solve a couple different problems shouldn’t be underestimated. 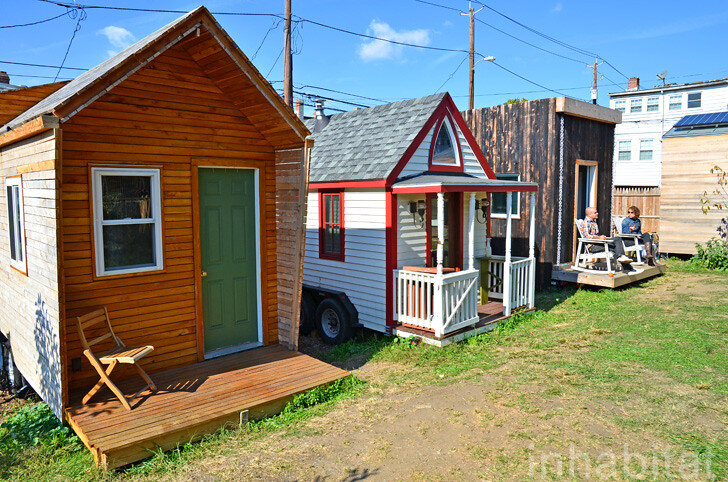 Allowing small homes in a variety of configurations—tiny homes, ADUs, cottage courts, duplex units, triplex units—is one of the most promising ways to “unleash the swarm” (h/t Kevin Klinkenberg) of incremental developers in cities that need to grow and thicken up. These are the kinds of projects available to a bootstrapping local, not just a capital-D developer who works at a huge scale and has their pick of the hottest markets.

And although tiny houses or brand-new ADUs are often marketed as sleek, trendy living for the upwardly mobile in places like Austin or Seattle, they have a role to play in a very different context. Some Rust Belt cities have plenty of homes but still lack affordable options for a largely lower-income population; many people can’t handle the renovation and maintenance of a hundred-year-old 4-bedroom house, but might be able to get back into the market in a Detroit or Cleveland if a far more modest option were actually available in their communities. We recently shared an article about a program in Detroit that develops tiny houses and makes them available to households earning as little as $10,000 per year through a rent-to-own financing model.

This is how cities are supposed to work. A wide range of options for our wide range of needs and situations, which can incrementally evolve over time. A low bar to entry for building a home, starting a business, or simply being able to live in a place you want to live.

We used to just call these “houses.” We should again.