Kevin Anderson is Professor of Energy and Climate Change at the University of Manchester and Deputy Director of the internationally renowned Tyndall Centre for Climate Change Research.

He is one of Great Britain’s most recognized climate researchers and is well known for his skills in communicating climate science to decision-makers, the business sector, civil society and media. He has been pivotal in establishing research around carbon budgets and the transformation of different societal sectors to acceptable mitigation levels based on politically agreed goals. For environmental reasons, Kevin hasn´t flown in 12 years.

This annual memorial lecture is in honour of Gordon Goodman, founding director of the Beijer Institute at the Royal Swedish Academy of Sciences from 1977–1989 and the Stockholm Environment Institute from 1989–1991. 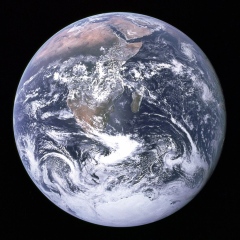 Sixteen of the seventeen warmest years on record have occurred since 2000. Photo NASA