My talk at the Summer Academy of the Club of Rome was mainly a presentation of my latest book, “The Seneca Effect”(Springer 2017). In practice, of course, a book contains many more things than you can say in a 40 minute speech. So, I tried to concentrate on the idea that the behavior I call “the Seneca Curve” is very common, even universal. Below, you can see the Seneca Curve: things go up slowly but collapse rapidly, as the Roman philosopher Seneca said first some two thousand years ago. You may see the same curve also on the t-shirt I was wearing at the Academy. 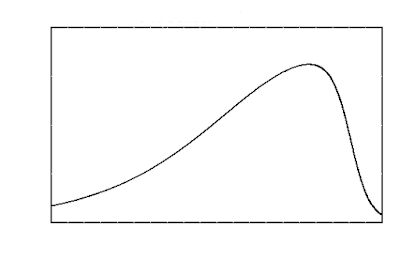 You may have heard the old Latin motto, “Natura non facit saltus” (Nature doesn’t make jumps) meaning that things change gradually, not abruptly. It may be true in many circumstances but, in practice, it is wholly normal that Nature accumulates energy potentials (as when you inflate a balloon) and then releases them all of a sudden (as when you puncture a balloon). This is the theme of the cover of the German version of my book.

There are reasons why Nature behaves in this way, but the point I made at the school was not so much about why the curve is so common but how human beings are not normally aware of it. In fact, our thought is often shaped by the idea that things will continue evolving the way they have been evolving up to a certain point. Just think about economic growth, and you’ll notice how economists expect it to continue forever. It goes without saying that the economy is one of those complex systems which are most vulnerable to the Seneca collapse.

So, I tried to stress that the understanding that the Seneca Curve exists and it is common is a recent discovery. Even though Seneca had understood it by intuition already almost 2000 years ago, in its modern form it is less than a century old. It was proposed for the first time by Jay Forrester in the 1960s and it was enshrined in “The Limits to Growth” study of 1972, even though the term “Seneca Effect” was not used.

During my talk, I showed this image to evidence how our ideas on the path that complex systems follow evolved over time. 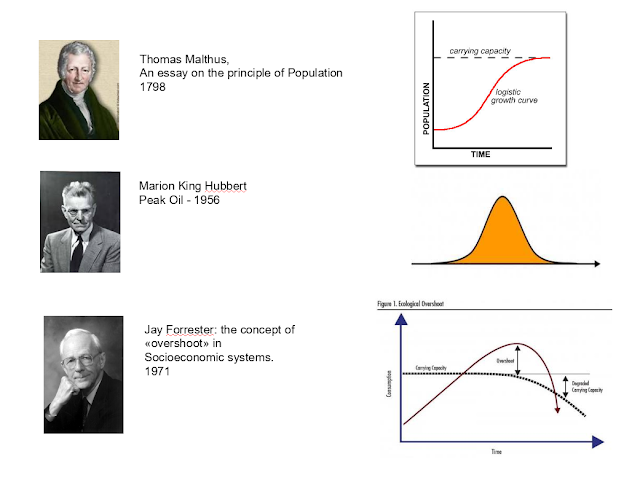 You see how modern the idea of “overshoot” (and the subsequent collapse) is. Malthus just didn’t have it. Despite being often accused of catastrophism, he couldn’t envisage societal collapse; he lacked the necessary intellectual tools. He was an optimist! Today, we have this concept. We know that complex systems tend not just to decline, they tend to collapse. But this perception is totally missing in the general debate. 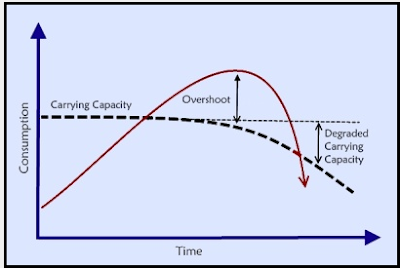 When you mention societal collapse, there are two possible reactions. The most common one is that such a thing will never happen. Then, if you manage to convince people that it is possible, they endeavor to do everything they can to keep the system going; whatever it takes. They don’t realize that when you exceed the carrying capacity of the system, you have to come back, one way or another. And the more you try to stay above the limit, the faster and the harsher the return will be. What you have to do is to ease the collapse, follow it, not try to stop it. Otherwise, it will be worse.

So, we seem to have a cultural stumbling block, here. Maybe we’ll never overcome it, or perhaps yes, who knows? In older times, Emperor Marcus Aurelius, a stoic philosopher just like Seneca, had this concept rather clear. He knew that everything in the world is impermanent; including the Roman Empire.  Being a virtuous man, he did everything in his power to do his duty as Emperor. But he recognized his limits and that’s what he said in his “Meditations.” 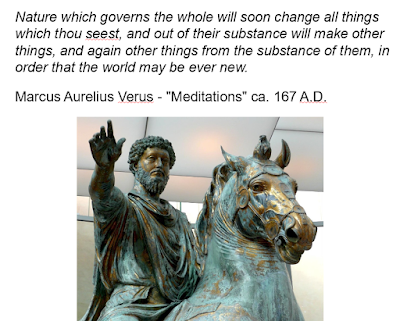 We should recognize our limits, too. Follow change, don’t try to stop it. Nature is changing all things we see and out of their substance it will make new things in order that the world will be ever new. This is the way Nature works.