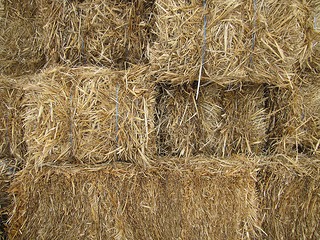 These days, human-scale straw bales have been largely replaced by mammoth cylinders that require mammoth farm equipment; another way we have used the cheap energy of recent decades to burn our bridges. If you can find some of the old rectangular, metre-long bales, however, they can be put to many uses.

On the Great Plains of North America, people stacked them inside a frame to create walls, which were then covered in mud plaster. This technique, pioneered by 19th-century settlers to the Great Plains, is seeing a comeback as people discover the value of energy-efficient buildings. Straw is plentiful, does not require the clearing of forests, can form load-bearing walls or can simply insulate. It is easy to work with, and can be stacked and plastered by amateurs. Gathering and baling it does no damage to the environment, and the building waste can be composted.

It is also one of the best insulating materials around. Insulation is measured in “R-values,” and the higher the R-value, the less heat escapes the home. Most conventional homes are estimated to be R-12 to R-20; most bale homes, R-30 to R-50.

Isn’t straw flammable, you ask? Loose straw is, but bales are tightly compressed, and are no more flammable than wood. The National Research Council of Canada, for example, found that a straw bale wall withstood temperatures of up to 1,850 degrees C for two hours.

Nor can any wolf blow the house down – the Building Research Center of the University of New South Wales, Australia found in 1998 that bale walls withstood winds up to 134 miles per hour – equivalent to a Category 3 hurricane.(1)

The disadvantage to building with it is that it is quite sensitive to moisture, so it must be either kept dry until sealed with plaster or used for temporary structures like barns and sheds, for example. I would also like to hear from more people who experimented with simply stacking straw bales around a house for insulation during the winter, and removed them as need be.

To find out if bale building is for you, consult books like “Serious Straw Bale” by Paul Lacinski and Michel Bergeron, or “More Straw Bale Building” by Chris Magwood.

If your ambitions don’t run towards experimental architecture, however, you could plant a garden directly inside straw bales. First line up bales, long side to long side, to create a garden bed, and water them as you would the rest of your garden for a few days. For a week or so after that, keep watering but add nitrogen and phosphorous — stir some chicken manure in your watering can, leave it for a few days and pour the resulting liquid over the bales. Urine is also great to add, applied in whatever way does not violate local ordinances.

After doing this for two weeks – just water for a few days, then water-with-fertilizer for a week and a half – punch a row of holes in the bales. Set a handful of rich compost into the hole, and plant a seedling in the earth. Sprinkle some earth on top across the entire top of the bale, and water as you would any other garden plants. The straw bale decays as the plant grows, until the plant can stretch more roots directly through the composting straw.

An approach like this can create a temporary raised bed, allowing the elderly and people with back problems to garden a raised bed without having to bend over all the time, until they can afford the lumber to create more permanent structures. It helps make the garden unreachable by rabbits and many pests. It helps cut down on the amount of soil you have to use, and since all soil contains weed seeds, it reduces the amount of weeding – although some of the grass seed will inevitably sprout. And, again, when the bales are disintegrating, they become compost, and nothing is wasted.

Here in Ireland, of course, straw has long been used to create thatched roofs, and ther are still a few around us — more on that later.

(1) ASTM E72 80 Compressive, Transverse and Racking Tests of Load-Bearing Walls conducted under the direction of John Carrick BE, the New South Wales Environmental Protection Agency and John Glassford at the Building Research Centre of the University of New South Wales, Australia, 1998. 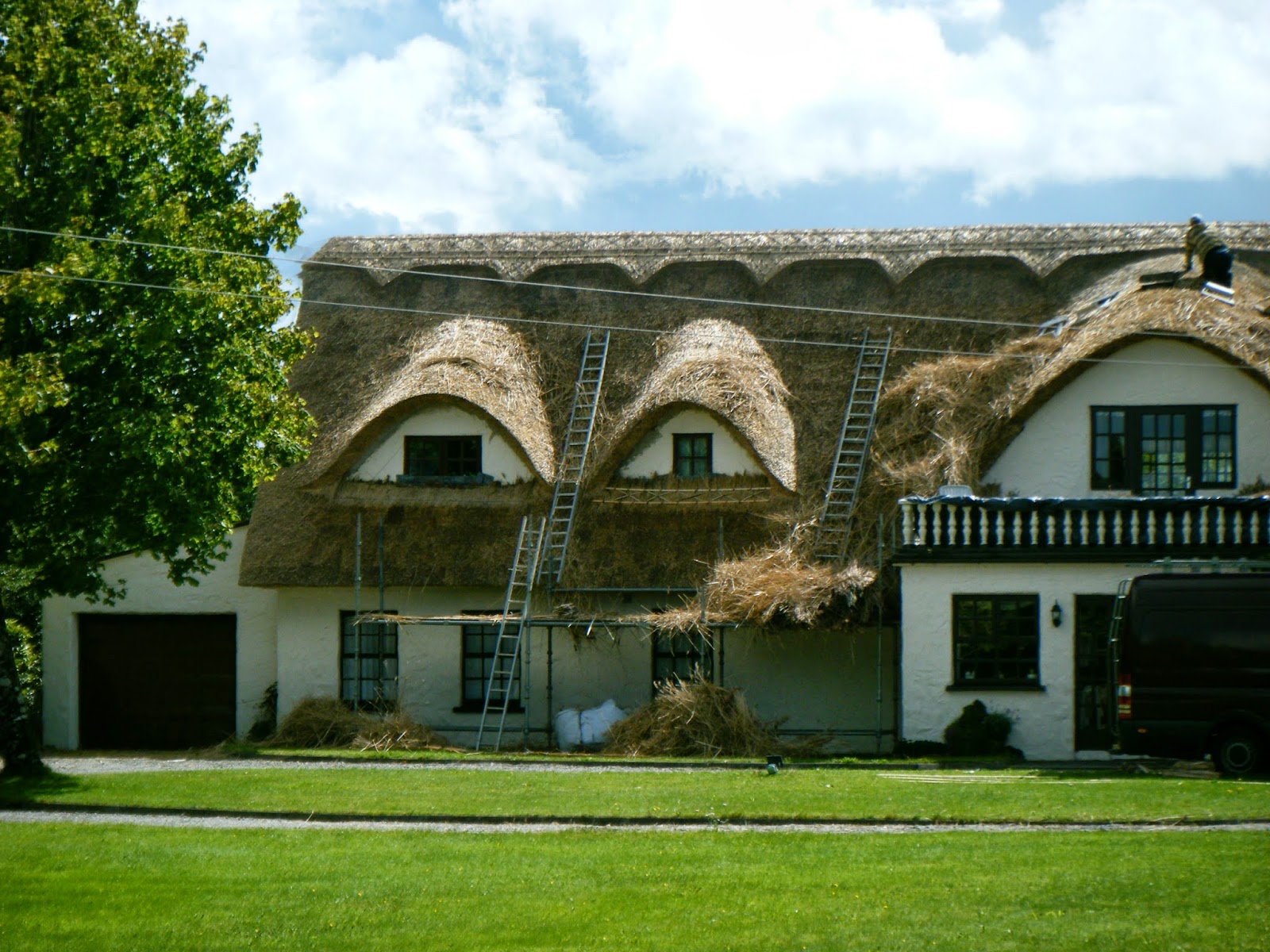