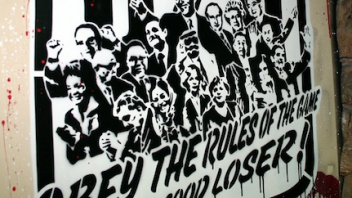 I often hear people say “why bother engaging at the community level (which is REconomy’s focus) given that the economic ‘rules of the game’ are rigged against the little man or little woman in the community?” Clearly some rules do favour big business such as significant tax breaks for big companies to attract inward investment into a region in the hope that it will create jobs and increased economic prosperity. Here’s a great video covering these issues.

At REconomy we recognise that there needs to be change at all levels and so here’s a list of regional, national and international policies that, in my opinion, tend to fit with REconomy’s community level action approach. If you can think of others please let me know. In no particular order;

Positive money creation – How money is created is one of the most fundamental influencers on how our communities develop. Positive Money’s policy proposals are based on a belief that “by changing the way that money is created, we can tackle some of the major social and economic problems we’re facing today”. Here’s a quick intro to their proposed polices and some more details here.

Small farmer policies – This great report titled “Small is beautify” recommends changes to local planning that would support farms of 10 acres or smaller farms. Our planning system (in the UK) dictates that farms predominantly have to be large but is this best for the environment, the community and farming?

Community bill of rights – Communities in Ohio are trying to create a bill for self-determination. Communities are often helpless in preventing their local environment from being blighted.

Taking back the power – The city of Boulder voted to localise its power supply and provide a model for other communities. However, the community’s democratic desire isn’t enough and the corporations are not handing over the power without a fight. Here’s their inspirational example of a community fighting to take control of power generation on a local level.

Banning coal – Ontario, Canada provides an example to be followed with its banning of coal and starting the phase out.

Creating energy independence – Banning coal is only one side of the coin. Sonnenschiff is one example that shows us that in urban environments we can generate more energy than we consumes. The UK government aims to scale up community energy and here’s the Coop’s report on the same.

Stopping government handouts to corporates – Reframing the issues and new policies around corporates paying low wages. Who is getting the hand out if a full time worker has to depend on government benefits to pay their bills? Here’s an article focused on the UK scenario and another focused on the US scenario. 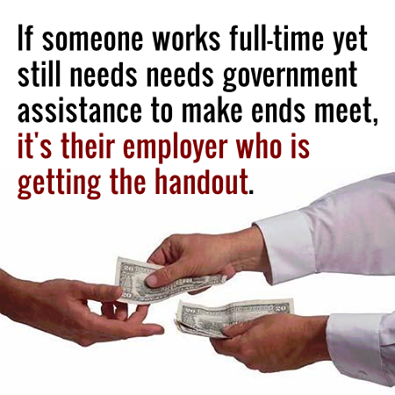 Land Value Taxation – A way to incentivise the best use of land with lots of wider potential implications. Here’s a discussion focused on LVT in the urban environment and here’s a documentary focusing on rural and wildlife benefits.

Earth sharing – Sharing in the land’s value isn’t the only way to share in a region’s natural resources. Norway provides a good example of the people sharing in the country’s oil wealth.

Legalisation of cannabis production – Part of the changing of the social-economic profile of drug use. Colorado’s local government collected $2m in marijuana taxes in one month. And the Economist’s considers Uruguay as the country of the year.

Openness policies – Political corruption and abuse is regularly in the news at the moment. Building trust in our political system through openness is seen by some as essential. Here’s a good update by Birgitta Jónsdóttir on the pioneering Icelandic Modern Media Initiative (IMMI) and “how WikiLeaks changed her country forever”.

Policies for the commons – Still in its infancy this project linking the Peer to Peer Foundation’s Michel Bauwens and the Ecuadorian government looks at policies for a commons based peer production economy.

Beyond economic growth and GDP – Bhutan is a well known example of shifting towards Gross National Happiness instead of Gross Domestic Product for its overarching definition of progress. Here’s GNH explained by the Hon. Prime Minister of Bhutan, 2012. There are also many other initiatives designed to redefine progress such as the Happy Planet Index.

Policies for shareable cities – The collaborative and sharing economy has seen rapid growth of recent times. Here are some excellent policies suggestions to enable increased sharing and increased community benefits.

Anchor community partnerships – The Evergreen initiative was created by the Cleveland Foundation, the city of Cleveland government and The Democracy Collaborative. It is known to many for its use of key anchor institutions (such as hospitals and universities) that use their buying power to support the local economy and foster inclusive, place-based community economic development.

Redesigning suburbia – There are no specific policies in this final link but an example of what a productive suburbia could look like and it entices us to think up the policies needed to promote this. Currently most of our suburban conurbations function as non-productive commuter dormitories. 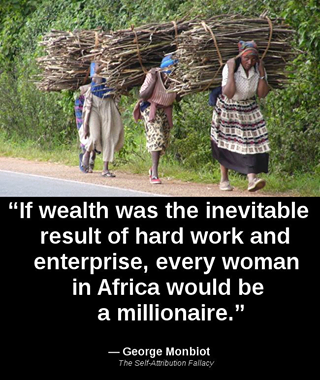 These are just some potential policies that are talked about in new economic circles. There are of course many others that you’ll hopefully tell me about. Call me naive but I can’t help but imagine what an amazing world it would be if all or many of these policies were implemented. But if we were to implement a collection of these new policies would the system still be a capitalist free market democracy? I think the naysayers would call it socialism.

It would likely be a system that isn’t limited by these old dogmas. In terms of democracy these policies, if they do nothing else, tend towards a greater democratisation and greater localisation of responsibility and power were as socialism is traditionally centralised. Then when we consider the free market, basic economics tells us that the market has never been actually free. The World Bank, IMF, local and national government etc. already set the rules of the game. These rules have mostly been rigged in favour of globalised corporations. The policies discussed above don’t necessarily eliminate the freedoms any more than the current system. It’s just a shifting of the rules in favour of the little guy or gal in a way that could help build thriving and diverse local economies.

Credits: Rules of the game image is from Thierry Ehrmann and the two infographics were found on social media without credits

You guys rock! This is essential work for the literal life of our planet! I am a big fan of Richard Heinberg’s insights and I find the resilience ...

The “Icelandic Revolution” through the eyes of a Reconomist

The amazing story of community currencies in Brazil: Interview