We’re back on Ciasnocha Family Farm in Poland, where bad weather and the pressures of war in neighbouring Ukraine have made for a difficult season of haymaking. Mateusz and family like to look to the long term. But right now many decisions are on hold as they wait for the new year and a new CAP. Meanwhile, Mateusz has had the privilege of fruitful harvests beyond the farm gate. Meeting other regenerative farmers and young entrepreneurs during a trip to the US has energised his advocacy work to put farmers at the centre of climate change mitigation and adaptation. The year started out well on our farm. From an agricultural perspective, it was a good winter in our region of Poland, with good snow cover – hence water available to our grass for growth in early spring – and minus temperatures. 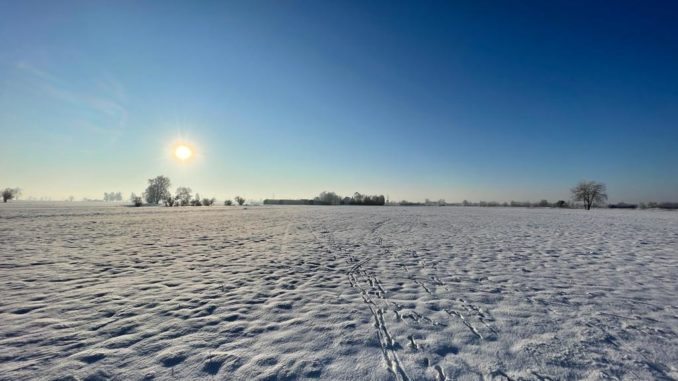 The season began with a good winter

The spring started a few weeks later than normally, which combined with the war in Ukraine added to our concerns about food security in Poland and globally. Reflecting back on the impacts of the war in Ukraine after a few months since its start, we see very clearly that farmers are massively impacted. With the prices of fuel almost doubling and fertilizer prices going absolutely crazy, none of the farmers is doing business as usual. We cut costs where necessary – if a pass across the field is not absolutely necessary, it is eliminated. This is what we see on our farm, as well as on the farms of our neighbours. Here we are in 2022 with an active war happening not somewhere near Europe, but in Europe! 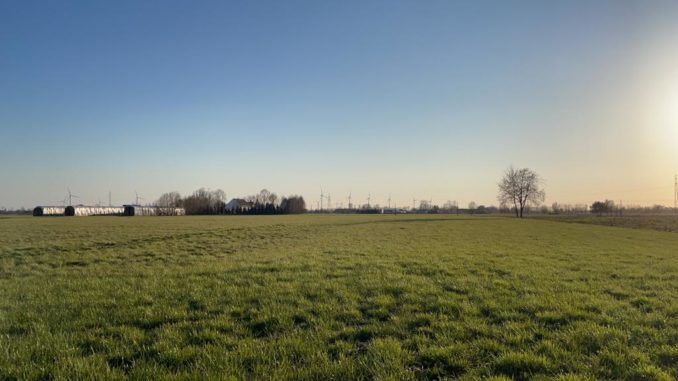 Spring came late in 2022, adding to concerns about food security

Reflecting on our regenerative agriculture journey up until now, we primarily focus on continuing the work already started which brings the majority of results, following the 80/20 rule. In the case of our farm, that is maintaining permanent grassland, which makes the greatest contribution to protecting and enhancing the carbon pool we manage – our agricultural soil. We see a material difference to reducing dependence on external inputs on our bottom line.

While we are thinking a lot about how to develop the farm further, we are waiting with all key decisions for changes till 2023, when the new CAP will be in full effect. We are happy to see the CAP National Strategic Plan for 2023-2027 in Poland being finally settled, so that more information starts flowing to farmers and we can make reality-based decisions about the future of our farm. 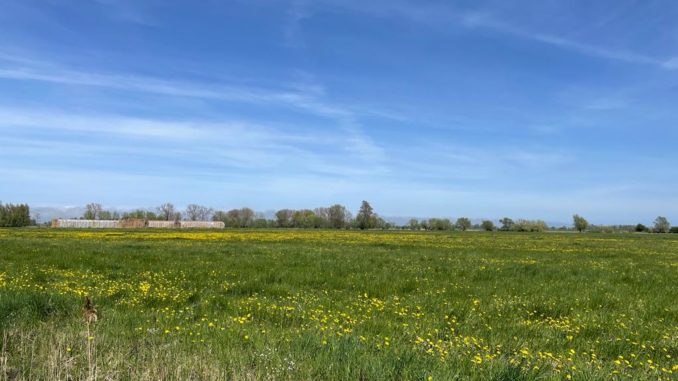 As in previous years, we started our first cut of hay on June 15th. Sadly the weather patterns we experienced made the first cut of hay very, very difficult. Big and frequent rains resulted in a larger than expected part of our production being low quality with the harvest time extending from the normal four weeks to almost six. 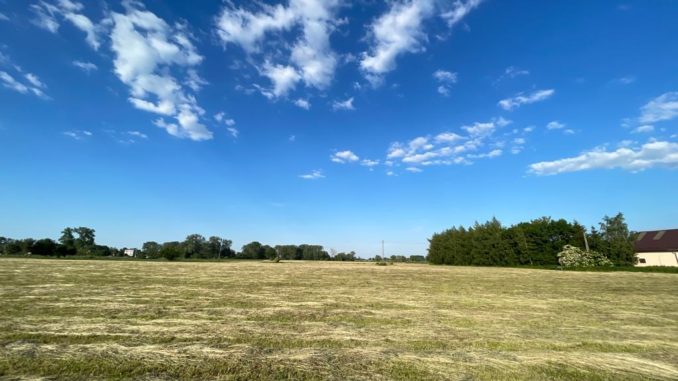 Despite a difficult season, we were not shy to innovate and invest, as we think about our work in the long term and so we invest for the long term. The key investments in 2022 were purchasing a new (second) four-rotor windrower and a new 15-meter wide tedder. Both machines were bought to mitigate for the situation in which we cannot bale hay, as one of those two critical machines is down, as well as to increase our baling capacity in the second cut of hay, when we can operate two windrowers and two balers.

As we believe videos speak a thousand words, the video showing our new tedder in operation can be watched here</ and our logistics operation is shown here. 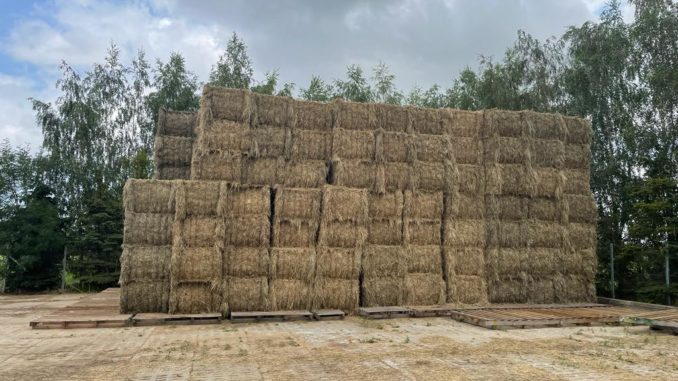 Our new storage method: the dark colour of our hay shows that it was indeed a difficult year

After re-thinking our operations following the principle of optimization – for both yield quality and quantity – we have innovated a new system for storing hay this year. It involves placing hay on re-purposed pallets in order to avoid the bottom part of the stack getting wet. 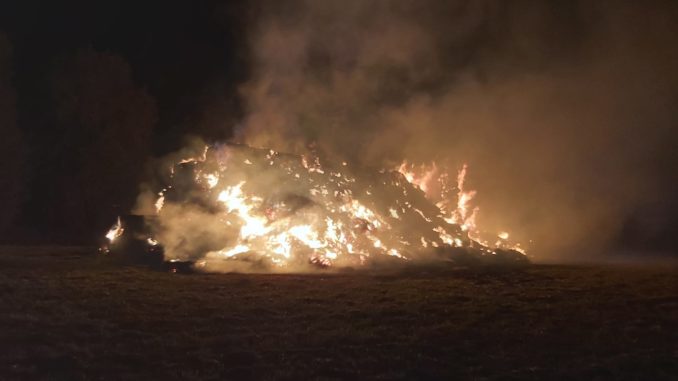 Someone set fire to one of our stacks of hay

Another reason that this year was difficult was that someone set fire to one of our stacks of hay. As Christians our only comment on this situation is that we pray for those who made us go through this. 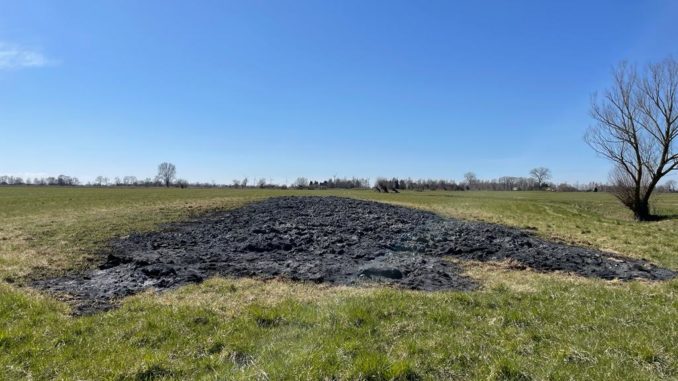 Beyond the farm gate

Beyond the farm gate, this year has been extremely fruitful. I was able to travel to the US for the State Department’s YTILI Exchange aimed at young entrepreneurs from Europe. The exchange involved meeting with stakeholders in Chicago and Washington, D.C., as well as a four-week placement in the organization of my interest. 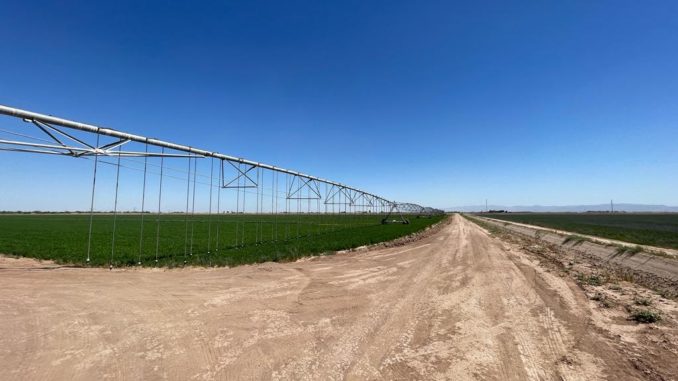 My placement organization was the Resource Conservation District of Greater San Diego County (RCD), which is working with farmers on supporting their transitions to climate-smart agriculture using various governmental and private funding sources for conducting this work. 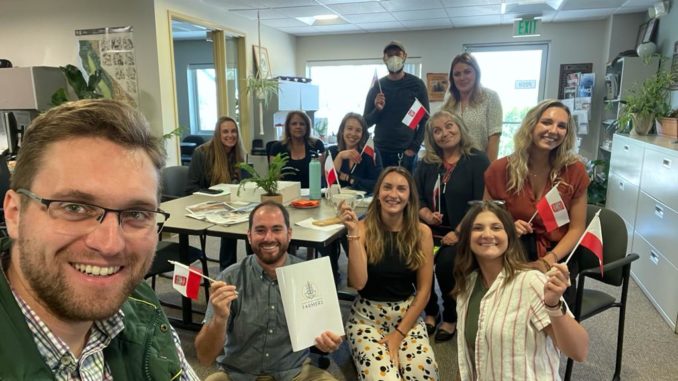 The bulk of RCD’s work is conducting trainings for farmers in the area of climate action and circular economy, mainly through integrating compost into their operations. 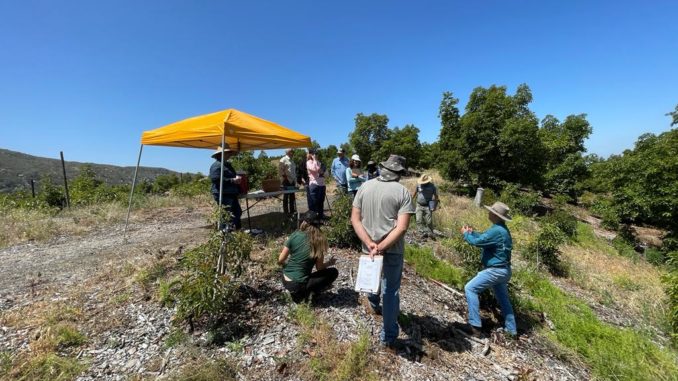 The time in the US was particularly useful for my work back in the EU focused on bridging agricultural and climate policies in a way that works for farmers, given my direct exposure to the California Cap and Trade System, which is directing a significant amount of money received from trading emission allowances to the agricultural sector. 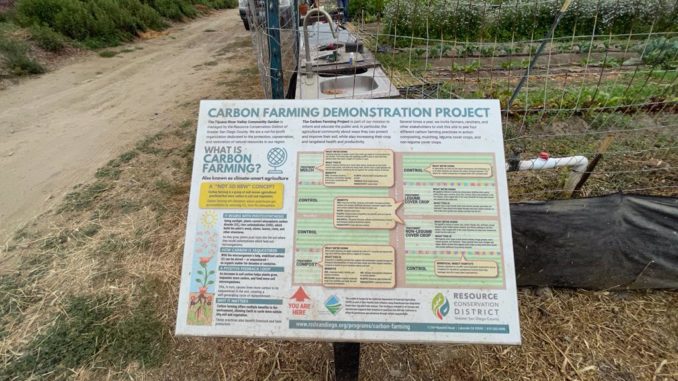 California’s Cap and Trade System dollars at work in agriculture

One of the highlights of my stay in San Diego was a visit to Imperial Valley, which is one of the most productive agricultural regions of the US – all based in the desert. 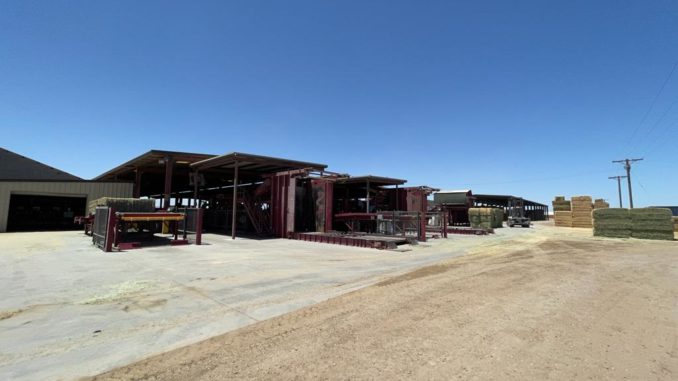 As a hay producer, I was particularly interested in meeting hay producers and exporters from the area. I was able to see hay production in the field. 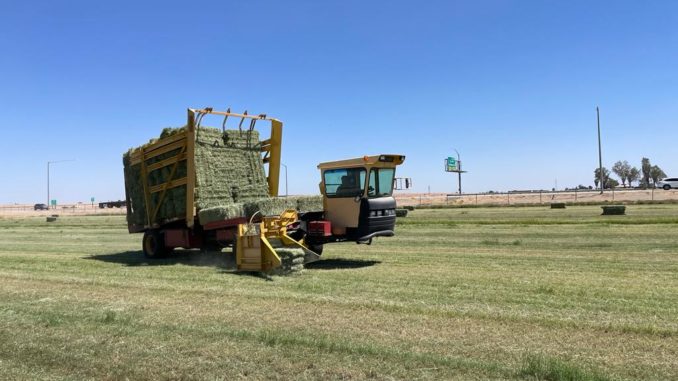 Irrigation is everything in Imperial Valley, which experiences high temperatures throughout the year. 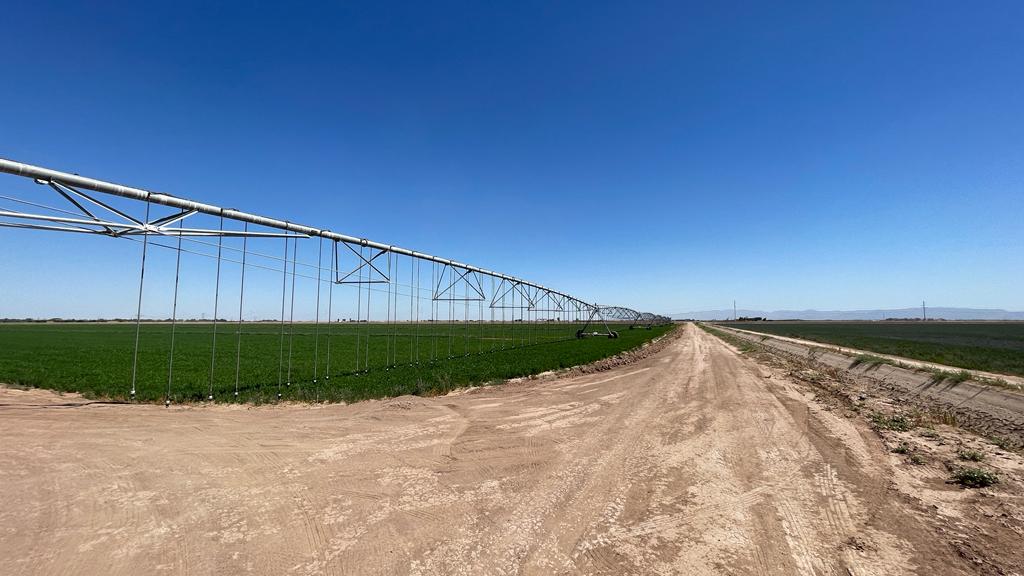 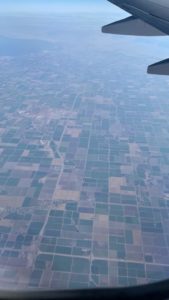 Returning from San Diego to Washington, D.C. I was able to fly over Imperial Valley and see from a bird’s eye perspective what I had seen with my own eyes a few days earlier.

The closing event in Washington, D.C. enabled me to re-connect with friends from the USFRA: United States Farmers and Ranchers in Action, as well as Kiss the Ground, who recently launched the Regenerate America campaign. 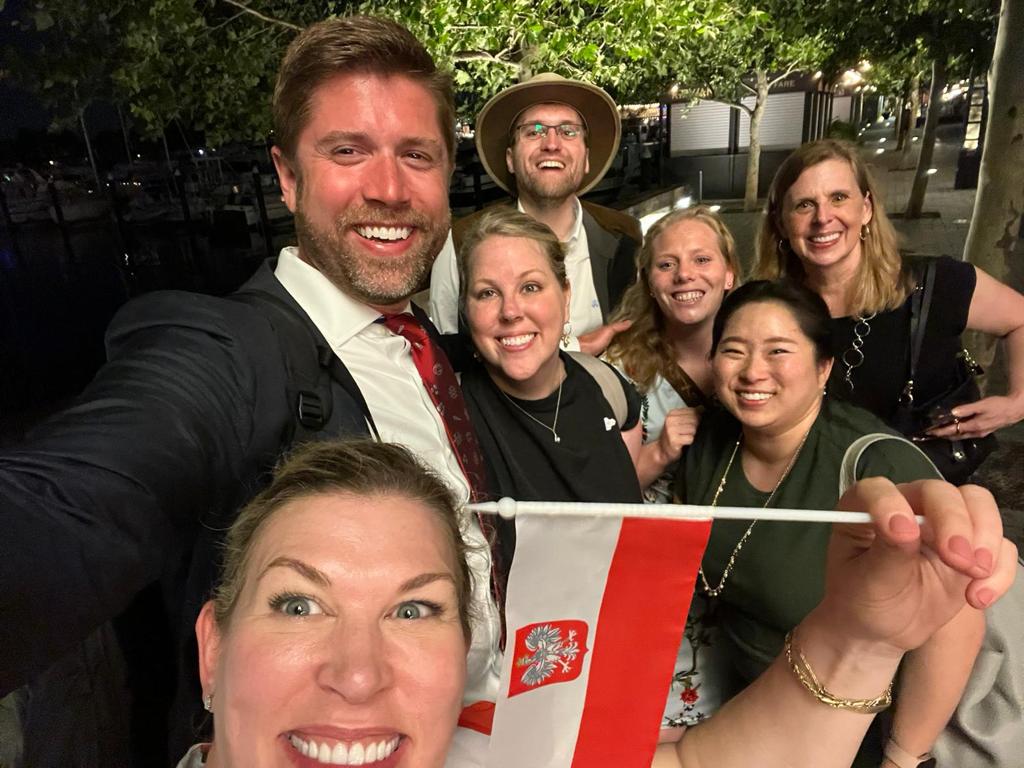 With the USFRA team in Washington, D.C.

It was a very fruitful and insightful time, as – similarly to the EU – the US is currently working on its next Farm Bill (think the US equivalent of the CAP). I left with clear insights for improving my policy work in the EU thanks to this time. 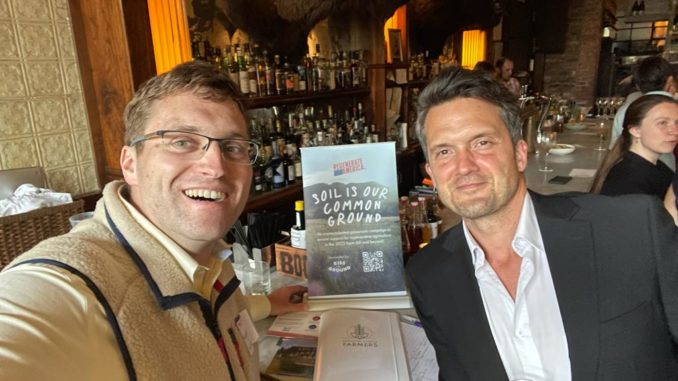 With Finian Makepeace from Kiss the Ground and Regenerate America

While in the US, I was blessed to meet with some of the most respected professionals working on putting farmers at the centre of climate change mitigation and adaptation efforts in a profitable way. One such encounter was with plant geneticist Joanne Chory. 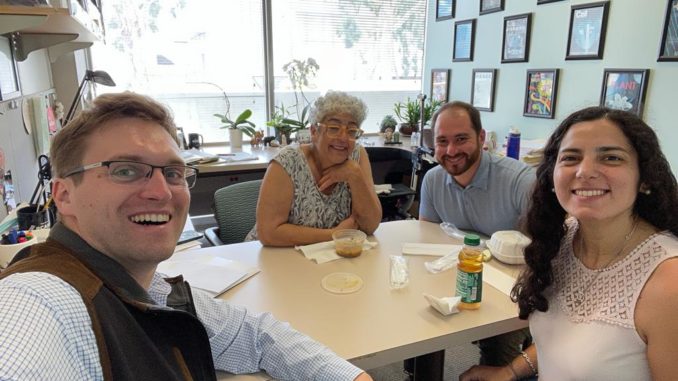 However, nothing will substitute a visit to the farm and speaking with farmers. It was a pleasure to meet with Trey Hill from  – one of the leading regenerative farmers and advocates in the US (see lead photo).

This is why I would like to end this letter with a request I made last year as part of the COP26 process and I continue making. Please visit a farmer – we are looking forward to receiving you to our farms and sharing our stories with you!