“With less than two months to go before a ban on Russian crude oil imports comes into effect, EU countries have yet to diversify more than half of their pre-war import levels away from Russia.”-International Energy Agency

“Europe’s gas inventories are in a strong position ahead of winter thanks to forced stockpiling, but cold weather in the EU or Asia could turn the tables, creating chaos in the LNG markets once again.”-Bank of America Global Research

The Freeport LNG export facility continues to be out until at least early November after a fire in June. When it does restart, it would return some 2 billion cubic feet per day to the market. Aside from that, however, experts told NGI that no other expansions of export capability are on the books for two years.-www.Oilprice.com

U.S. production levels are up just 200,000 bpd so far this year and up 600,000 bpd versus a year ago. WTI oil was down more than $6 per barrel since this time last week, erasing all the gains seen from last week’s OPEC+ production quota cut of 2 million bpd.-www.Oilprice.com 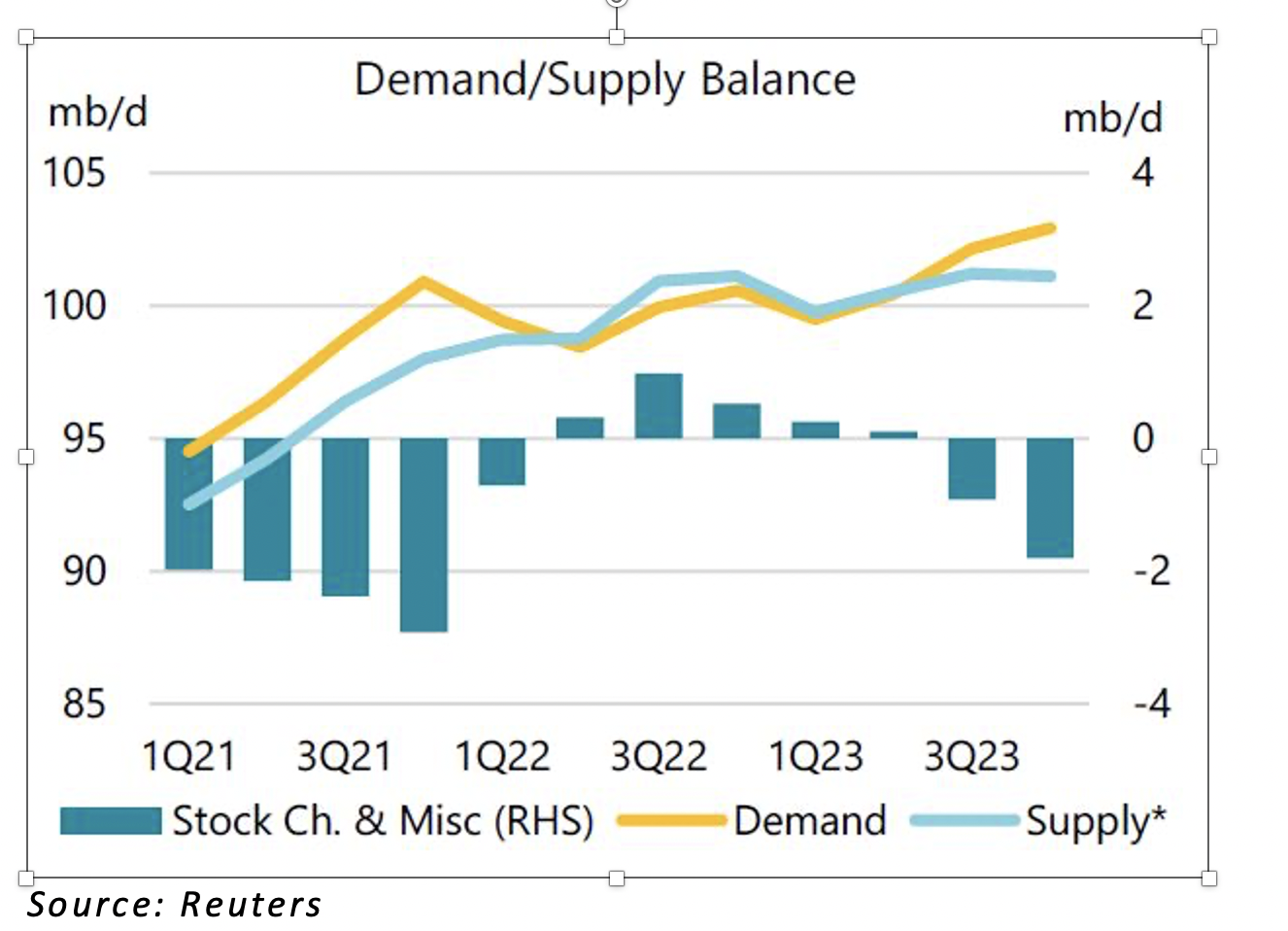 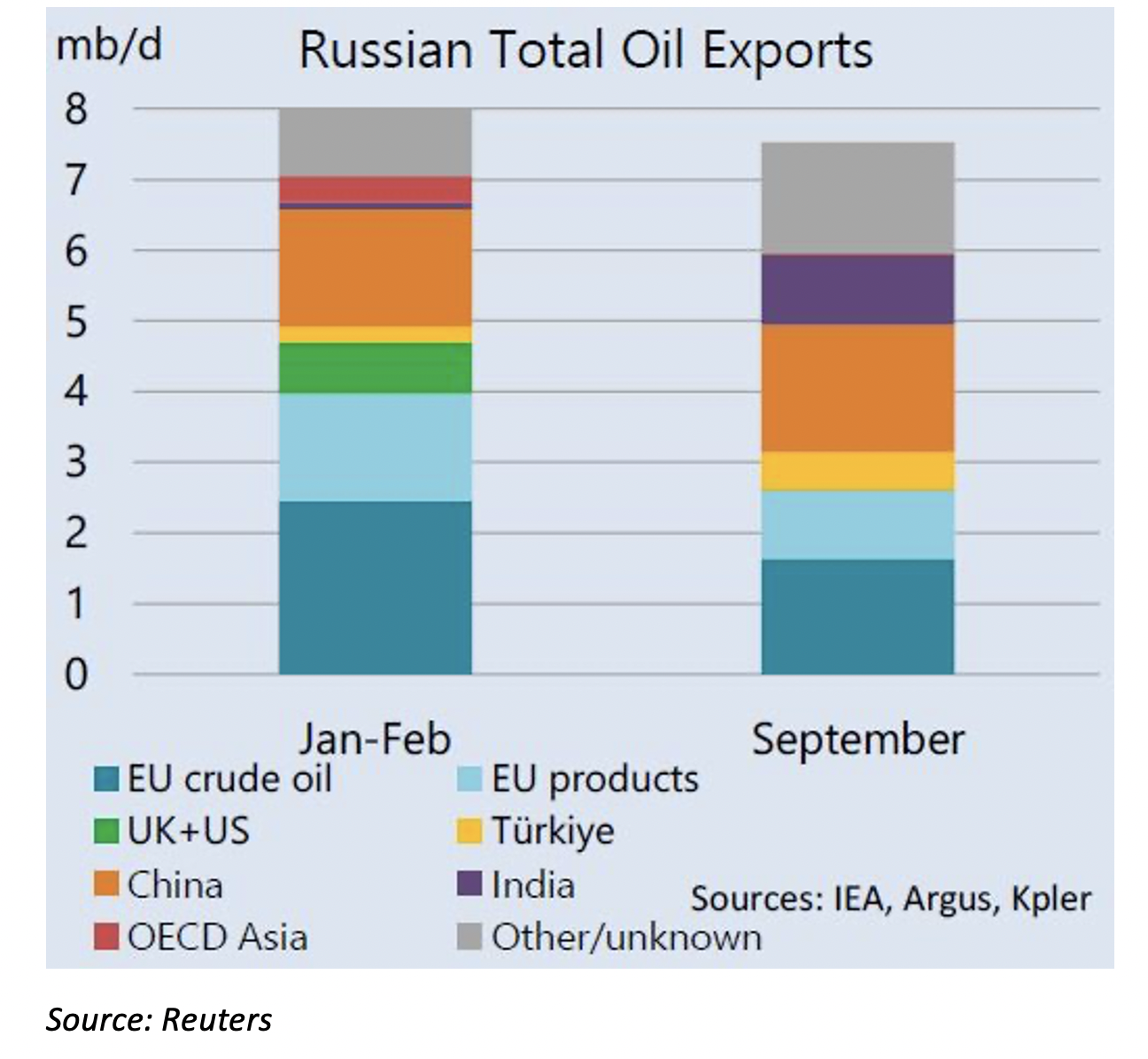 China’s bursting housing bubble will rock the economy for years