Marginalized communities and their ability to organize themselves towards a common goal would attest that even amid multiple crises, they can cultivate notable practices that produce and reproduce transformative pedagogies, especially for the young generation of learners.

These four (4) cases from Southeast Asia provide a material foundation for dynamic learning processes that amplify the central role of communities in developing emancipatory pedagogies attuned to their situation, context, culture, histories, and capacities. Their ground-based undertakings dare to challenge the mainstream educational paradigm extremely influenced by market and capital. These cases question where knowledge is truly generated, and how far have communities been recognized as the producers and builders of knowledge.

Their stories shed light on understanding the web of the learning process.

From migrants’ clinics to learning centres

The peoples of Burma/ Myanmar have been embroiled in decades of military power that has massively forced families from both urban and rural communities to leave their hometowns for safety from military assault or armed encounters between the military and ethnic armed groups. This phenomenon led to poor economic conditions which have dramatically affected not only the livelihoods of the local population but also children’s education.

Fleeing to the eastern border (Thailand side) and living in another country with only a handful of legal identity documents or none, even placed most of these refugees into deeper marginality, insecurity, and worst, statelessness.

Forced migration in the border areas has intensified particularly in Mae Sot, Tak Province, Thailand as violent conflict and unrest continue until today in Myanmar. The children suffered from innumerable problems such as food insecurity, poor education, and the absence of decent and safe shelter, which all provided uncertainty for their future. 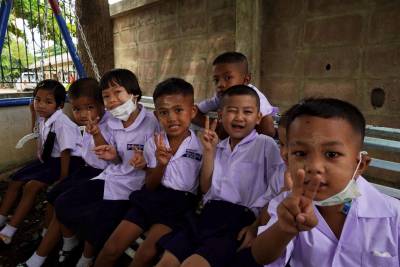 Nevertheless, with the initiative of community-based medical doctor Cynthia Maung and her team of volunteers in Mae Tao Clinic (MTC), the migrant learning centres since 1995 were gradually established to address the child protection issues of migrant children such as basic education.

MTC humbly began as a health service delivery organization that evolved into an umbrella social services network managed mostly by refugees or peoples in the diaspora who were displaced by conflict and poverty. MTC, through its Children’s Development Center (CDC), provides a comprehensive program with a holistic approach to child protection. What started as a daycare service for young children of migrant workers in Mae Sot, are now learning centres with basic facilities that provide diversified pathways for students to access accredited and standardized education and hands-on experience.

Although not accredited, CDC provides accredited education for its students through the Thai Non-Formal Education (NFE) and the Pre-General Education Development (Pre-GED) programs. This is in cooperation with Thai education foundations to help students achieve international high school level and thereafter qualify them to enroll in the university. The changing context in both Thailand and Burma also compels CDC to regularly update its curriculum to ensure it is congruent with the educational systems of both countries.

More importantly, MTC exposes these young learners in their formative years to medical practice that offers high value to community service and primary health care. In 1989, when healthcare workers including doctors and medical students started arriving at the border, coordinated medical pieces of training began which led to the pioneering formal medical training. By doing so all these years, MTC also functions as a training platform for medical theory and practice that responds to the persistently changing needs of the increasing border population.

Bakwit School as a space for a liberating education

The scarcity of basic social services such as health and education for Lumad (indigenous peoples of Mindanao) communities reflects the deficit of state support for people living in the Philippine countryside. The lack of education often renders these indigenous communities more vulnerable to corporate business interests and promises of development, as seen in the experience with the mining industry and corporate agribusiness plantations thriving on this island.

The establishment of alternative tribal schools of and for the Lumad is an attempt at responding to the incompetence of the state to provide a needs-based, culture-oriented, and liberating education- an education to help them develop critical consciousness. The alarming incidence of illiteracy among them and its precarious consequences also pushed the idea of establishing schools. It is also an assertion of Lumad children’s right to education. 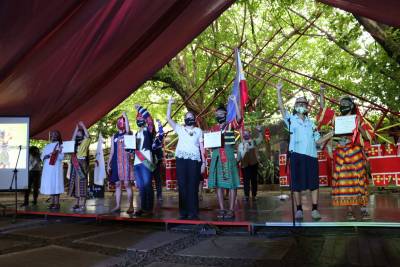 Lumad communities used to operate around 219 Lumad schools across Mindanao with support from religious, civil society groups, and activist organizations until it was forced to close down due to heavy militarization that forms part of the government’s counter-insurgency program. This propelled their exodus to key cities like Metro Manila with a mission to continue their education despite the constant threat they face.

Armed with the spirit to study further while opposing state repression, these young learners, the teachers, parents, and supporters, altogether established the Bakwit School, a refuge classroom that moves from one site to another to facilitate the staging of their protests and to ensure the security of participants. Under the Save Our Schools Network, churches, seminaries, universities, and colleges opened their doors for this alternative educational program.

The Bakwit School stands as a testament to the unyielding struggle of the Lumad not only for quality education but also to resist the continuing plunder of corporations and neoliberal development of their ancestral land.

This makeshift school also serves as a strategy for reaching out to spread awareness about the conditions of indigenous peoples in Mindanao. This is in the hope that more people will stand in solidarity with the Lumad to protect their ancestral domain.

Rooted in the urban poor land and housing rights movement in Metro Manila, the Sustainability and Participation thru Education and Lifelong Learning (SPELL) is a coming together of communities of learners that continuously sharpen and re-imagine the concept of education in a globalized and climate-challenged 21st-century society that promotes a neo-liberalized system of education. 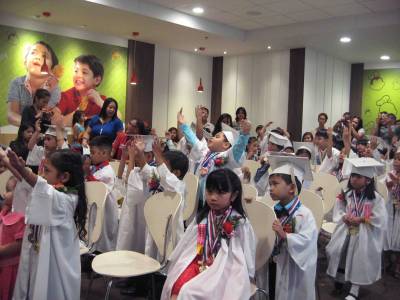 The journey for lifelong learning was started by communities threatened by demolition, particularly the mothers who were seeking a safe place for their children during mass actions against these demolitions. They collectively established and managed the Early Childhood Care and Development (ECCD) daycare centres which grew from 5 to 20 daycare centres.

These ECCD daycare centres are currently managed by the Parent Initiative for Social Awareness and Mainstreaming Advocacy (PINASAMA), a women-led grassroots organization that was closely linked to the organizing efforts against urban poor demolitions during the 1980s-90s.

SPELL assists 25 community-based learning centres situated in the barangays1) of Quezon City with high concentrations of urban poor households. Now running for more than three decades, SPELL has parents’ active involvement through PINASAMA. Teachers are organic community members who practice participatory decision making such as determining socialized tuition. There is constant knowledge sharing and materials development among these preschool teachers.

SPELL aims for “lifelong learning towards a culture of solidarity and resistance”. It believes in education that takes a lifetime- “from womb to tomb”. It posits that everyone is a teacher where education is framed toward peoples’ capacity development, contrary to the mainstream notion of education for human capital development that reduces people to capital goods.

The alternative pedagogy is founded on choosing what the community wants and needs. SPELL applies its quality education standards versus the prescription of government institutions such as the Department of Education and the Department of Social Welfare and Development. It strives to develop early literacy, writing, and numeracy versus the prescriptions of United Nations institutions (UNESCO and UNICEF). Before the COVID-19 pandemic, from having 150 students in the early days, the student population grew to around 1,000 with totally no funders or capital investors.

Active and innovative learning for the younger generation

With the dearth of hands-on training opportunities and socially-engaged education for the younger generation in Laos, especially for the rural communities, the Participatory Development Knowledge Agency (PAKA) emerged as a non-profit learning organization that promotes sustainable development through engaging young people in field-based active learning at different levels and contexts.

PAKA accepted the challenge to face the problems linked to climate change and poverty that affect the whole of Lao society. It began its operations as a vocational school in 2019. PAKA aims to “voice out the concerns and challenges faced by the people” by helping young people transform themselves to become future leaders in community development in Lao PDR (People’s Democratic Republic). 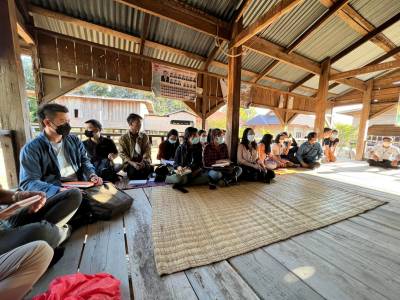 PAKA creates spaces for learning and knowledge sharing, so that students may eventually contribute to the government policy goal of graduating Laos from being a least developed country.

An innovative college model program is currently being piloted for five (5) years where theories are adapted in field practice in rural communities. Priming students to become community-based workers in their respective neighbourhoods, the curriculum integrates student community projects based on the needs of each of their communities.

Students spent three (3) months learning diverse themes such as volunteerism, leadership, gender in development, climate change and deforestation, agriculture and environmental issues, the importance of community consultation, media communications, project proposal writing, and project management. After this, students return to the field to conduct research and develop their projects with their communities. The program takes place in the four (4) provinces in Lao PDR.

In this pedagogical process, both students and trainers learn from one another. Students are asked to reflect on social realities, while trainers ponder on assessments from students to better their curriculum. Students are also encouraged to generate their own concepts out of this whole learning process that can later help them approach issues faced by communities.

Reinforcing People-to-People Solidarities towards a Regionalism from Below: Alternatives from Southeast Asia amid COVID-19. University of the Philippines Center for Integrative and Development Studies Program on Alternative Development. Quezon City. 2021 tinyurl.com/reinforcingp2pcovid

UP CIDS Public Policy Monographs: Towards a Peoples’ Alternative Regionalism: Cases of Alternative Practices in the Philippines. University of the Philippines Center for Integrative and Development Studies. Quezon City. 2020. https://cids.up.edu.ph/up-monograph/public-policy-monographs-towards-a-peoples-alternative-regionalism-case-of-alternative-practices-in-the-philippines-volume-1/