“Saudi Energy Minister Prince Abdulaziz bin Salman said ‘cutting production at any time’ was an option for OPEC+…Call it a price floor, the return of the OPEC+ put or, simply, a line in the sand. Whatever its name, Riyadh’s intervention indicates a preference to keep oil near $100.”
Javier Blas, Bloomberg Business

Russian crude exports have been on a downward trajectory this summer, falling to 4.6 million b/d in June and 4.2 million b/d in July, according to Rystad Energy estimates. In June, both Europe and Asia reduced purchases of Russian crude, while July exports to Europe increased slightly as the region prepares for an oil embargo set to take effect in December. At the same time, exports to Asia continued to drop, which could be explained by discounts proposed for Russian blends being less generous than before.

EU imports of Russian crude are expected to dwindle to just 600,000 b/d by December 2022 – a nearly 2.5 million b/d drop from the 3 million b/d before Russia-Ukraine conflict. Rystad Energy still expects that Russia will be able to redirect a significant portion of crude volumes – or 75% in the base case – to Asia and other markets.

The Central Bank of Russia expects the national economy to collapse by 7.5-8% year-over-year in third-quarter 2022 and by 10-11% in the fourth-quarter 2022. Russia will have to cope with a national economic crisis as well as source new markets for its oil and oil products when the EU embargo comes into force, Rystad said.
Oil & Gas Journal

Distillate fuel inventories decreased by 700,000 bbl and are about 24% below the 5-year average for this time of year.
US Energy Information Administration

US natural gas prices rose above $10 per million British thermal units for the first time since 2008 as America exports more liquefied natural gas to hungry markets in Europe and Asia.

Some 20 million households across the US — about one in six American homes — have fallen behind on their utility bills. It is, according to the National Energy Assistance Directors Association, the worst crisis the group has ever documented. Underpinning those numbers is a blistering surge in electricity prices, propelled by the soaring cost of natural gas.
Bloomberg Business 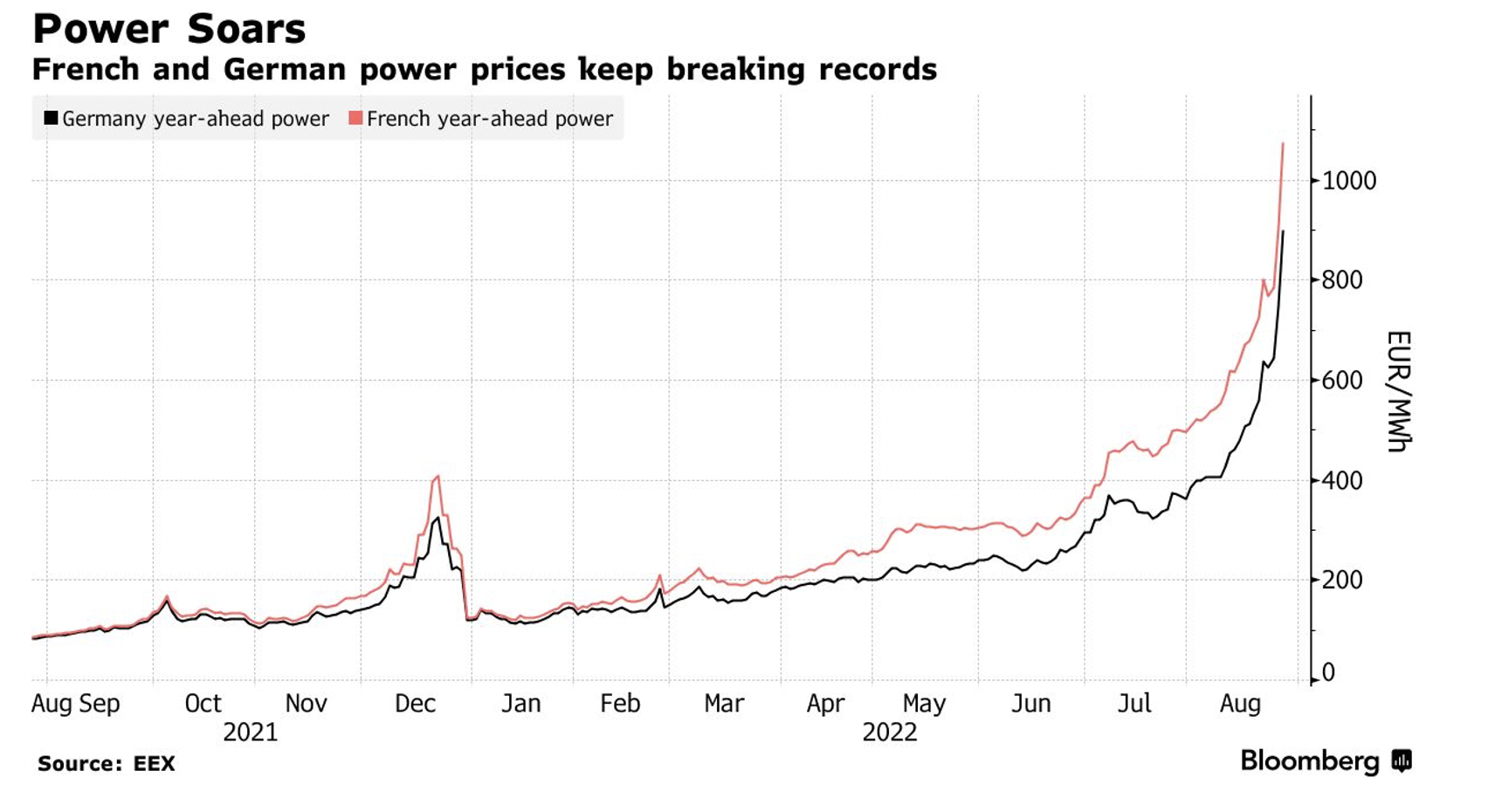 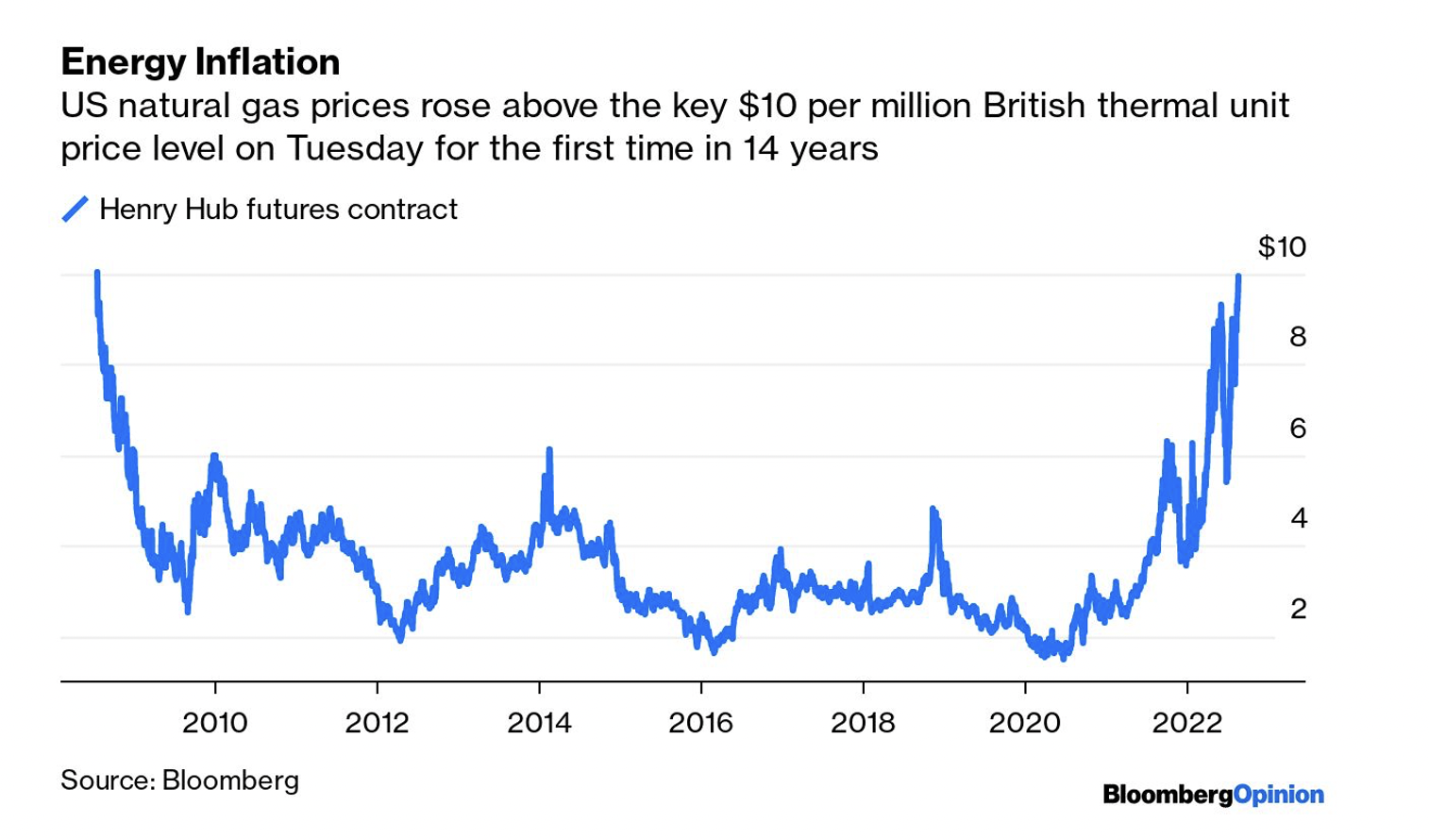 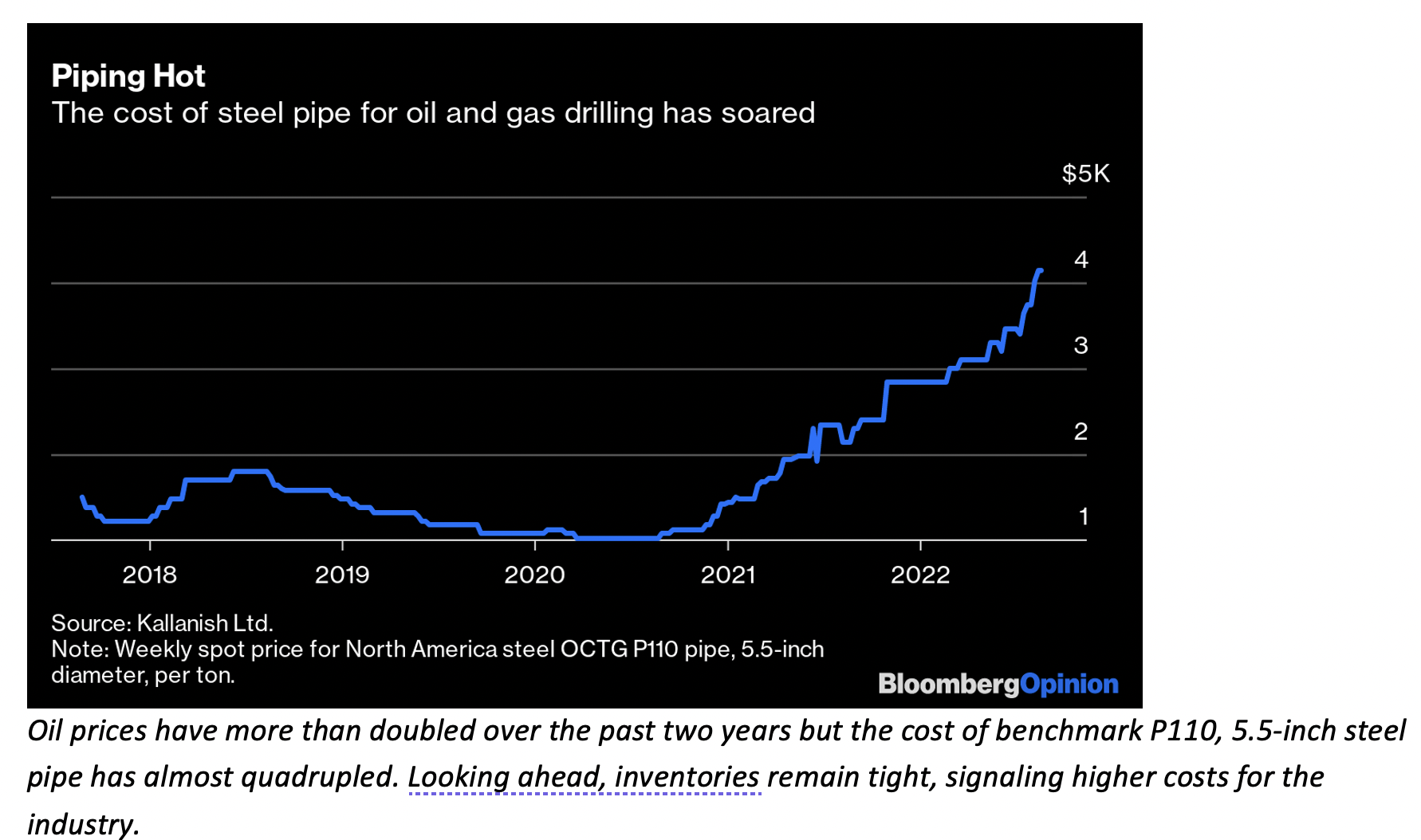 How much is power in Europe? It’s now equal to oil at $1,000 a barrel
Germany touts possible ‘major role’ for Canadian LNG in shift away from Russia
Bidding war between Asia and EU on who gets most USA LNG
Inspectors set to visit besieged Ukrainian nuclear plant

U.S. economy contracts mildly in second quarter; no sign of recession in underlying data
US shale could erase debt by 2024, freeing up cash for gas pivot

Democrats designed the climate law to be a game changer. Here’s how.

The First 100 Days – Alternatives to Kakistocracy -Government by the Worst