From a historic waterworks into a place for urban wild swimming, a community group in East London wants to buy up and rewild more than five hectares of concrete into a ‘brownfield rainforest’.

The site in Walthamstow is currently a fenced-in public works depot for car parking and storage by the River Lea. But the East London Waterworks Park project aims to show the power of an environment-first, community-led approach to land ownership to transform the way we think about green spaces.

Their plans for the former Thames water depot will open up a very different kind of water amenity to the community, with pools for wild swimming – something many urban dwellers are longing for as the UK prepares to bake in high temperatures again. The swimming ponds would be fed with rain water without adding stress on the local water systems, and will be cleaned by reed beds and aquatic plants. The park would connect up other green spaces nearby, generate its own power and improve biodiversity in the city. 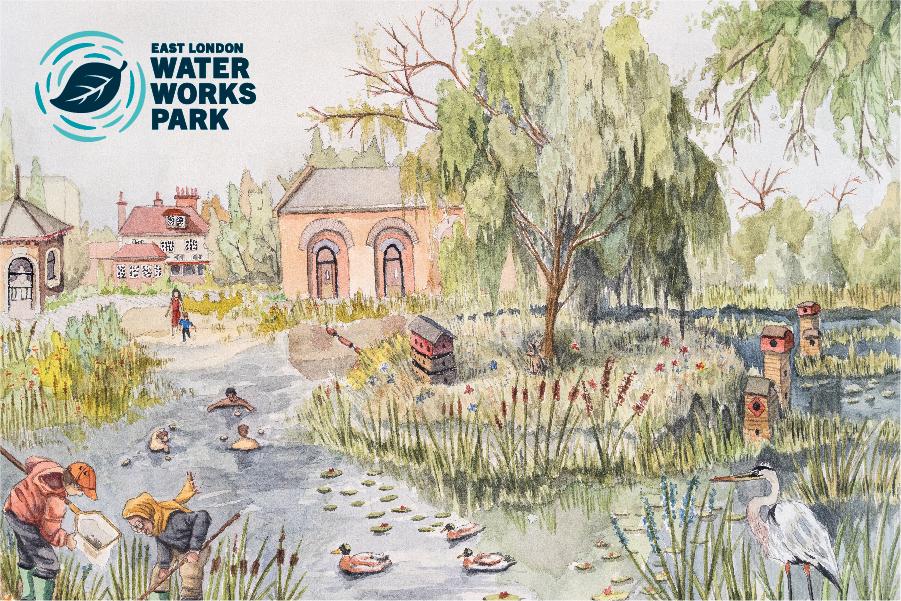 It’s not just about nature – it’s about community. Through opportunities to learn, grow, conservation volunteering and wild swimming, they plan to connect people with nature in new and tangible ways. And to reach beyond the usual audiences, the group has carried out a listening project with 12 communities often not heard in nature-based activities, to discover how to make their new green and blue space welcoming to all.

Who’s behind this ambitious community project? A steering group grew out of a public meeting of people concerned about the future of the site in 2019, including members of the Countryside Campaign and campaign group Save Lea Marshes. 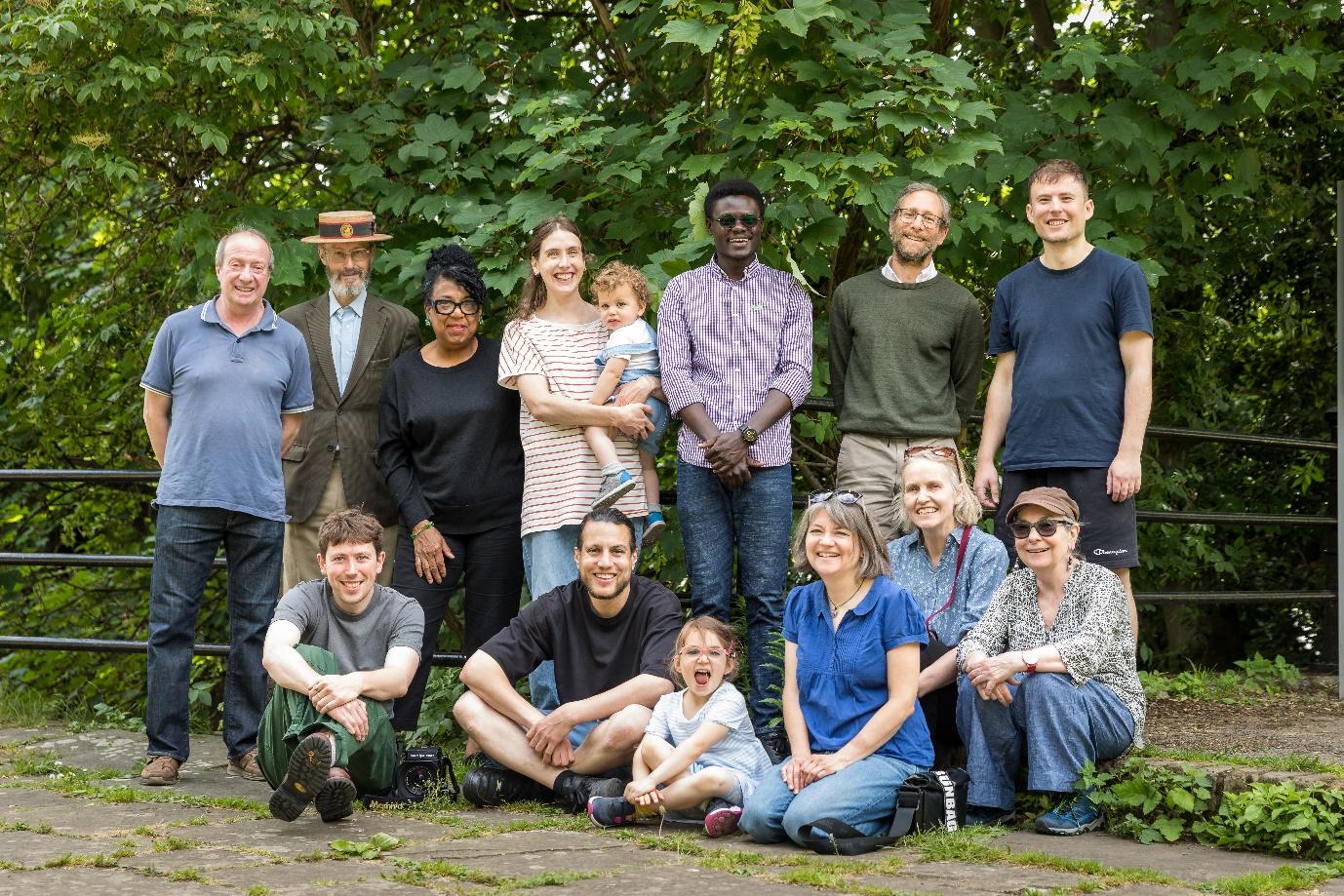 The local people driving the project have lots of different motivations for getting involved. Polly discovered the importance of access to green space during lockdown. She said:

“Our second floor flat fortunately had a small balcony, where I spent many peaceful hours potting, pruning and watering my plants. I don’t know what I would have done without this antidote to pandemic stress and I want to help make green space accessible for everyone, whatever the future holds.”

“The vision of rewilding what is currently a concrete slab near where I live drew me to the project in April 2021—during the lockdowns I took great pleasure in walking in the nearby filter beds and along the River Lea.  Since joining I have been blown away by the other aspects of the project.”

I believe passionately in this project because it is all about putting land ownership and control over land management back into the hands of the community, so that we can make decisions that benefit the environment and bring us closer together and closer to nature.

Nathan was interested in the stories we tell ourselves about what’s possible, both through books, movies and culture.

“I think popular culture could do with a lot more entertainment set in fictional worlds where we’ve solved, or at least, partially solved the climate crisis, to provide some imaginative visions to follow in the direction of, rather than the dystopian sci-fi that is abundant. East London Waterworks Park feels like an energised and ambitious pursuit of an imaginative vision to create a better world, at least on a local level.” 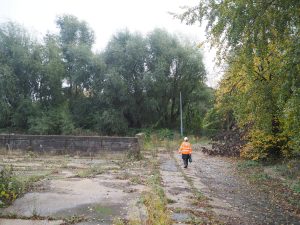 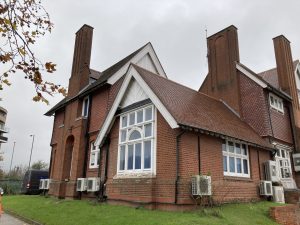 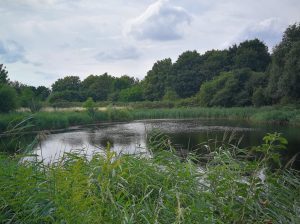 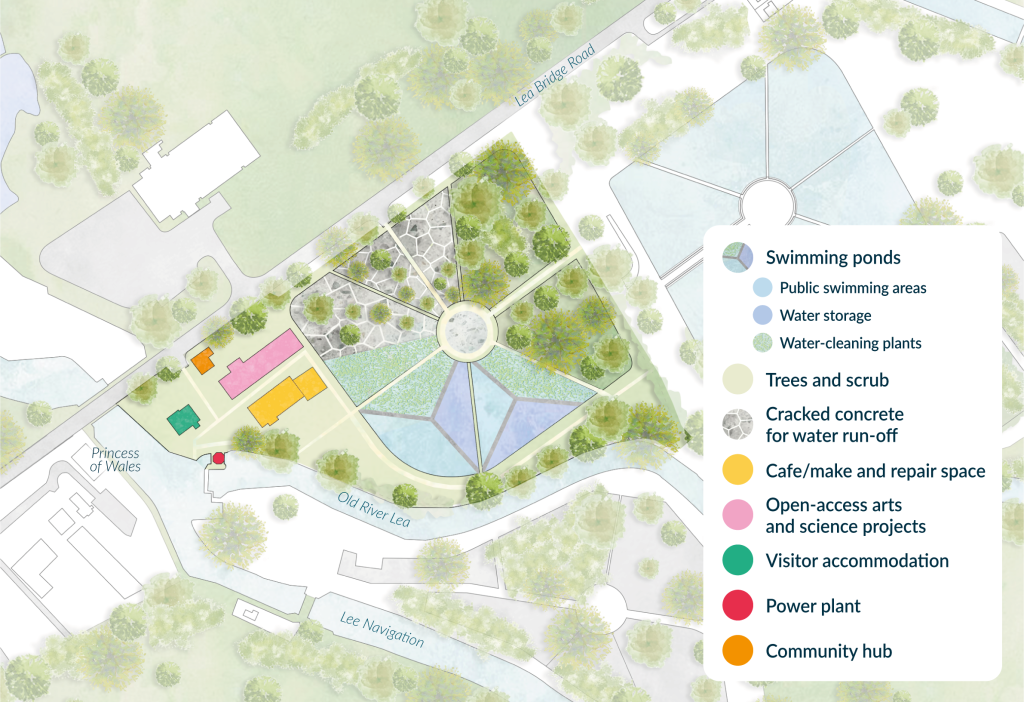 Captions  from top: 1. The group wants to rewild the concrete-covered site. 2. It’s home to some historic buildings and sheds which the project hopes to reopen for community use. 3. Victorian filter beds are part of the history of London’s water supply. 4. How the site could be laid out under the community group’s plans. Credits: East London Waterworks Park

Former Essex No. 1 filter beds are an important part of the history of the development of London’s water supply, and the project hopes to use the historic buildings to celebrate the local industrial heritage, for exhibition and meeting space for local groups and a low-cost café.

But the first step is to get the land into community ownership. It’s currently owned by the Department for Levelling Up, Housing and Communities, which has indicated its willing to sell, but the community must now raise funds through donations and grants to make an offer. They have launched an audacious crowdfunder to raise half a million pounds – to show the project has community buy in, which they hope will help them access larger sums for their community buy out. Their plan is that the park would be ready to open and start delivering benefits for nature and local people by 2029.

Another aerial view of the proposed East London Waterworks Park, which would connect up a series of green spaces. Credit: Jonathan Perugia