“Australia said on Monday it will decide whether to curb exports of liquefied natural gas (LNG) after a watchdog urged restrictions, warning one of the world’s biggest suppliers of the fuel could face a shortfall and soaring prices next year. The Australian Competition and Consumer Commission warned extra gas is needed to offset declining output at offshore fields that have long supplied the populous east coast, home to nearly 90% of Australia’s population…The ruling could affect fuel supplies and prices in 2023 for global consumers already roiled by gas disruptions due to the war in Ukraine.”-Sonali Paul and Renju Jose, Reuters

“There is no path out of economic oblivion for Russia as long as the allied countries remain unified in maintaining and increasing sanctions pressure against Russia, and The Kyiv School of Economics and McFaul-Yermak Working Group have led the way in proposing additional sanctions measures.  Defeatist headlines arguing that Russia’s economy has bounced back are simply not factual – the facts are that, by any metric and on any level, the Russian economy is reeling, and now is not the time to step on the brakes.”-Jeffery Sonenfeld et al, SSRN

U.S. distillate consumption has begun to fall in line with the deceleration in manufacturing activity. The volume of distillate supplied was down -0.4% in March-May compared with the same period a year earlier. Distillates are the most cyclically sensitive part of the oil market, so the business cycle slowdown is filtering through into lower fuel use, part of the market rebalancing process: 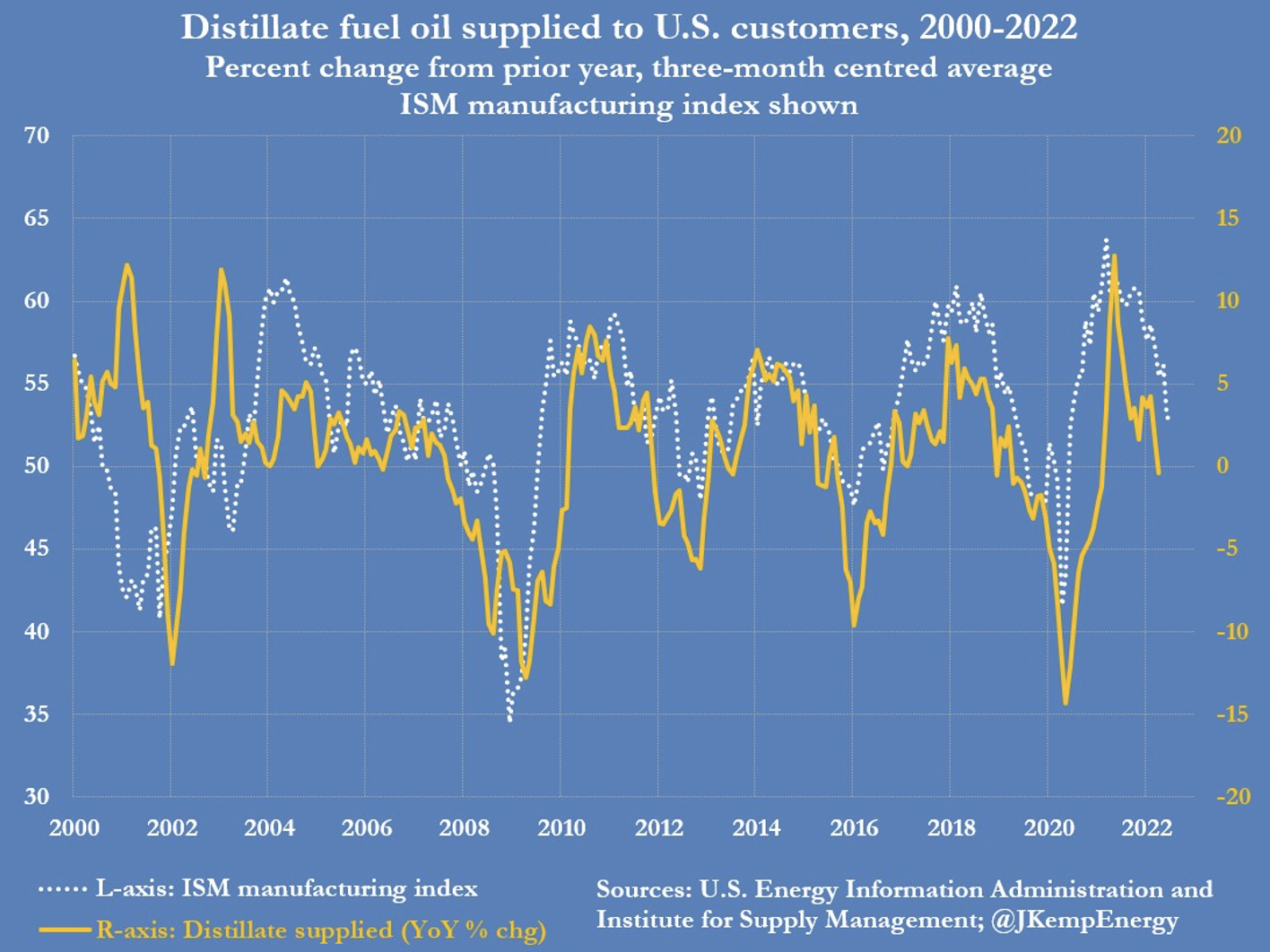 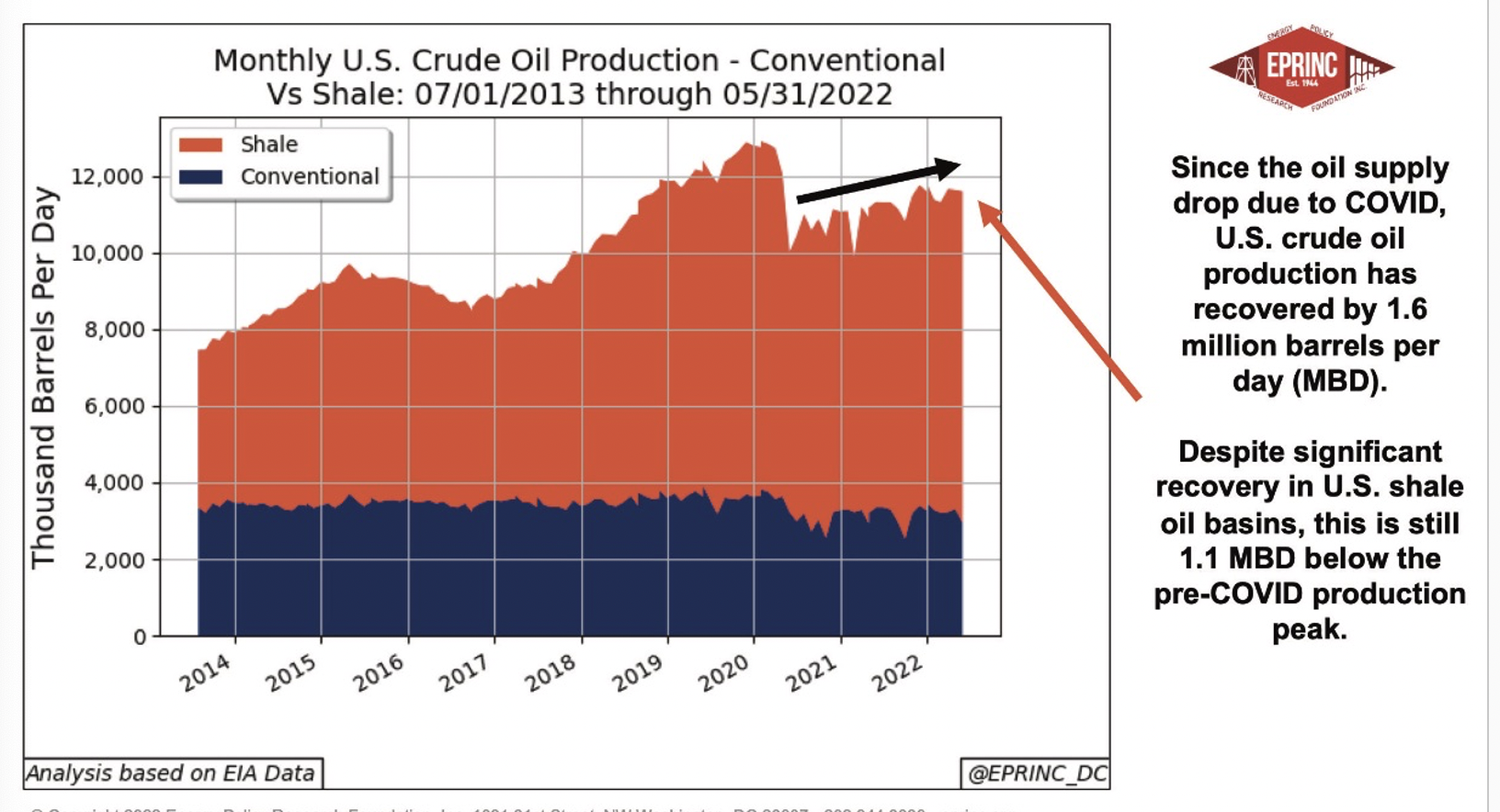 China starts construction of $22b expansion of transmission line network

Mapping the coolest spots inside the world’s sweltering cities
Can the world really “adapt” to climate change?