“Why don’t people dance in the street today?”

This is a line of serious inquiry posed by the authors of A Pattern Language. Researched and written by a team of six professors over eight years, the 1,000-page book is a comprehensive anthology of the 204 best patterns for organizing and designing space, spanning from the country region to the family living room.

I’m focusing mostly on the first 100 patterns, which address the public realm of region, city, and neighborhood. Delightfully easy to read, it’s opening my eyes to the power of pattern as an interpretative framework for understanding the city. While I’ve always had intuitions about what makes cities work or fail, the patterns in this book are helping me articulate those intuitions with more clarity and, in some cases, greater mathematical precision.

For example, I’ve always had a hunch that wide roads conducive to fast driving shouldn’t go through neighborhoods. A Pattern Language explains why with refreshing clarity. Here are some excerpts from pattern 14, titled “Identifiable Neighborhood.”

“A neighborhood can only have a strong identity if it is protected from heavy traffic. Donald Appleyard and Mark Lintell have found that the heavier the traffic in an area, the less people think of it as home territory. Not only do residents view the streets with heavy traffic as less personal, but they feel the same about the houses along the street.

More than helping me articulate why some design decisions succeed and others fail, Pattern Language is revealing two more subtle truths. First, that the design of our cities reflect not just the patterns we’ve chosen but also our values and a particular vision of human flourishing. Secondly, by focusing on the activity encouraged or discouraged by each pattern, the authors illuminate the powerful ways cities can shape the rhythm of our lives.

The rhetorical question about dancing comes from pattern 63, “Dancing in the Street,” which begins with a simple observation, followed by a straightforward question: “All over the earth, people once danced in the streets…why is it that people don’t dance in the streets today?” Here’s their succinct diagnosis: “Communities are fragmented; people are uncomfortable in the streets, afraid of one another; not many people play the right kind of music; people are embarrassed.” The solution?

“Where there is feeling for the importance of the activity re-emerging, then the right setting can actualize it and give it roots. The essentials are straightforward: a platform for the musicians, perhaps with a cover; hard surface for dancing, all around the bandstand; places to sit and lean for people who want to watch and rest; provision for some drink and refreshment…the whole thing set somewhere where people can congregate.”

What makes this pattern loveable, in my opinion, is the authors’ assumption that dancing in public is good, that humans need this kind of experience in their communities and that losing it is a problem in need of a remedy. In framing it this way, the authors say something about what’s necessary for human flourishing. We may not agree with them, but the point remains: All patterns communicate values and vision. Whichever pattern we choose, we’re saying something about what is most important in a city and what humans need to thrive.

It seems to me that this is what’s at the heart of all conversations and debates about cities. No matter if we’re debating missing-middle housing, highway expansions, and better public transit, what we’re really debating are values and vision. For example, our Safe and Productive Streets campaign at Strong Towns is rooted in a particular vision about streets: They are not just for moving cars, they are for generating wealth. It’s also rooted in certain values like beauty, financial responsibility, and respect for human life.

All meaningful change in our cities requires choosing better patterns, but, more importantly, it begins by rethinking the values and vision of life that are informing our imagination. 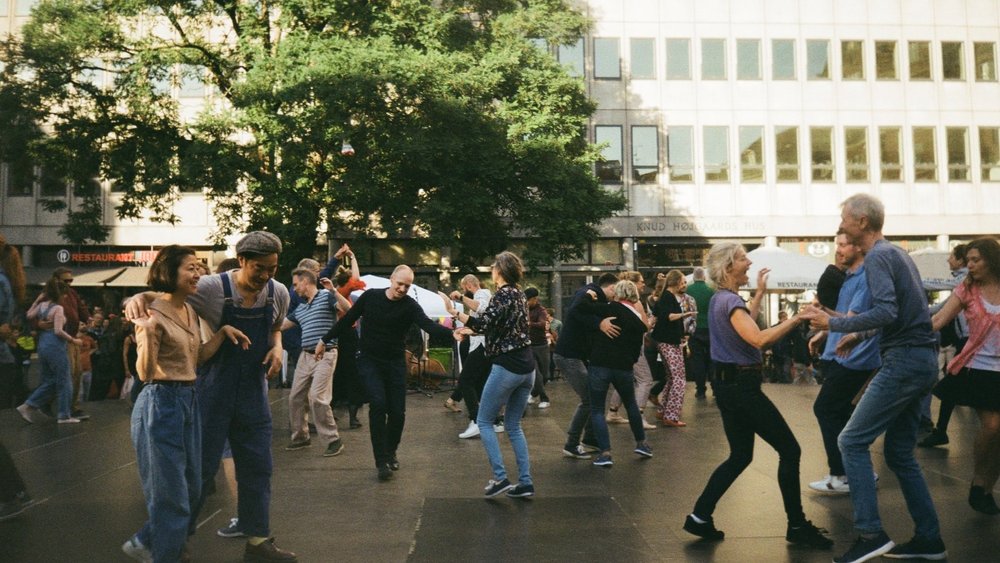 It’s impossible to talk about patterns of design in our cities without talking about the vision of life we want, and it’s impossible to talk about that without talking about the kinds of actions we want to be possible for people on a daily basis. Ultimately, our experience of a place boils down to the experiences we are able to have in that place and how accessible/connected they are. All of those experiences added up together and repeated over a consistent basis is what forms a rhythm or pattern of life. This is why it matters so much to take design so seriously: The patterns of our cities will shape the patterns of our lives.

I have experienced this deeply on a personal level. If you’ve followed my articles at all, you know I’ve been navigating an unexpected move from Brooklyn, New York, to Waco, Texas. The governing patterns between the two cities could not be more different and I’ve had to build a different life rhythm in response.

Brooklyn offered me four different modes of transit, dozens of neighborhoods and small businesses to explore, safe parks for walking or lounging, plenty of grocery stores in walking distance and several different places to find dancing on warm summer nights. In short, the design of the city unleashed different experiences that were accessible to me and well-connected to each other. I built a vibrant life pattern in response to these options: bike rides to the beach, slow walks through Prospect Park after a snow storm, happy hour at the local bar with live cumbia music, hours writing at a local pie shop, brunch with friends after church and popping into thrift stores on the weekends. Of course, life in the city came with trade-offs: train delays, high cost of living and noise to name a few, but all patterns come with trade-offs.

In Waco, life is much simpler and not as expensive. It’s easier to find people here who share my faith and core values, which was hard in the Big Apple. But when it comes to life outside the home, my life pattern basically revolves around one thing: getting into a car to drive to a predetermined destination, park, un-park, drive home, park again, and repeat. Yes, there are friends to see, dinners to host and lovely late-night reading sessions at the pub. I love all those things, but they’re all bookended by the drive, park, drive, park rhythm, making my life feel less like a spontaneous dance and more like a never-ending march.

Grasping the power of pattern allows us to examine our cities with different questions in mind, questions like: what kinds of patterns currently govern our cities? What values do they express? What kinds of actions and life rhythms do they facilitate? For example, do we want folks to be able to walk to a nearby café or pub on summer nights? Do we want children to be able to play catch in the street without worrying about trucks speeding around the corner? Do we want moms to be able to walk safely with their littles to the library or playground?

Once we get clear on a rhythm of life we want to unleash, then we can begin to choose the patterns to activate that vision. This might mean making some hard choices because all patterns come with trade-offs that must be respected in order for the pattern to work. This is the basic principle at work in the Strong Towns concept of the stroad. Stroads fail because they combine two patterns that fundamentally cannot be combined. In order for a road to work, it can’t have many entry–exit points or stoplights. In order for a street to fulfill the “street” pattern, it can’t be wide and conducive to speeding. We have to respect the pattern.

Returning to pattern 63, I want to focus again on the word “need.” It’s interesting to me that the authors see dancing in the street as meeting some kind of human need and this sensibility is consistent throughout the entire book. Humans, they seem to suggest, are complex beings with sometimes paradoxical needs. The cities we’ve inherited from the Suburban Experiment emerged at a time when space, privacy, and access to nature were urgent needs; privacy and convenience were leading values. These aren’t bad things, but it’s becoming more clear that this experiment has run its course.

The modern development pattern, with its car dominance, separation of uses, and minimal human visibility isn’t meeting other important needs like the need for embodied (not mechanized) movement, spontaneous exploration, and proximity to other people not in cars.

Yes, we need space, predictability, and convenience… Suburban design gets that. But humans also need cohesion, harmony, and beauty. We need to see and connect with each other. We need access to nature. We need to feel safe in the world. And sometimes, we just need to dance.

Somehow, our cities will have to find a way to meet these paradoxical needs and reconcile it with the suburban sprawl we’ve inherited. It’s a hugely complicated issue, but I think it begins first by examining the patterns we are holding to and asking ourselves if they will unleash the kinds of lives we want to inhabit.