The 1970s surge in ecological awareness saw many books published on our relationship with the natural world. ‘Food for Free’, by Richard Mabey, was published fifty years ago in 1972.

As a child it was a joy to be taken to country lanes to collect berries, in expectation of the sweet meal to come. This wasn’t an affectation; it was a traditional activity passed down generations of my semi-rural family. And when my parents bought a copy of ‘Food for Free’, I eagerly read it to learn more.

As I spent more time walking in the countryside I saw the plants pictured in the book, and so I began to snack on them. And from that process, I began to understand the crisis of modernity that Mabey describes in the book: 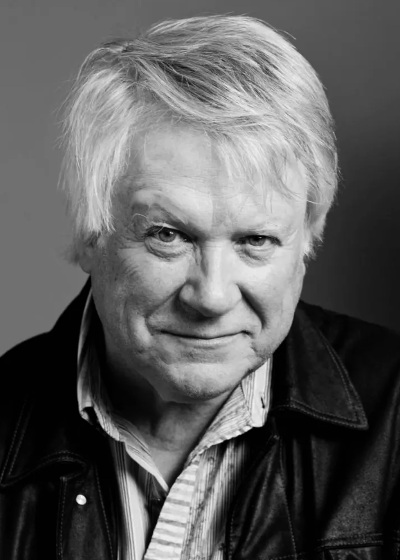 “The most natural looking foods are the ones that seem least-naturally desirable… This paradox is most marked in the modern supermarket, round whose fruit and vegetable sections I often used to stroll while writing this book, wondering gloomily if anyone could ever be persuaded to venture beyond those seductive shelves. Their contents seemed to epitomise healthy modern living… Yet it is difficult to believe that some of these products actually grow, so perfect are their proportions.”

Fast forward to today, where people are totally captured by the globalised food system, and that creates a ‘cost of living’ food crisis. People have been severed from the land by ‘progress’, and their tastes and expectations corralled by the boundaries of that exploitative process. 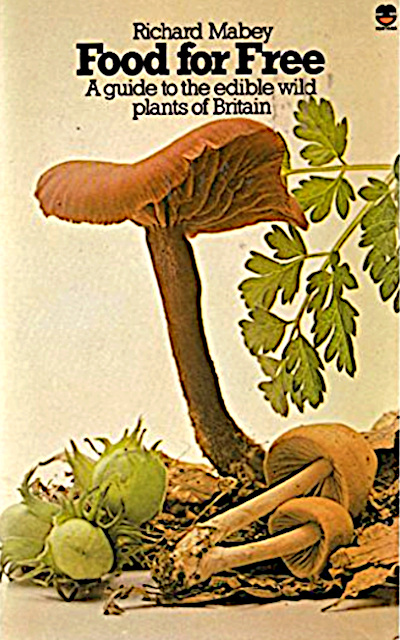 First paperback edition, 1975 (the version I first read) – from which all the quotes in this review are taken.

“The first time I was offered a whole dish of wild vegetables I was frankly scared. The plant was marsh samphire, a skinny little succulent that grows abundantly on saltings. It lay on a plate, like a mound of shiny green pipe-cleaners, and I went through all the usual anxieties one experiences when confronted with an unfamiliar food… When caution was eventually abandoned for the sake of science, the taste, needless to say, was a revelation.”

The book has been revised a number of times since 1972. In some ways that radical vision of 1972 has been softened, and recent editions are less critical of consumer culture. But still, the central idea remains:

“I wrote this book because it seemed sad to me that this enormous storehouse of free, wild food is now all but ignored, and that the ability to capitalise on it is in danger of vanishing from popular knowledge… There are at least 320 wild food product growing in this country, 130 of which are common throughout the British Isles. ‘Food for Free’ is about these plants, and how they have and can still be used for food. It is a practical book, but… It would be foolish of me to pretend that there are any pressing economic reasons why we should have a large-scale revival of wild food use.” 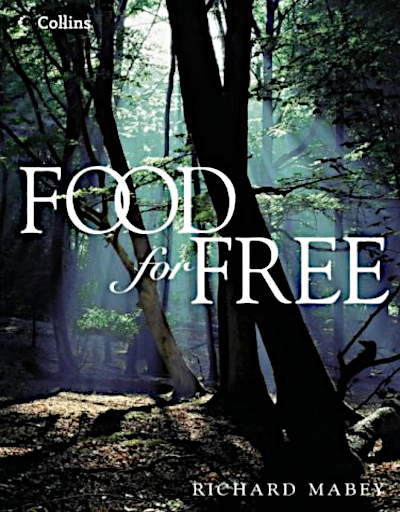 That tempering of expectation with reality is important. There is significantly less ‘wild’ countryside around since Mabey wrote the book. Likewise, the law, and the machinations of land access, have changed too. Today people are even more remote from the land, reinforced by the unchallenging, status quo position of shows like ‘Countryfile’, or allegedly radical ideas like ‘rewilding’.

The crisis Mabey described fifty years ago has metastasised, to become the crisis of complex global food supply chains – and why, once again, wild food may be called upon to help ameliorate the collapse of that system:

“By the Elizabethan era, the range of wild plants and herbs used and understood by the average housewife was wide and impressive… but like so much else, these old skills and customs were eroded by industrialisation and the drift to the towns. If the knowledge of how to use them was fading, the plants themselves continued to thrive… in woods and hedgerows… Then some crisis would strike conventional food supplies, and people would be thankful for this persistence… It was the two World Wars, and the disruption of food supplies that accompanied them, which provided one of the most striking examples of the usefulness of wild foods.” 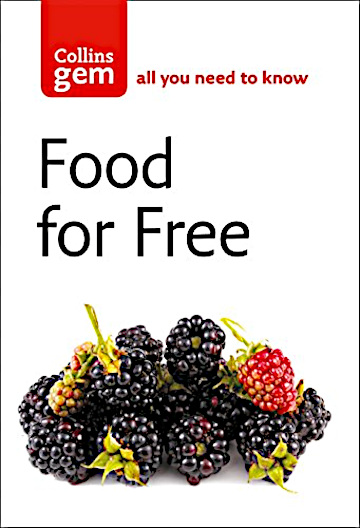 Revised pocket edition, 2012 – which I highly recommend for those starting forgaging, without the need to splash out a lot of money for the much large ‘picture books’.

The conservation lobby has an uncritical blind spot for the damage wrought by modern agriculture; compared to which the impact of foragers is minimal. They do not perceive the need to make nature integral to our everyday lives rather than isolate it behind restrictive laws and higher fences.

“I know there may be some people who will object to this book on the grounds that it may encourage further depletions of our dwindling wildlife. I believe that the exact opposite is true. One of the major problems in conservation today is not how to keep people insulated from nature but how to keep them engaged more closely with it… The most complex and intimate relationship which most of us can have with the natural environment is to eat it… Far from encouraging vandalism, it helps deepen the respect for the interdependence of all living things.” 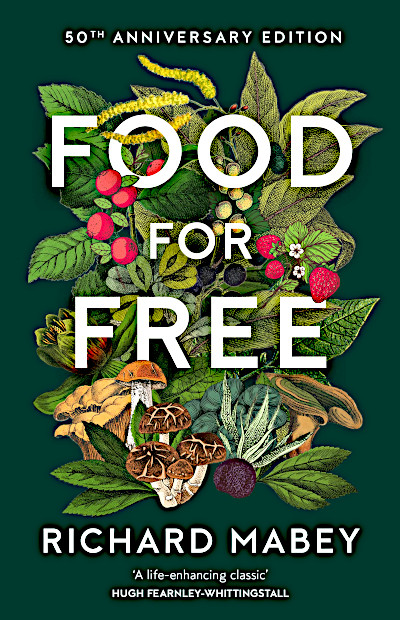 I would agree that wild food is too often portrayed – perhaps as a result of this book – as ‘free’ food. In reality, to successfully harvest wild food you must understand and read the landscape, and spend a lot of time perfecting that skill. Inevitably, that time outdoors changes you as a person, not just your diet.

Fifty years after its publication ‘Food for Free’ still stands as the progenitor of the modern preoccupation with wild food; but too often its radical message has been lost in the desire for that ‘wild’ consumer experience. Though added to by many similar books since, and more recently by practices such as ‘bushcraft’, it remains one of the most comprehensive manuals on foraging, and its deeper message is even more relevant today.