“We have at least four crises, which are interwoven. We have high inflation … we have an energy crisis… we have food poverty, and we have a climate crisis. And we can’t solve the problems if we concentrate on only one of the crises.” German Vice Chancellor Robert Habeck, at the Davos Economic Forum 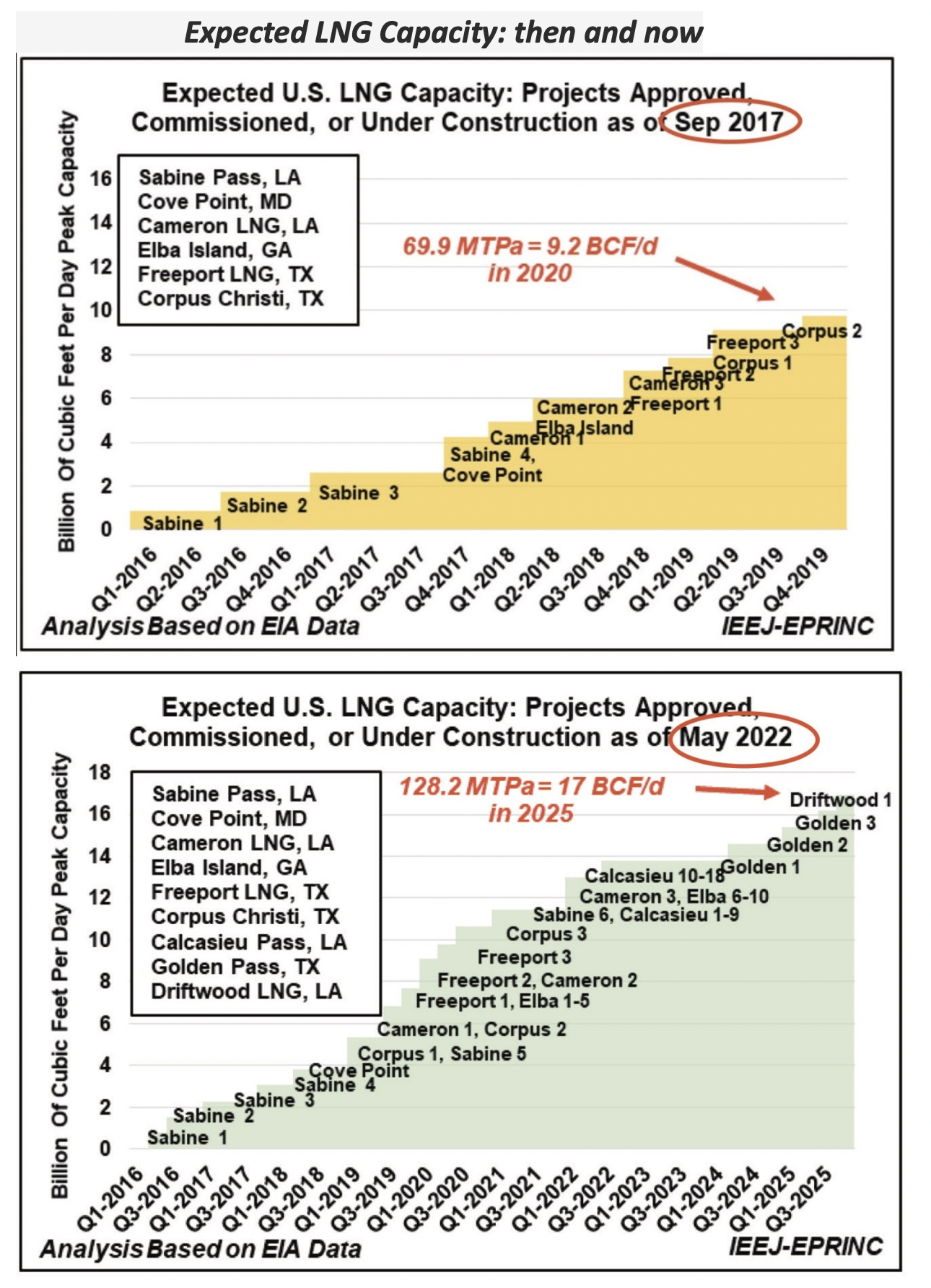 Natural gas tops $9 in US as supply crunch concerns mount
Oil climbs as report shows tightening US gasoline stockpiles
ExxonMobil selling shale assets for $750MM
Rystad: oil and gas investment to rise 20% in 2022
AAA on gasoline prices: nowhere to go but up?
US drivers begin to balk at record gas prices
EIA US natural gas storage report likely to post the widest deficit yet for 2022
FID for $13.2B Louisiana LNG project

Russia ready to set up the corridor for ships leaving Ukraine with food, with conditions
Russia’s whipsaw week ends with default clock ticking

China’s bet on homegrown mRNA vaccines holds the back nation
China economy worse off in some ways than in 2020, Premier says
China industrial profits fall as lockdown pain spreads

Most of U.S. West is in severe drought as peak wildfire season looms