A disused but valued patch land is being transformed into a forest garden providing food, herbs and building materials for the local community. Rob Hopkins chatted to Anita, Helen and Steve from Transition Town Wellington who are behind the project, to hear how a £3,500 seed funding from Transition Bounce Forward helped them craft a new vision with local people for the neglected but historic site.

We hear a lot in climate science about ‘positive feedbacks’, how one thing leads to another which leads to another. We have become used to assuming the term means things getting worse and worse, but what if we were to start using it more to describe good things leading to more good things leading to more good things? Like in Wellington, a small town on the Somerset-Devon border where the Transition Town group’s work, as they like to say, represents “hope with its sleeves rolled up.”

I spoke to their Chair, Anita Roy, their Treasurer, Helen Gillingham, and self-described ‘general dogsbody’ Steve Saunders to find out more. The group began in 2008, inspired by The Transition Handbook; its first event was a screening of The Power of Community. They organised many events and projects but often it felt like “slogging up a hill”, as Helen put it. Things started to change about four years ago – around the time the IPCC report came out, XR got underway and school strikes exploded around the world. Suddenly it felt like there was wind in their sails. More people began to get involved; volunteer numbers – especially for the community gardening group – grew, and the scale of their projects matched the pace. 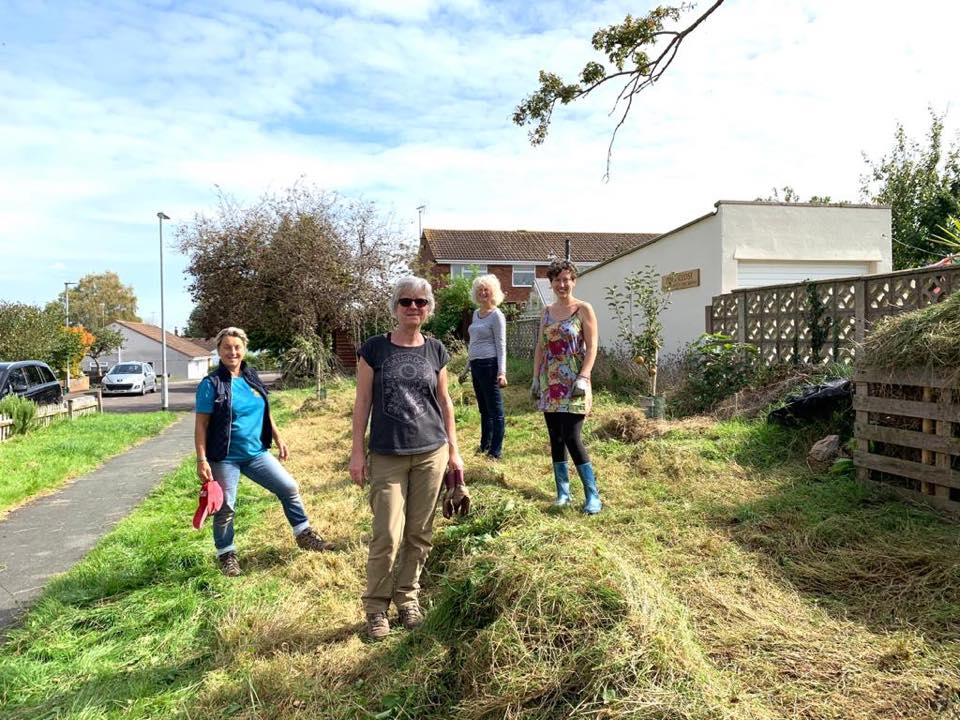 The group had looked after a number of green sites around the town – planting herb beds, fruit bushes and trees. In 2016, they were approached by a group of residents, asking for help looking after a small strip of land – little larger than an allotment – tucked in between some houses. Now planted up with apple and plum trees and a gorgeous mix of perennial wildflowers, ‘Post Close Community Orchard’ is thriving.

Building on that success, the council asked them to manage a considerably larger patch – an overgrown strip of land alongside the railway track that the group dubbed ‘Longacre’, for reasons that don’t take much figuring out. Aided hugely by the fact that Helen is, as Anita describes her, “the world’s best community engager”, local residents’ views were incorporated into the design and, three years later, gone are the brambles, the nettles, the fly-tipping. Instead, there’s a pond, insect habitats, wildflowers, pathways, over 100 fruit trees and bushes all thanks to more than 50 people who volunteered their time, tools and muscle power to this make-over.

Meanwhile, the local community was getting concerned about the future of another beautiful open, green, semi-wild piece of land across town, adjoining the Grade 2* listed Tonedale Mill. The textile mill was set up in the mid-18th century by the Fox family (so the field is known as ‘Fox’s Field’). At its height, the mill employed more than 3,000 people, and was hugely important to the town’s character and history. The mill, which is currently owned by a private company, is now pretty much derelict. 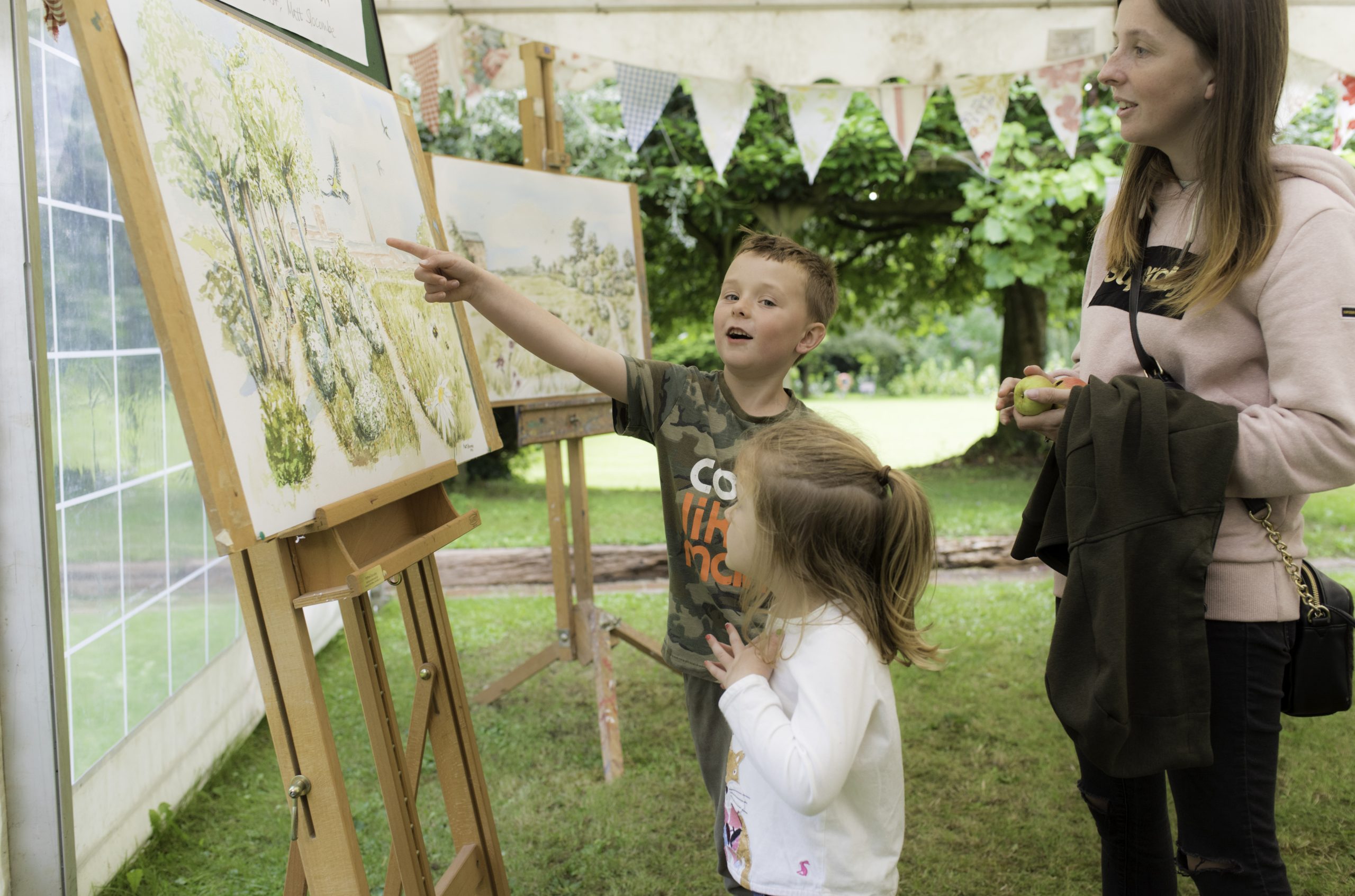 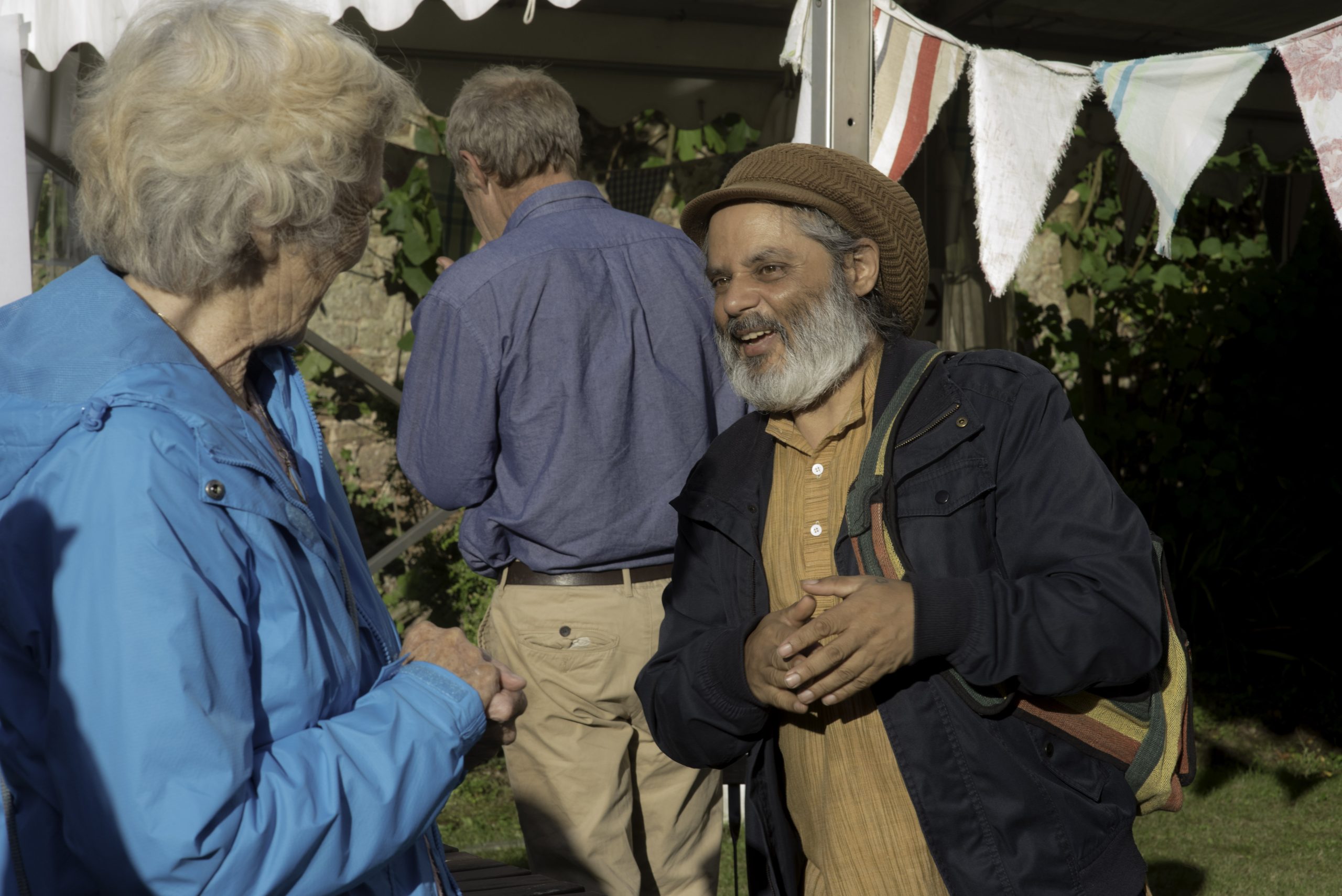 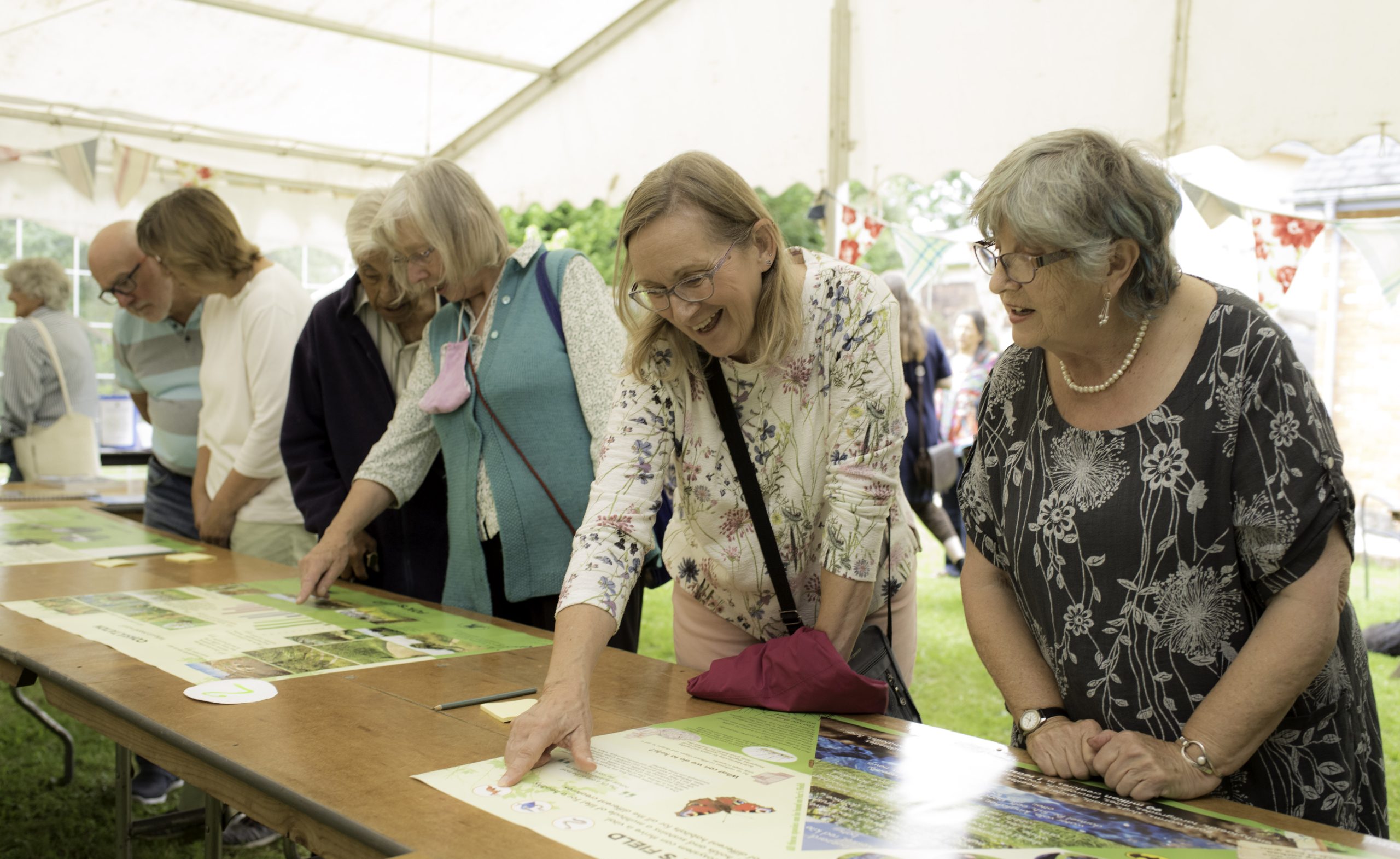 When Fox’s Field was bought by the local district council, they began working with Wellington Mills Community Interest Company and the Transition group to come up with a plan. Transition Town Wellington applied for Transition Bounce Forward Seed Funding to turbo-charge their community engagement about the future of the field “it couldn’t have come at a better time,” Anita says.

The funding enabled the team to get leaflets to almost every house in Wellington, to print posters and put ads in the local paper. They ramped up social media and sent invitations by every means they could. “We needed to include pretty much everyone in Wellington,” Helen told me, “because Fox’s Field means so much to the whole town.” It was a big step up from Longacre, which was in itself a big step up from Post Close.

Like everyone else, because of Covid, the team had to skill themselves up on how to use Zoom – and they were inspired and encouraged by the What Next Summit which ran around that time. “We quickly learnt from the Transition Network team how to make online events fun and participatory,” says Anita. “It worked amazingly well – and we held our first two public consultations online.”

The seed funding also enabled five members of the team to do an intensive forest gardening design course online with ‘Rootsman’ Rakesh, of Roots n Permaculture. Their vision of a forest garden on Fox’s Field slowly took shape. For the third public meeting – this time in person, in August 2021 – Rakesh  visited Wellington and gave an inspirational and informative talk on the principles of forest gardening. The team put together huge information boards so everyone could understand the thinking behind the design ideas, and give their feedback. People, it became clear, wanted a place that was:

·       a place of materials and resources for making

All while also preserving and enhancing the site’s biodiversity and in harmony with its historical setting. 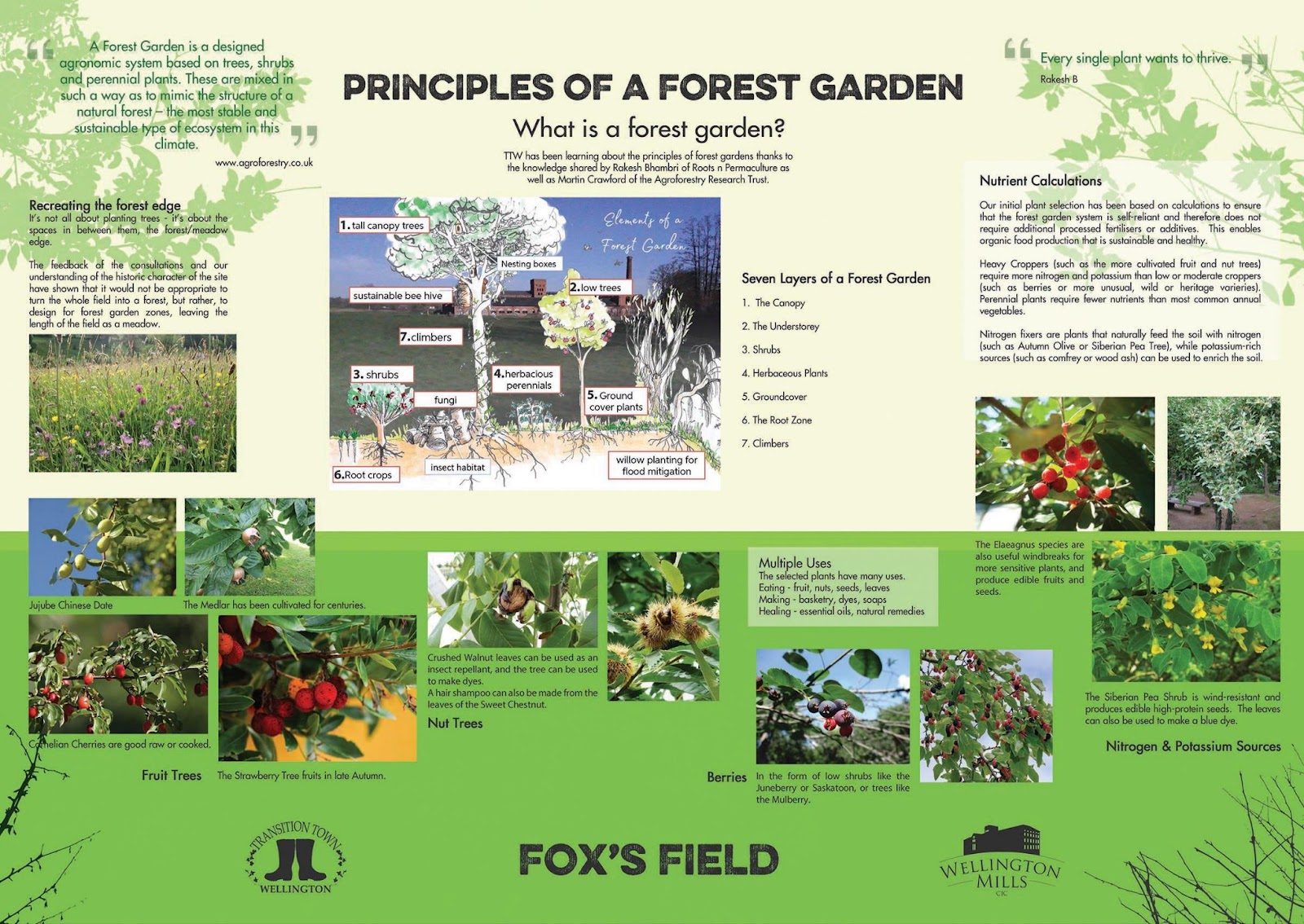 One of seven information boards, designed by TT Wellington for the public meeting in Aug 2021

It is now spring – and the forest garden has 350 young trees and bushes, planted and mulched by teams of volunteers (and their children and dogs!). Buds are bursting. Fruit trees are beginning to blossom.   Everyone is working together to enable the field to become part of, as Anita puts it, “a truly transformational, hopefully landscape-scale, regenerative agriculture, wildlife corridor, bloody paradise gorgeous place.”

And in fact, it’s already well on its way. Encouraged by the success of Fox’s Field, the district and town councils have just bought a massive 63.5 acres of land to create a green corridor – including a community farm, wildlife habitats, more hedgerows, cyclepaths, a sports pitch, and extended allotments. “Everyone’s now thinking much more in terms of whole systems; it all feels much more joined-up”, Helen says. 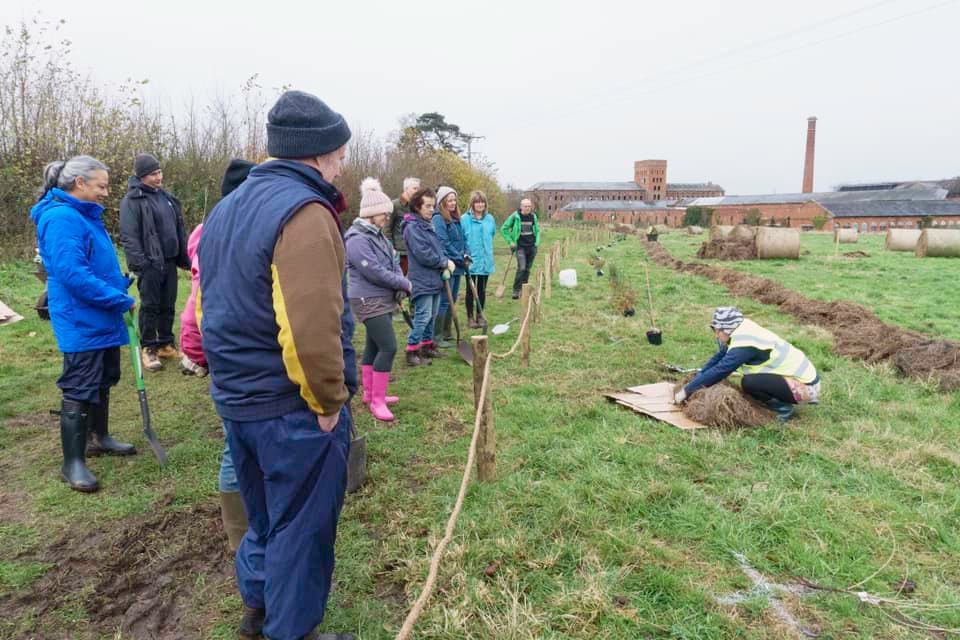 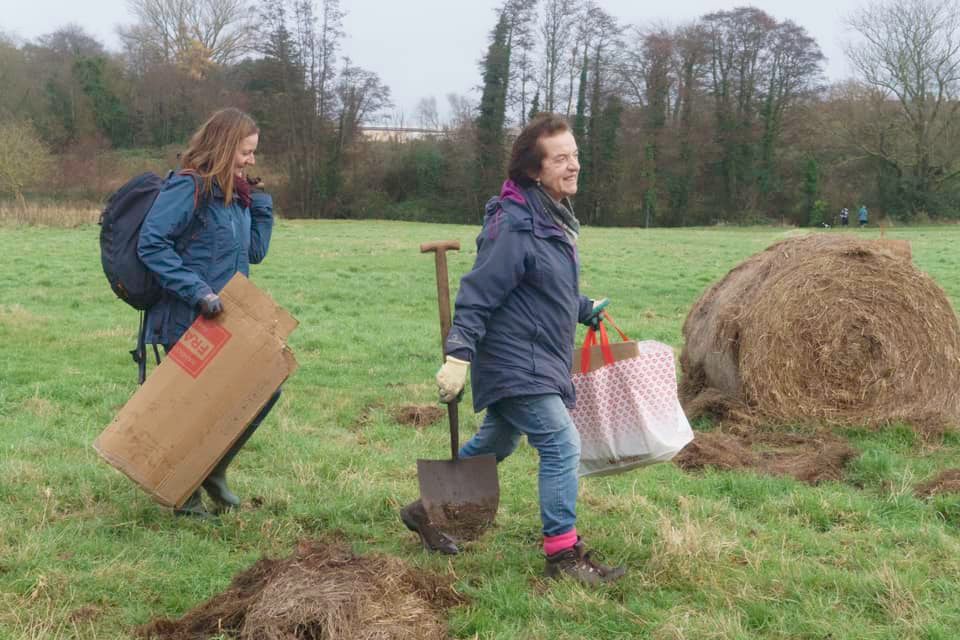 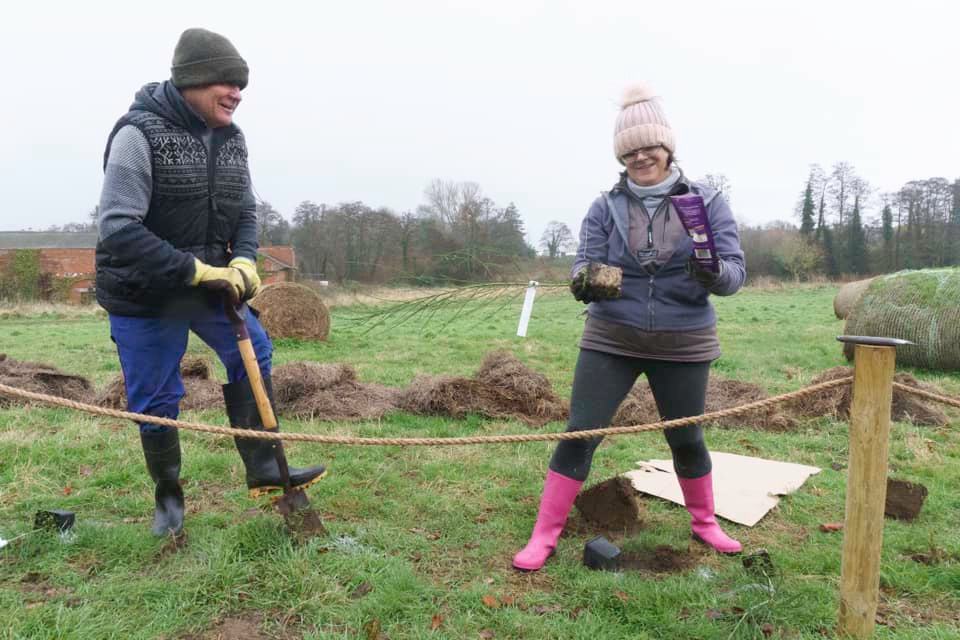 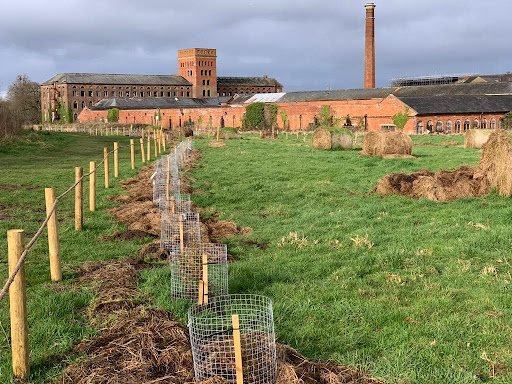 Volunteers have been planting trees and shrubs for the Forest Garden since December 2021.

It is clear the Seed Funding made a huge amount of really impactful work possible. So what’s their advice to groups thinking of applying in the next round? Helen said:

“Sometimes people look at us and seem to imagine we are a massive group with huge knowledge and experience. But we’re not! You only need a few people to lead on projects and then a lot of people who are willing to help and to fit that in around their work. We have the passion and the drive to keep going, even when it feels like we’re hitting a stumbling block, we’re not going to give up at the first hurdle. You can do a lot with even just a couple of other people!”

There are a number of things that can be learned from TT Wellington’s approach: start small and demonstrate your impact, then next time take a step up and do a bigger project. They got community involvement and support by doing real community outreach: speaking to neighbours, putting up posters, putting flyers through doors, getting people involved in the design of new projects and spaces. And finally they built a positive relationship with your local council, showing them what you can do with a small piece of land which opened the door to working with them on bigger projects.

Margaret Mead’s famous quote, “Never doubt that a small group of thoughtful, committed citizens can change the world; indeed, it’s the only thing that ever has”, never felt more relevant than when talking to Transition Town Wellington.

If positive feedbacks can be the way we describe how the world unravels and declines, perhaps it’s time we started using them as a way of describing what is so evident in Wellington: that self-reinforcing expansion of confidence and sense of what’s possible that comes from seeing real people creating real change on the ground. 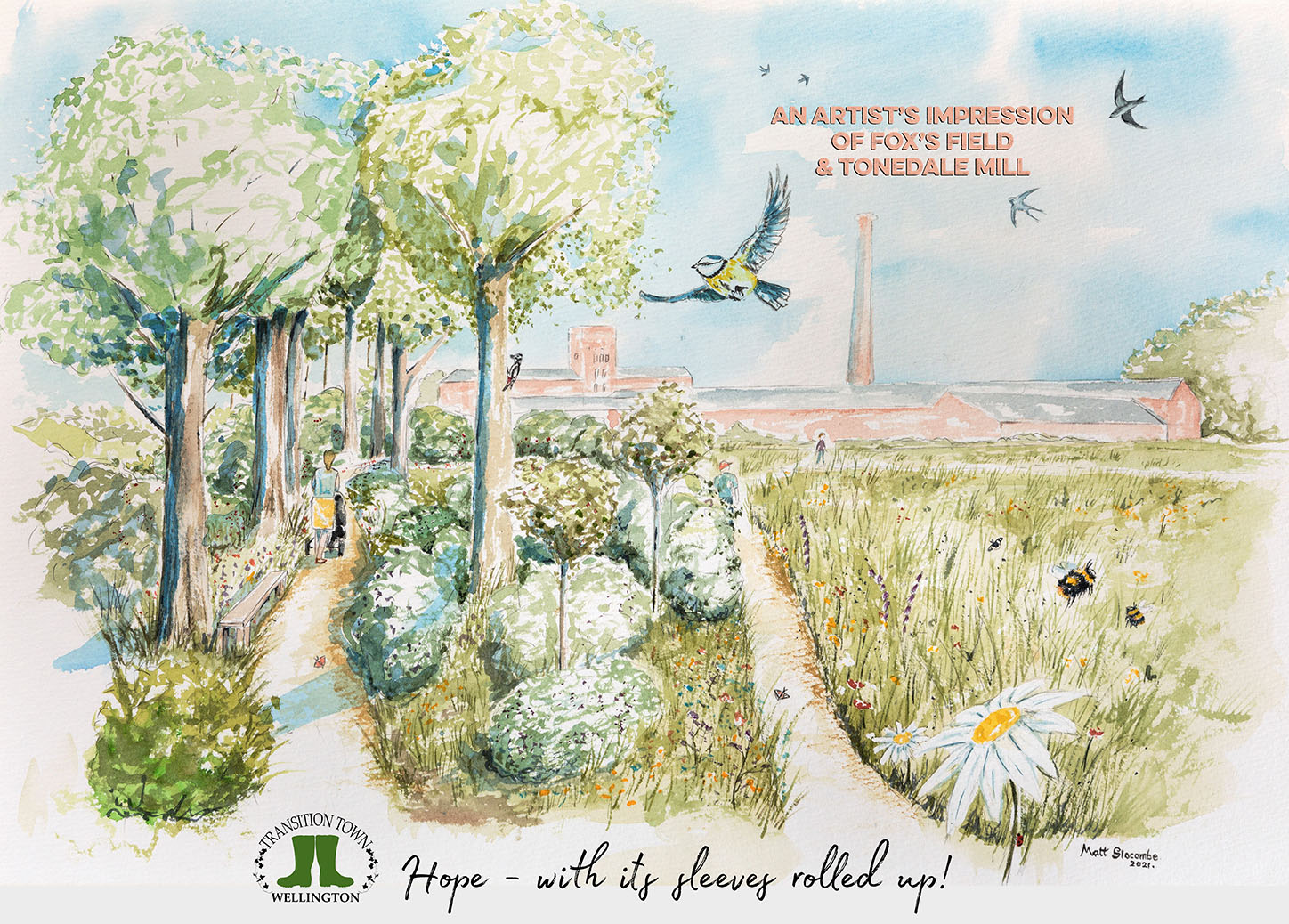 Stories from the movement: Transition Toronto

COP26 and the Five Stages of Grief