Jacqueline Frantová was a young Swiss urbanite when she first came to the Czech Republic in the mid-nineties. It was the “Wild East”, a place where anything could happen. Little did she suspect she would become a shepherdess. Today Jacqueline and her Bohemian family raise goats, sheep and cows in the Czech countryside.

A sheep is missing. But it should be OK. It won’t upset any neighbouring farmers because there are no crops growing at this time of the year.

Jacqueline Frantová and her husband Tomáš didn’t plan to become farmers. A friend gifted them their first kid shortly after their first child was born. This was in 1999, and the goat was a housewarming gift when they moved to a small village in the country. 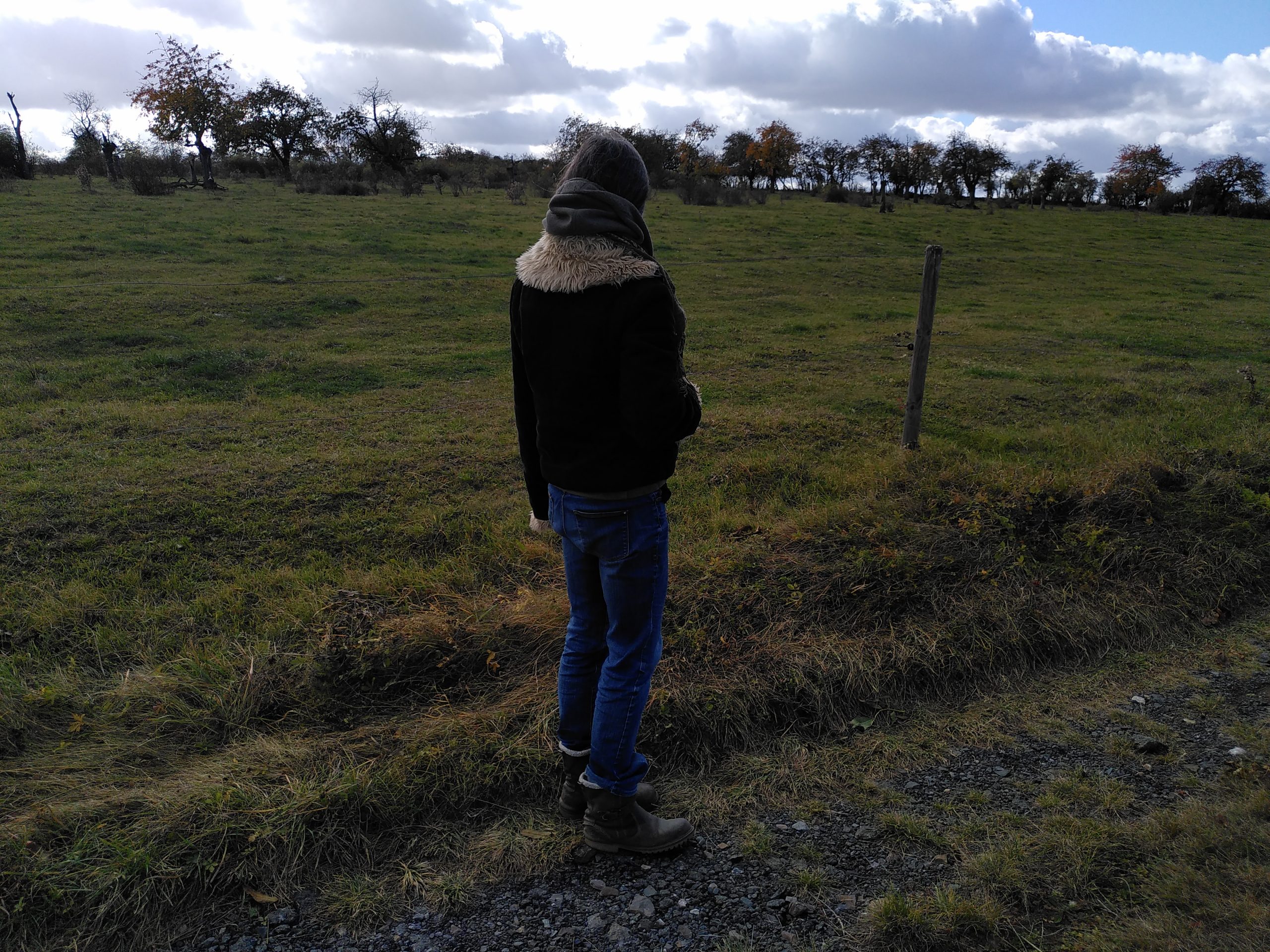 Where it all began: The herd had plenty of scrub to chew on along the short walk from home to this cherry grove. Image: Louise Kelleher

Jacqueline knew nothing about goats. She is from the Swiss city of Bern. The closest she came to rural life growing up was her grandparents’ pension in the Alps.

After she came to the Czech Republic in the days of the Wild East, Jacqueline met her husband Tomáš in his home city of Prague. They lived a nomadic lifestyle until their son came along, when they settled down in rural Bohemia, where Tomáš’ family had a house. 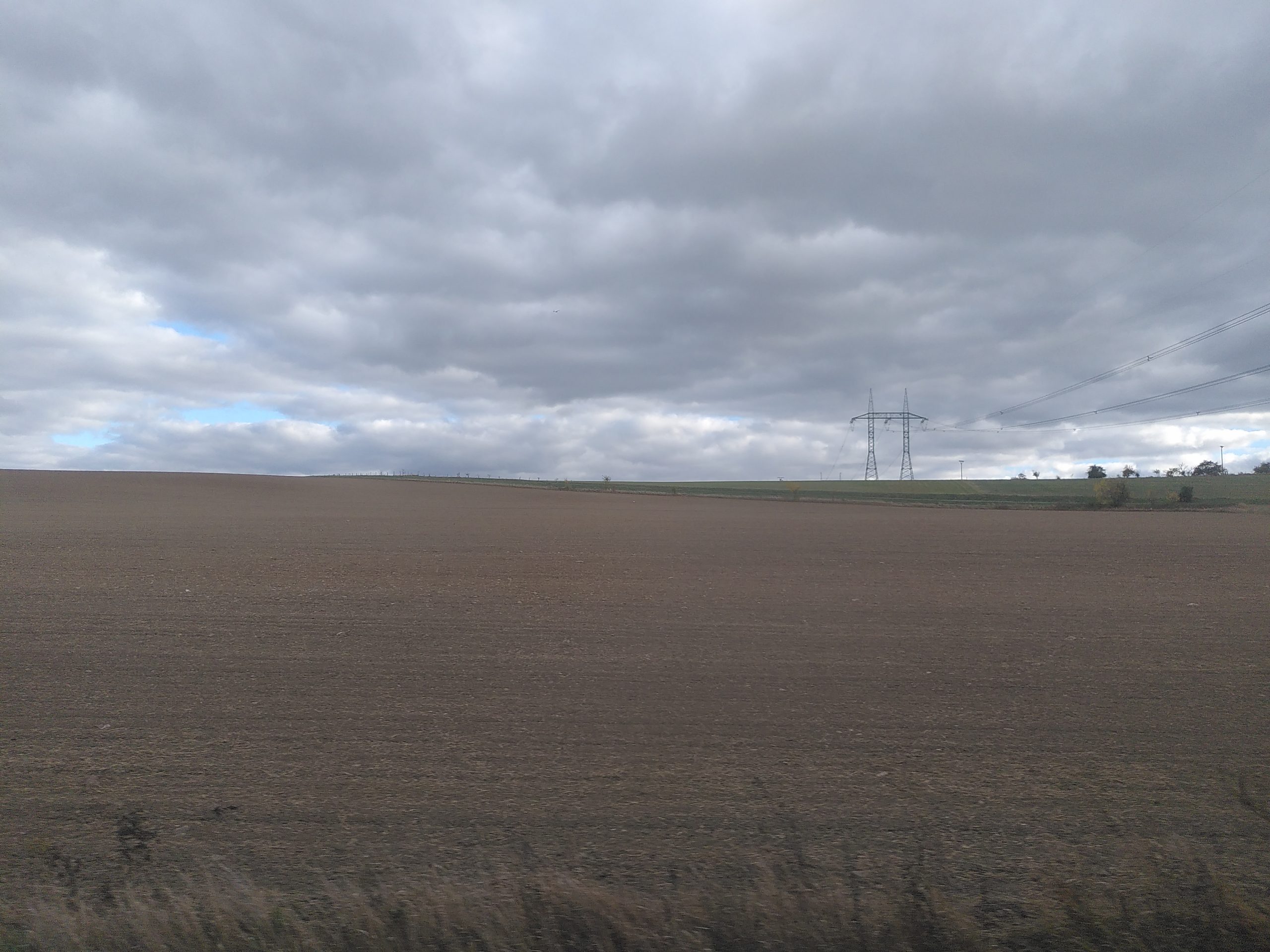 View from the train pulling into Stašov: Not far from the cherry grove (top right), Jacqueline and Tomáš have planted a food forest (seen here on the horizon, centre) – an unusual feature in the Czech landscape. More typical is the sprawling monoculture field next door (seen here in the foreground). Image: Louise Kelleher

Now that they had a goat, she started thinking about milk. “I wanted to make cheese. I like cheese.” Both of Jacqueline’s grandmothers were from Emmental, the home of Swiss cheese. So she and Tomáš bought a nanny goat from a neighbour.

Milking the goat was a learning curve. The neighbour had told them to just squeeze and the milk should come out. “We stood there wondering how we were going to do it. We were afraid to squeeze too hard and we were probably squeezing wrong. We went back to complain!” The neighbour soon set them straight. “It wasn’t nice for the goat either,” laughs Jacqueline. “She’s used to the person showing up and milking her – not dancing around her like that!” 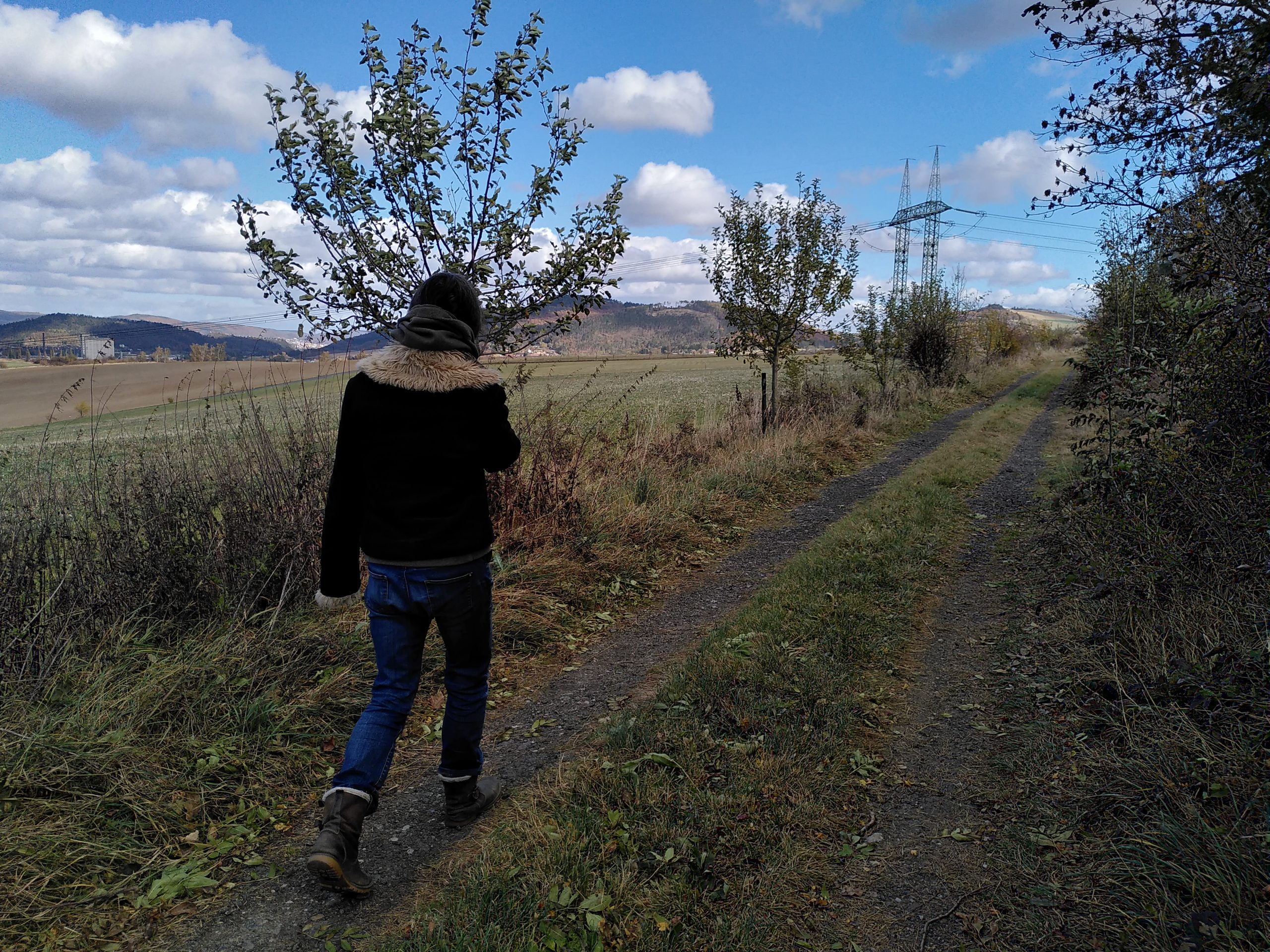 Once they’d gotten the hang of milking, they bought a couple more nanny goats, and finally a billy. At that time, the villagers still kept goats in their houses. Pigs too. Jacqueline and Tomáš had plenty of space – their house was a former pub that had been run by Tomáš’ grandfather – and so they kept the goats at home initially. Before long they were sharing a roof with a herd of 20 plus kids.

Eventually a local farmer agreed to let them graze their goats in his cherry grove. Taking the goats out to pasture every morning bordered on the idyllic; where their road ended, open countryside began. The goats had plenty of scrub to chew on along the way. Today, with sprawling development in the village, which lies within commuting distance of Prague, the bushes have been replaced with fences. 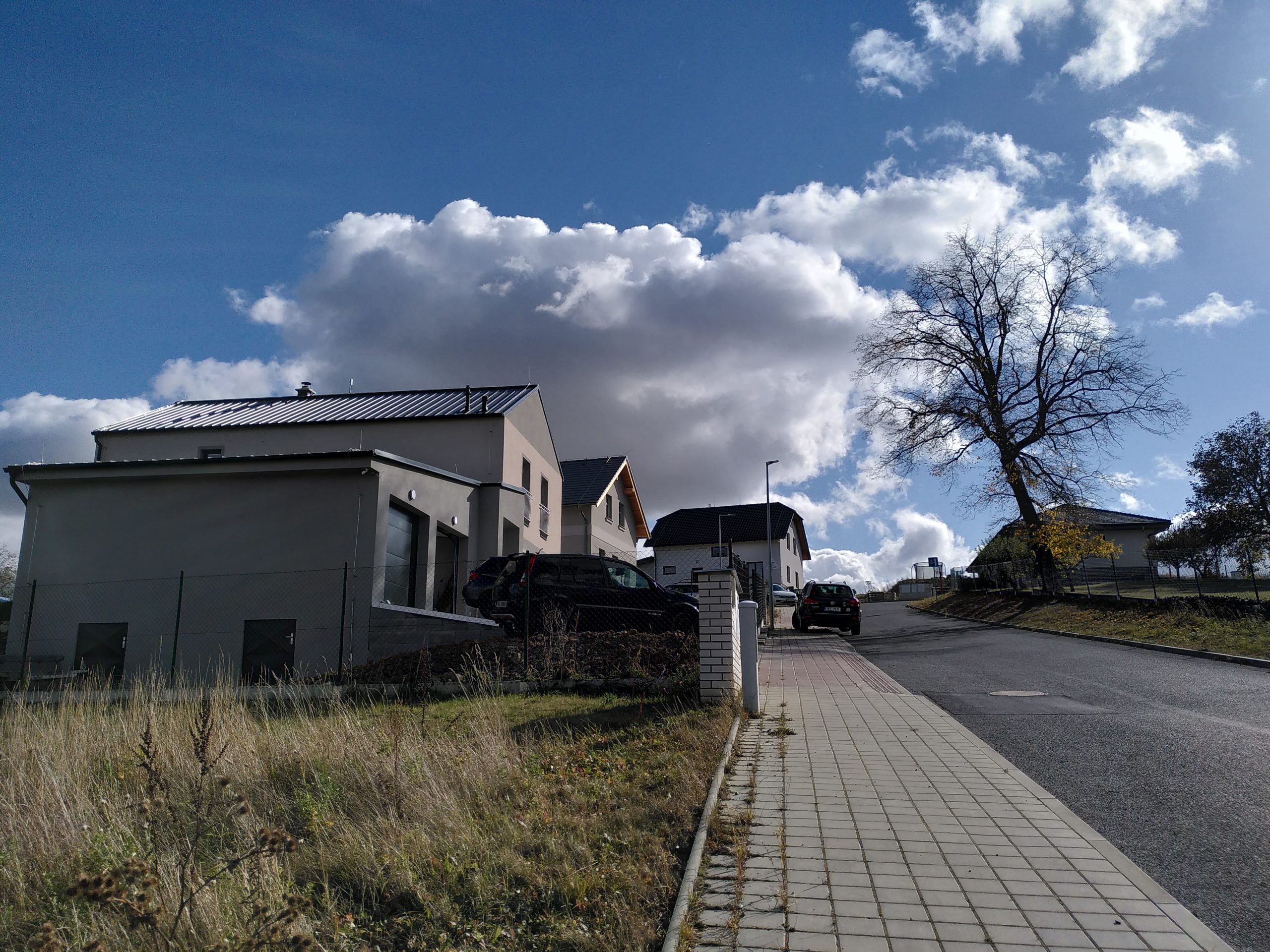 New builds: With lots of development around the village in the past two decades, the road to pasture is no longer lined with scrub. Image: Louise Kelleher

By the time the goats were finished with the cherry grove it was unrecognisable. Once the scrub has been chewed down to a manageable height, the farmer wanted the land back to graze his cattle.

“It took us 10 years to buy land,” says Jacqueline. They’ve since managed to acquire a couple of fields around the village. In one they grow grain for feed and flour; in another they’ve planted a food forest, as well as a line of fruit trees along the access road. Family members helped them invest in a third field, the largest and most recent purchase, including a residential site. That field is home to three Jersey cows – another recent addition. 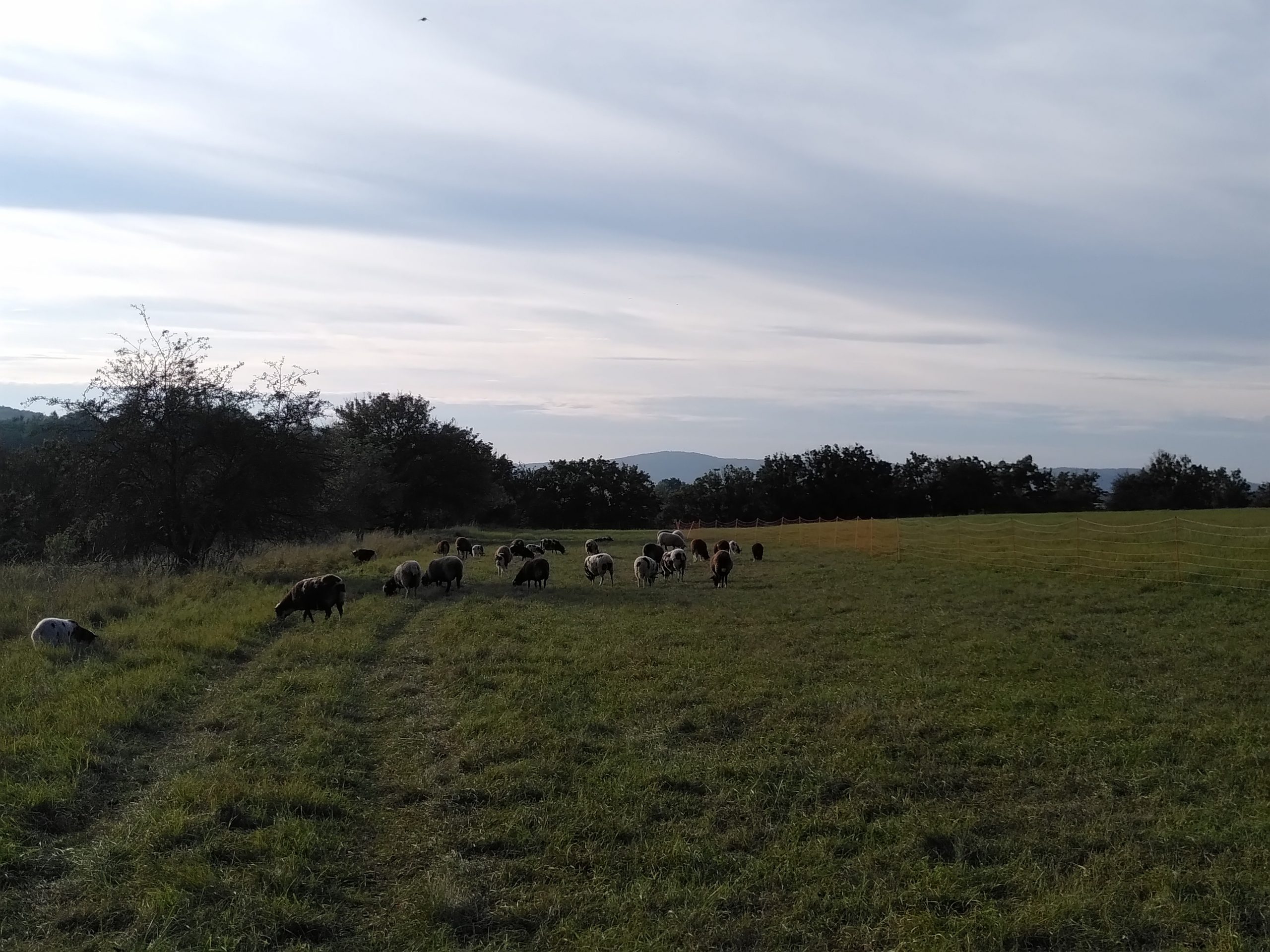 Ad hoc arrangements with neighbours are a source of grazing for their herd to this day.

This give and take is a defining feature of village life. As I arrived at their house, a motorbike pulled up with a spare car battery on the back. It was the owner of the meadow that the goats are currently grazing.

In the early days, when Jacqueline and Tomáš were still getting to grips with the realities of goat farming, Tomáš’ brother Jan came to help out. They taught him to milk a goat; he taught them how to apply for subsidies. Today, Jan has his own goat farm in the Krkonoš mountains, near the border with Poland. 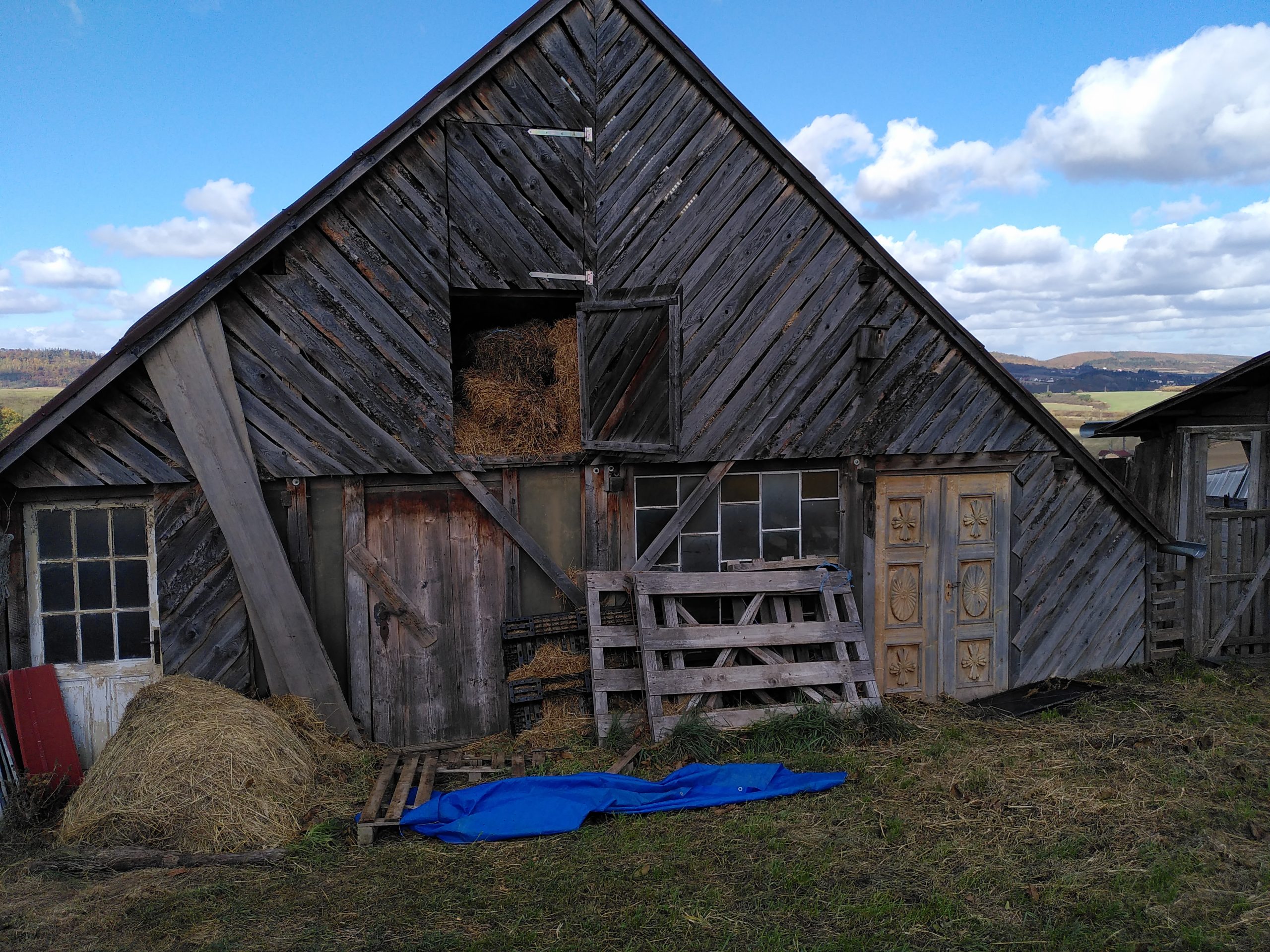 The goats now have their own shed. Image: Louise Kelleher

These days they have sheep as well as goats. The herd grazes in a nearby nature reserve, where hardy ruminants are in fierce demand. Jacqueline and Tomáš receive payments from the Czech nature conservation agency to maintain the traditional woodland pastures there.

Right now though an administrative glitch has kept them waiting for their payment. This means the family has had to take out a loan to tide them over. 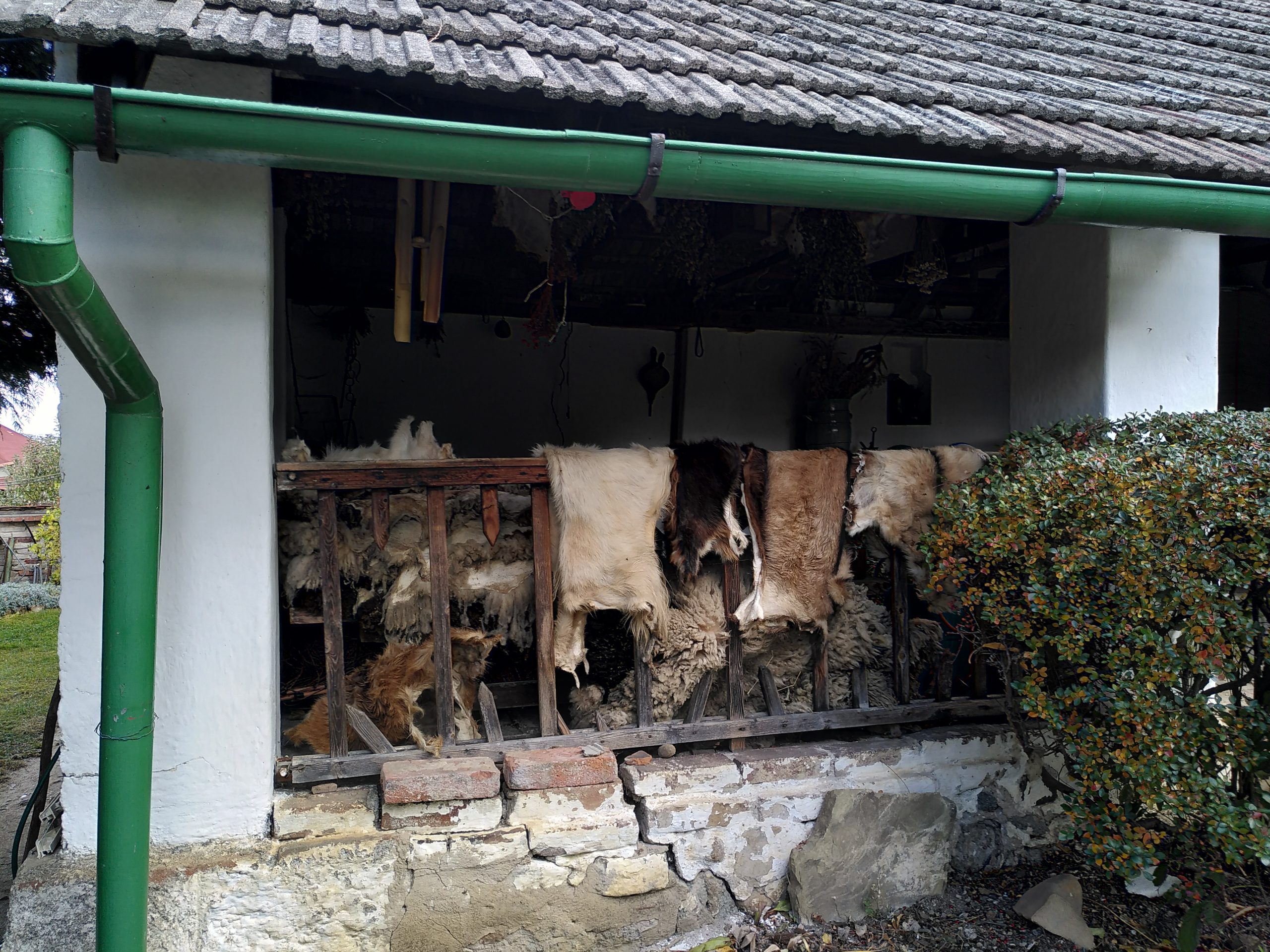 Goatskins and sheepskins drying on the verandah. Image: Louise Kelleher

It’s a source of satisfaction to Jacqueline that she and her family are very much present in the fields around the village where they live.

One reason she wanted to become a farmer was to see animals in the pastures. Farming activity is not very visible in the Czech countryside, and livestock are usually kept in sheds. “Where is the farmer? Where are the animals?” She compares it to roaming the Swiss countryside, where it’s never too long before you see a farmer – who is often chasing you off his land, in her experience. 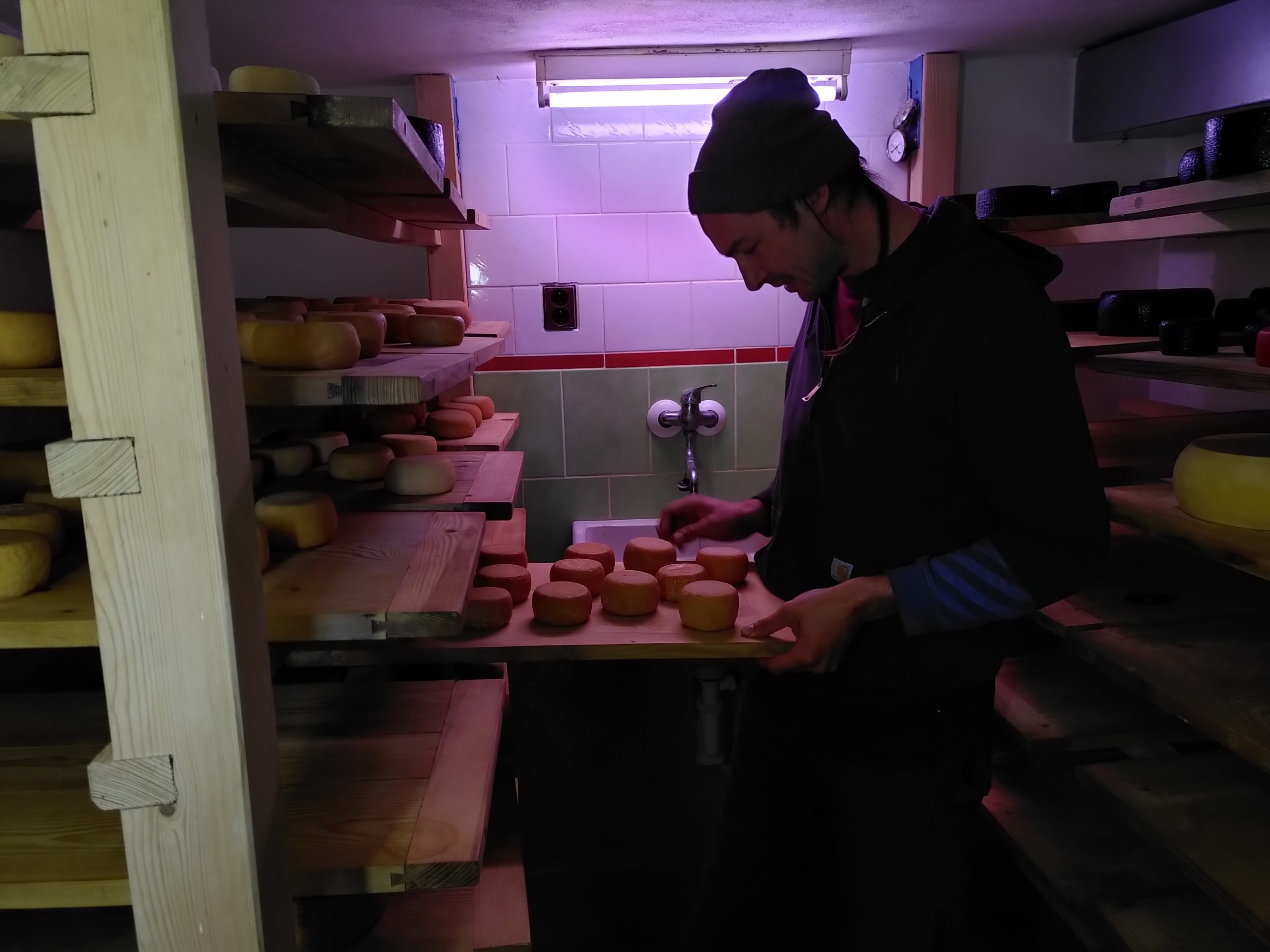 Cheesemaking in the kitchen

Tomáš and Jacqueline’s house has filled up since the goats left. They now have four children.

She makes cheese for the family in their modest kitchen. Tomáš sees potential for a cheese room in the abandoned pub just across the hall. It’s a vast empty space they use for storage. But Jacqueline prefers to work in the kitchen. “It’s the heart of the home. The children are around.” 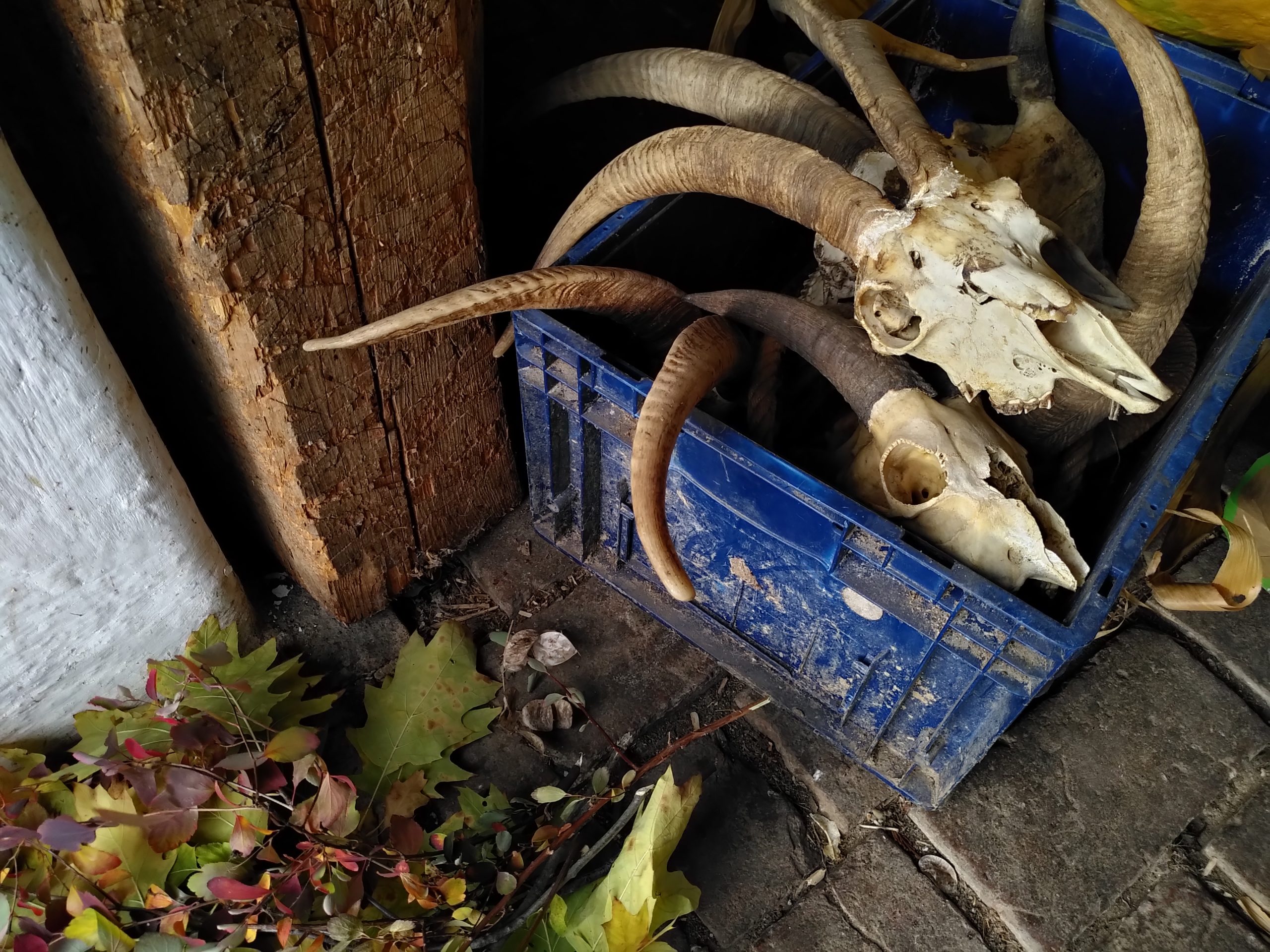 What’s a typical day like for a Swiss shepherdess in Bohemia? Every day is different. In the morning Jacqueline homeschools their youngest son, who is eight. Their other two sons live at home too: the teenager goes to school; the eldest son is studying ecological farming at university, and helps out on the family farm when he’s not working on his dissertation. Their daughter, who recently moved out, is also a university student.

Tomáš sees to the animals, and Jacqueline is on call for whatever needs doing on the farm.

Today there’ll be a missing sheep to find.

Freedom, Forgotten Places And The Future Of Farming