Uncertainty can certainly strip away your peace of mind.

In a developed society, we plan our lives around the certainty we’re blessed with.

Many people don’t feel the need to grow a vegetable garden due to the expectation that Safeway will always have potatoes in the produce section.

Many of us don’t drive more than 15 miles over the speed limit due to the expectation that there probably is a Highway Patrol officer around the corner, ready to enforce the law.

And we don’t need to walk many miles to a clean water source because we’re fortunate to be able to flip the tap, certain that water will spout forth.

Yes, certainty is a blessing.

But it isn’t unreasonable to recognize that many of the certainties that keep our societal structure in place appear to be weakening.

Drought is engulfing the Western half of the United States.

Supply chains are being disrupted and according to financial analysts, inflation isn’t stabilizing anytime soon. 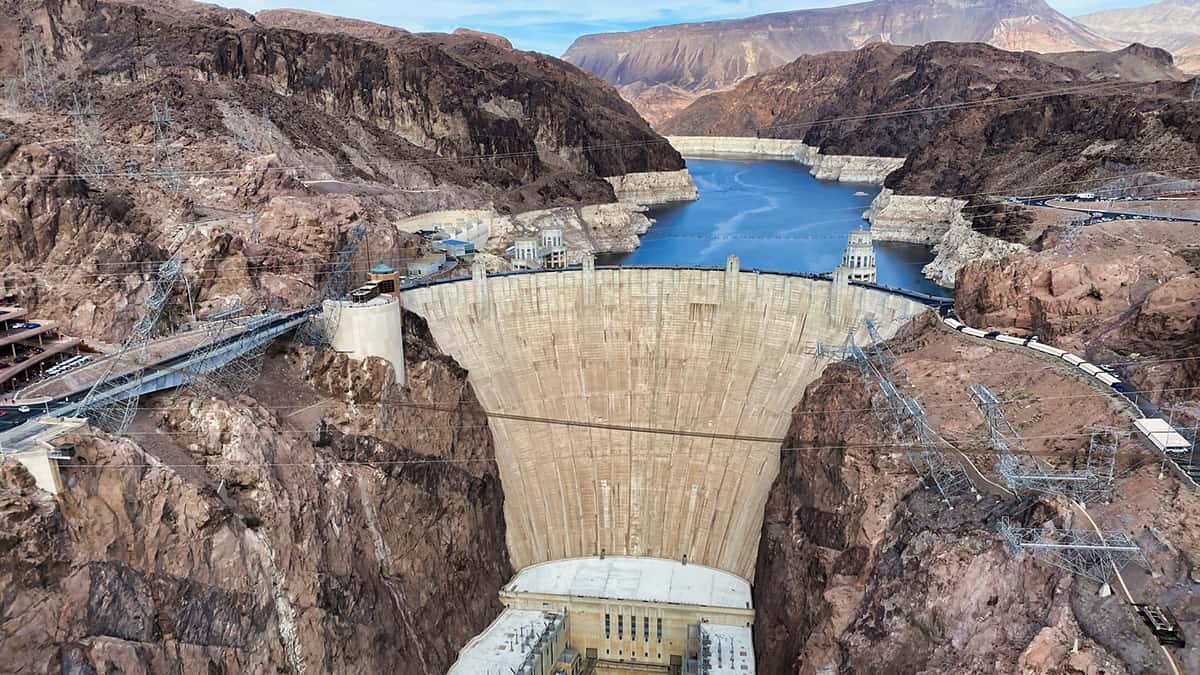 The obvious, most visceral reaction to all of this is to FEAR. It’s easy to feel anxious about the uncertainty of our future but we don’t have to be compelled by it.

It’s better to recognize the dangers now than to get caught off-guard later.

The truth is, there’s still MUCH you can do to secure your future.

Let’s get into it.

40 Million Americans Depend on a Declining Colorado River 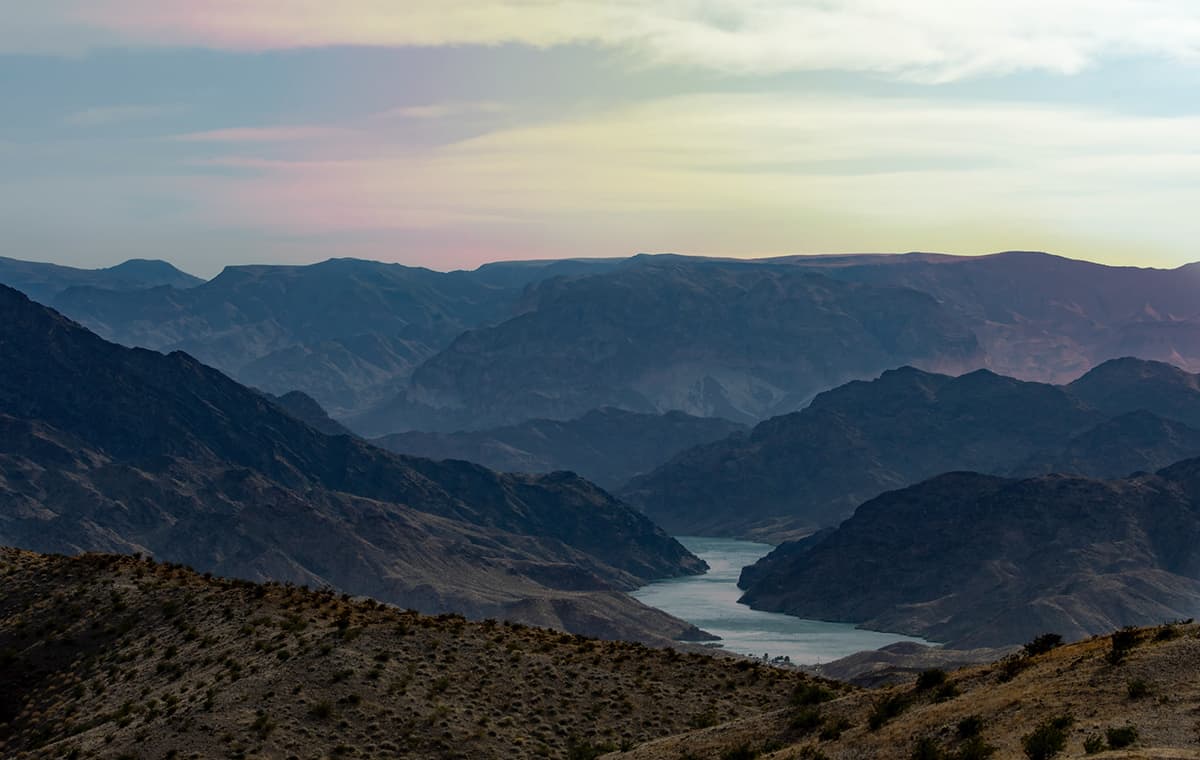 Californians have been dealing with the threat of drought for as long as many can remember, so water issues are nothing new in the West. But to ignore the effect that these water issues will have on the rest of the country’s population is a grave mistake.

The Colorado River, which 40 million Americans in the Western United States depend on as their main water source, has seen a decline in flow over the past 3 decades according to the US Bureau of Reclamation (NPR).

A study projects that the river flow would decrease by a further 9% over the next 50 years, which calls for significant restrictions on water usage in order to temper its decline (Ensia).

We can expect to see a rise in restrictions on water usage across the country as an effort to manage these issues. Other strategies such as water reuse and water transfers are being explored by various agencies.

But while these large-scale implementations are certainly vital, an article published by the Global Water Forum indicates how self-supplying can also be an effective practice in times of drought (Global Water Forum).

Self-Supplying as a Method for Community Water Management 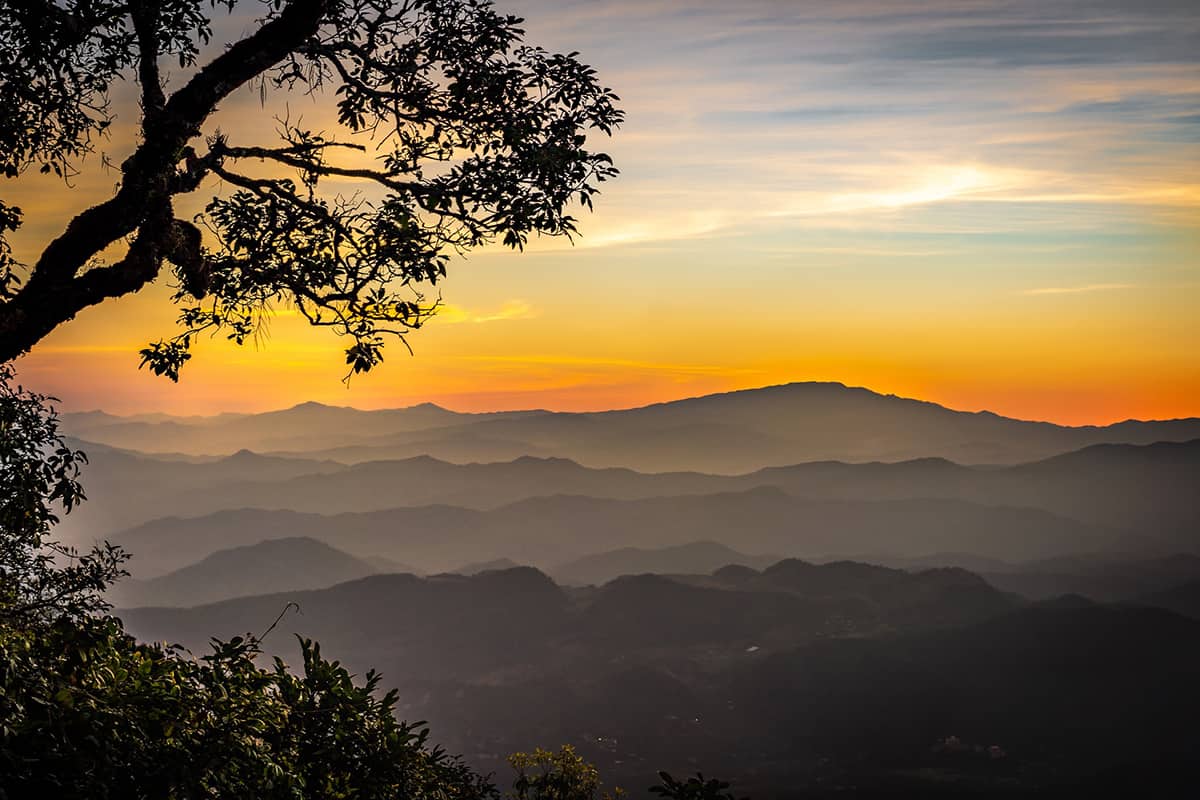 Self-supply is identified as the practice of small communities in finding their own water supply rather than relying on municipal sources as large communities and cities do.

According to GWF, rural communities in Zimbabwe and Thailand greatly benefited from self-supplying water in the form of well water pumping and rainwater harvesting amid countrywide drought.

It’s worth appreciating GWF’s sentiment of highlighting solutions for small communities in the midst of seeking larger, global solutions. While global solutions are certainly the destination, it can be easy to miss how smaller communities are affected and how they can benefit from fairly reasonable living adjustments.

Some communities in the United States already implement self-supply methods as 13% of the population relies on private wells as their source of water. And 38% of the population relies on groundwater in general, usually from a public source. The rest of the country sources its water from reservoirs or naturally flowing surface water sources such as the Colorado River (Global Water Forum).

Now, urban and city dwellers may be a bit out of luck in terms of groundwater as self-supply as cities have their own public water systems. So, it’s the rural areas that can benefit from private wells in a much more practical way.

For those who do have the opportunity to source groundwater, it can be a gold mine. Sourcing groundwater via a private well is optimal for self sufficiency – it’s potentially unlimited, unregulated, and free.

There are a lot of critical factors involved with well water pumping. Learn the basics of how a private well works here.

And in areas with adequate rainfall, rainwater harvesting is an increasingly common method of supplementing one’s water source.

Despite common misconceptions, collecting rainwater isn’t illegal in any of the 50 states.

While some states do have strict regulations on the method that it’s collected, some states, in fact, provide incentives to encourage rainwater harvesting. 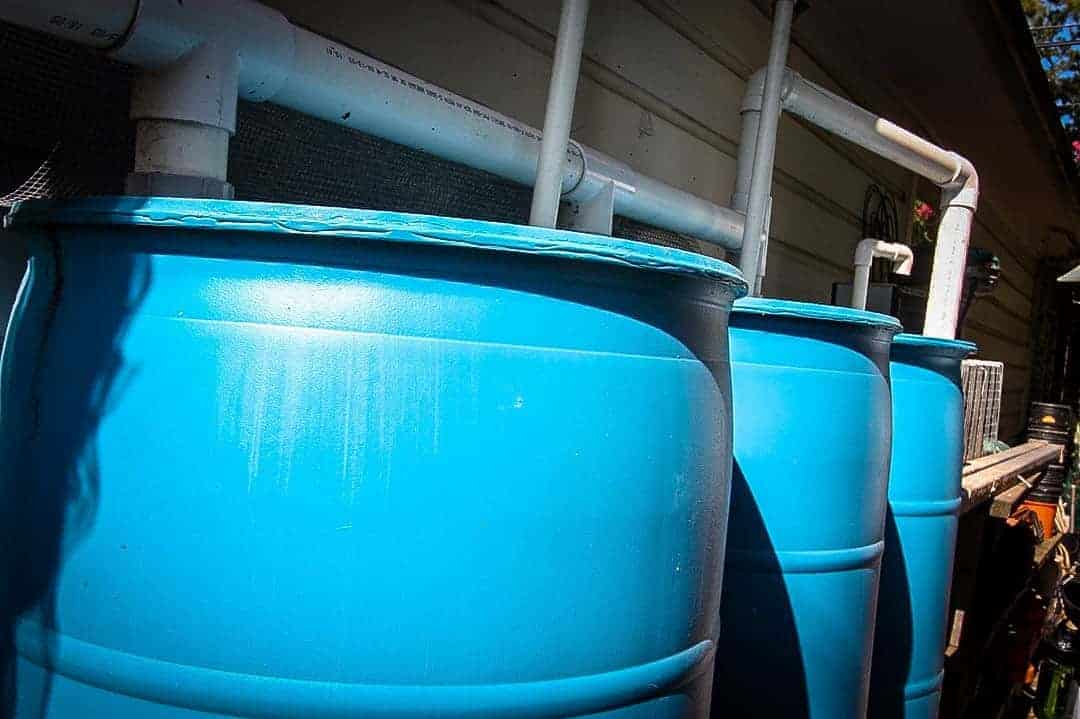 An average-sized rooftop can collect about 600 gallons of rainwater for every inch of rainfall. With the right water pump and filtration system installed, rainwater can provide a significant amount of drinkable water for a household.

Learn more about how to harvest rainwater from this beginner’s guide. 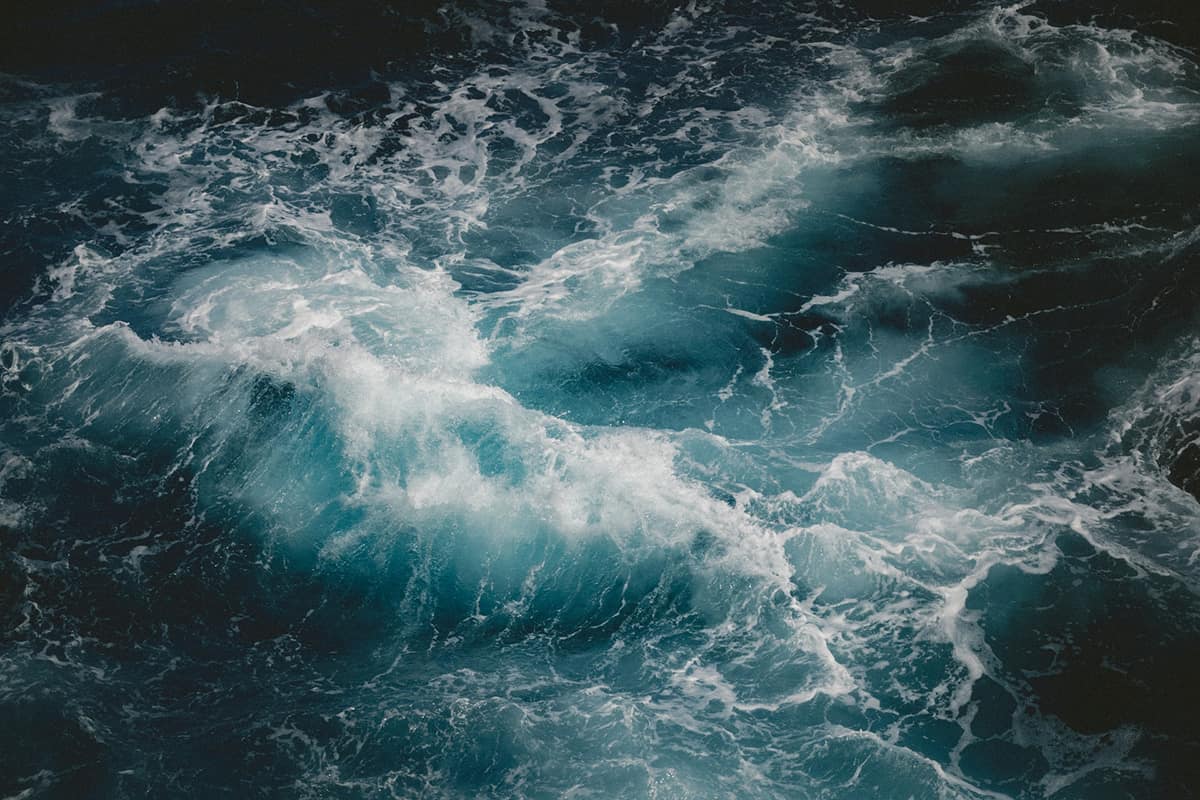 But what of areas where groundwater and rainwater aren’t an option?

In many areas, a freshwater source such as a lake, river, or stream supplies a cabin or cottage with all its water needs. Each state has its own laws on drawing from freshwater sources, so be sure to check with your state’s legislature.

Having a wider variety of purification methods expands one’s options for sourcing water. Common methods such as carbon filtration, UV purification, and disinfection can guarantee clean water consumption in most rural areas.

Desalination, the method of purifying saltwater for consumption, has shown promising development in recent years. The main issue with desalination is the extensive energy requirement needed to process the highly-concentrated salt.

But as desalination technology becomes efficient enough to be able to purify water in large quantities, then oceans and saltwater lakes can be used as major water sources.

On September 22, 2021, one of the world’s largest desalination projects was implemented in a rural area of Kenya. Bubisa WaterKiosk is a program that provides over 30,000 people with clean water via 100% solar-powered desalination technology (OGEI).

As desalination technology continues to become more efficient, perhaps more communities may soon reap the benefits of it.

How to Prepare for Coming Water Crises 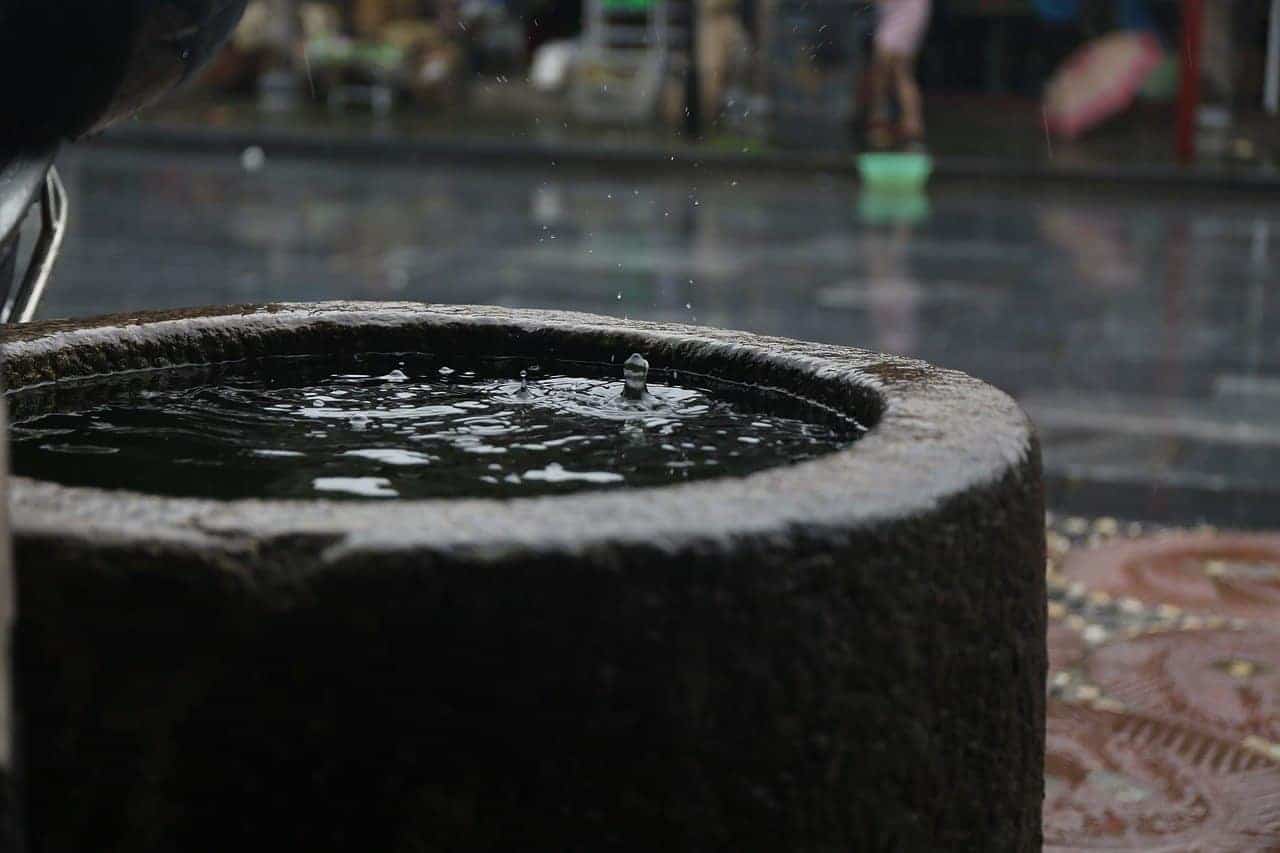 Water scarcity is a reality that we’ll either learn to manage or be overwhelmed by. On the one hand, allowing ourselves to be gripped by fear and panic won’t do any good. On the other hand, completely ignoring reality and acting as if nothing’s happening is just as bad.

It’s important to have a healthy assessment of the world around us and to make decisions based on what we see. We mustn’t make rash decisions but we mustn’t be complacent either.

Prepare your household for water restrictions

Water restrictions will likely be a reality for many who live in larger urban areas, so preparation for that is vital. Making the necessary adjustments beforehand will make for an easier transition once restrictions are in full effect.

Begin taking note of the amount of water you and your household currently use and make conservation a priority. Cut out wasteful practices such as leaving the tap on while brushing your teeth or while scrubbing dishes. Systematize your water usage among family members to reduce waste by consolidating laundry. Use water-efficient showerheads and faucets.

Water Education Foundation released some practical water conservation measures that are easy to abide by.

Modify your home for rainwater collection

Regions such as the Pacific Northwest, Northern California, and some parts of Colorado, Utah, and Idaho experience enough rainfall to significantly supplement a household’s water supply. Even in areas where rainfall isn’t as frequent, installing a rainwater harvesting system can help collect enough water for outdoor usage during the dry seasons. The National Weather Service provides a rainfall map that monitors precipitation across the entire country.

This rainwater harvesting guide will help you get started.

Those who currently rely on a private well are in a prime position. Those looking to relocate to an area where wells are an option will require a bit of research into aquifer locations, state laws, and well-drilling companies. But once a private well is established in a location where groundwater is sufficient, treat it like a gold mine because it may very well be one.

Agencies such as the USGS and USBR regularly publish information on the conditions of aquifers and surface water sources. Maven’s Notebook is a great resource for water news in California and is regularly updated. Paying close attention to weather changes can help you stay ahead of the game and make better decisions for yourself and your family.

Familiarize yourself with other water purification methods

While most of us have never considered the need to purify our own water due to the convenience of modern water services, if the tap were to ever fail, knowledge of alternative purification methods may be what saves you. Carbon filtration, UV purification, disinfection, distillation, reverse osmosis, and boiling are among the many effective ways to make water safe.

Learn how to purify water for drinking here.

Perhaps most important of all, don’t allow yourself to feel overwhelmed. Much of what’s spoken of on media outlets isn’t pleasant, and that may partially be due to the fact that good news just doesn’t stick.

But that’s not to say that there aren’t real water issues unfolding before our eyes. Keep your eyes open but don’t be blinded by fear. There is still much you can do to secure your own future.

Resilience. (2021, October 6). The future of water in the U.S. west is uncertain, so planning and preparedness are critical. https://www.resilience.org/stories/2021-10-06/the-future-of-water-in-the-u-s-west-is-uncertain-so-planning-and-preparedness-are-critical/ 10 Critical Water Scarcity Facts We Must Not Ignore