And so the COP26 climate summit in Glasgow has drawn to a close. Time for another break from my present blog cycle for a few thoughts on the implications. 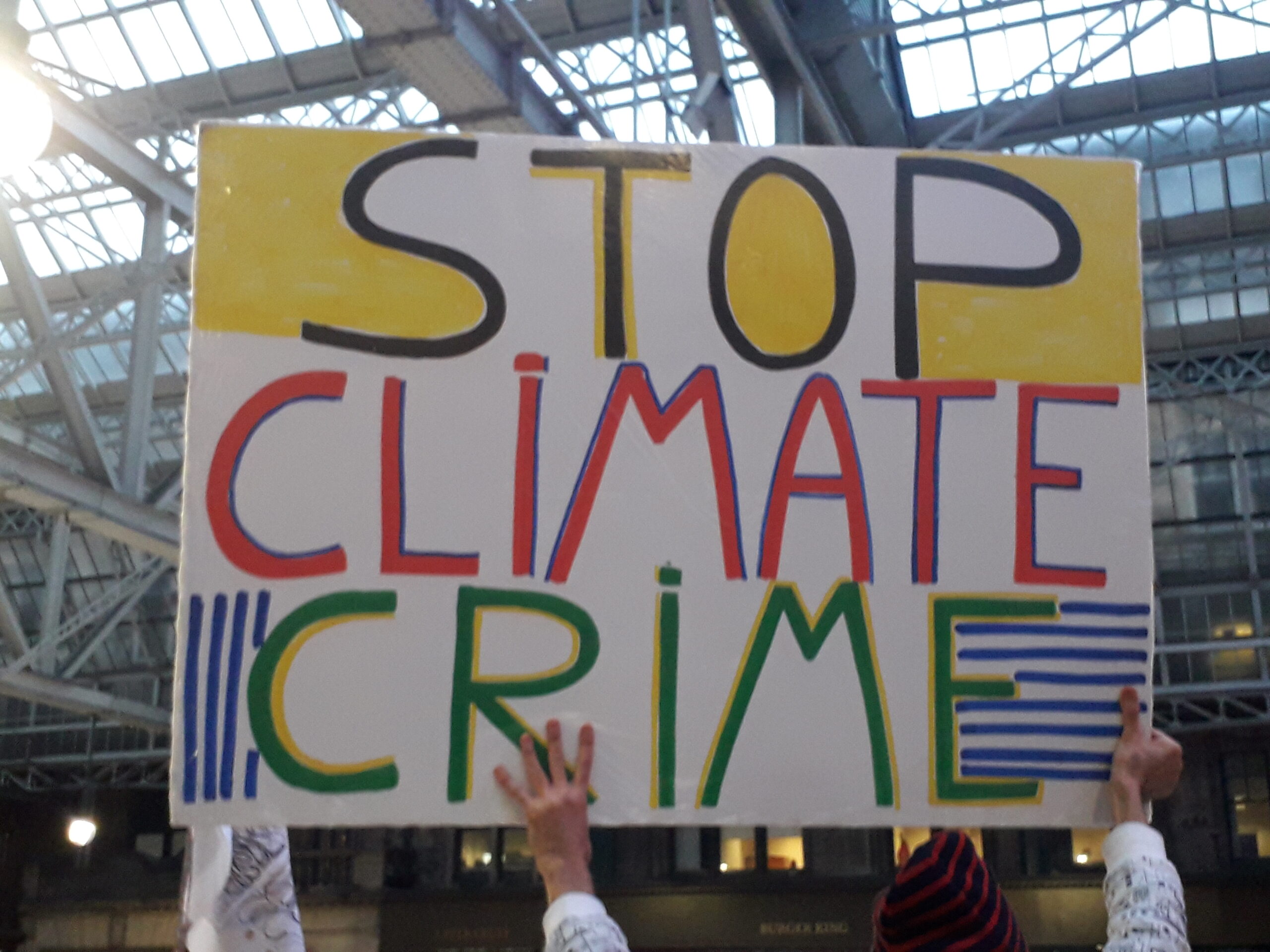 Prior to the meeting the eco-philosopher Rupert Read wrote that he was hoping for a bad outcome because then “we citizens of the world will finally know the truth: that it’s up to us now. Us the people.”

This comment was met with some bewilderment or even anger among climate activists and technocrats. But I knew what he meant, and I agreed. The worst outcome would be if there were some apparently big breakthroughs that prompted unwary journalists and other opinion formers into thinking real movement had occurred and that the powers that be were on the case, only for it to turn out to be just more ‘blah blah blah’ to coin the phrase used by many of the activists at the meeting.

Well, there was certainly a lot of blah blah blah, and few commentators seems to be hailing the outcome as remotely equal to the crisis. Some are opting for a ‘glass half full narrative’ that courts the dangerous middle ground I mentioned (at least we’re now ‘phasing down’ coal and have ‘pledges’ on methane and deforestation etc). But with Bill McKibben, a somewhat more mainstream climate activist than Read, writing “It’s a fairy tale that world governments will fix our climate crisis. It’s up to us” I think it would be fair to say Read got his wish. Professor Kevin Anderson was blunter, saying that at COP26 “world leaders collectively chose to sign a death warrant”.

I’m with Read et al in thinking that governments won’t solve this and it’s up to us. But there’s a problem. What exactly should ‘we’ do? I spent a day in Glasgow at COP26, listening to some understandably angry and emotional youth activists exclaiming that it was they and not the politicos cloistered inside the Blue Zone who were the real leaders, but saying little about what their leadership entailed and how it was going to sort out the climate crisis. In the evening, I went on an Extinction Rebellion march intended to raise a rumpus outside a building where world leaders were allegedly dining, but in the end the police corralled us down a side street far out of earshot of any leaders, where we stood singing a familiar XR song:

People got the power

Tell me can you hear us

Getting stronger by the hour

But the most abiding image for me of the event was the cold steel entry grille to the Blue Zone, which was as close as this particular person got to any power, ie. not very. I gather that many of those in possession of the appropriate authorizations to get beyond it didn’t feel much different. 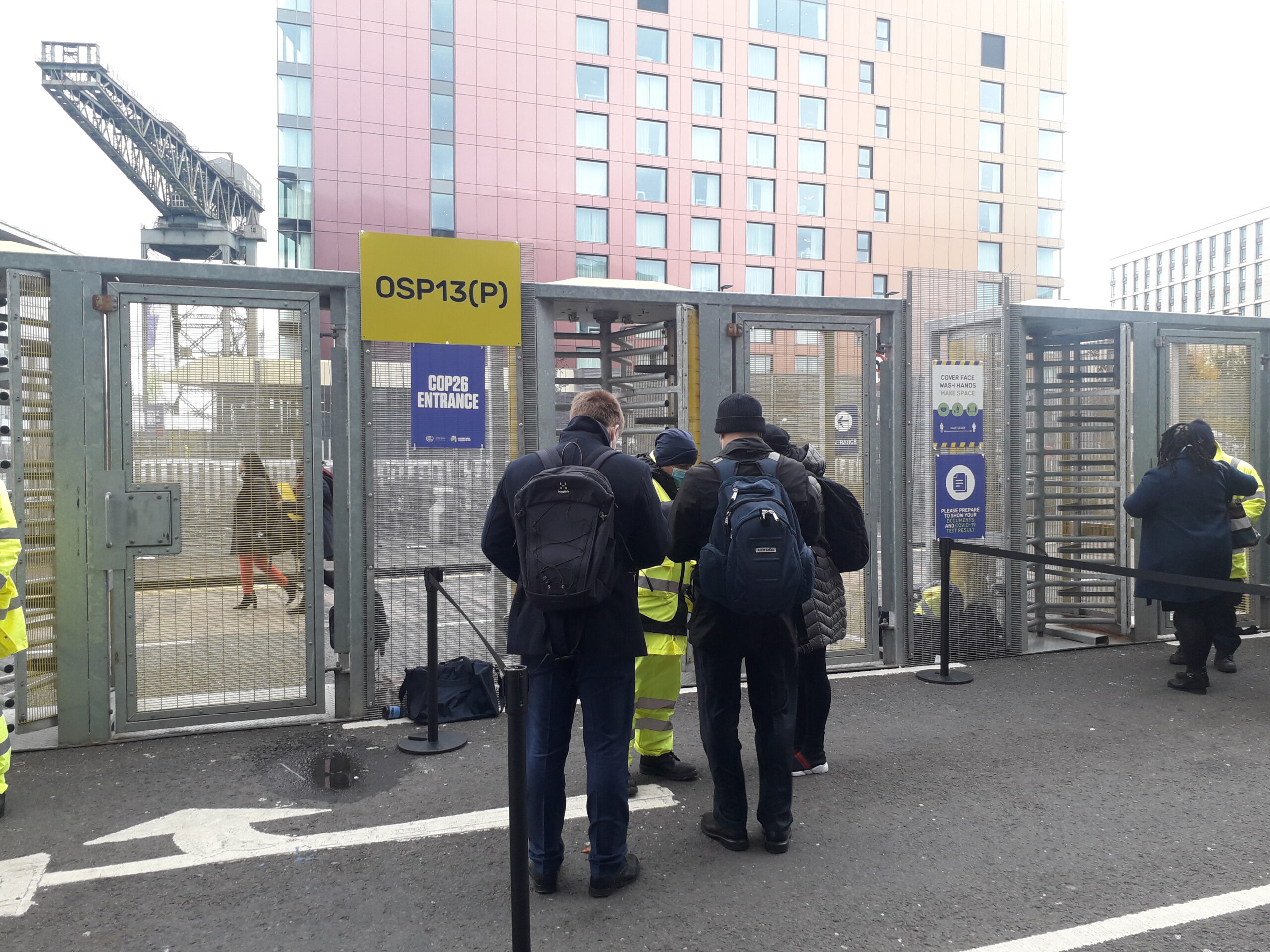 Well, it’s easy to be cynical. The fact is, theoretically it’s not too late to avert average global warming in excess of 1.5oC above preindustrial levels – although it almost is – and there are lots of politicians, scientists, civil servants, academics, activists and others working hard to secure that outcome. Every molecule of greenhouse gas that humanity doesn’t put into the atmosphere brightens the future, so I salute their efforts.

All the same, I don’t think their efforts will be equal to the task, because there’s a large human impediment to it in the structures of political-economic power, for which all the steel grilles, police officers and elaborate entry authorizations in Glasgow stand as a metaphor. Some call it capitalism, or we could speak instead of growthism, developmentalism, various other isms or more generally the idea of ‘progress’ that I discuss particularly between pages 53 and 88 of my book. This article about India’s pledge to reach net zero carbon emissions by 2070 does quite a good job of examining whether this is a real breakthrough or blah blah blah, but the article’s unspoken assumption that, for the land of Gandhi as for everywhere else, there’s only one path to ‘development’ involving increased energy use, industrialization, urbanization and so forth pretty much gives the game away. Without a different political-economic model to that, it certainly is too late.

But too late for what? Too late to preserve the existing global political economy, certainly. But since this ill serves most people and most other organisms globally, that’s not in itself a bad thing. Perhaps the real problem is that none of the alternatives – like the small-scale neo-agrarianism I advocate – have any real mass traction.

In the face of that reality, a lot of people retreat to familiar forms of modernist politics and find vindication for the flavour they prefer in the COP26 outcome. On the left, there’s a lot of talk assimilating climate change to working-class struggles for justice and against capitalism. A historical problem for the left here is that not many working-class struggles for justice have really been fundamentally anti-capitalist, and the ones that have been have rarely lasted long. While some on the left downplay the likely effects of climate change and preserve top billing for the politics of labour, others invoke climate change as a kind of revolutionary prime mover to kickstart the stalled communist transition. To me, it seems likely that climate change will be a revolutionary prime mover, but the nature of prime movers is that they don’t usually deliver to order on the programmes of older political traditions.

Anatol Lieven neatly satirises this kind of thing in invoking Naomi Klein’s book about climate change, This Changes Everything. He writes that he’s fully in agreement with the title, but “The problem is that among the things it has not in fact changed is Klein’s own ideological priorities, which remain almost exactly what they would have been if climate change did not exist”1.

I’d argue this also applies often enough to those on the left who are switching their allegiance from the industrial working class to indigenous peoples as the subset of oppressed humanity most likely to bring about revolutionary renewal, thereby preserving their conviction that such a world-transforming subset of people actually exists. This idea is getting wider traction because many indigenous people are bearing the brunt of climate breakdown, are often skilled through long cultural practice at political resistance, are in the forefront of further capitalist extractivism, and may have a thing or two to teach about non-capitalist lifeways.

All of this is true, but I’m not convinced it gives sufficient leverage to generate a climate-proofed postcapitalist politics. One left-wing critic of mine wrote that my book says nothing about ‘indigeneity’ – kind of true inasmuch as I don’t use that deeply problematic term in it, but kind of untrue inasmuch as the whole drift of the book is against claims to authentic political or other identities of the kind that ‘indigeneity’ involves. I consider these politically disastrous, especially for humanity’s climate-challenged future.

This is especially true since much the most successful claims to indigeneity in the modern world have been nationalist ones along the lines that the government of a defined area serves the needs of a geographically and often ethnically exclusive people. Anatol Lieven, who I mentioned above, argues that because of this very success effective action on climate change must be built around nationalism via notions of consistent identity, individual sacrifice, and historical persistence. While he satirises the left for its vision of a “nice, ideologically positive apocalypse inhabited by diverse but mutually respectful populations” he rather hoists himself on his own petard by calling for “intelligent, far-sighted” versions of nationalism, and not “stupid, short-sighted” ones2. Yeah right, that’s really what you’re gonna get if you invoke the animal spirits of the nation…

You can see how this might pan out in some of British prime minister Boris Johnson’s pronouncements and actions around COP26. On the one hand, he warned of “shortages…movements, contests for water, for food, huge movements of peoples. Those are things that are going to be politically very, very difficult to control”. Meanwhile, his government is trying to figure out how to flout various international laws to turn back from British shores the currently rather small number of boats carrying undocumented migrants, suggesting what kind of reception those huge movements of people in the future are likely to get (but I think he’s right that, ultimately, these movements are going to be politically difficult to control, which has interesting implications). Despite claiming that, regarding climate change, we’re currently “5-1 down at half time”, Johnson also believes we can “build back greener, without so much as a hair shirt in sight” with such things as zero-emission planes allowing us – or at least some of us – to “fly guilt-free” in the future. All in all, less national sacrifice and more nationalist fantasy.

Without a persuasive mass climate politics from either left, right or middle, it’s easy to succumb to despair, as I did for a brief period recently. As I see it, going through a period of despair is better than clinging to false optimism or the boilerplate solutionism of modernist politics. But after the despair the approach I now favour is for people just to do something that they feel called to do. In my case, I think that’s going to be helping build up the human, plant and animal community on my little farm, pushing a distributist land reform politics where I can, carrying on with some writing, and probably calling time on my fledgling career as an environmental protestor.

My wife, whose career in the latter regard has been considerably more distinguished than mine, has come to a similar conclusion, more or less. While she was away blocking motorways and parliaments with Insulate Britain, I followed the news avidly and got myself pretty riled up when I felt the targeting or messaging of the group was wrong. I’ve had some interesting conversations about this with her. She takes the view that we cannot know the efficacy of our actions. There’s a case sometimes for getting over our individual selves and opinions and participating within a wider movement, even when we consider it flawed … and there’s also a case sometimes for not doing that. Either way, she’s increasingly lost interest in the opinion-mongering of those who think they know what should be done or what people should think, including her own. Indeed, there’s quite a bit of blah blah blah beyond the Blue Zone too, which can be problematic in its own way. And if you want my opinion, I think she has a point.

Some conclusions, then. It’s not too late, but it’s over. The global political impasse over climate change does suggest that it’s now down to “us, the people” to address the problem. None of ‘us’ really knows how to do that, but maybe it doesn’t matter. We will do it in a myriad piecemeal ways. Some of those ways, as per Boris Johnson’s remarks, will probably be ugly. I hope that other, prettier ways will supersede them. A fond hope? Probably, but the “nice, ideologically positive apocalypse” that Lieven scorns may not everywhere be quite as far-fetched as he supposes, and I will try to explain why in upcoming posts. So my plan for meeting the climate apocalypse is to keep thinking, keep writing, keep farming and keep being hopeful (but not ‘optimistic’) as best I can. What’s yours?

We Need a New Economic System

Ways to Create a Democratized Economy

The Latest Trends in Sustainable Communities