Signs continue accumulating that point to the imminence of a global collapse in the medium term: extreme heat waves in Canada and the United States, forest fires in various regions of the world, the melting of Greenland, floods in Europe and China, the weakening of a vital Atlantic current.

Faced with these events, more and more human beings — especially young people who leave the enchantment of childhood dreams to face a world of storms — wonder what to do. What’s next? How to change course?

The true environmentalists — those of action, not those of speeches — are the noblest fighters because they are capable of giving their lives to defend life. Today defending life is protecting a spring, a river, a tree, a species; or claiming clean air, healthy food, drinking water; or opposing the pillage of a mining, highway, tourist, housing, nuclear or energy project. In her maturity, the true environmentalist visualizes the seriousness of the current situation and assumes the need for a radical and profound change, for a civilizational transformation.

I have managed to identify seven basic aspects that can guide environmental action by serving as beacons or compasses in a world in emergency.

1). The perception is growing that the world is spinning faster and faster. Hours, days, and weeks go by faster. In a world in which technological innovations in information, communication and transportation exceed the capacities of the human brain accustomed to slower, unhurried rhythms, this idea is correct. The analysts of contemporary history agree in identifying a period called The Great Acceleration (between 1950 and 2000) when all human activities expanded and which ended up in affecting global cycles and processes to such an extent that the human species became a new geological force, giving rise to the so-called Anthropocene.

2) For my generation, the horror film of the world in crisis that we saw 40 years ago as distant and surmountable, is now here. Without us noticing, the movie approached us, and today we are inside it. We are its actors. This crisis situation, unique in history, occurred because the vertiginous changes were led by the interests, objectives, values and ideology of capital, making use of technoscience (corporate science). The contemporary disaster is the fruit of greed; of the double exploitation by the minority of the work of both nature and of humans. We will not get out of this crisis until this double situation of maximum irrationality and injustice is eliminated.

the individual enters a state of tension, anguish or panic that either paralyzes and depresses him or sends him to the contingent of cynics and extreme pessimists; or, well, it turns him into a permanent fighter in the creation of a new civilization, the  one that will replace the current one experiencing its terminal phase.

That is, the individual either gets trapped in species fear or she leaps and acquires species awareness; she becomes a civilizionary+.

4) To be a civilizionary implies a double integration:

both rational and affective, based on knowledge and feeling, on science and art.

This commitment is total; that is, it is assumed at all levels of existence:

as an individual, as part of a family or domestic unit, as a member of the neighborhood or community, of a region, a country and, finally, of the world.

5) To be involved in the civilizational transformation implies collective work, a vocation for service, solidarity and mutual aid, which was the secret formula by which the human species managed to evolve, overcoming adversities and obstacles.

6) In addition to the above is an unremarked fact:

the civilizionary is driven by a spiritual (not religious) spring where nature appears as a supreme entity.

This idea springs from a personal work of meditation or introspection, intuitive, which leads him to accept with humility the indecipherable existence of a mystery and of an abstract and superior entity. Thus was born the concept of Mother Earth that automatically turns all human beings into brothers and sisters.

7) Finally, objective analysis of political and power relations convinces the civilizionary that it will not be governments, companies and corporations, or international organizations that will save humanity and our planetary environment, but the actions of organized society. For one simple reason:

those sectors remain captive to the paradigm of a dying civilization. 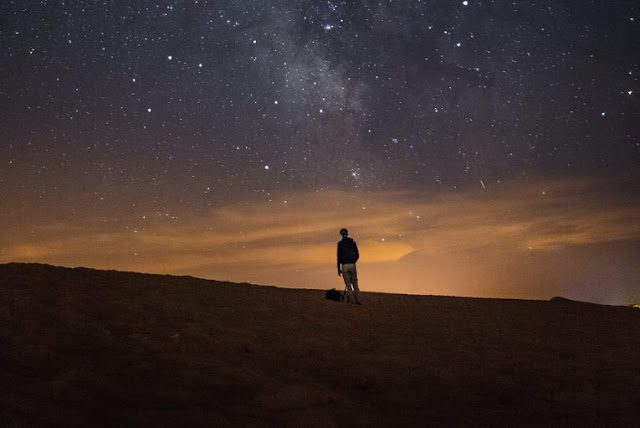 This article was originally published in Spanish in La Jornada and in English in Voices for Mother Earth and is reposted here with permission.